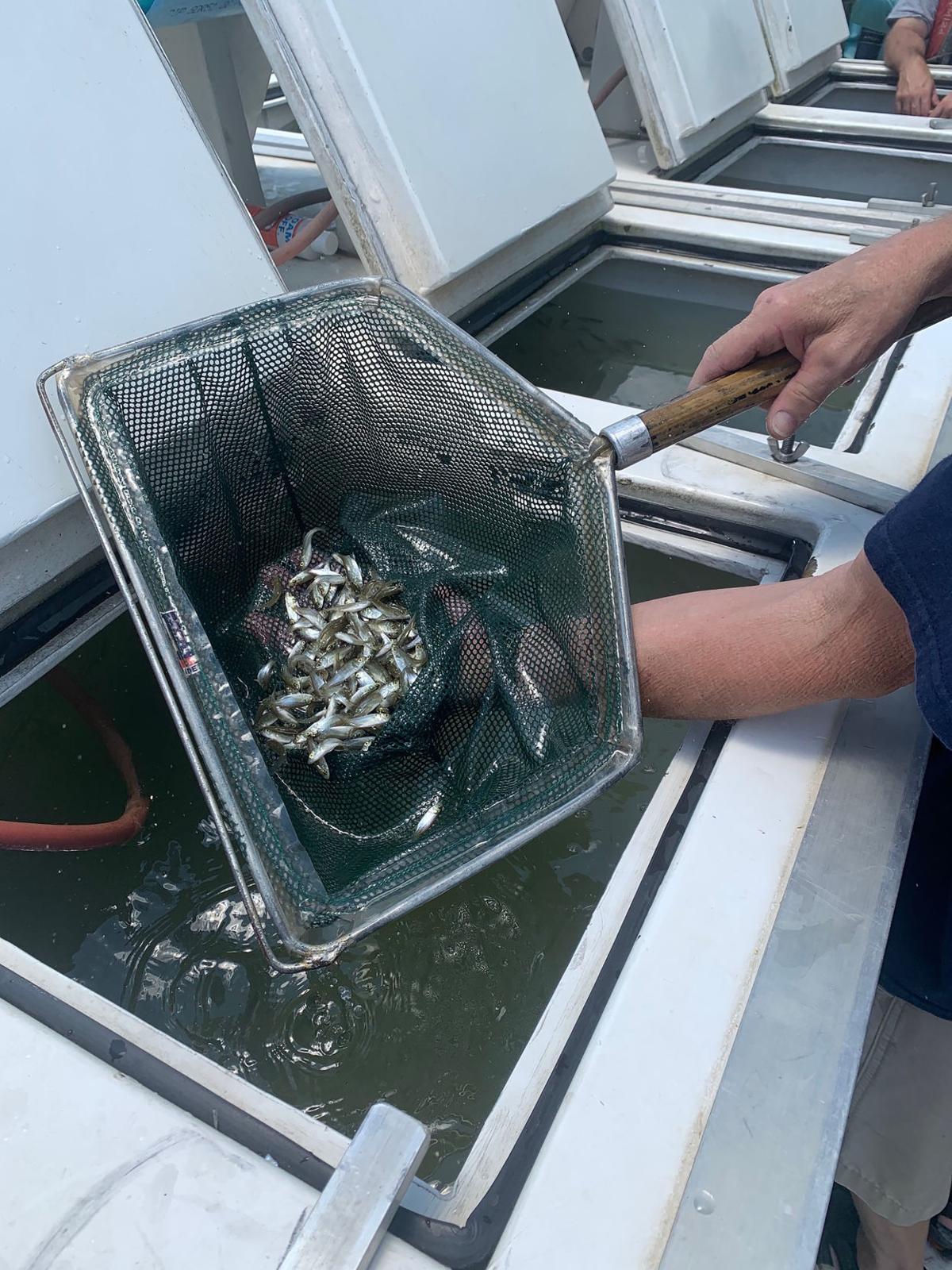 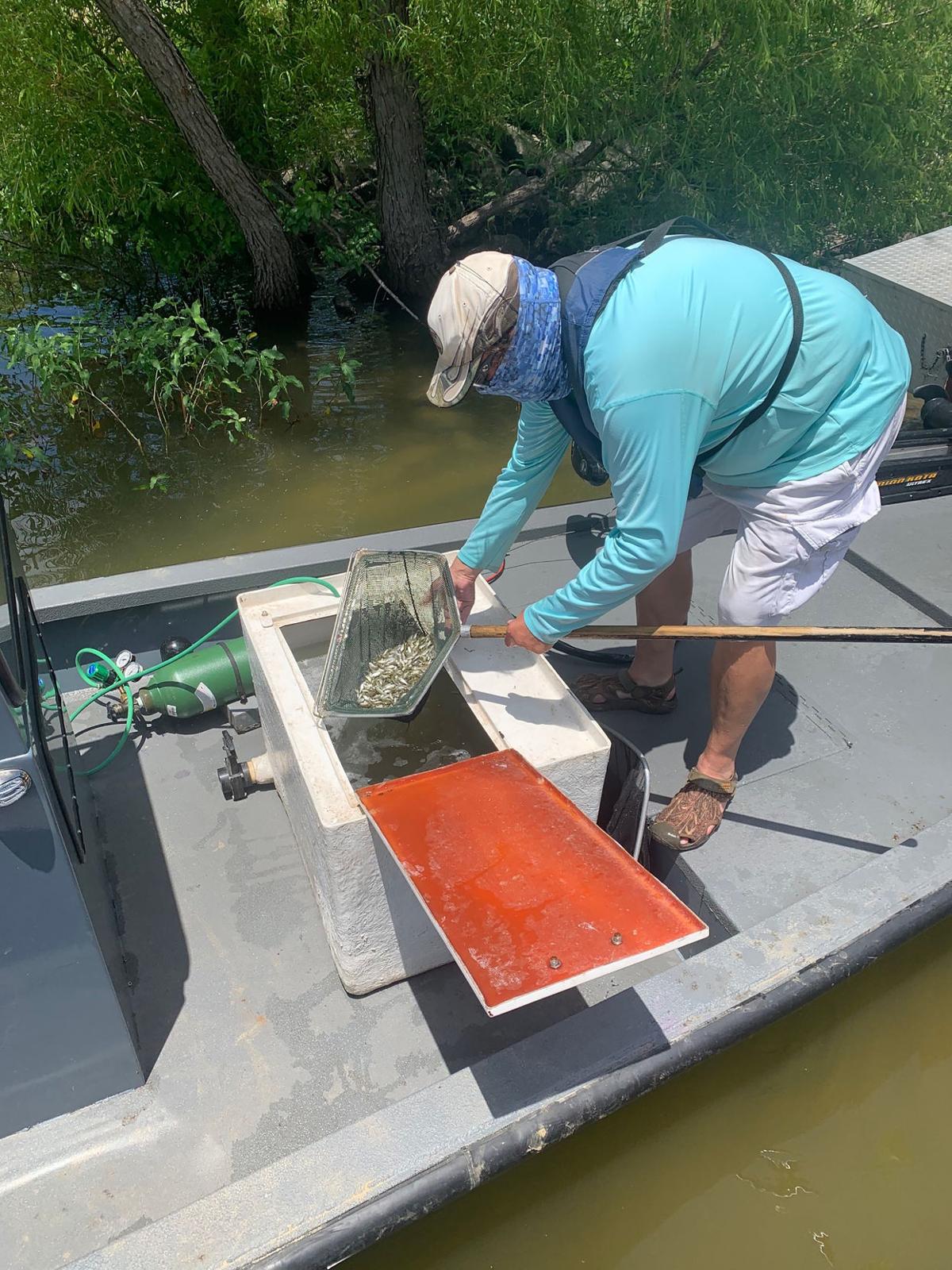 Years ago the Beatles sang about a little help from their friends. If there was ever a time everyone and everything could use a little from others, it would be this year.

“Florida bass production was delayed as a result of the partial facility closures,” Todd Engeling, Hatcheries Chief, said. “We resumed spawning activity the first part of May and have begun harvesting and stocking fingerlings.”

Engeling said by the end of the season the department expects to stock 48 reservoirs with an estimated 3- to 4-million fingerlings, about half the normal production.

While this may have a minor, short-term impact on Florida bass genetics, it should not impact fishing, which is more dependent on natural spawning within a reservoir.

Production of hybrids and stripers is down partly for the staffing issue, but also because of flooding. Hatchery production for these two fisheries is much more critical because wild reproduction is limited for stripers in Texas and non-existent for hybrids. Missed stockings, especially over multiple years, can be more noticeable with these put-and-take fisheries.

The East Texas Fish Hatchery at Jasper was able to begin limited production of Sunshine Bass, a white bass female/striped bass cross, in March, but because of partial closure of the facility later in the month through April the fish had to be held in hatchery ponds longer than normal. The state has about 30 lakes with viable hybrid fisheries and 14 more with stripers.

“Sunshine bass fry produced in early March had to be held in hatchery ponds until we felt it was safe to harvest and distribute the fingerlings given statewide stay-at-home or shelter-in-place orders. In general, holding fingerings in ponds past the target size of 1.5 to 2 inches results in reduced production,” Engeling said.

Production of Palmetto bass, a striped female/white male bass cross, was also impacted by the reduced collection of stripers this spring. Typically the department produces three times or more the number of Palmetto bass that it does Sunshine bass.

To make up the difference, the Lake Tawakoni Sportsmen’s Association stepped up with $15,000 to purchase 70,000 Sunshine bass from a private Arkansas hatchery that were recently stocked in the lake. Working with the association, TPWD brought out its boats and staff to properly release the fish.

With this year’s stocking the LTSA has released more than 400,000 hybrids since the organization’s formation in 2003. It does not release fish annually, but waits until its built up a sizeable bank account from its annual white bass tournament and auction.

LTSA is one of three groups that have supported their lakes by funding the purchase of fry and fingerling hybrids for their lakes over the years. The others are at Lake Buchannan and Lake Ray Hubbard.

TPWD first stocked Tawakoni with hybrids in 1975 and stripers in 1979. The 38,000-acre lake has earned a reputation as one of the state’s best fisheries for the two species. The hybrid record on Tawakoni is 15.25 while the record for a striper on the lake is 22.5.

The standard stocking rate for hybrid and striper fingerlings is 10 per acre. That works out to a total of about 380,000 at Tawakoni. However, a TPWD study showed that if done properly and at a high enough rate hybrids and stripers could successfully be stocked as younger and smaller fry. This allows LTSA to get more bang for its buck when funding a release.

With any luck, 2020 is a one-off kind of year and TPWD’s hatcheries are back in the fish production and delivery business in 2021.