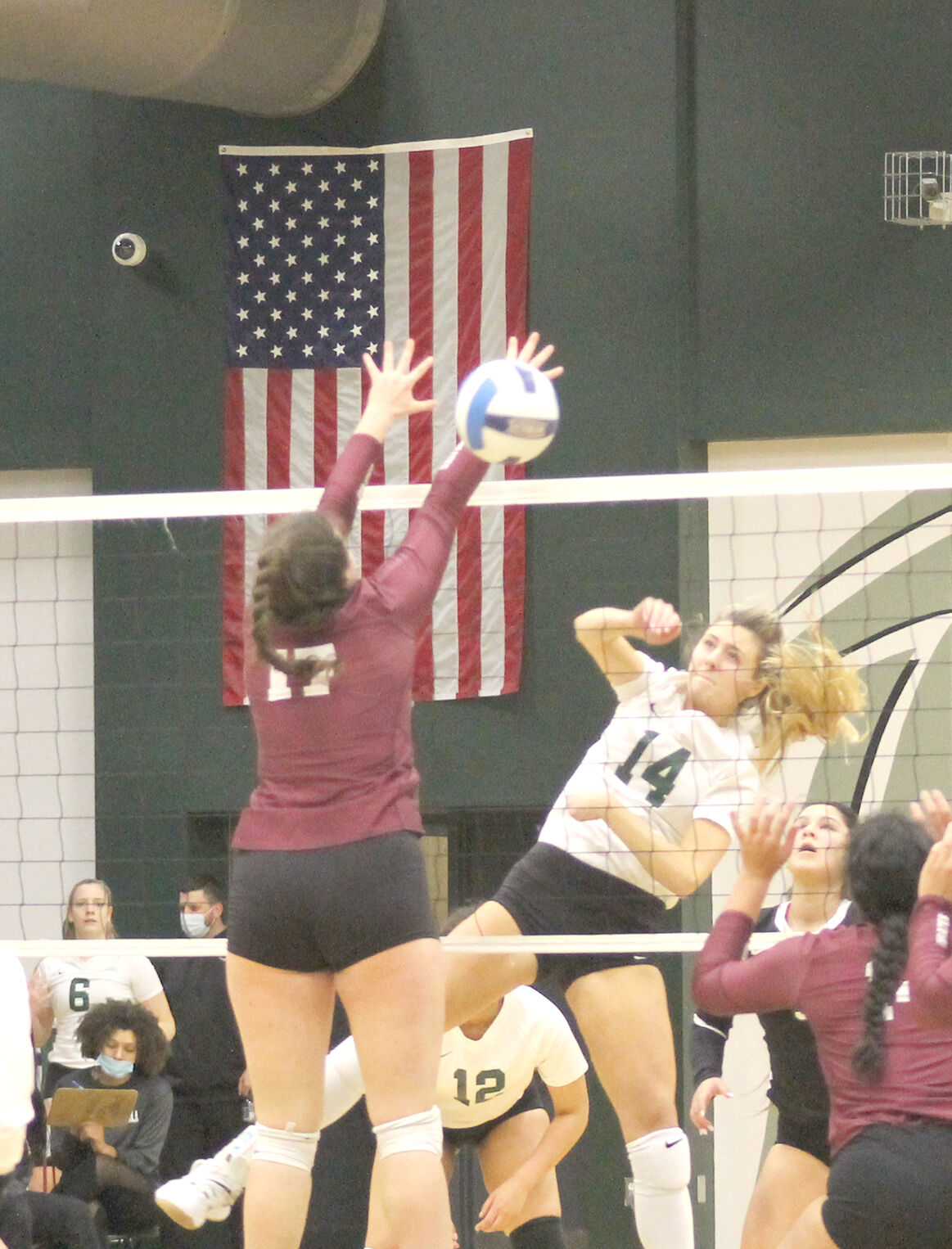 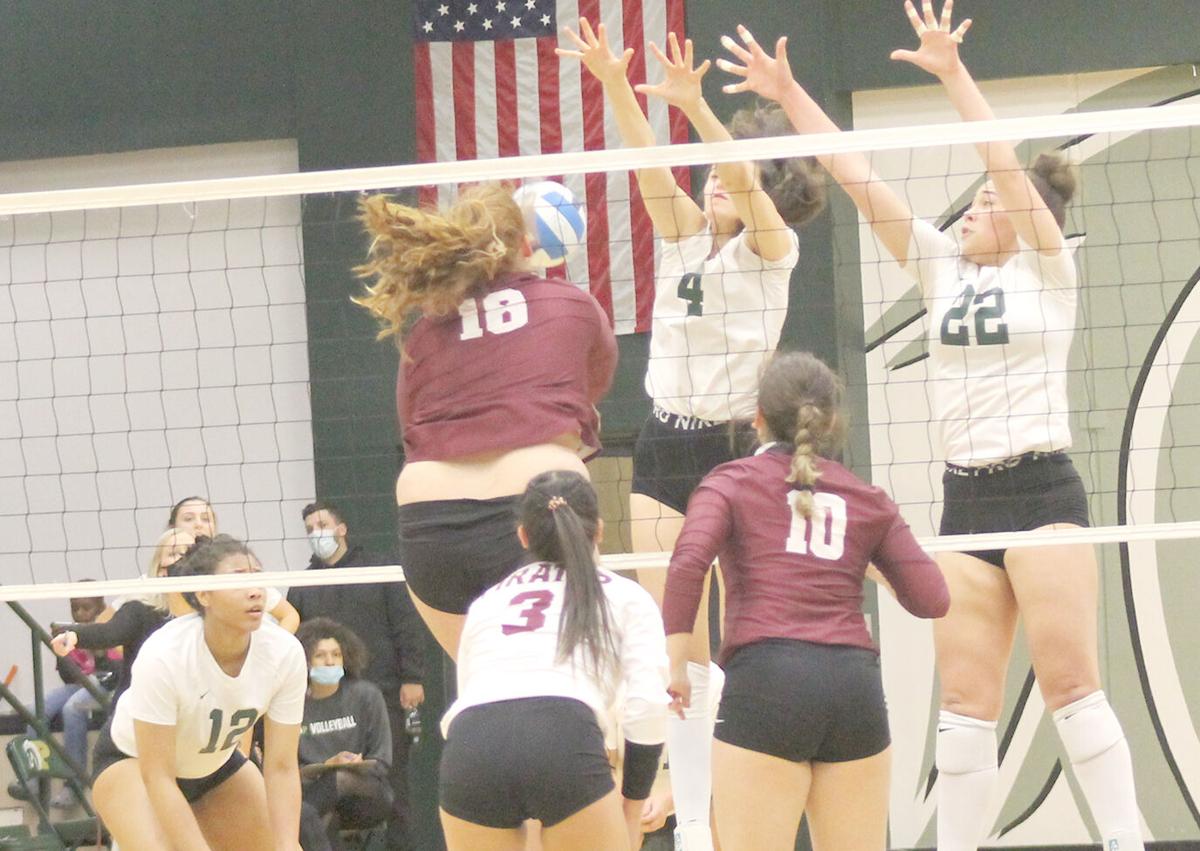 Panola College’s Sara Kayadibi (4) and teammate Nyah Walker (22) go up for a block in Thursday night’s match against Victoria College. The Fillies won 3-0.

Panola College’s Sara Kayadibi (4) and teammate Nyah Walker (22) go up for a block in Thursday night’s match against Victoria College. The Fillies won 3-0.

The Panola College Fillies appear to be picking up play in the second semester very well, dominating play early and picking up a national ranking along the way.

The Fillies were scheduled to play their next three matches in a row on the road, but the school has already canceled its matches from Monday through Thursday, missing matches against Wharton County and Trinity Valley.

“I not used to things like that,” Panola Coach Nicole McCray said. “We don’t usually have games effected by the weather. It’s just one other thing for us to get used to this year.”

The Pirates managed to stay close to the Fillies in the first set, despite the play of Hannah Stallings, Michaela Johnson and Erin Perez, who helped open up a 10-7 lead.

Panola would go on to go up to 17-12 and they would finish strong with a Sarah Kayadibi kill finishing things off.

“I was very proud of the serving and passing we did tonight,” said McCray. “It was a total team effort. The back row kept us in the system and allowed us to spread the court against a great Victoria team.’

The back row consists of Erin Perez, Chesney Baker of Carthage and Walker.

It was the Pirates who would take control early in the second set, jumping out to a 4-0 lead. The advantage grew 10-6 before the Fillies started their comeback.

An Erin Perez ace gave the Fillies a 12-11 lead and the play of Cassidy Cole, Erin Perez, Jazmine Perez and Walker helped the home team win the second set.

That proved to be a little foreshadowing as Perez, a freshman from Corpus Christi, had 10 straight service points to put the home team up 10-0.

The Pirates did fight back, but the Fillies kept their lead around 10 points most of the match, thanks to kills by Cole and Kayadibi and a pair of kills to close out the match by Walker.

Walker finished the match with 17 kills, while Kayadibi had six kills and four blocks and Cole had five kills. Erin Perez had 19 digs, Baker had 13 digs and Johnson had nine, and Jazmine Perez had 29 assists.

“As usual, we got a big game out of Nyah Walker,” McCray said, “and Michaela Johnson was very consistent. In order for us to play at the level we need to be at, the back row has to come through.