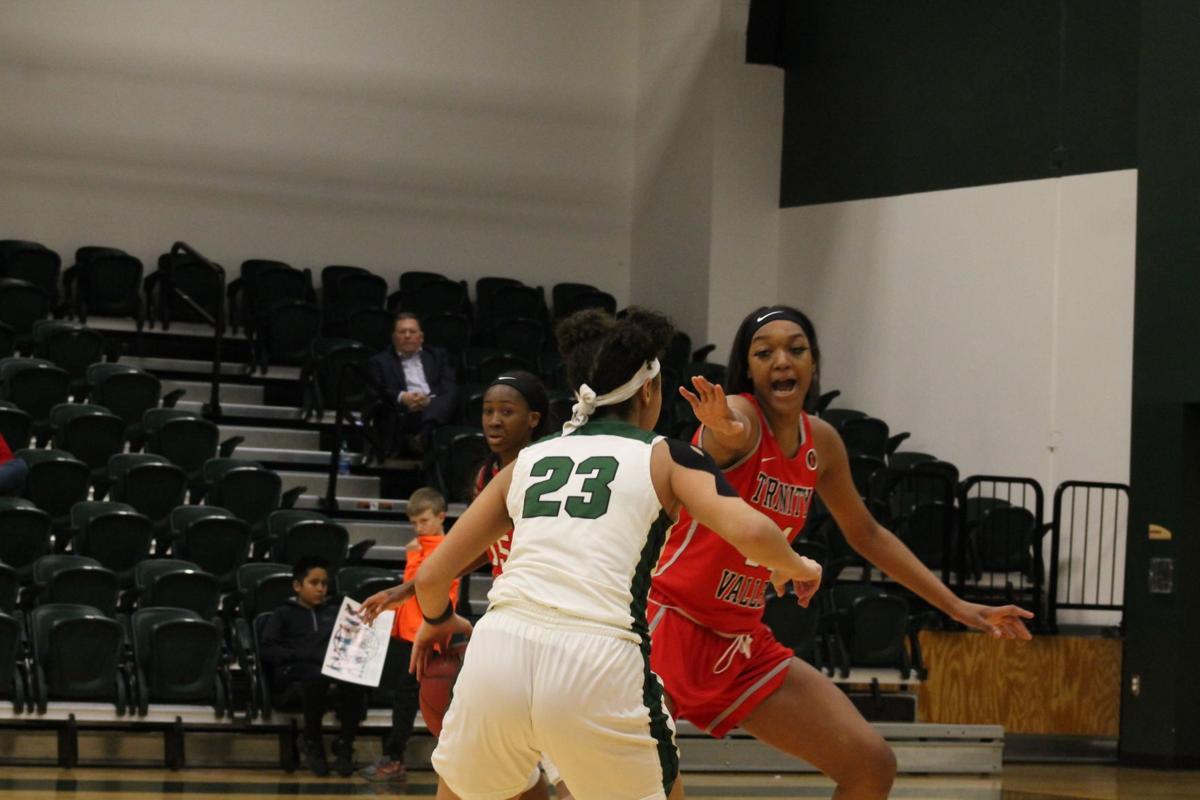 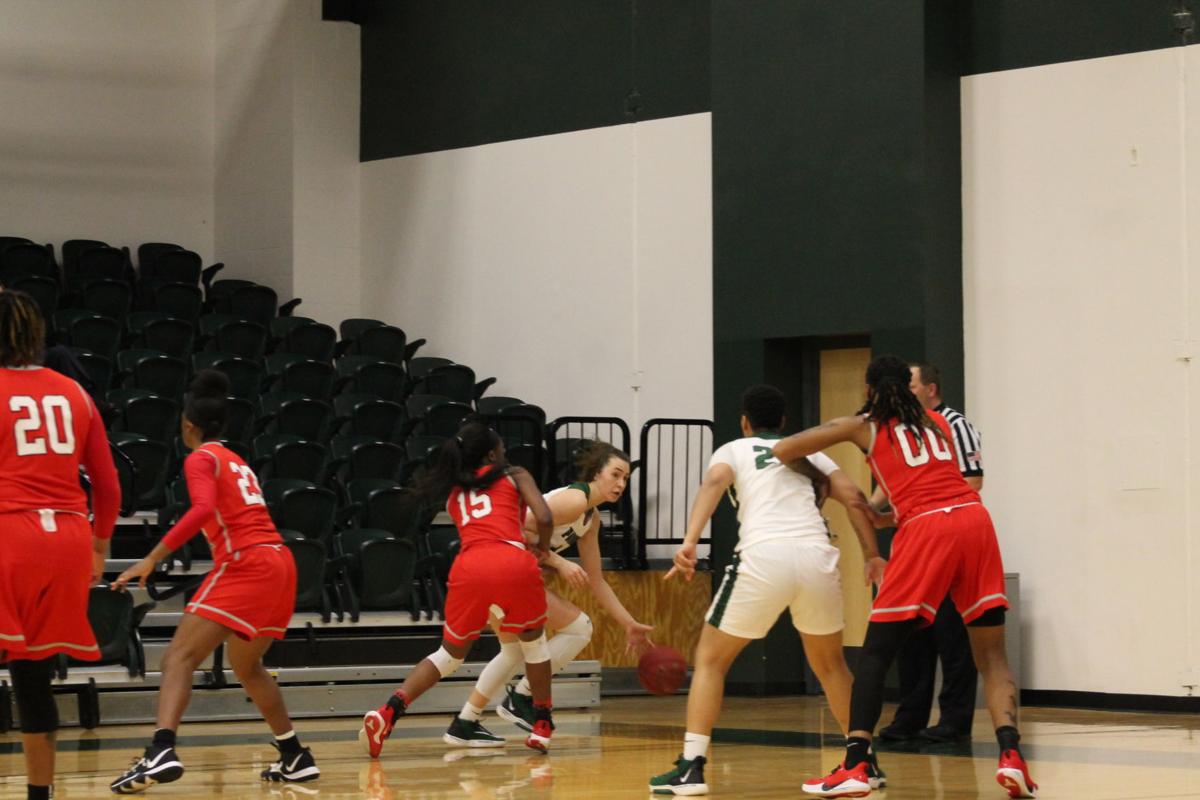 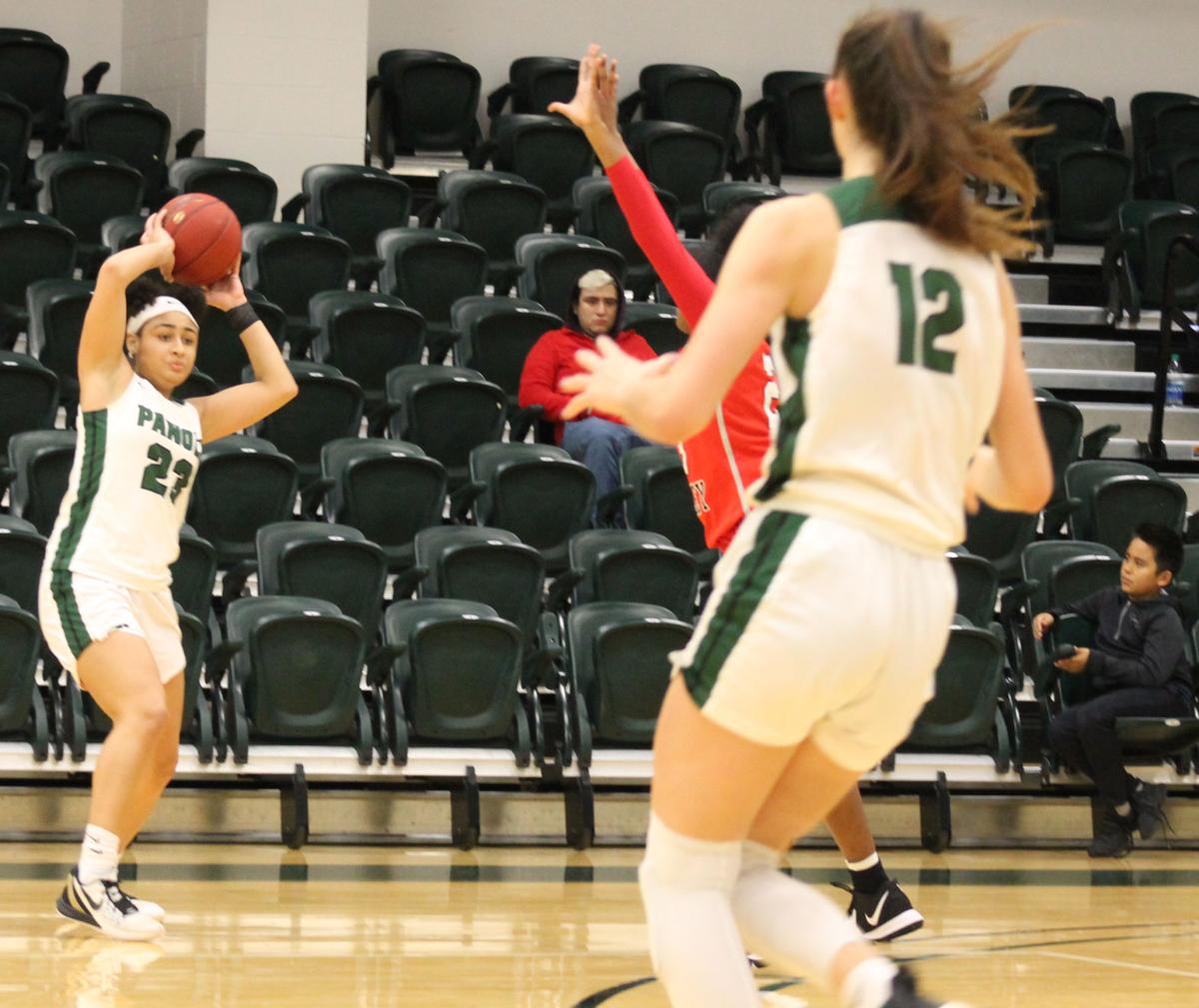 Shonnyvelle Regalado (23) has to put a little something extra on her cross-court pass to teammate Daryna Bacharova (12) as a Trinity Valley player tries for a steal. 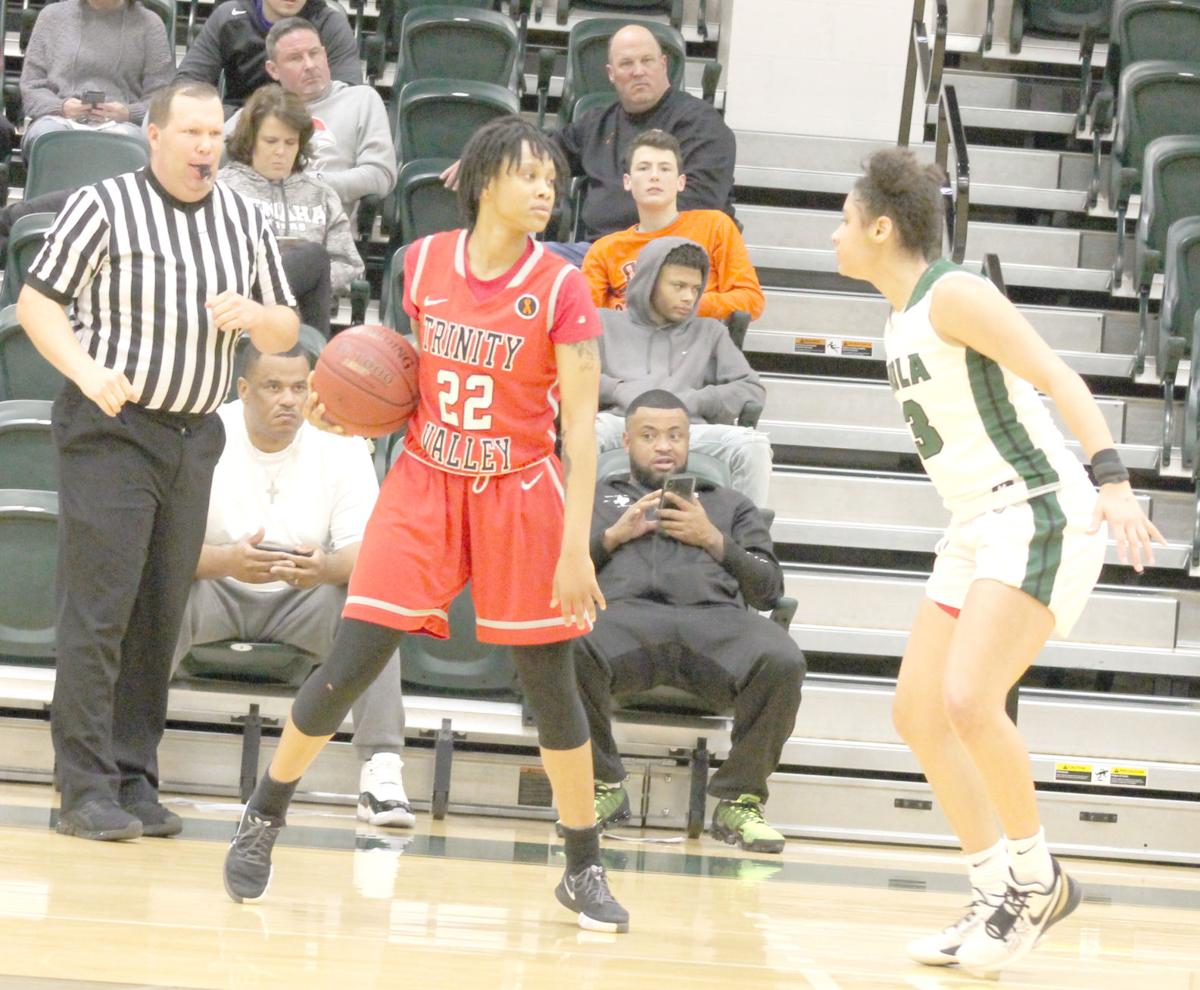 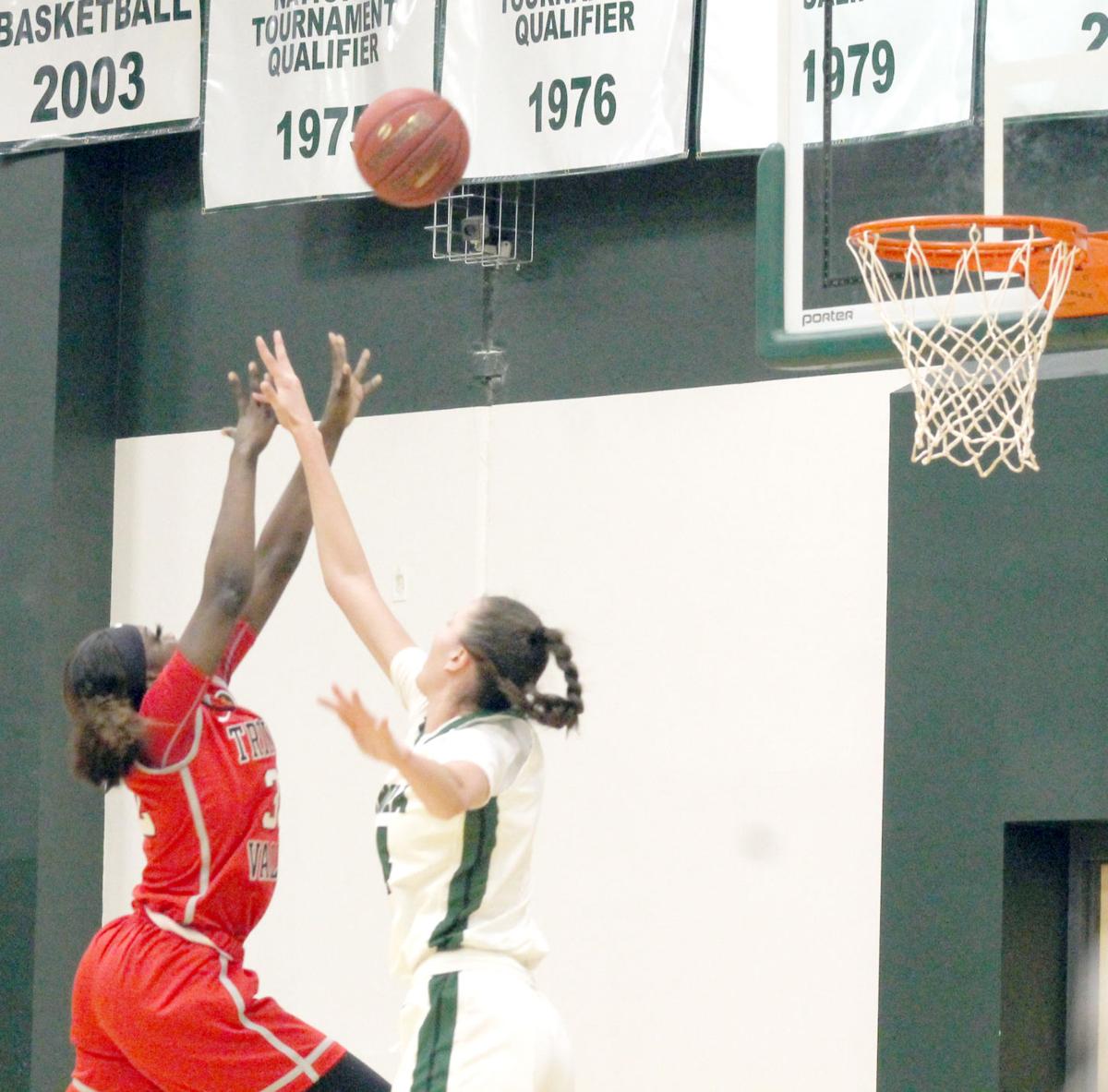 Shonnyvelle Regalado (23) has to put a little something extra on her cross-court pass to teammate Daryna Bacharova (12) as a Trinity Valley player tries for a steal.

The team shot a dismal 26 percent from the field — both inside and outside the 3-point arc — and only made 46 percent of their free throws against the No. 2 Cardinals in Arthur Johnson Gym.

Furr was quick with her assessment. “We played scared.”

“When your leading scorer only scores six points, you’re going to struggle,” Furr said. “We had a real good game plan and they didn’t execute it. It looked like everybody lacked confidence out there.

“There’s no excuse for us to be like that, either. We’ve proved that we can hang with tough teams — we beat Tyler at their place. Trinity Valley is a dynasty, and we see those red jerseys and we’re scared.”

Scared or not, the Fillies (12-11, 8-5) still have a lot to say about their playoff seedings as they are currently fourth and of the five games left; only second-place Tyler Junior College is ahead of them in the standings. They are at Coastal Bend on Saturday before returning home to play TJC next Wednesday.

The Fillies actually led in the game after one period, 10-7, as both teams got off to slow starts.

Daryna Bacharova hit a 3-pointer early in the second quarter to put the Fillies up 15-11, but they would not be any closer than three the rest of the way.

TVCC used another 10-0 run to go up 56-36. Neither team did much scoring after that as a single Panola free throw was the only point scored in the final three minutes.

Shonnyvelle Regalado led the Fillies with 12 points, but was 4 of 22 from the field. Barbara Zieniewska had seven points, eight rebounds, three assists and four steals, Bacharova had six points, six rebounds, four assists and three steals, while Kelllymar Ramirez also had six points for Panola.

“We just need to move on now and play the next five games,” Furr said. “They’re all winnable games. You don’t look at the schedule and count wins. You’ve got to play them all. But I believe we can win them. I just have to have a team that believes it and will do it.”