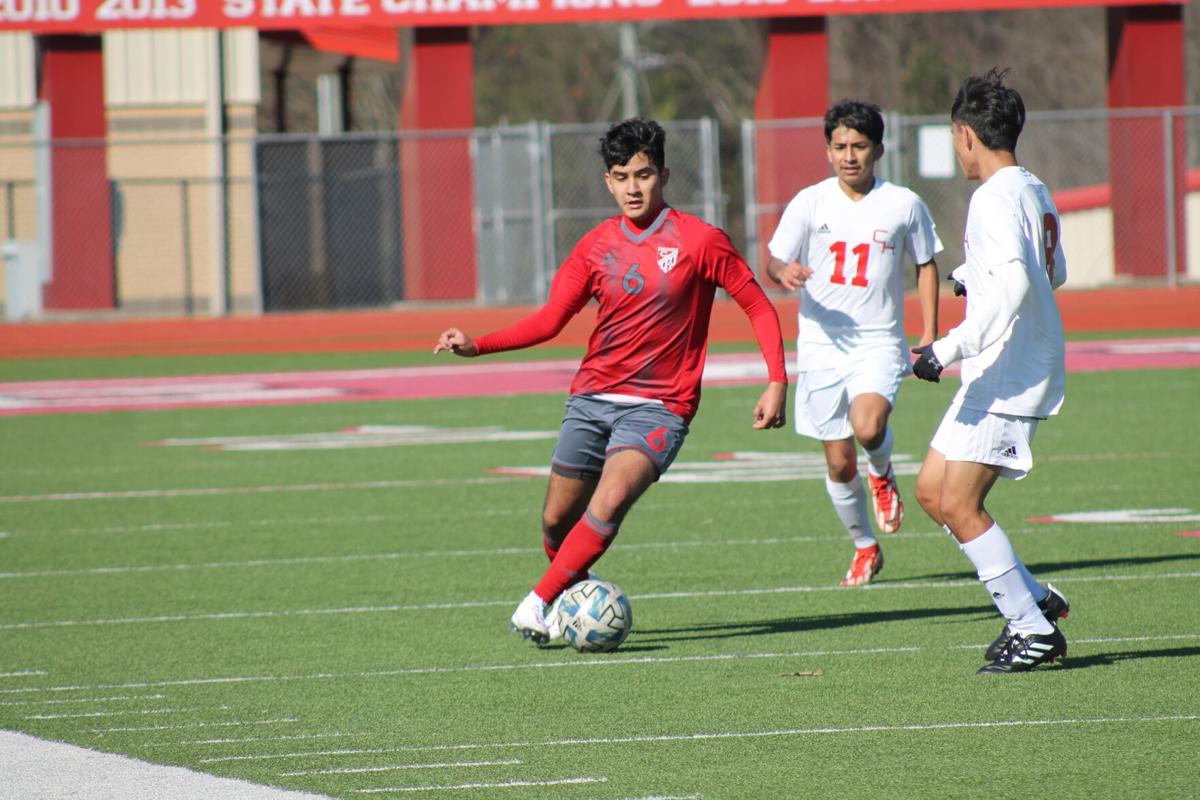 Carthage's Christian Barcenas dribbles up the field against Mount Pleasant Chapel Hill in both teams' season-opener on Tuesday afternoon at Bulldog Stadium. 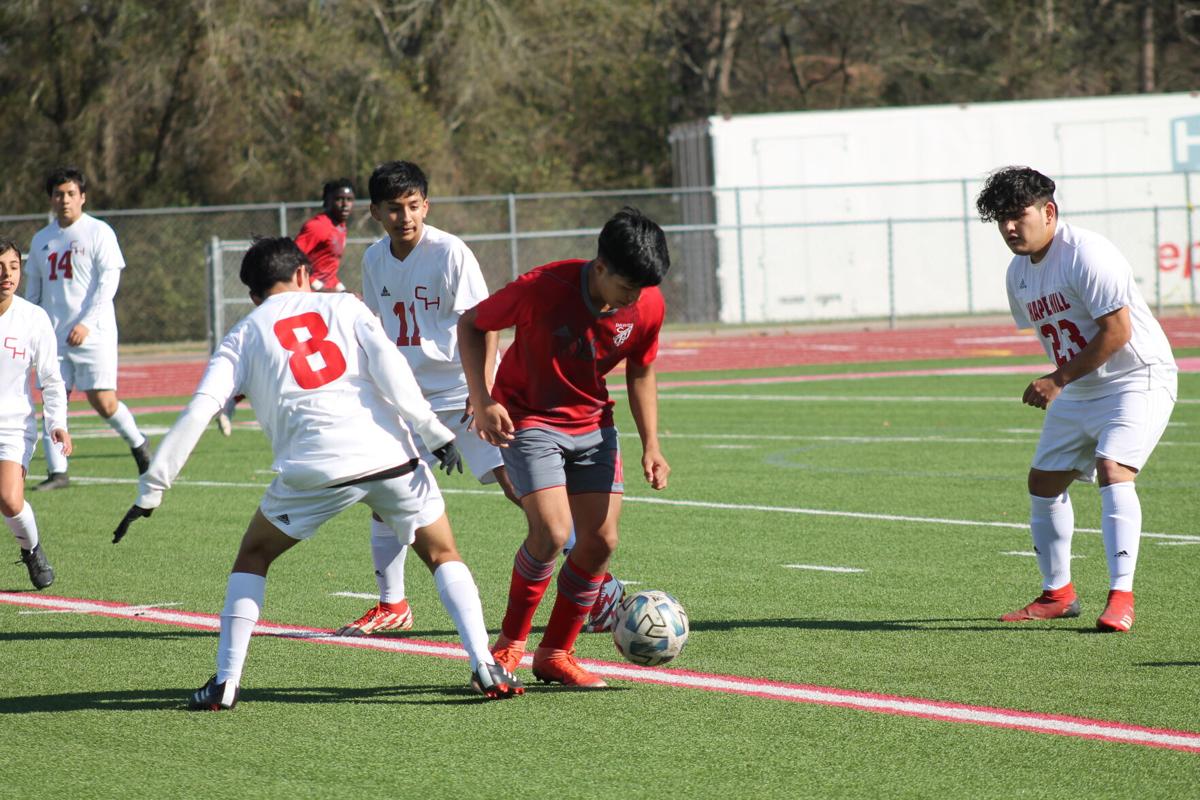 Carthage's Christian Barcenas dribbles up the field against Mount Pleasant Chapel Hill in both teams' season-opener on Tuesday afternoon at Bulldog Stadium.

Marcos Netro scored the first goal of the game off a header from a corner kick by Oscar Mejia, then the floodgates opened up for the Bulldogs.

Dee Delaney answered just six minutes later to tie it 1-1 off of a cross from Adrian Lopez, and four minutes later Delaney scored in the 28th minute.

The Bulldogs would benefit from an own goal by Chapel Hill before Eduardo Hernandez scored in the 39th minute.

Lopez would score off a cross from Hernandez (51st minute), and Daniel Salazar would score just three minutes later. Erick Picazo scored goals in the 75th and 79th minute.

Carthage will compete in the Pine Tree Tournament starting on Thursday.

Montrel Hatten scored a game-high 18 points, but the Carthage boys basketball team simply ran out of gas late as the Bulldogs fell 61-51 to host Liberty-Eylau.

K.D. Bell scored 17 points while Anthony Riggans and Will McDaniel rounded out the scoring for the Bulldogs with eight points each.

Carthage (2-5) led Liberty-Eylau 47-44 after three quarters before only scoring two field goals in the final frame.

The Bulldogs will visit Pleasant Grove on Friday at 7 p.m.

The Gary boys basketball team split a pair of games over the weekend.

The Bobcats were to able to recover the following day with a 50-28 win over Laneville on New Year’s Day.

The Bobcats will visit Shelbyville on Friday in district play.