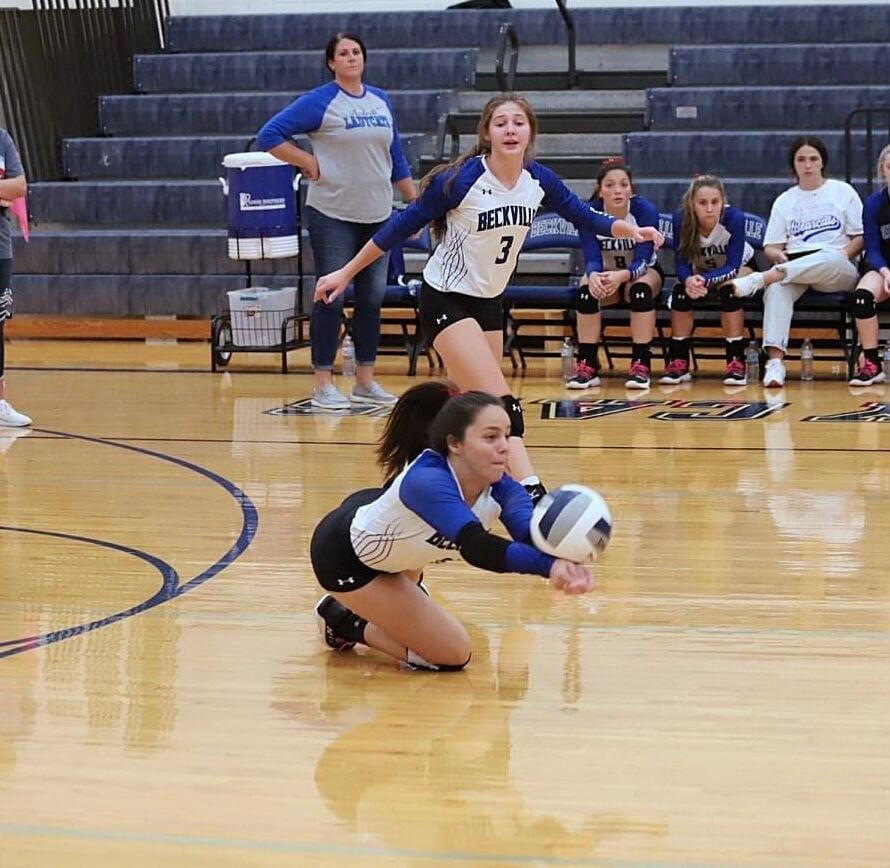 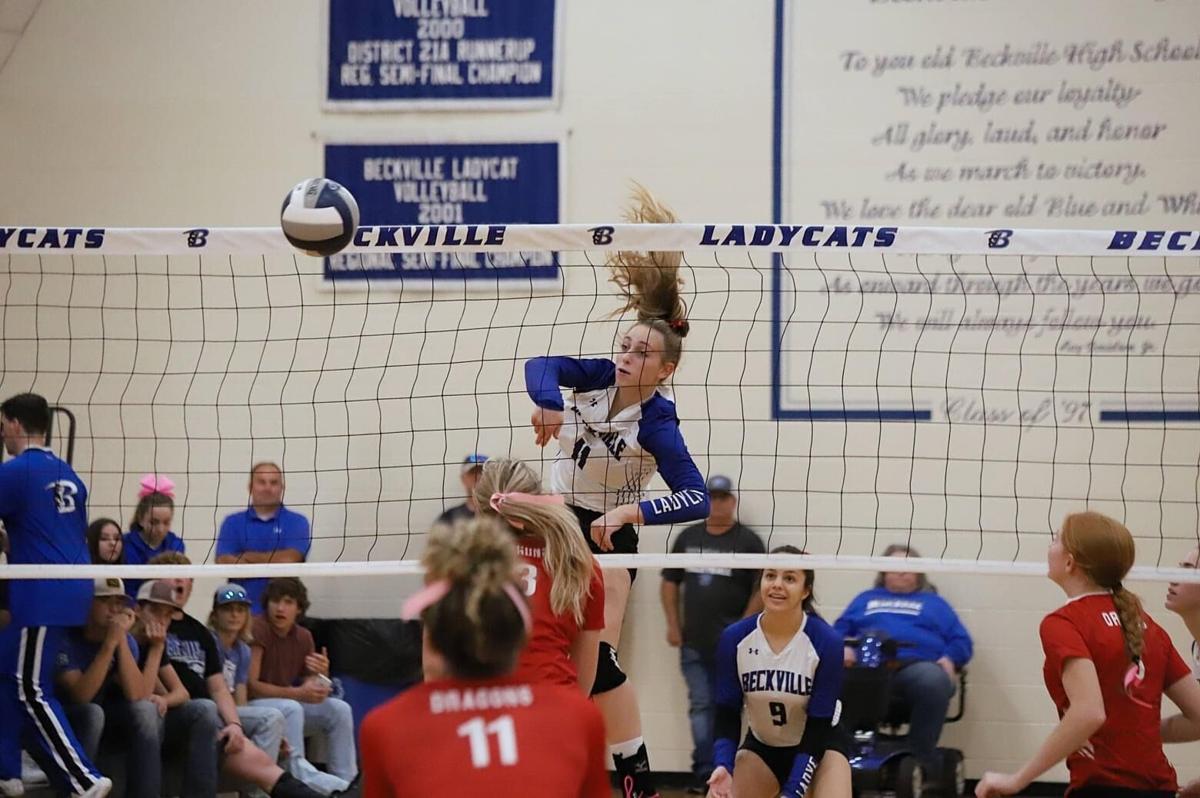 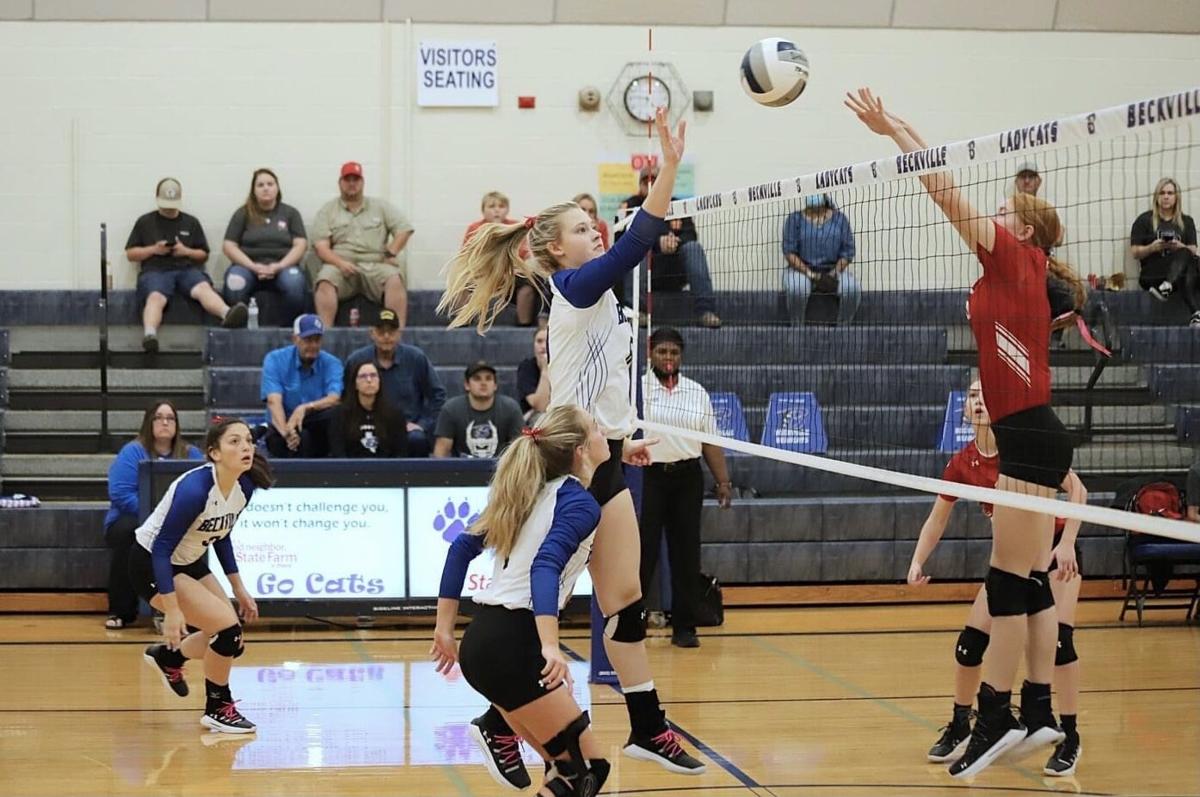 Beckville’s MJ Liles bumps a ball over the net in last Friday’s District 20-2A matchup against Shelbyville.

Beckville’s MJ Liles bumps a ball over the net in last Friday’s District 20-2A matchup against Shelbyville.

The Beckville Ladycats volleyball team — the No. 2-ranked team in Class 2A — wrapped up their first half of District 20-2A play all with clean sweeps, capped by last Friday’s 25-15, 25-13, 25-10 victory over visiting Shelbyville.

Avery Morris had 16 kills, five digs and a pair of aces and Kinsley Rivers had a double-double with 15 kills and 10 digs to lead the way.

With the win Beckville improved their overall record to 35-3 and 5-0 in District play.

The Ladycats will visit San Augustine on Friday at 4:30 p.m.