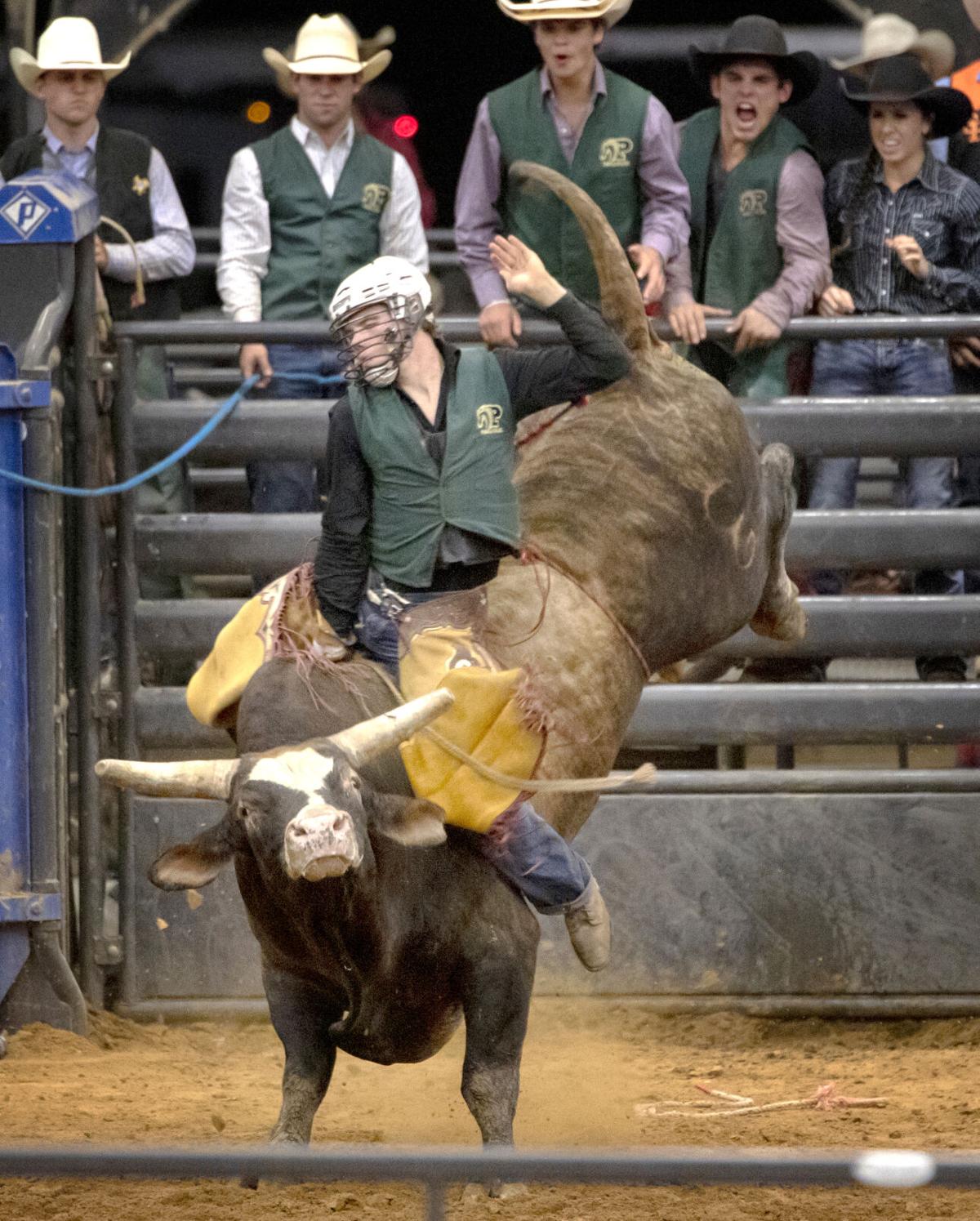 UVALDE — The Panola College Rodeo team remains on top of the men’s division of the Southern Region after they finished fourth overall at the Southwest Texas Junior College Rodeo last weekend.

Also Michael Womack and Clint Franks finished fifth and sixth, respectively in the saddle bronc, and Seth Rustin, who finished seventh in the bulls.

Jade Kenney, Abbie Muckleroy, and Neely Grover led the way for the Fillies team as they posted points in their events.

Kenney placed sixth and Muckleroy placed eighth in the barrels. Grover ended up fifth in the goat tying to round out the Fillies scoring.

The Ponies remain on top of the Southern Region after winning the Panola Rodeo and last weekend’s fourth-place finish.

The Fillies slipped to fifth place overall in the Southern Region after the win at the Panola Rodeo and the ninth-place finish this past weekend.

The Panola Rodeo team will be back in action next weekend at the Northeast Texas Community College Rodeo in Mount Pleasant.