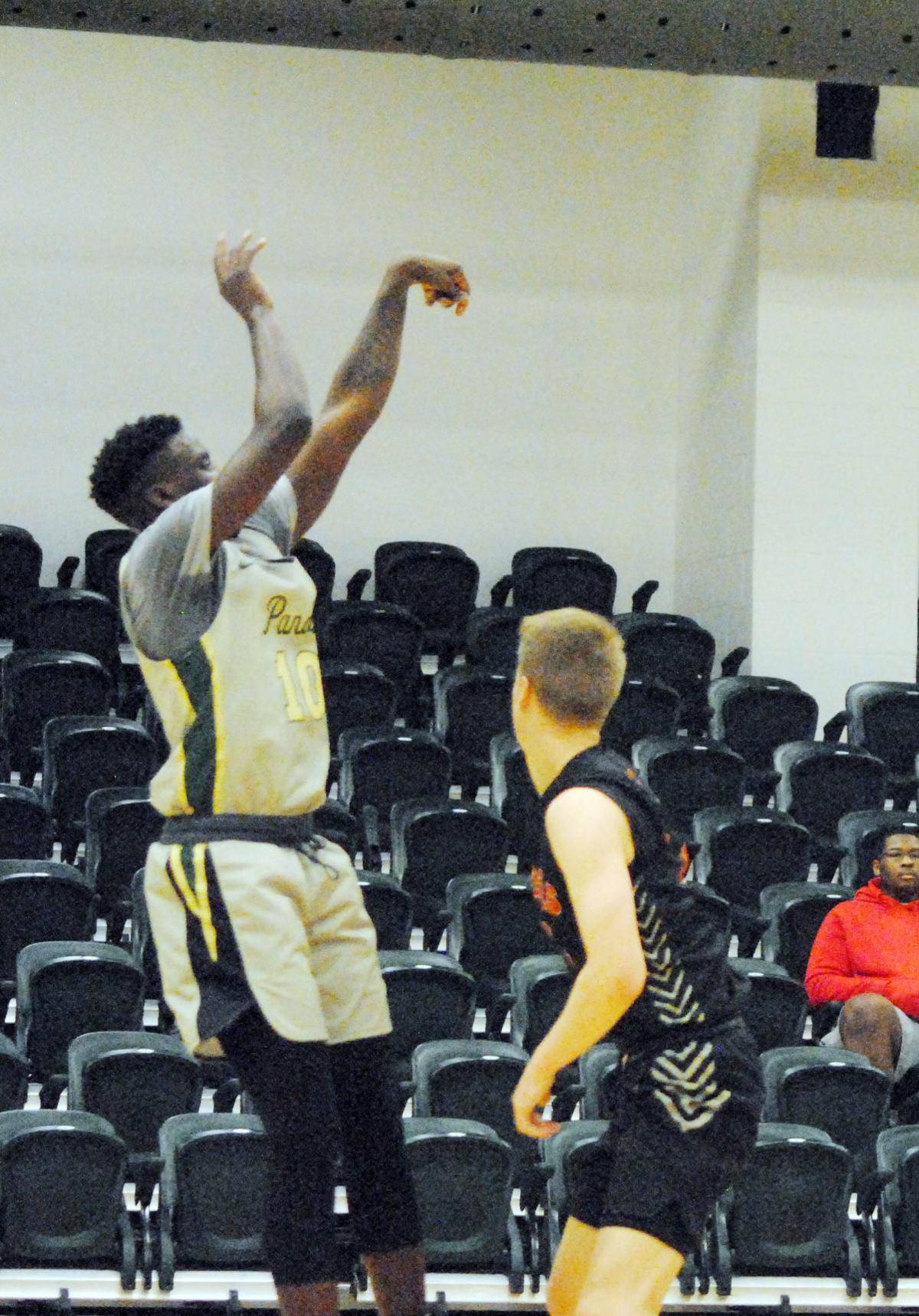 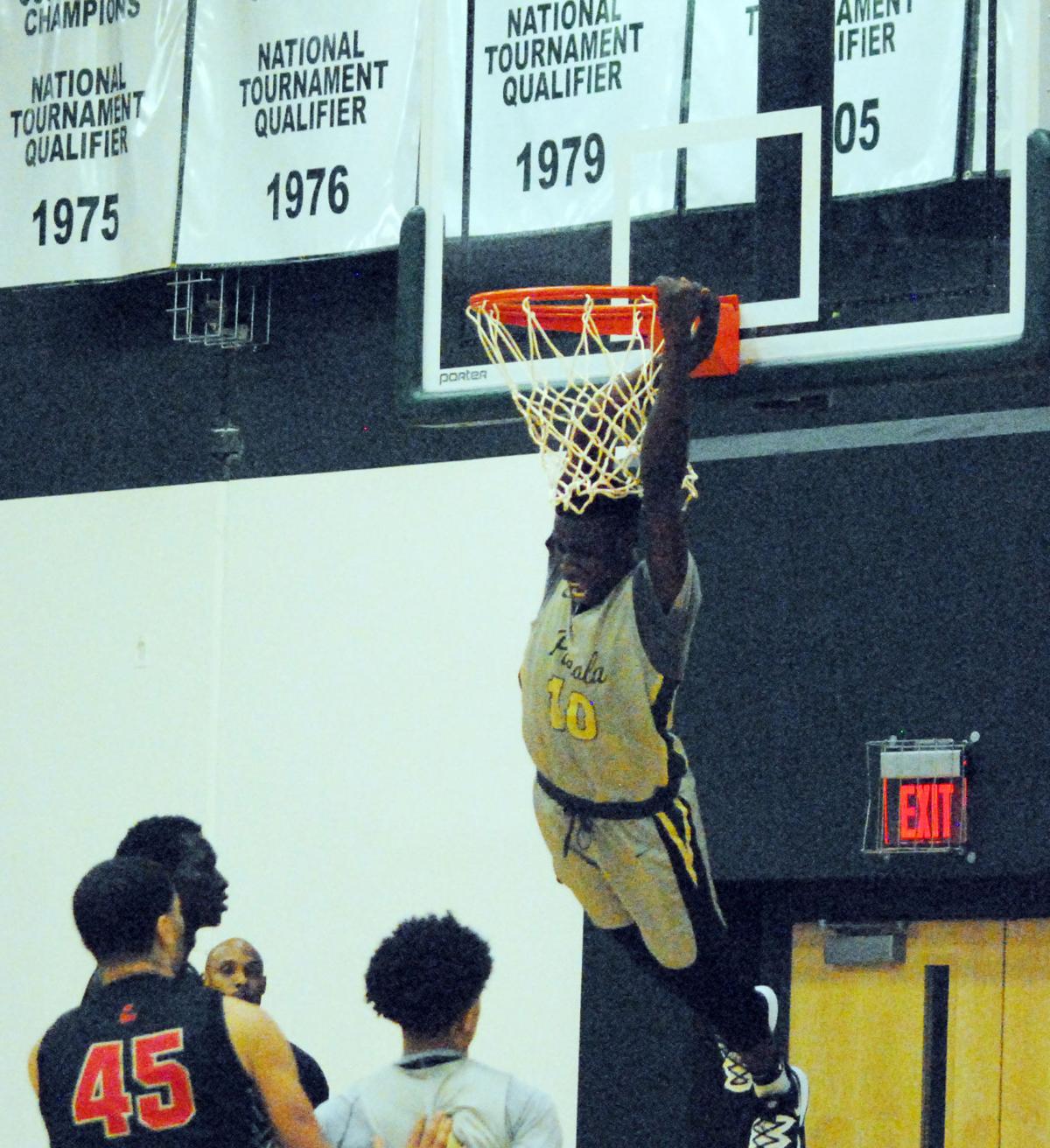 Panola College’s Jermaine Drewey (10) holds onto the rim after finishing a dunk against Lee College. The sophomore did most of his scoring from 3-point range on the night. 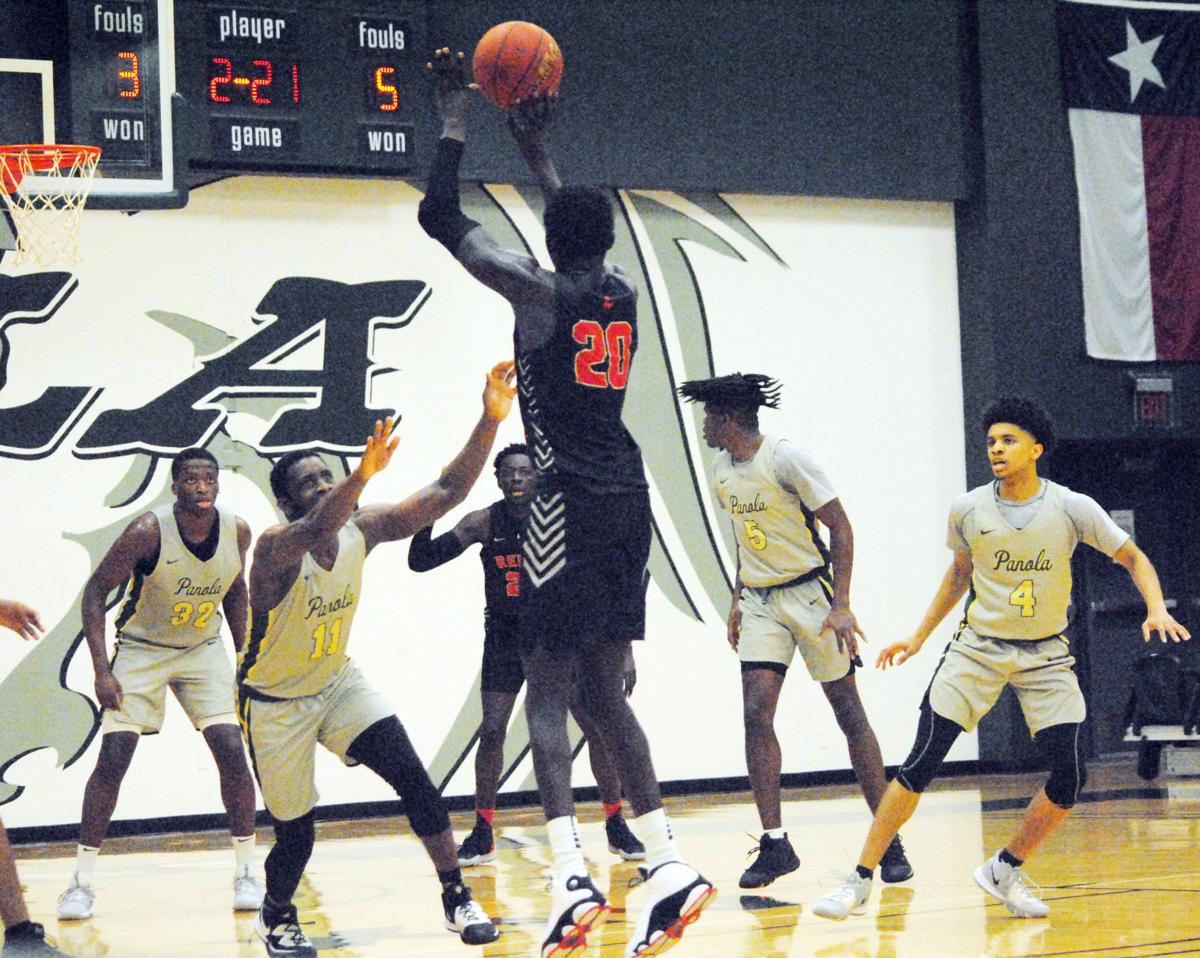 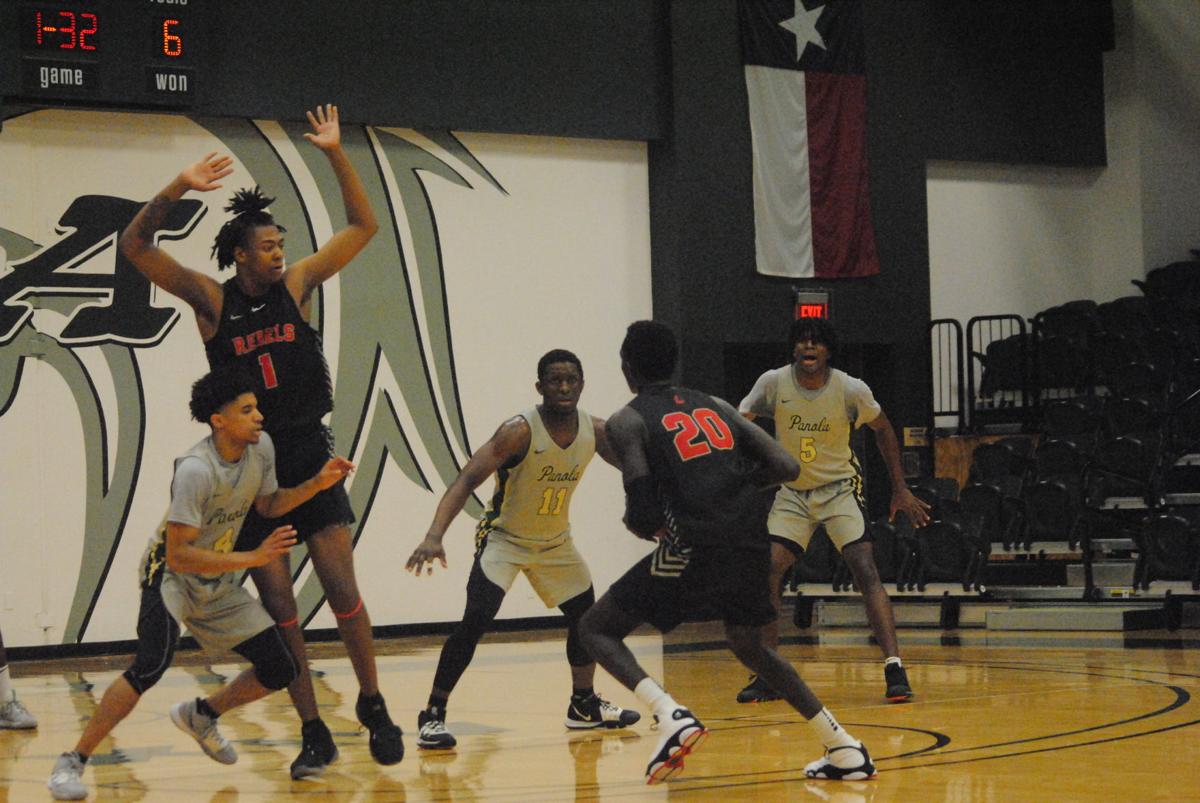 Panola College’s Jermaine Drewey (10) holds onto the rim after finishing a dunk against Lee College. The sophomore did most of his scoring from 3-point range on the night.

Coaches are usually pretty good about warning their teams when an opponent entering the game is a good shooter.

That’s because the shooting can, and will, come from almost anywhere up and down the lineup.

Saturday afternoon at Arthur Johnson Gym, it was Jermaine Drewey doing the damage for the Ponies.

The 6-2 sophomore from Houston started hot, and by the time he cooled off the Lee College Rebels didn’t know what had had hit them as they were run over by the Ponies, 93-79.

That improved the nationally-ranked Ponies to 13-2 for the season, 4-0 in Region XIV action. It was their fifth straight win.

Drewey was 7 of 12 from behind the 3-point arc, finishing with a game-high 23 points and also pulling down six rebounds. His teammates made sure he was getting the ball as the Ponies had 21 assists with Stanton Rose (6) and Kelyn Pennie (5) leading the way.

“That really helped us set the tone,” Panola Coach Aaron Smith said. “Shot-making is contagious. He’d been in a slump. It was good for him and good for us he’d put in the hard work to get his game back where it needed to be.

“He kept making them, so I left him in there a little longer. It’s a tough decision between riding out a streak or leaving a player out there too long.”

And Drewey wasn’t the only one hitting from long-distance for the Ponies as they hit 16 for the game. Kamari Brown and Christoher Coley hit back-to-back jumpers from way back to build the lead to double-digits, 35-23.

The second half saw Brown, who is the only returning player for the Ponies, show he is still a viable commodity. He and Cameron Carson, who has had his time as the “shooter,” hit back-to-back 3-pointers early in the second half to keep Panola on top.

Brown would drill two more with a Stanton Rose 3 to follow to put the Ponies up 78-56.

Brown finished with a quiet 21 points.

“He just needs the shots,” Smith said of Brown. “He played more of a scoring role last year and this is different for him. But when he gets it going, I fully expect him to really, really fill it up for us.”

Coley was the only other Pony in double figures with 13, six rebounds and three assists.

“I thought we rebounded great tonight,” Smith said of the Ponies. “They’re a little longer, but we worked harder. We had some lapses but we can afford to have a few when we’re hitting 3-pointers and they’re just hitting 2’s.”