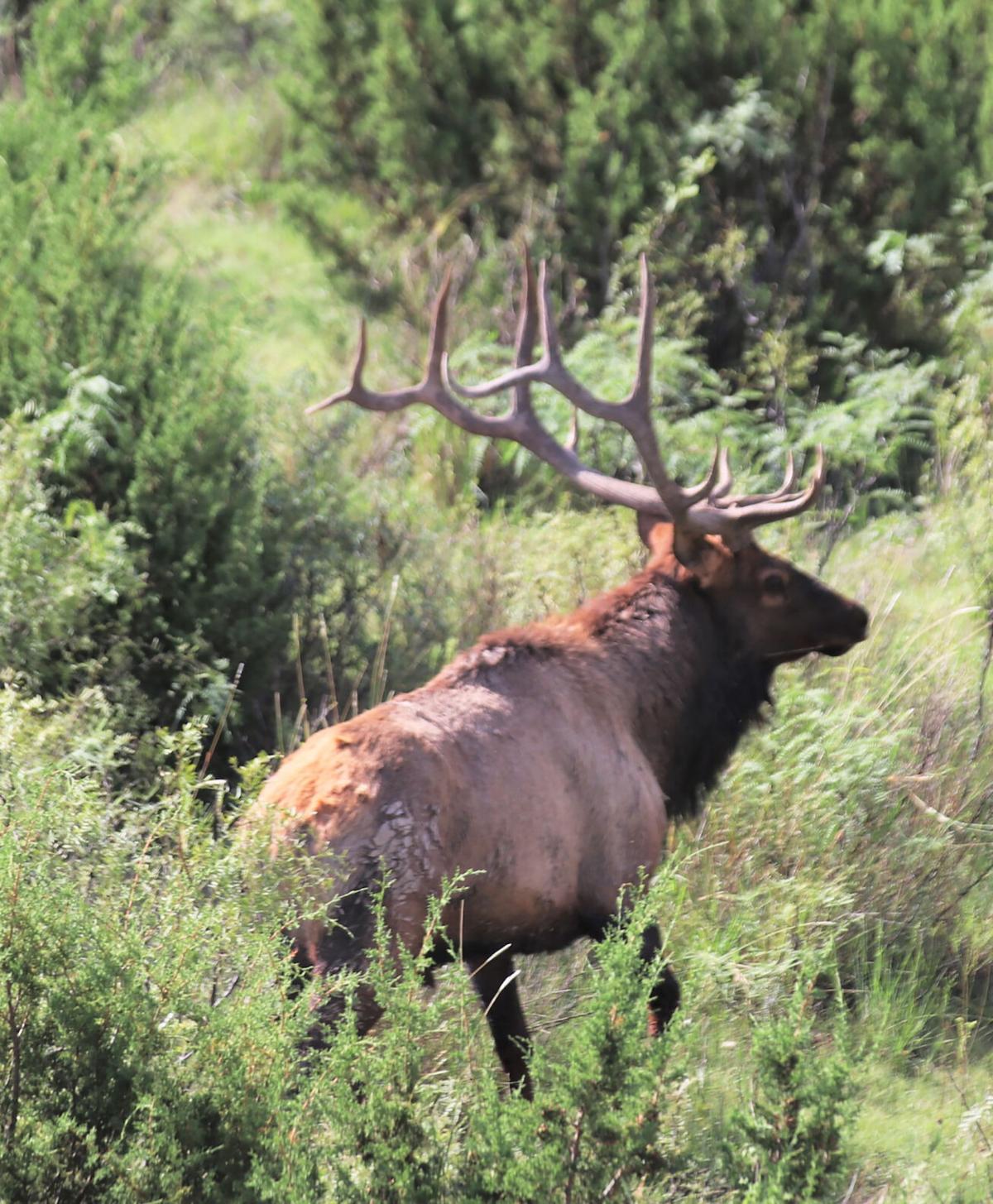 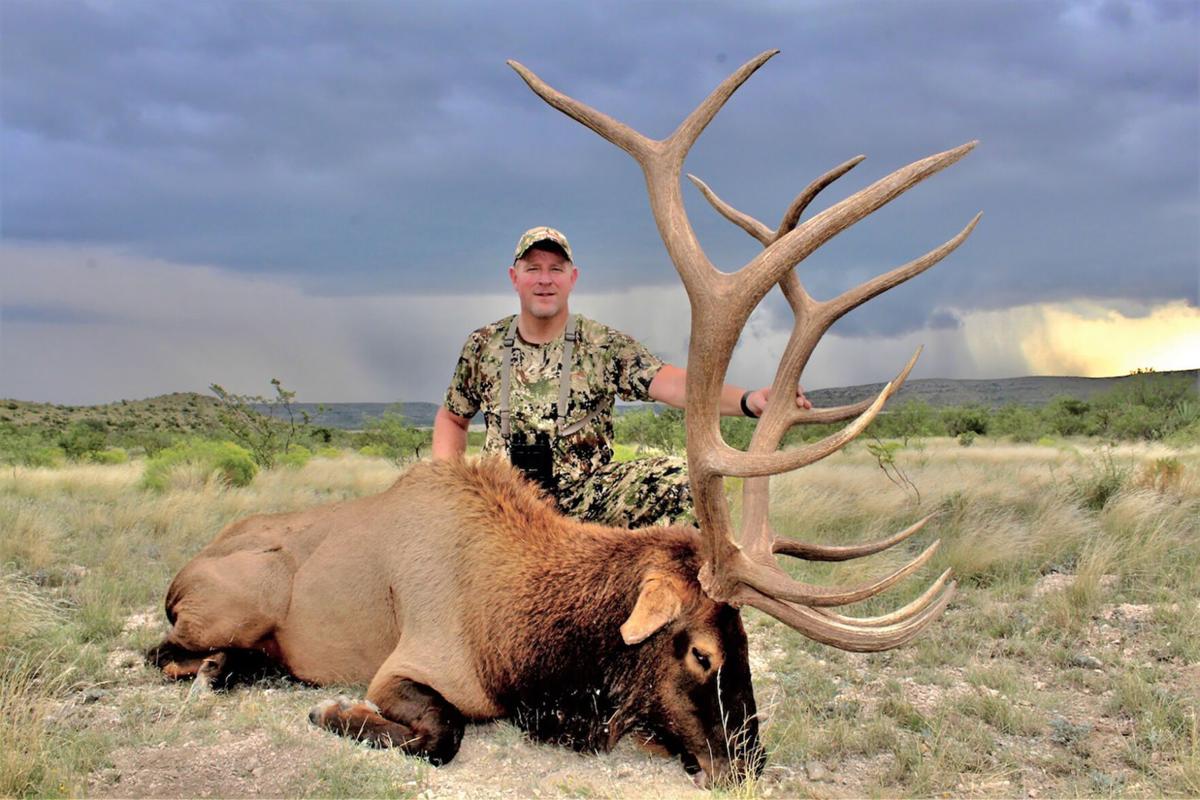 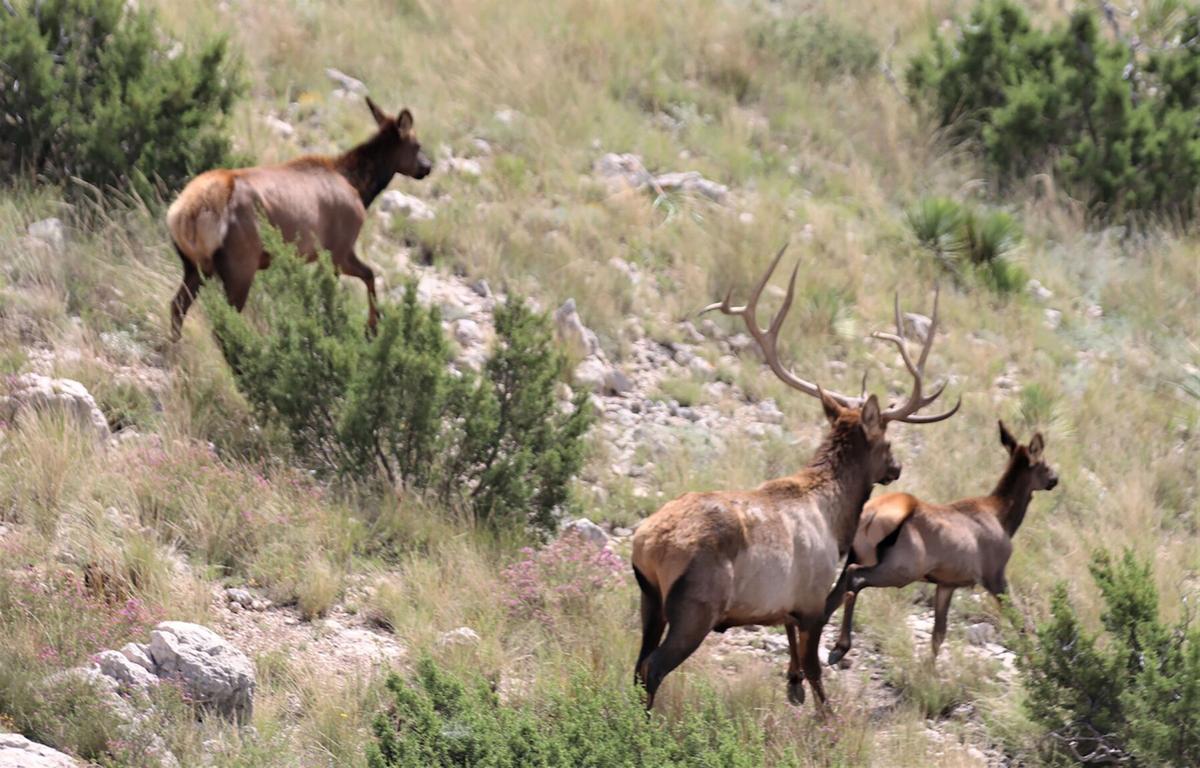 The now-extinct Merriam’s elk once roamed across much of Texas. In modern times Rocky Mountain elk have migrating into the Trans Pecos region creating some hunting opportunity.

The now-extinct Merriam’s elk once roamed across much of Texas. In modern times Rocky Mountain elk have migrating into the Trans Pecos region creating some hunting opportunity.

White-tailed deer are and always will be the big game trophy to Texas hunters. But had the state evolved differently we might have been elk hunters too.

Evidence of elk in western Texas is found in Native American petroglyphs, but there are also historical writings by explorers going back to the 1600s documenting sightings of large herds in what is today the Trans Pecos, Panhandle, North Texas, Edwards Plateau, South Texas and even the Pineywoods regions. Modern archeological digs have confirmed elks’ existence Northeast Texas.

The elk originally found in Texas were believed to be the subspecies Merriam’s elk. However, with settlers came unregulated hunting and loss of habitat to farming and ranching. The elks’ range shrunk to the Guadalupe Mountains in West Texas, and even there the last remaining animals were gone by the late 1800s. The Merriams subsequently became extinct throughout its range.

Today elk are back in the Lone Star State, but this time it is Rocky Mountain elk. Although there were attempts to restock elk as far back as the 1920s, success has come more recently in the Trans Pecos and eastern Panhandle where it is believed most have dispersed into Texas from New Mexico and expanded their free range over time.

Deer are considered a non-game species by Texas Parks and Wildlife Department so exact numbers are not known, but the population in the Trans Pecos has grown resulting in a viable herd that is still expanding its range.

“We are shooting them. We shoot some nice bulls in West Texas. This year they were a little bit off because it was so dry. Last year, 2019, was an exceptional year. I don’t think I will ever see another antler growth year like that in my lifetime,” said Greg Simons, wildlife biologist and owner of Wildlife Systems Inc., in San Angelo (wildlifesystems.com).

Those are unofficial scores. Because of their non-game status in the state, Boone & Crockett will not list the bulls in its records.

From just watching the landscape Simons said the elk population in West Texas was growing for years. Then came a period of extended drought in 2000 to 2012 and the population seemed to level out.

“From 2012 forward we went through an accelerated growth pattern, and as numbers began to grow, as wildlife populations do, they tended to disperse. Over the last seven or eight years we have seen an increase in elk numbers and an increase in distribution,” Simons said.

In the elks’ favor is that they seem more drought tolerant than the mule deer they often share a pasture with. Calf crops reaching 60- to 80-percent even in dry years are common compared to the 25 percent or less experienced by mule deer. This has helped the elk population reach critical mass, which Simons says equals population stability.

It appears that commercial hunting the elk started in the late 1980s, but it was the mid 1990s before it began to gain traction. Today’s landowners can receive as much as $10,000 for a Texas trophy elk. However, trophies are rare and most mature bulls go for less, but there is still a waiting list. Simons guesses that hunters in West Texas take between 500 and 1,000 bulls annually, but it is just a guess.

The elk are a good revenue source for those with commercial hunts or who have land with elk leased to hunters.

Simons gave an example of revenue at one large ranch that has elk, aoudad and mule deer in an area covering about 15,000 acres. That portion of the ranch grosses an extremely high for the region $8 per acre in revenue from hunting compared to $1.25 for the remainder of the property.

Even with the revenue potential the elk, along with the aoudad found in West Texas, are polarizing species. Elk were actually a game species in Texas until the 1990s when the Texas Legislature reclassified them. At issue was TPWD’s concerns that the elk would conflict with its efforts to restock Desert bighorn sheep. The department’s management plan on its Trans Pecos land is to kill non-native species, and some of its cooperating landowners in the sheep program adopted the same plan.

“I understand the serious significance of protecting such a fragile animal especially with the cash and sweat they have invested. But they are using a pretty broad brush on painting a picture of the detriment on Desert bighorn by elk,” said Simons, adding that in most instances the species habitat does not overlap.

There are also concerns about habitat conflicts between elk and mule deer. Simons said because of the fragile nature of the mule deer some landowners see a better future with the elk.

“I feel like I have to go to bat for elk for landowners that want to monetize their resource. Some say you need to kill all the elk because they are bad for mule deer. Maybe some landowners’ priority is not mule deer,” he said.

In the Panhandle concern comes from farmers facing crop loss to the animals.

In the Trans Pecos region Simons said the income from elk and aoudad could help landowners create water stations on their property, conduct predator control or other management projects.

At this point TPWD said it has no plans to change the elks’ designation back to a game species. Simons said the lack of regulations allows him flexibility in scheduling hunts, but that regulations would bring more research on elk, and help control uncontrolled on small landholdings in the region.