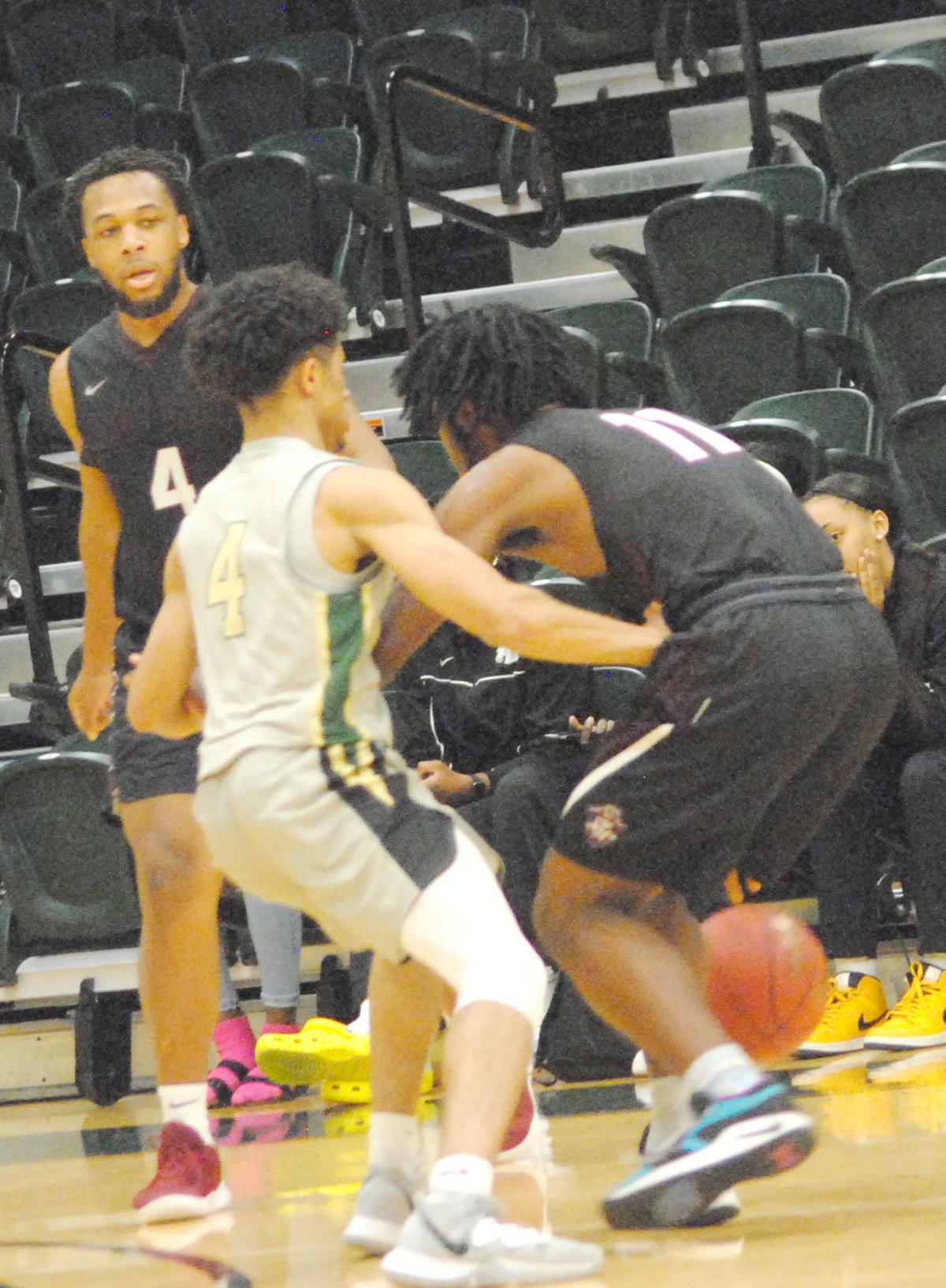 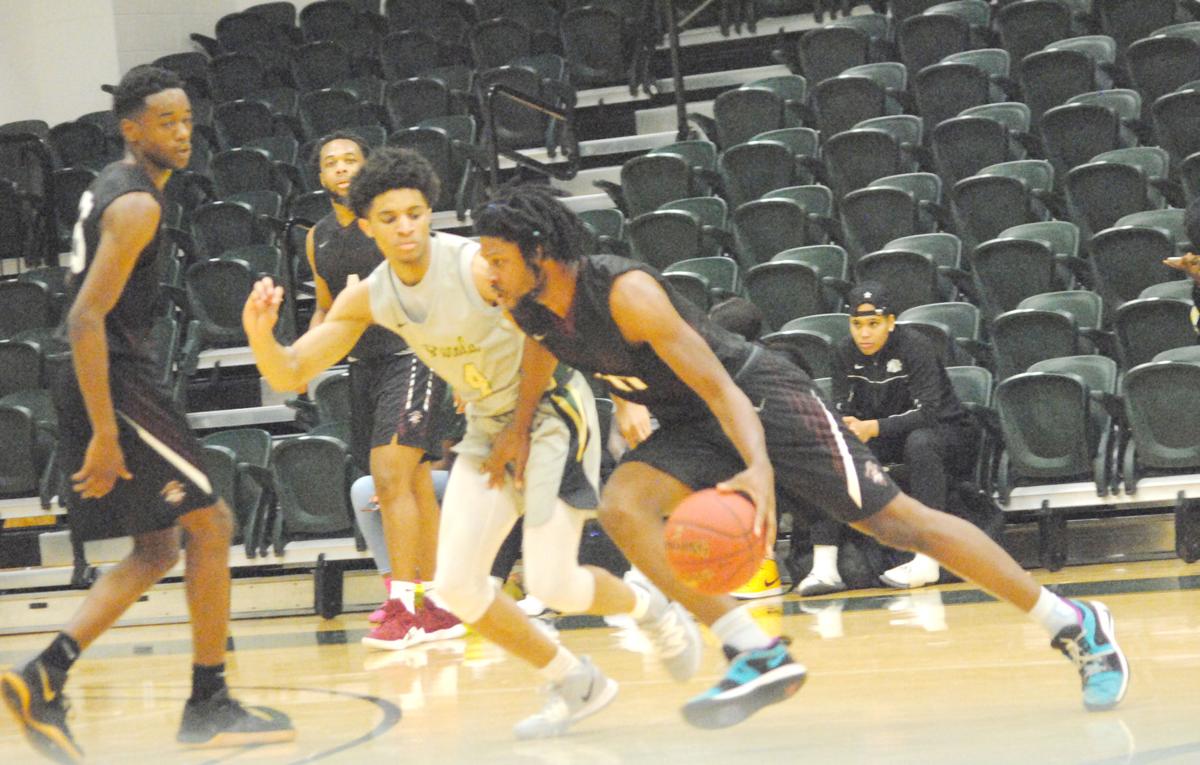 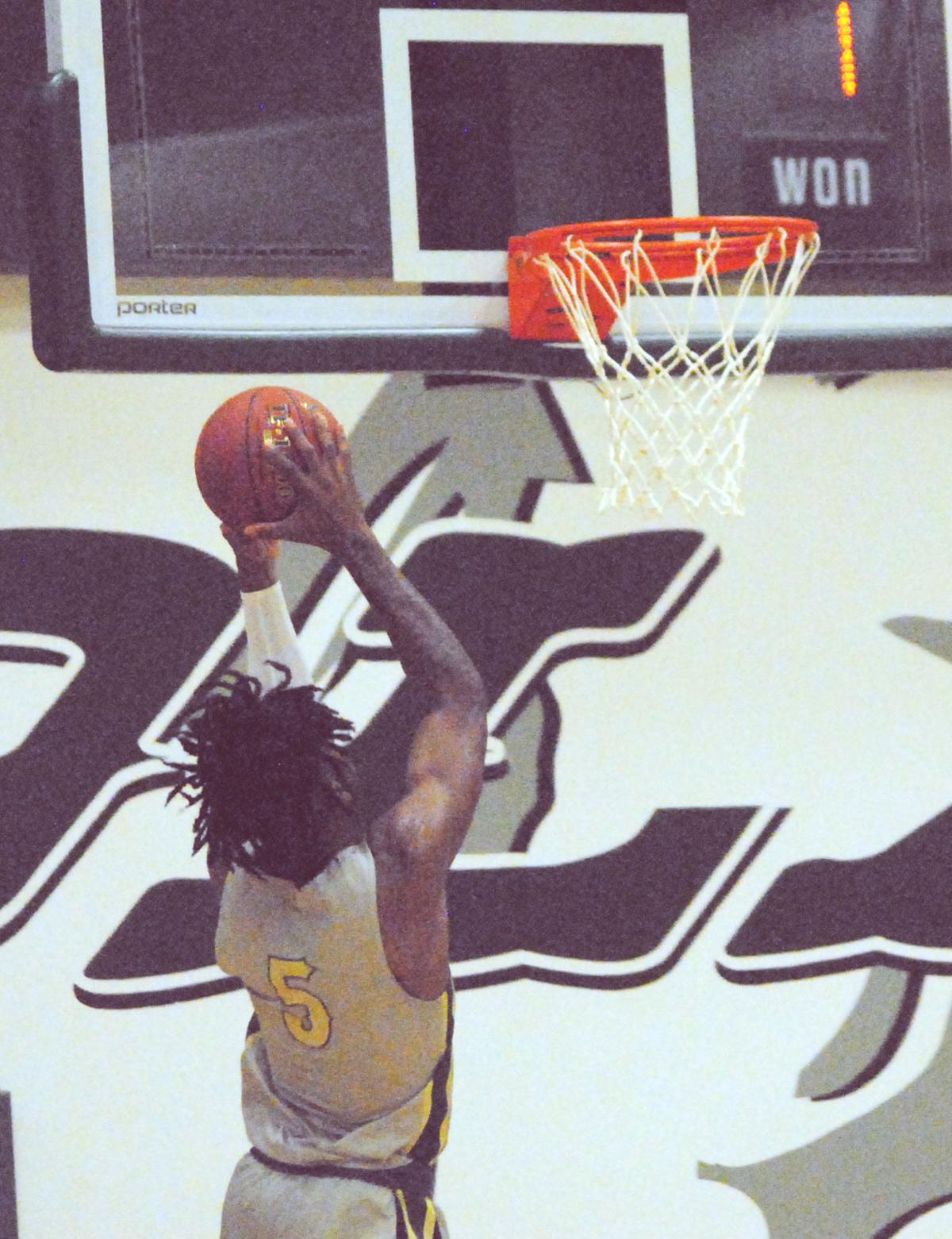 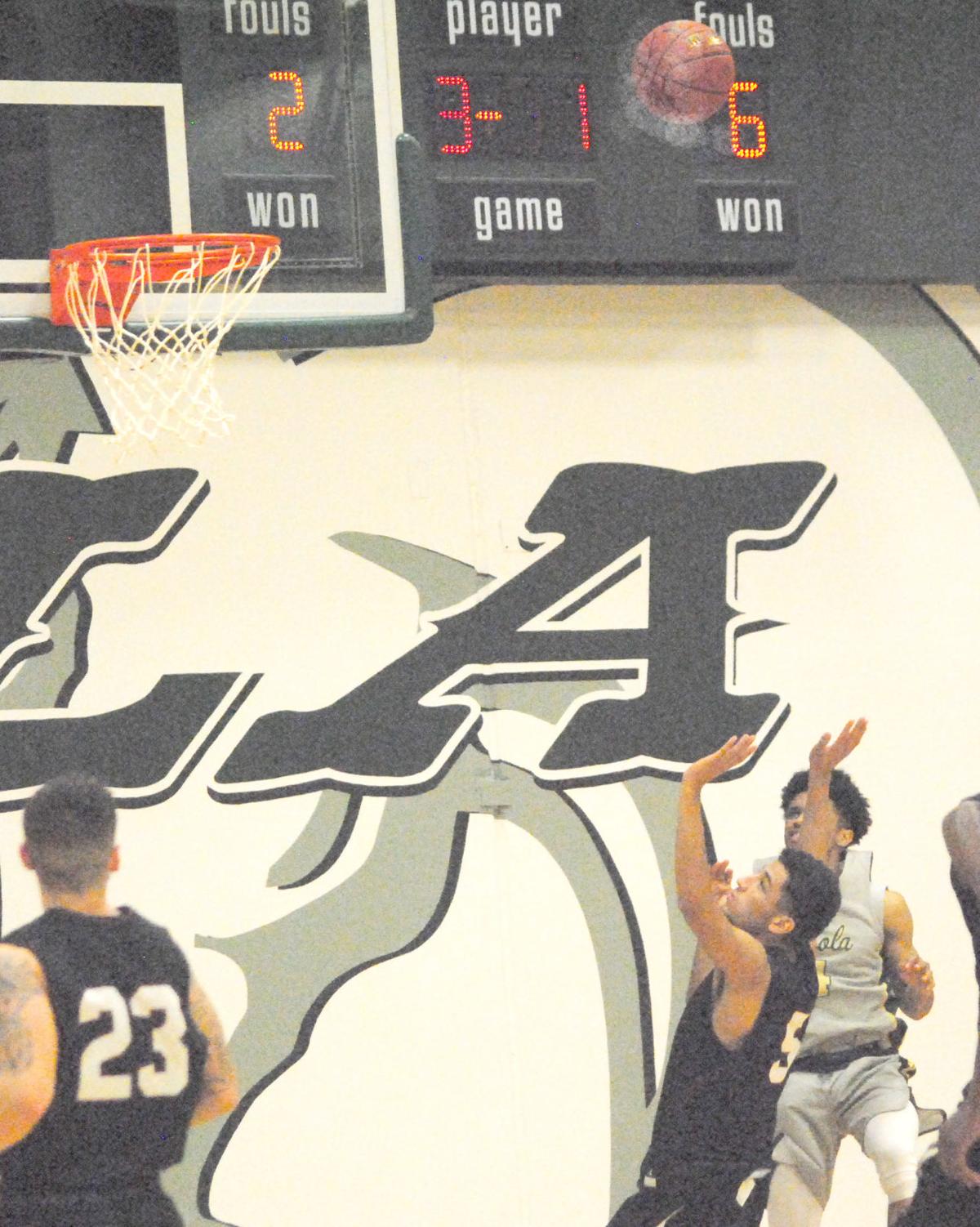 Panola College’s Cameron Carson (4) gets off his shot from behind the basket as he is fouled by Victoria College’s Mikael Garza (5) in Wednesday night’s game. Carson made the shot and the free throw for a three-point play.

Panola College’s Cameron Carson (4) gets off his shot from behind the basket as he is fouled by Victoria College’s Mikael Garza (5) in Wednesday night’s game. Carson made the shot and the free throw for a three-point play.

The Panola College Ponies have done just about everything that has been asked of them so far this season.

A quick start under a new head coach; wins over three ranked foes; and a quality performance against the No. 1 school in the nation shows how far the Ponies have come.

Wednesday night they put it on display in Arthur Johnson Gym for one of the final times of the fall season.

The No. 17 Ponies had six players in double figures, including a double-double from Aaron Gedeon as they crushed Victoria College 100-64 in their last home game before the Christmas Break.

Panola (10-2, 2-0) will face Lamar State-Port Arthur on Saturday. They get back to action on Dec. 28 at home against the Houston Gladiators.

“I felt we started the game a little flat,” Panola Coach Aaron Smith said. “In the last 10 minutes of the first half we came out and did a much better job shooting and playing on defense.

“We never really made a run like we had been, but we started making some shots and looked a lot better.’”

Gedeon, who finished with 12 points, 11 rebounds and a steal, did most of the early scoring for the Ponies. That may have helped the Pirates stay close and even hold a lead, 18-17, at the 11:55 mark.

But the Ponies started substituting in mass numbers — five at a time — and in less than three minutes they led 28-18.

It’s also no coincidence that the 3-pointers started to fall then. Panola held a 48-26 lead at the half.

Smith doesn’t really like that style of substitution, but does admit that it seems to be working well.

“I felt like this was the thing to do tonight,” he said. “I was glad the guys came out and took care of business. We have a pretty big one coming up.”

“Hopefully we can finish up with a win, the guys can take care of business with their finals and we can have a good break.”