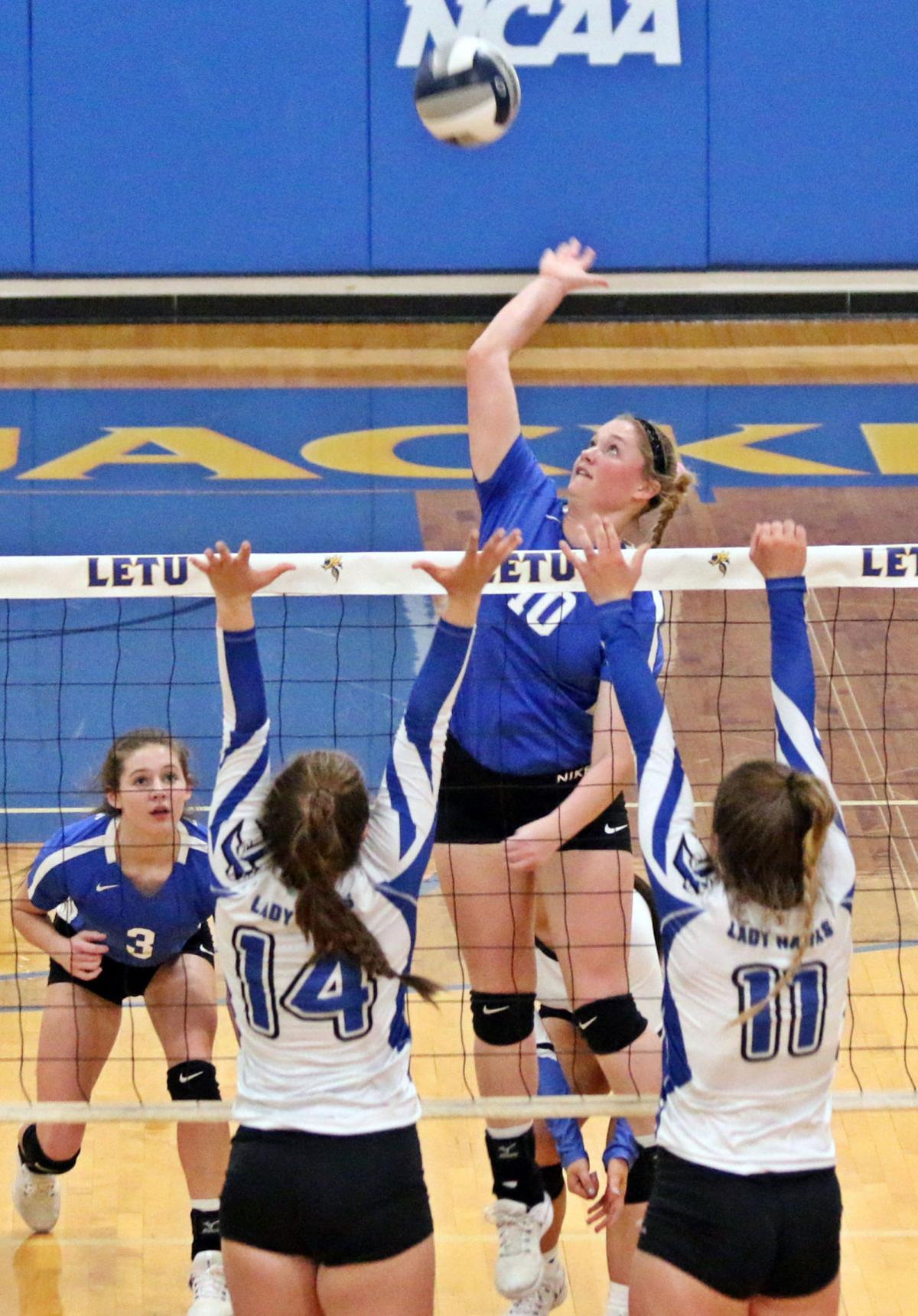 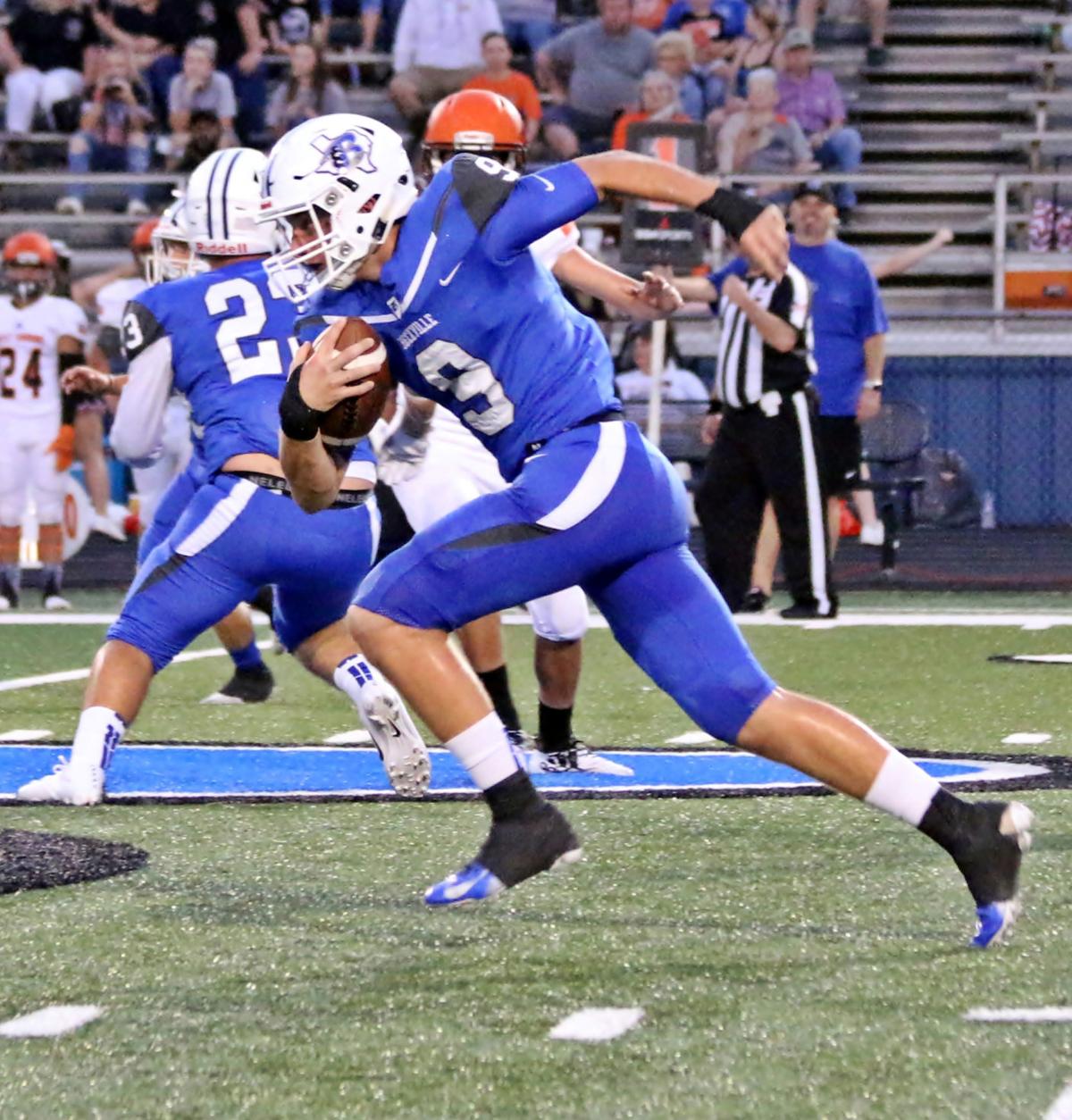 Beckville’s Ryan Harris (9) finds an opening on his way to big yardage against West Sabine.

Beckville’s Ryan Harris (9) finds an opening on his way to big yardage against West Sabine.

BECKVILLE — The platform may have been a little different — it was done entirely on the internet — but the results were pretty much the same.

Miranda Mize was the most highly decorated senior female athlete for the 2019-20 school year at Beckville High.

Mize and the other winners were announced at the first-ever Beckville Virtual Sports Banquet earlier this week.

Mize, a senior who will attend UT-Tyler, was one of the returning players from the Ladycats’ 2018 Class 2A UIL State Volleyball Title team.

She was also the District 20-2A MVP; All-East Texas First team; TGCA All-State; and TSWA All-State.

Sophomore Ainsley Piedra was the Most Outstanding Performer in girls cross country.

Colby Crawford was the Most Outstanding Performer in boys cross country, placing third at district and qualifying for regionals.

The Football Most Valuable Player was Ryan Harris. Harris did a little bit of everything for the Bearcats as he led the team in passing and rushing and was the Built Ford Tough weekly winner in Class 2A for his play in Beckville’s upset win over Tenaha.

He also was the 11-2A Newcomer of the year and was a first team all-district pick at defensive back.

Abram Hairgrove was the Bearcats’ Most Valuable Player for basketball and was a first-team All-District selection. Joining him on the first team was Ryan Harris.

In powerlifting, Abigal Smith was the Most Outstanding Performer for the girls and Jase Lindsey, who qualified for regionals and just missed qualifying for state, won the honor for the Bearcats.

Although they didn’t get to finish their seasons because of the pandemic, Ty Holland was the boys MVP for golf and Mandie Seewald was the girls MVP.

In track, Milo Morrison and Jeremiah Steph were co-MVPs.