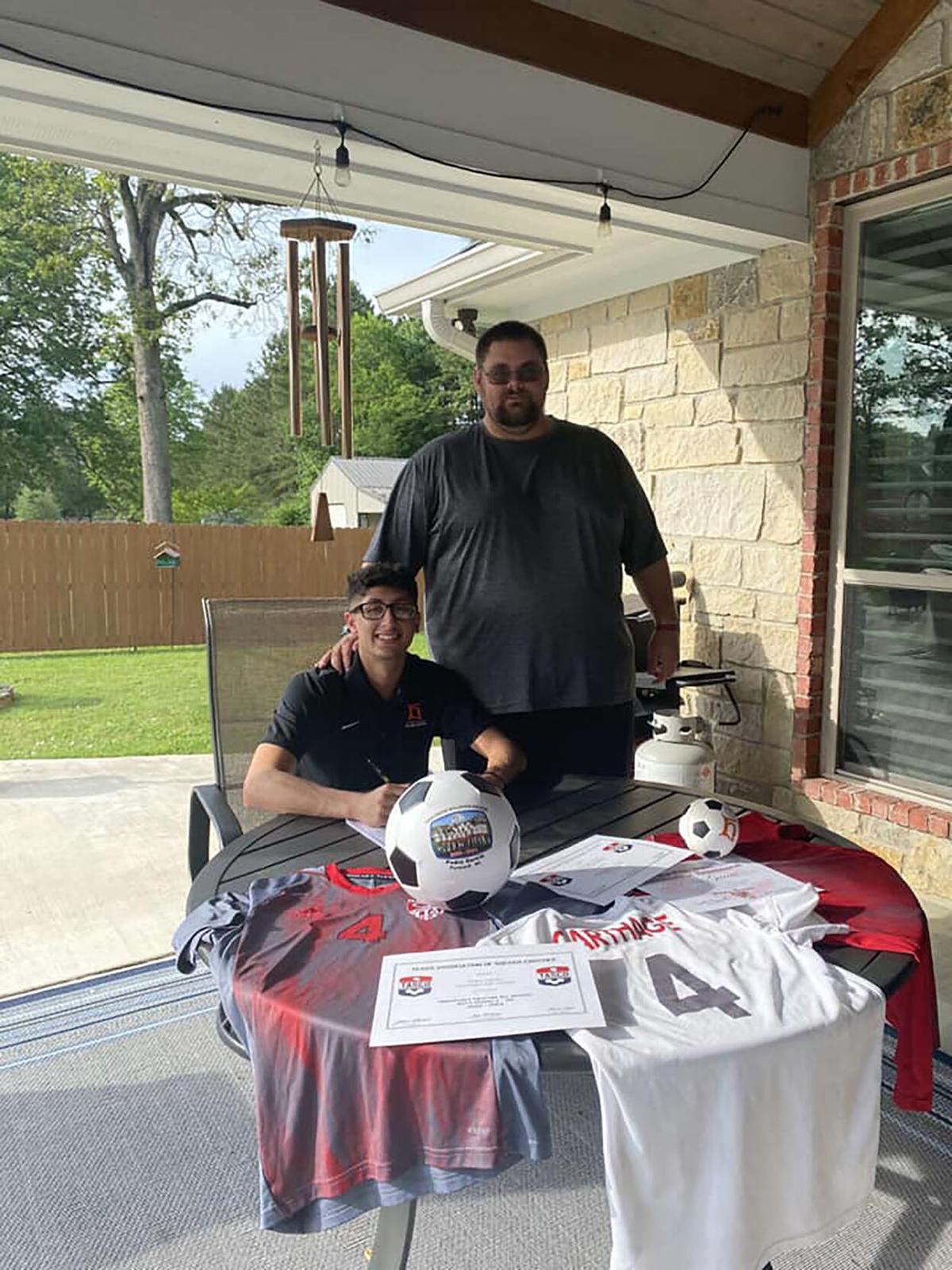 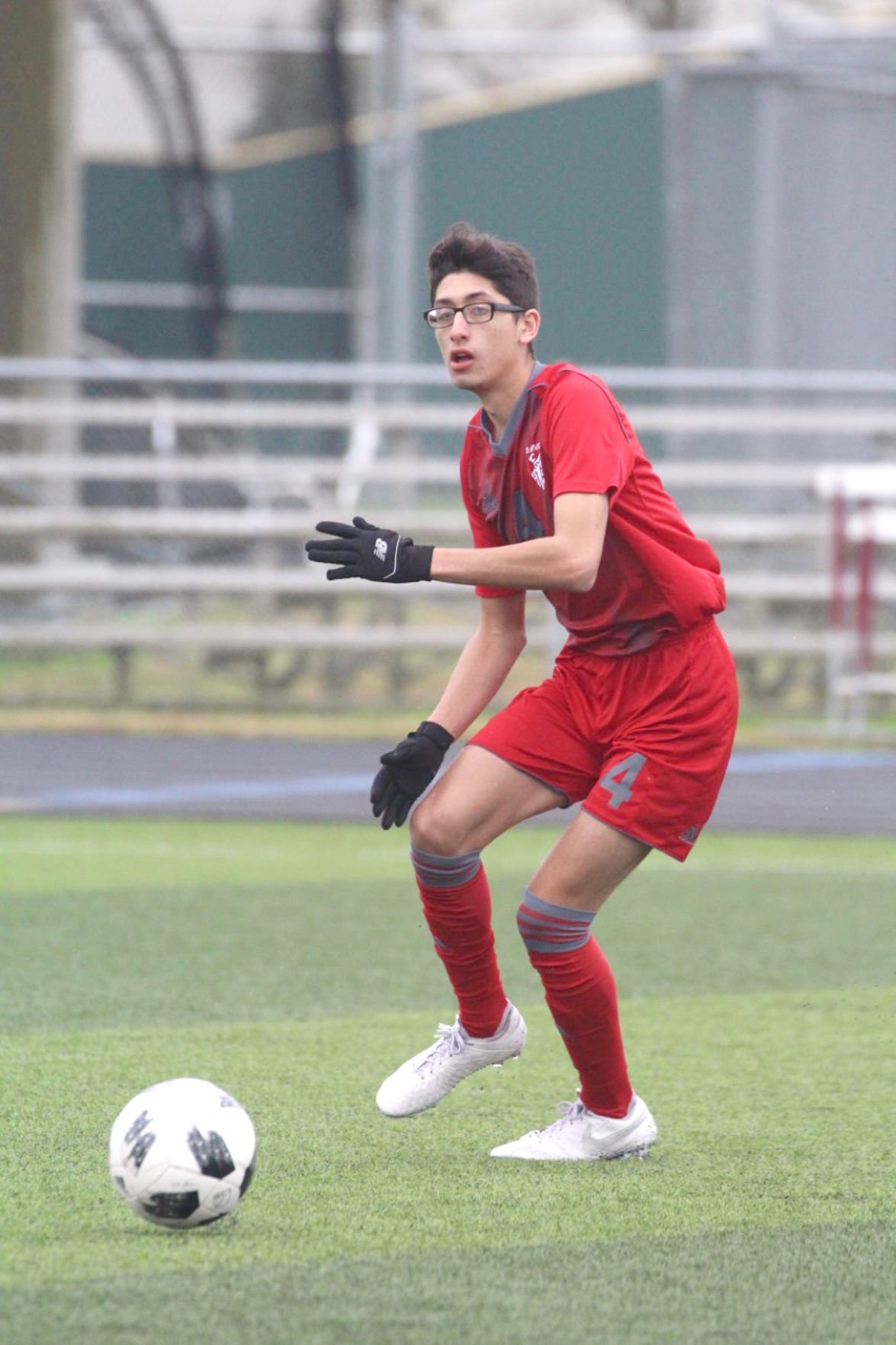 CARTHAGE — When Pedro Garcia started playing soccer at the tender age of 6, he was quickly hooked.

The recent Carthage High School graduate didn’t believe that one day playing the sport he loved would help him get into college.

Garcia will continue both his academic and athletic career as last week he signed his Letter of Intent to play soccer at Heidelberg University, a Division III private school in Tiffin, Ohio.

“Once I started playing it, I fell in love with it,” Garcia said. “I realized, dang, I want to do this for the rest of my life.”

Garcia is coming off a season where he led the Bulldogs in both goals (16) and assists (12) this past season.

In all, he finished with 29 goals and 24 assists during his career for Carthage. Garcia also led the team in assists in both his senior and junior years.

He’ll play in the 2021 East Texas FCA All-Star soccer game and was also named honorable mention All-East Texas team as both a sophomore and a junior.

“He was dedicated to achieving his goal of playing college soccer and has put in the work,” Carthage Boys Soccer Coach James Watson said. “He found a program that will welcome him in the fall. Pedro choosing to go out of his comfort zone and go to Ohio shows his dedication to his collegiate goals.”

Garcia was pondering other schools besides Heidelberg. There were even international offers as Garcia had an offer to go play in England.

Heidelberg was simply the right fit, he said.

“I sent in my FAFSA and they ended up giving me the Dean’s Scholarship,” Garcia said. “They gave me quite a bit of (scholarship) money, then I went to go visit. All the staff knew my name and knew who I was. They knew what I was there for, it was great.”

Heidelberg will be quite a bit of a change up for Garcia.

Before signing, Garcia had never even been to the state of Ohio.

“It’s going to be different,” Garcia said. “There’s another freshman coming in from Brazil so it’s going to be a change. Nothing like Carthage for sure. I think I’m going to like it because I’m going to learn from everybody else. Learn about Brazil food or Ghana food. It’s pretty cool.”

Heidelberg will be under the guidance of first-year coach Nick Spell and features quite an international bunch.

“I know Pedro will go to Ohio ready to compete, learn, and grow as a student-athlete and as an individual,” Watson said. “Pedro has had multiple side jobs while balancing school, soccer and football, so he understands hard work and the organization and balance needed to make it as a college athlete.

“He also comes from a great family with parents who have instilled in him the core values necessary to succeed in life. Pedro is a special young man, and I am beyond excited to see him go chase his dreams with this opportunity. I hope he knows how much his coaches, teammates and community are rooting for him and how proud we are of him.”

Garcia was also the kicker for the Dawgs football team, where he was a part of two state championship football teams.

He said playing football at Carthage was something he’ll never forget.

“It was a blessing, it really was,” Garcia said. “Playing football here was a once in a lifetime experience.”

Right now Garcia is split on majoring in either kinesiology or law enforcement, he said.

Before moving over to Tiffin in early August, Garcia will be training and looking to put on weight.

Garcia said he was recruited as midfielder but, like at Carthage, is flexible in playing wherever Heidelberg needs him.

“In his four years he’s played goalkeeper, center back, midfielder, wing and forward,” Watson said. “He’s like a Swiss Army knife because of his versatility and ability to think on the field and read the game and have the field vision to know what we need to do with the ball.”

Garcia also runs his own detailing business and will run it until leaving for Tiffin.

While his future seems bright, Garcia’s family is a little worried about him moving so far away from home.

“My mom is terrified,” said Garcia, an only child. “She said she’s going to buy an RV and move up there with me. The only child is going to be gone.”