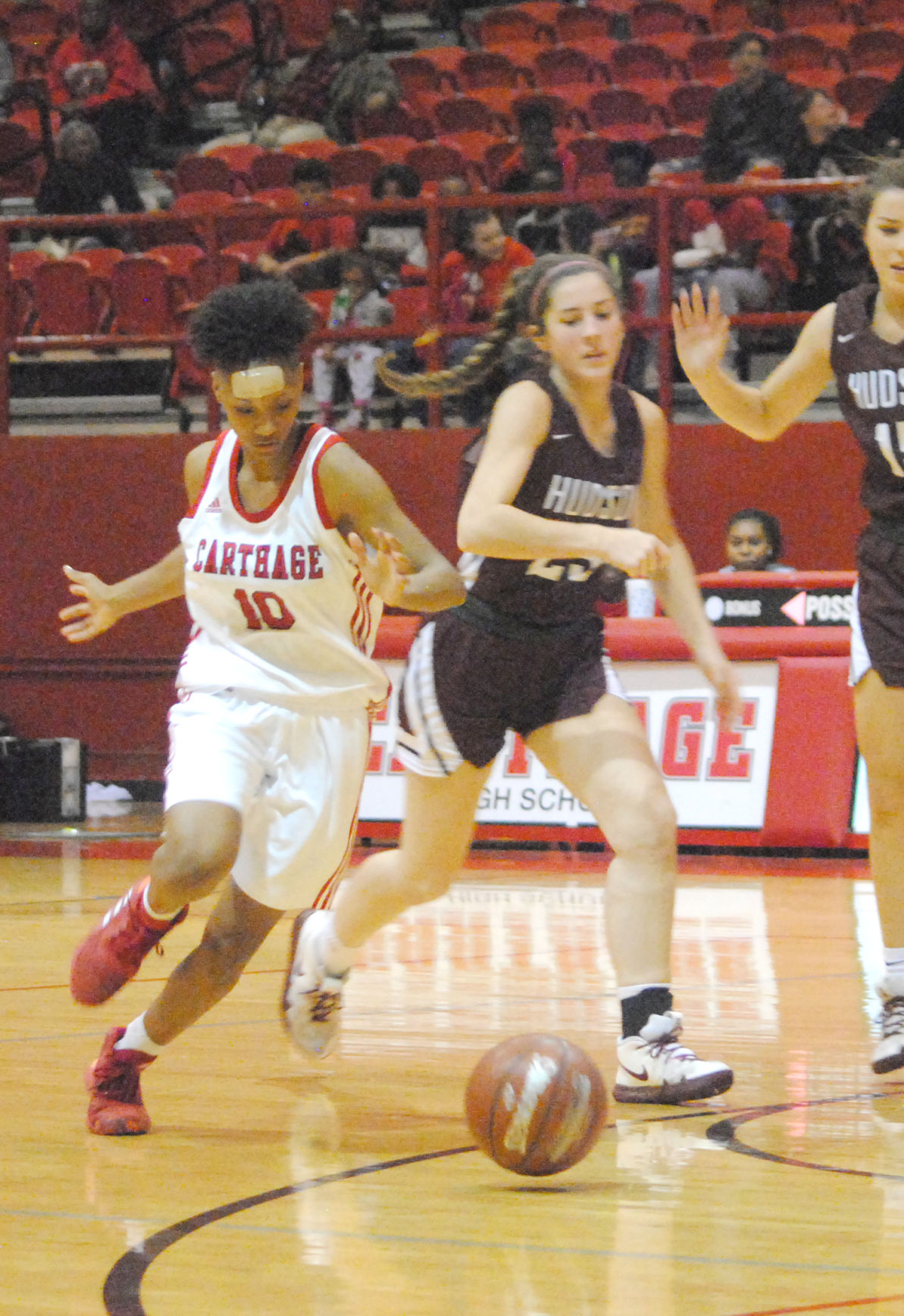 Carthage’s Zee McGrue (10) races a Hudson player for a loose ball in last Friday night’s win at home to stay tied for first in district. 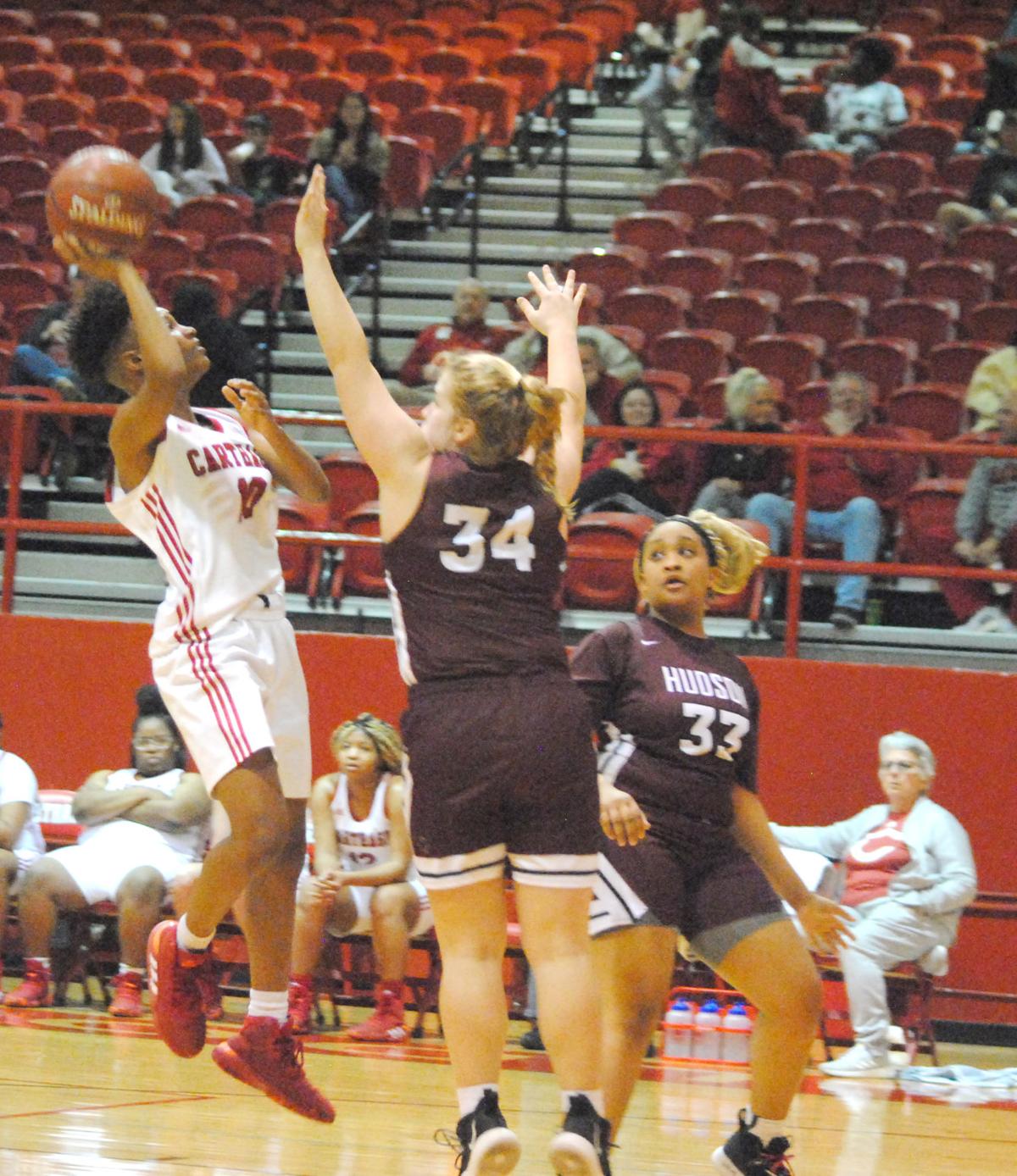 Zee McGrue (10) puts up a one-hander in the lane in last Friday night’s home game against Hudson.

Carthage’s Zee McGrue (10) races a Hudson player for a loose ball in last Friday night’s win at home to stay tied for first in district.

Zee McGrue (10) puts up a one-hander in the lane in last Friday night’s home game against Hudson.

To say the Carthage Lady Bulldogs got off to a slow start Friday night against Hudson would be a bit of an understatement.

Midway through the first period, they had just one basket to show for it and their second basket didn’t come until less than a minute remained in the quarter.

But their defense kept them in the game until the offense arrived, and the Lady Dawgs would hit 13 free throws in the final quarter to hold on for a 47-40 win in the Bulldog Gym.

Carthage is now 15-10 for the season and 4-1 in district play. They were on the road at Center on Tuesday night and play at home Friday against Jasper — and it will be Senior Night for the girls.

“The girls played a great second half,” Carthage Coach Michael Johnson said. “With Hudson going to the foul game with 2:30 minutes left, the girls did a great job knocking down free throws to finish the game off.

“I feel the defensive pressure that we are able to put on other teams with our speed and athleticism allows us to get turnovers that other teams cannot match.”

They needed the defense early as they had their scoring troubles, but Jada McLin finally started hitting inside and the Lady Bulldogs grabbed the lead early in the second quarter to bounce back into the game.

The Hornets fought back to regain the lead only to see the Lady Dawgs close out the half on a 6-0 run with McLin making it a 21-16 advantage.

The third period was more of the back-and-forth affair, but the Lady Bulldogs still only led 30-28 heading into the fourth.

But leading scorer Zee McCrue scored six straight to open the fourth, and the lead was up to eight.

The Lady Hornets started fouling after that, and the Lady Dawgs made at least one free throw every time they went to the line to maintain their lead.

McGrue led Carthage with a 16 points, 11 steals and nine assists for a double-double, while McLin had 12 points and Jordan McLin had nine points, 10 rebounds and 11 steals.

“We have a big week this week with Center at Center tonight (Tuesday) and Jasper at home Friday night,” Williams said. “We are in control of our own destiny for the district championship and that’s all we can ask for at this point. We try to focus one game at a time, and that starts with tonight in Center.”