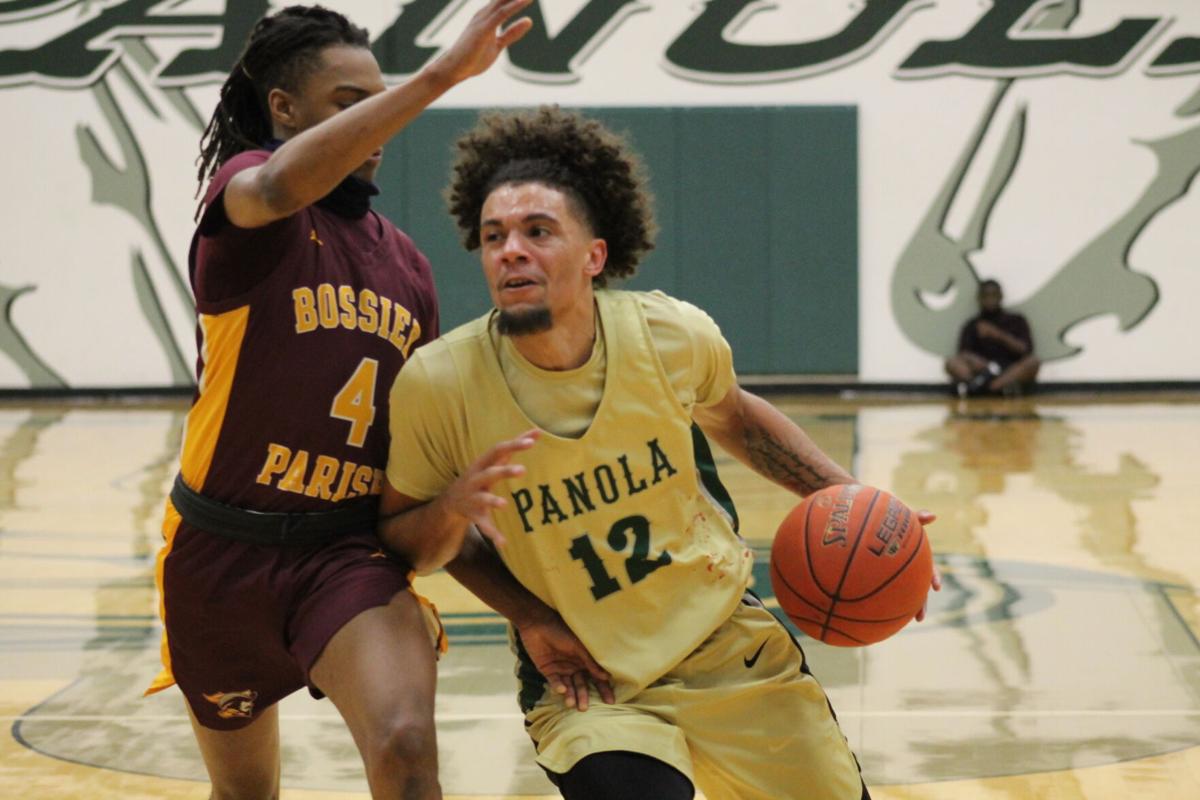 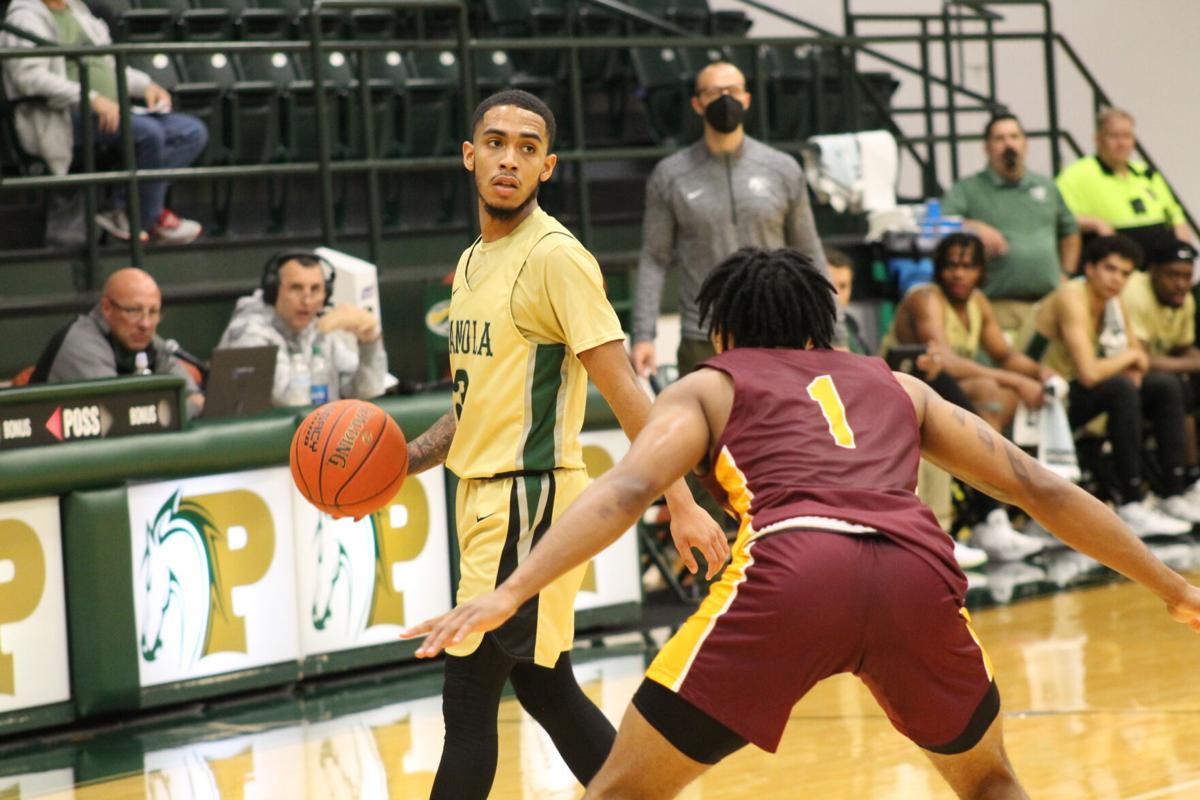 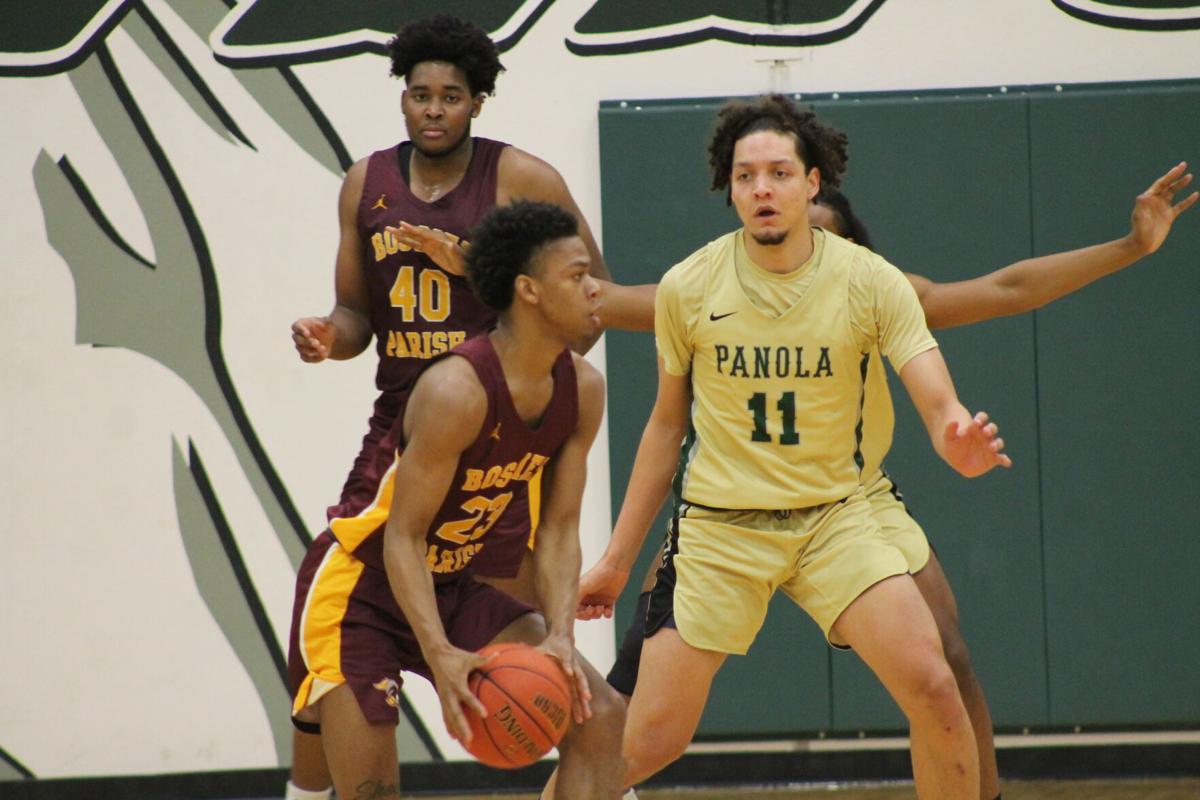 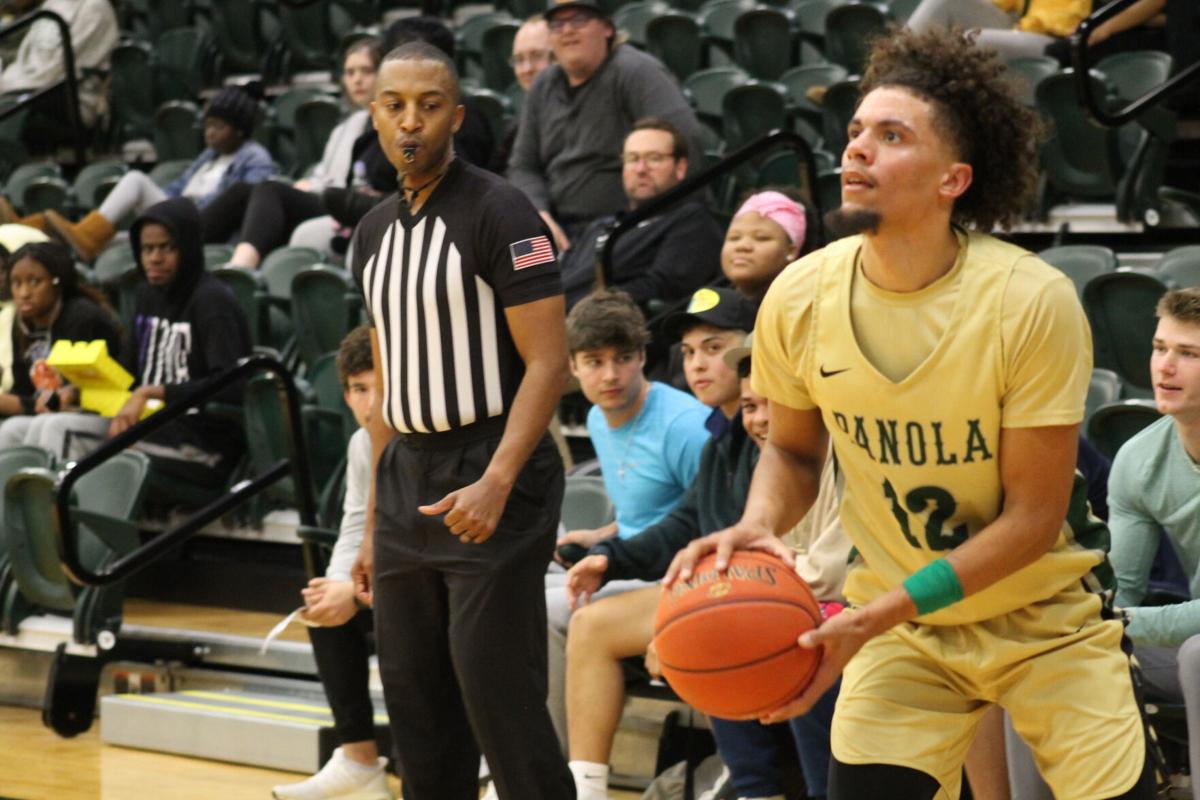 CARTHAGE — It wasn’t how Aaron Smith and the Panola men’s basketball team envisioned a wire-to-wire victory to go, but the Ponies will definitely take it.

Bossier Parish was able to cut their deficit down to a single point with four minutes left to play in the game, but Panola bent instead of breaking.

Jacobi Lewis scored a game-high 24 points and added six assists, and Troy Hupstead had a double-double with 22 points and 15 rebounds to lead the way as Panola staved off Bossier Parish 83-74 in a Region XIV Conference game on Wednesday.

“I was pleased with how the guys came out,” Panola Coach Aaron Smith said. “I thought we were ready through the first part, threw the first punch and I think we allowed some of their runs to be a little bigger than I would’ve liked.”

Panola came out like gangbusters hitting 3-pointers, getting in the lane and when missing, crashing the boards for put backs.

The Ponies built their lead to as many as 12 points in the first half, but the Cavaliers didn’t let the game get way out of reach.

“It’s a game runs, and we tell the guys to play with emotion without being emotional,” Smith said. “I thought they’ve done a pretty good job of that this year.”

Bossier Parish cut their deficit from 12 with just under five minutes left in the first half down to seven at 40-33 going into halftime.

Panola and Bossier Parish were pretty much even from behind the 3-point line, but it was at the free throw line that the Ponies took advantage, hitting 10 of their 11 attempts while the Cavaliers didn’t attempt a single first half free throw.

Usually one that sets up his teammates first, Lewis was very aggressive for Panola.

The freshman from Fort Worth attempted a team-high 21 shots but came through big in the second half scoring 16 of his 24 in the final 20 minutes.

“Going into the second half of the season, I feel like I have to get to the bucket more,” Lewis said. “I love to get my teammates involved — I’m a pass-first point guard — tonight I was looking for my shot. You just do what you have to do and whatever is necessary to win.”

Panola (14-5 overall, 5-3 Region XIV) ground their way to victory in the second half, where their biggest lead came in the final four minutes when they outscored Bossier Parish 9-2.

Bossier Parish (9-7,4-4) cut Panola’s lead down to 72-71 before Lewis went on a personal 5-0 run with a 3-pointer at the shot clock buzzer followed by a reverse layup.

“When you have that lead, you need to play smart, chess not checkers,” Lewis said. “Stay poised, not get to rattled and let them back in the game.”

Before Lewis took over the game late, Hupstead was controlling the paint.

Hupstead’s 15 rebounds, and along with nine from Rodney Johnson Jr. and Olaverr Camacho, led the way as Panola out rebounded Bossier Parish 46-33 including 16-8 on the offensive boards.

For Hupstead, it’s all about staying upbeat and forgetting about the negatives.

“Just being positive and like my teammates said, let the game come to me natural,” Hupstead said. “I think sometimes my issue is I get down on myself or I’m too much in my head. Just play the game and play with confidence, and that’s what I did.”

“They are a good team and are well coached,” Hupstead said of Bossier Parish. “We just had to capitalize on what we worked on in practice and being positive.”

Panola will be back in action Saturday afternoon when they visit Paris Junior College at 4 p.m.

Paris is coming off a 67-62 loss to Tyler who took over sole possession of second place in Region XIV.

“It’s definitely going to be a battle,” Lewis said. “Tough game just like this, we’ll watch film and see what we have to do to prepare for them.”