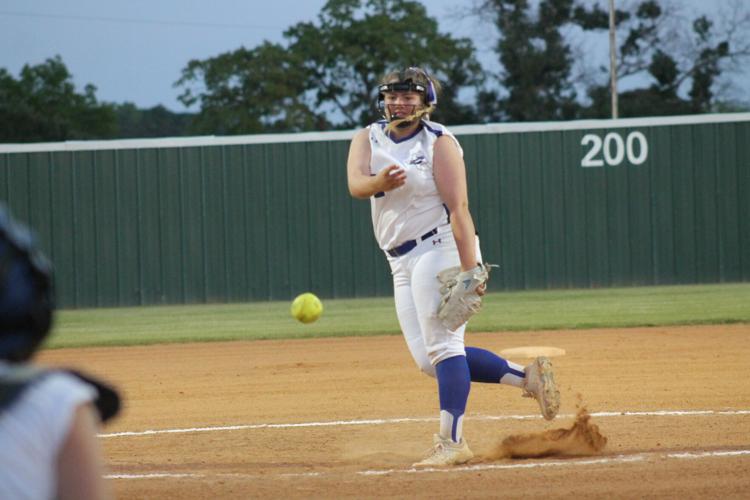 Beckville’s Bethany Grandgeorge delivers a pitch in the second game of a 2A bi-district playoff doubleheader against Douglass on Thursday at Henderson High School. 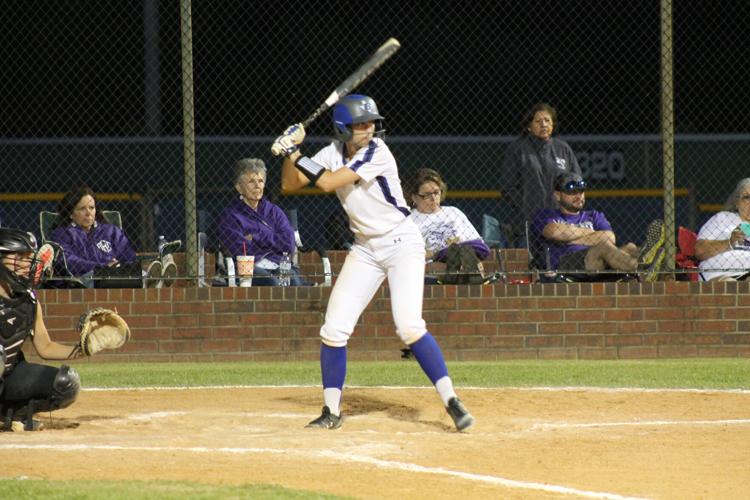 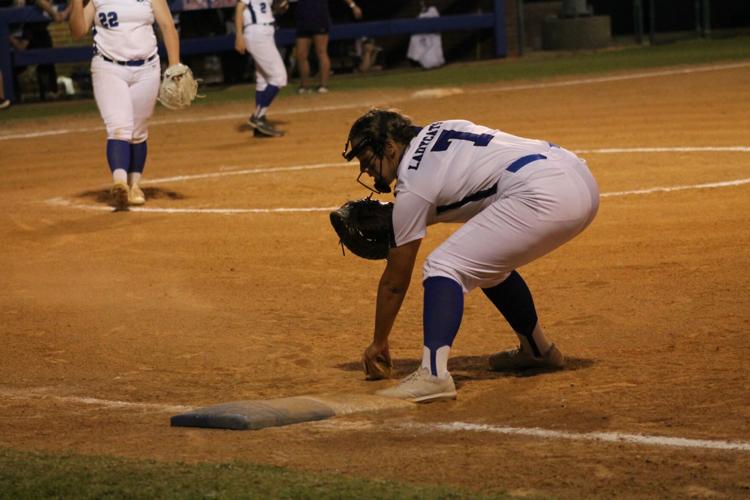 Beckville’s Bethany Grandgeorge delivers a pitch in the second game of a 2A bi-district playoff doubleheader against Douglass on Thursday at Henderson High School.

HENDERSON — Bethany Grandgeorge was able to just play her game and pitch.

The Beckville High School sophomore pitcher got four runs of support before even having to enter the circle.

“I thought it was good because I was able to relax,” she said. “I didn’t have to worry about them scoring and us falling behind.”

Beckville blew past Douglass 14-0 in a five-inning mercy rule 2A bi-district playoff game on Thursday night at Henderson High School.

Grandgeorge finished 2-for-4 at the plate with a double and two RBIs, all while pitching a complete game one-hitter where she walked none and struck out six.

“As the game went on, we settled down and got into a flow,” Grandgeorge said. “Starting hitting and defense was getting it.”

On Monday, the team found out that Aubrey Klingler’s back injury was worse than initially thought and she will be out at least a month. Sophomore Lexi Barr stepped up for the challenge, and before catching Thursday’s doubleheader, had never caught in a game before in her life.

Barr not only caught a great game but also went 2-for-5 with two runs and two stolen bases in the game.

“It was new, I’ve never caught in a game before in my life,” Barr said. “It was a different perspective of the field. My hitting hasn’t been that consistent as of late, so I’ve been working on just consistently hitting. It just kind of happened.”

Barr credited Grandgeorge with being really locked in within the circle to help ease her into comfort behind the dish.

“She did a pretty good job, most of her pitches went right to my glove,” Barr said. “As a catcher, that makes it a lot easier except when they swing and I closed my eyes. I caught myself flinching a couple of times.”

Beckville (20-7) completely put the game and series away with a nine-run top of the fifth where the Ladycats combined to have seven RBI hits in that half inning.

Douglass’s Maddison Johnson broke up Grandgeorge’s no-hit bit with a two-out single in the bottom of the fifth.

“She did well, she was hitting spots and she was moving the ball,” Beckville Coach Ronny Grandgeorge said. “Tonight she definitely did a good job hitting her spots, but the defense did well with the balls that were hit in play.”

Ronny said after Klingler’s diagnosis on Monday the team basically had catcher tryouts.

Whoever won the spot wasn’t going to have the easiest job because both Bethany and Dudley can really bring it in the circle.

Ronny trusted Barr, and it also allowed the team to keep their defense as it had been most of district play while Barr was out with an injured thumb.

“We just got Lexi back a week ago and we felt she could handle the job behind the plate,” Ronny said. “That allow us to use the defense we used all throughout district play. She went back there tonight and did a fabulous job. Definitely wasn’t perfect, but she was serviceable.”

Beckville combined for 14 hits, and every starter had at least one hit in the game.

Beckville will continue 2A postseason play next week.

“We are in the playoffs, so every team is going to be solid,” Ronnie said. “We’re just going to keep working and control what we can control.”

Tillman went 3-for-4 at the plate with four RBIs, and Barr 2-4 with a solo home run and scored twice as Beckville defeated Douglass 11-1 in a six-inning mercy rule contest in Game 1 of the doubleheader.

Grandgeorge shined both at the plate and in the circle, going 2-for-3 with a double and two RBIs, and threw all six innings, allowing just two hits, one run (unearned), one walk, one bean and eight strike-outs.

Dudley doubled, had two RBIs and scored, while Natalie Pelzl and Harris both singled and scored twice.