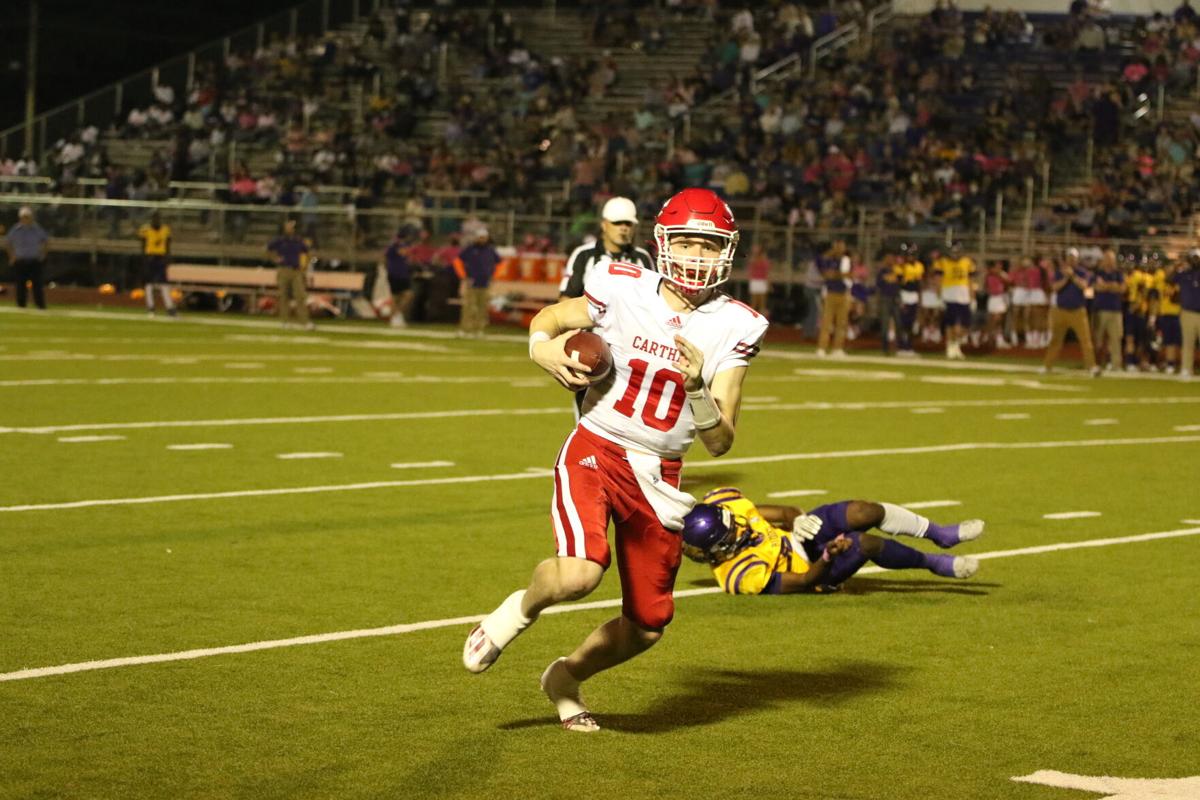 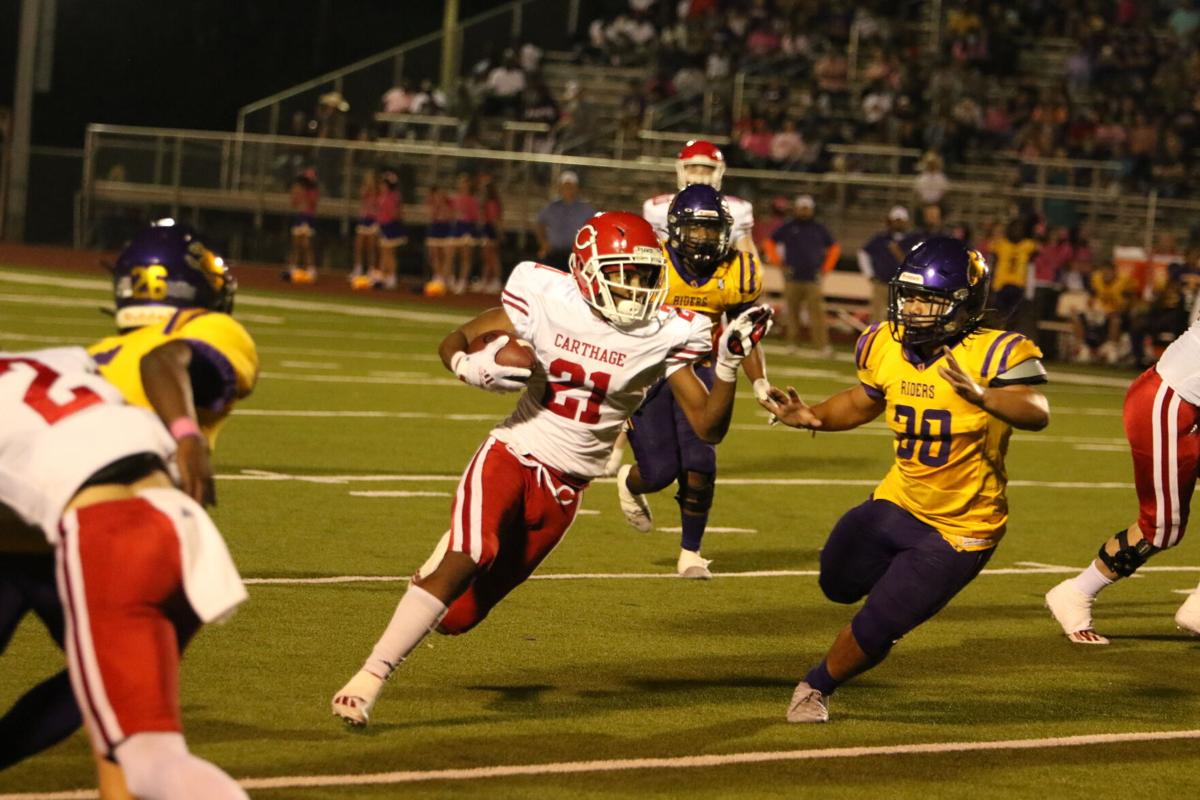 Carthage running back Zsema’D Williams rushes for a big gain in last Friday’s District 10-4A Division I game against Center.

Carthage running back Zsema’D Williams rushes for a big gain in last Friday’s District 10-4A Division I game against Center.

The Carthage Bulldogs football team will be celebrating homecoming this week as they welcome Jasper in what will be a battle of the Bulldogs matchup.

Kickoff at Bulldog Stadium is set for 7:30 p.m. with all the homecoming festivities taking place right before kickoff.

“It’s a fun week and it’s supposed to be fun for our players,” Carthage Coach Scott Surratt said of homecoming. “We have alumni coming in and we’ve always played well on homecoming and plan on playing well on Friday night.”

Jasper — who last week knocked off previously unbeaten Rusk 7-0 — has been extremely stout on defense this season.

So far through five games they’ve only given up only 25 points total this season.

“They are very good defensively,” Surratt said. “They are long, fast and physical. They will be all that we can handle, we’ve got to execute very well offensively to move the ball. Once we get in the red zone, we need to get points.”

Jasper (2-3 overall, 1-0 District 10-4A D-I) has struggled on the offensive end compiling 54 total points this season.

Jasper primarily runs their offense out of the shotgun but look to normally run the ball.

“Their cup of tea has always been running the ball,” Surratt said.

Carthage (5-0, 1-0) did whatever they wanted offensively against Center.

Combined quarterbacks Connor Cuff and Javarian Roquemore threw for 261 yards and seven touchdowns while completing 16 of their 22 pass attempts.

Junior running back Zsema’D Williams rushed for 78 yards including a touchdown on just six carries.

After this week, Carthage will go on the road for a pair of road games — their only time this season going on the road for more than one week — when they visit Rusk then Madisonville.

For this week, it’s about beating Jasper and enjoying homecoming.

“We love playing at home and whoever wins this game will have a really good chance to win the district,” Surratt said. “Hopefully we can play well and come out with a win.”