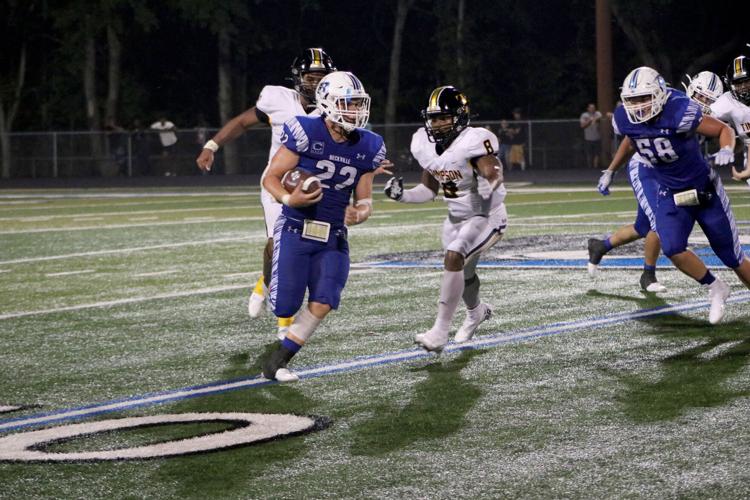 Beckville’s Bo Hammons runs for positive yardage in a game earlier this season against Timpson. 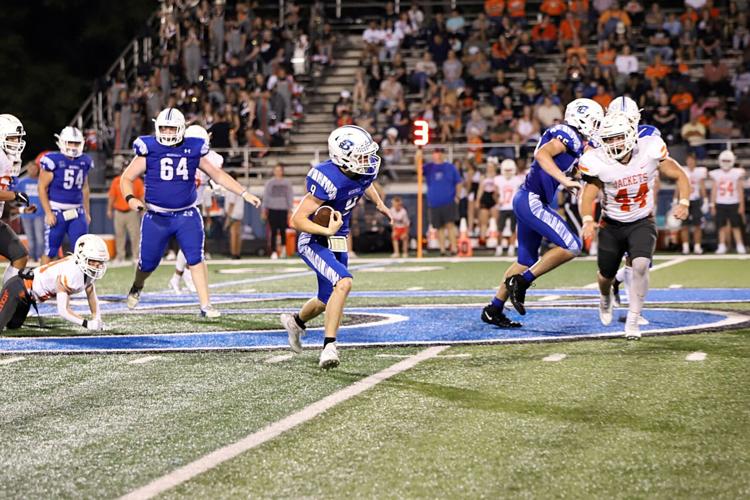 Beckville’s Bo Hammons runs for positive yardage in a game earlier this season against Timpson.

The Beckville Bearcats football team find themselves in a spot they haven’t been in the last 20 years: Being the reigning and defending district champions.

Beckville will start defense of their title this Friday when the Bearcats open District 10-2A Division I play, hosting Big Sandy. Kickoff at R.C. Beauchamp Stadium is scheduled 7:30 p.m.

“They have some good looking kids and some size up front,” Beckville Coach Cody Ross said. “Quarterback is a big kid, and they have some skill players that have some ability. They try to go up-tempo and play fast on offense. They are going to play hard.”

Beckville (3-1) comes into district play winners of three-straight games and have scored 42 points and 51 twice since dropping their opener 53-22 to 2A D-I No. 1 ranked Timpson.

“We talk about the season as being entirely different seasons,” Ross said. “We finished our first season, so now we start season No. 2 and we have a district championship to defend, and it starts with Big Sandy.”

The Bearcats have had the Wildcats’ number the past few seasons defeating them 66-0 last season and 59-0 the year before that.

Williams has scored a combined 13 touchdowns, including two kickoff returns for touchdowns, since not scoring in opening week.

The junior has rushed for 559 yards on only 55 carries and has 143 yards receiving on nine catches.

Junior quarterback Calan Castles has steadily gotten better as the season has gone on and has thrown for seven touchdowns and no interceptions in his last two games.

Castles, Hammons and Williams are forces on the defensive side of the ball, and Castles (33 tackles) and Hammons (29 tackles) are first and second on the team in tackles while Williams, Hammons and Aiden Harris are tied for the team lead in sacks with two.

Ross says his team is fully aware that they will be the hunted this season as opposed to being hunters in years past.

“The key is if we play as well as we’re capable of, we’ll put ourselves in a good position to win the game,” Ross said. “We have a target on our back no doubt about it, and I tell the kids we would rather have that than chasing somebody else.