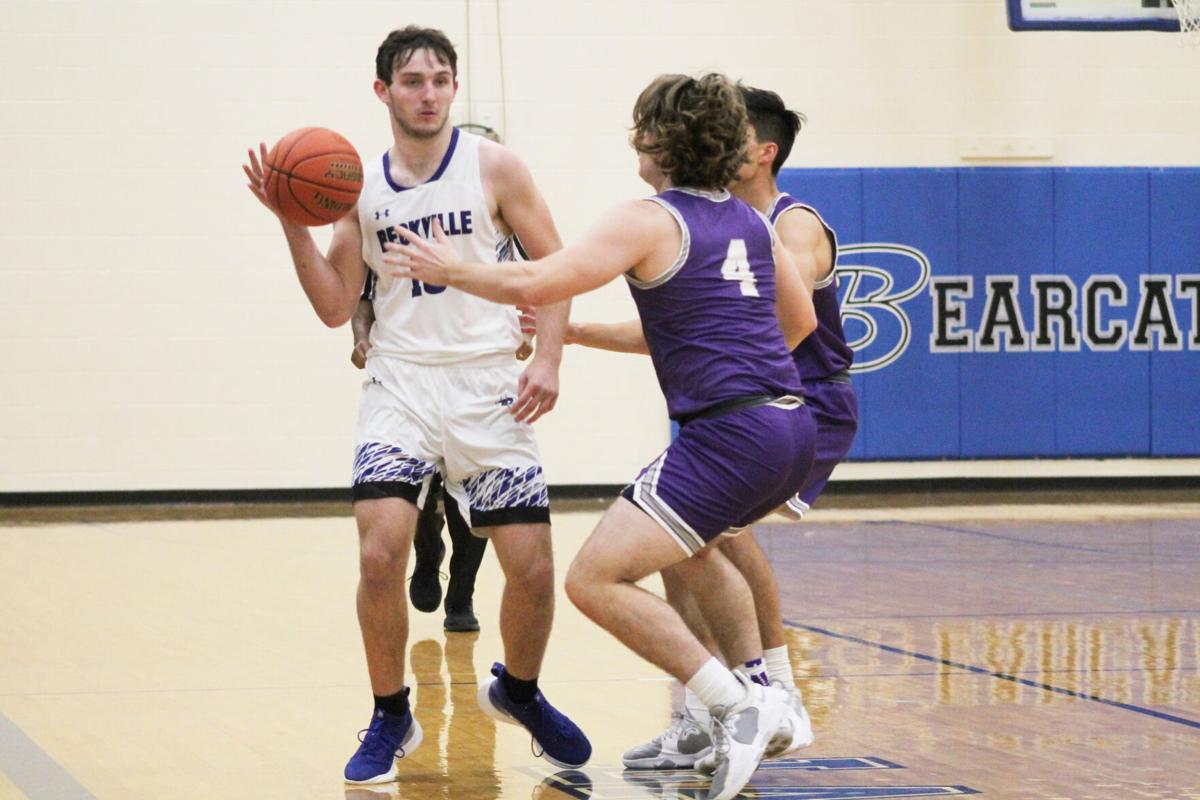 Beckville’s Ryan Harris passes the ball out of a Cushing double-team in Tuesday’s basketball game. 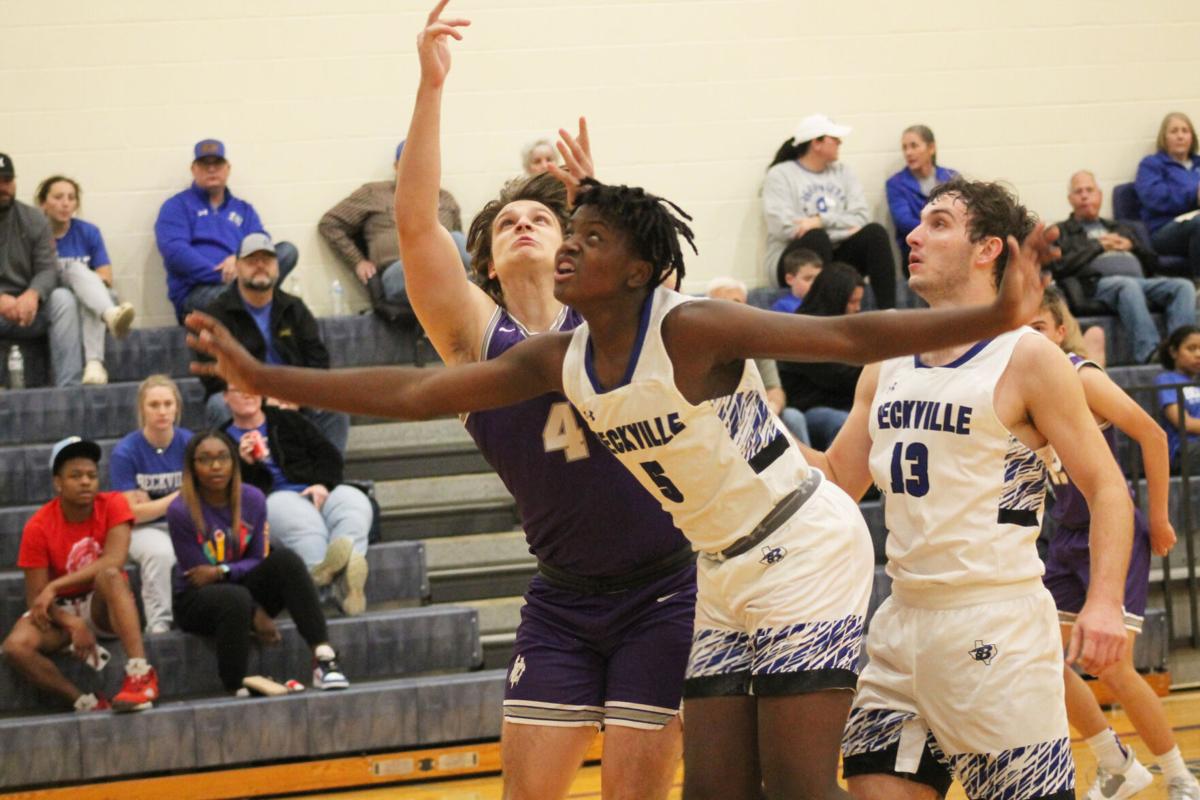 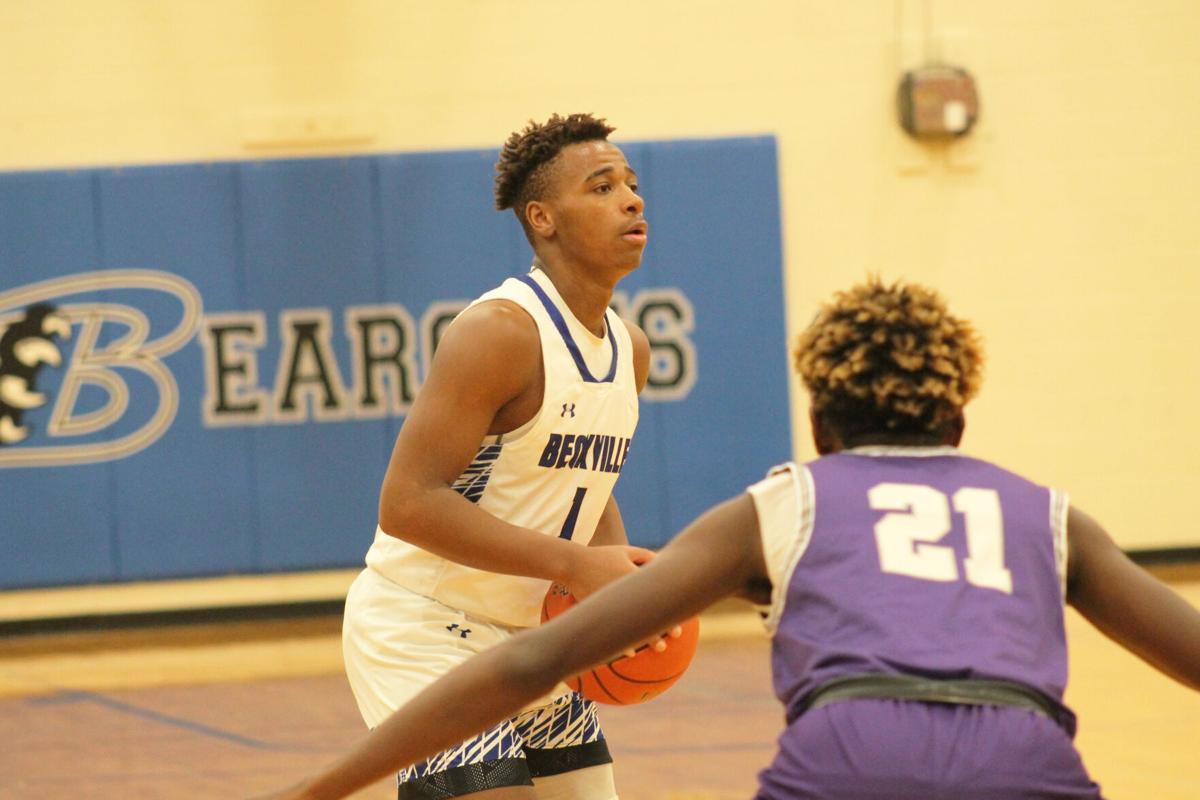 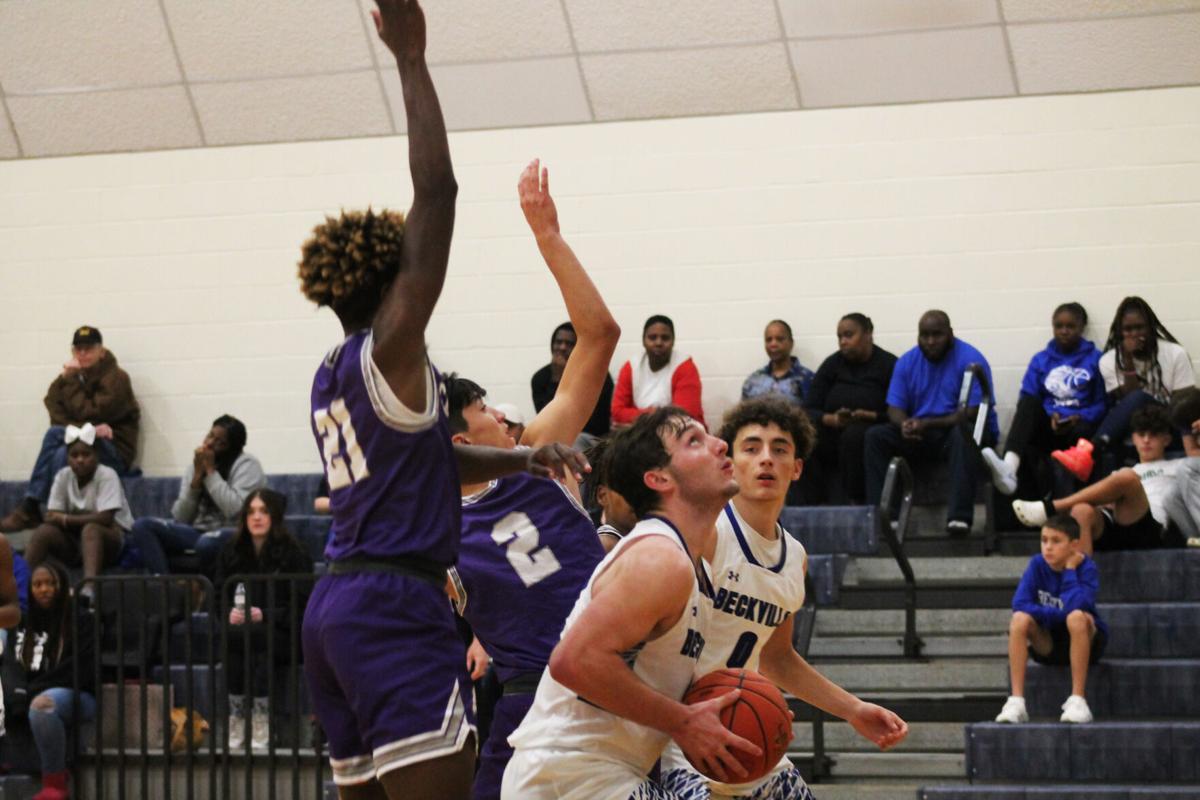 Beckville's Ryan Harris delivers a pump fake before going up for a shot in Tuesday's basketball game against Cushing. 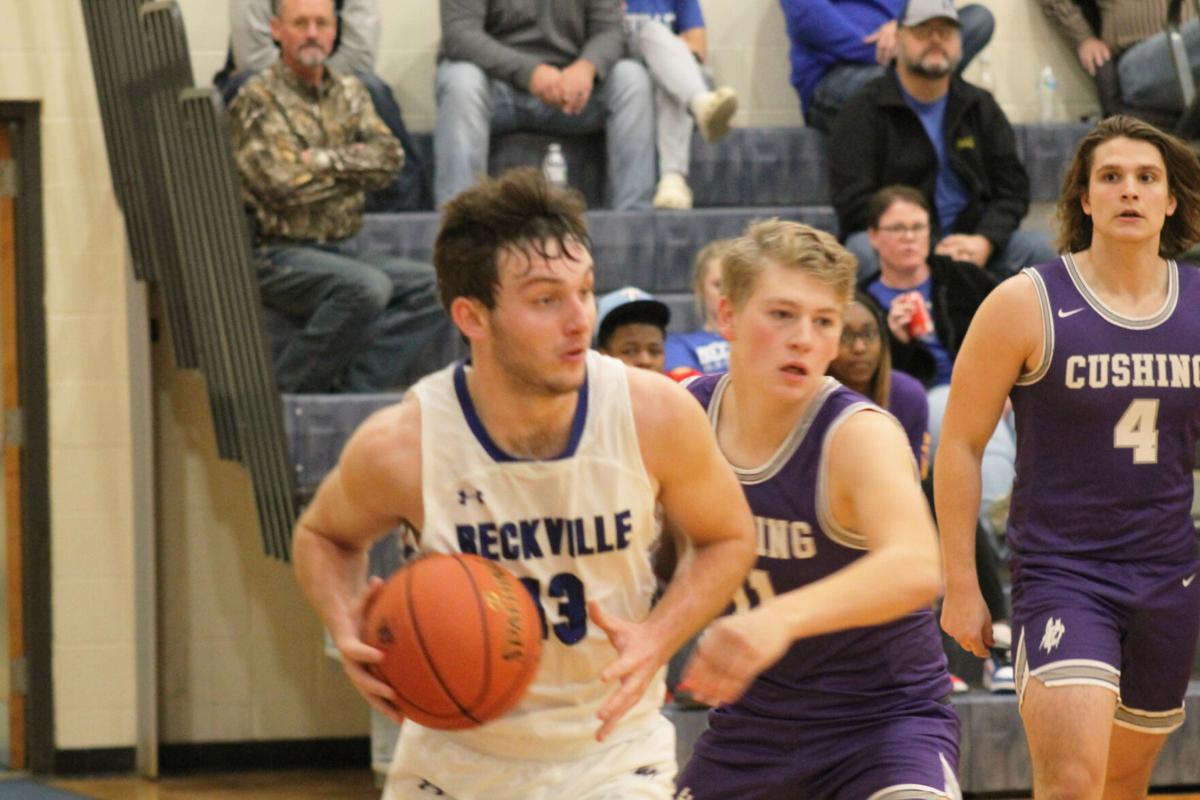 Beckville's Ryan Harris gets ready to drive the basketball against Cushing in Tuesday night's basketball game.

Beckville’s Ryan Harris passes the ball out of a Cushing double-team in Tuesday’s basketball game.

Beckville's Ryan Harris delivers a pump fake before going up for a shot in Tuesday's basketball game against Cushing.

Beckville's Ryan Harris gets ready to drive the basketball against Cushing in Tuesday night's basketball game.

That’s what was exactly on the mind of the Beckville boys basketball team when they hosted Cushing on Tuesday night.

Cushing was the team that knocked Beckville out of the playoffs last season.

Beckville took that personally, and it showed as they led wire-to-wire to blowout Cushing 71-37 in a Battle of the Bearcats.

Senior DJ Rockwell — who scored 12 points, had three assists and three steals — wasn’t on Beckville last year and noticed his teammates had a different look in their eyes than other games this season.

“I knew they had something to prove, and I wanted to play my hardest to make sure they got this win,” Rockwell said. “They were more locked in and ready to play.”

Beckville started the game on a 12-2 run and led Cushing 20-11 after the first quarter.

Ryan Harris completely filled the stat sheet and flirted with a triple-double as the senior forward scored a game-high 14 points, grabbed 10 rebounds, had six assists, three steals and a pair of blocks.

Harris said Beckville was looking for a fast start, and that’s exactly what happened.

“We like to get ahead early and look to keep the lead,” he said. “It lessens the pressure a little bit. We have a good coach that will tell us at halftime of what we need to be doing, and we have a good team that executes.”

Beckville (12-2) and Cushing (3-7) went back and forth in the second quarter, with Beckville maintaining their nine-point lead going into halftime at 30-21.

Yet again Beckville showed they are a third quarter team, outscoring Cushing by a combined 19-8 in the period. Cushing cut Beckville’s lead down to 30-25, but a Rockwell 3 immediately after followed — and what followed next pretty much put the game away.

Beckville closed the quarter on a 19-4 run.

“I think the kids really settle down in the third quarter,” Beckville Coach Tim Ender said. “See what the other team is trying to do to us, and once we figure that out, the third and fourth quarter should be ours every time.”

Beckville led Cushing 49-29 going into the fourth. Cushing never got within 18 points the rest of the game.

Ender felt that Harris leading the team in assists is a good thing because it means the team isn’t just running things from the perimeter. Beckville is working the ball down low and from the outside.

“If we go inside-out, everything else will open up for us,” he said. “I think they are understanding that. Defensively, we got a bit in foul trouble and need to understand that we can’t reach, we need to move our feet better. Stay in front of our man and if we do that, defensively we’ll be really good too.”

Beckville will enjoy their Christmas break before getting back to action in the Tenaha Tournament starting on Tuesday.