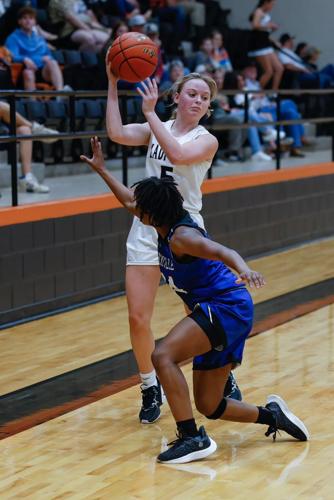 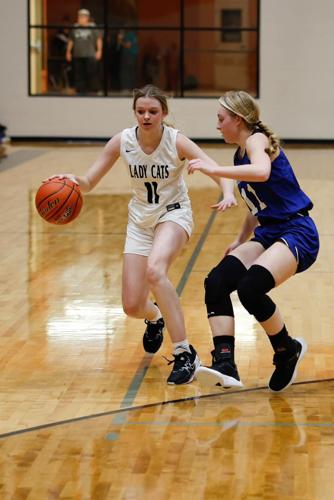 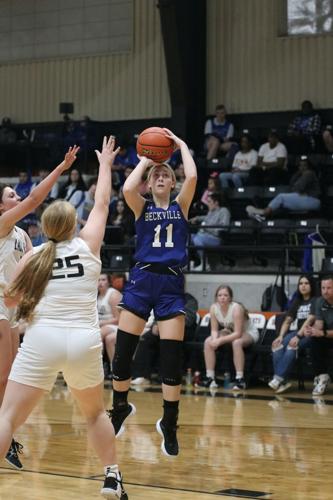 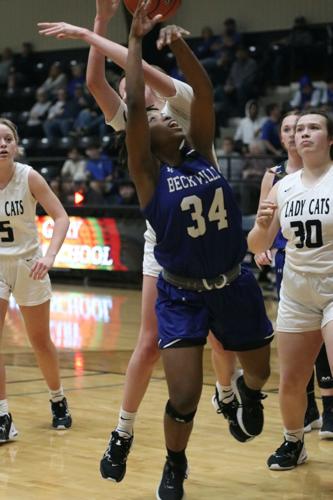 GARY — The Beckville Ladycats basketball team came into their District 23-2A match-up against fellow Panola County foe Gary with a sense of urgency.

“This was a must-win game,” Beckville senior McKinna Chamness said. “Losing the Joaquin game put us in fourth, and we knew that wasn’t good enough. We had to up our standards, so we came in knowing we had to do better and win.”

The Ladycats did just that.

“This was absolute must-win,” Beckville first-year Coach Kalyn Brisby said. “I couldn’t praise them enough; it’s things we talk about but seeing it in action that’s the coach’s ultimate feeling. Having them do something that you work so hard on and it’s successful, that’s a win. I’m just so proud.”

Beckville led Gary 9-1 after the opening quarter and scored 16 of the game’s first 17 points en route to taking a 24-4 halftime lead.

“The first quarter we came out aggressive because we had to win this game to move up in the standings,” Harris said. “At practices we’ve been working on what we’ve been running and just encouraging each other.”

After a very physical match-up on Tuesday against Joaquin — a game Beckville lost 51-48 at home — the Ladycats wanted to maintain that defensive intensity without racking up the fouls.

Brisby said she was extremely proud of how her team defended Gary.

“One thing I was super proud of and I told them at half was when they are playing defense, they were playing good hands off defense,” Brisby said. “They weren’t allowing those fouls to rack up like what happened with Joaquin. We’re prepared for officials to be more touchy-feely now, and we worked on that.”

Gary just couldn’t get out of first gear on offense, and facing a Beckville team that would’ve been behind the eight ball in regards to making the playoffs didn’t help either.

“We watched film on them so we knew what would work and what we needed to do,” Harris said.

With the top two spots practically secure by 2A No. 5 ranked Tenaha and Timpson, a battle for the final two spots will come down to Beckville, Shelbyville and Joaquin.

Beckville will host Tenaha on Tuesday, while Gary is off until Jan. 20, when the Lady Bobcats visit Shelbyville.