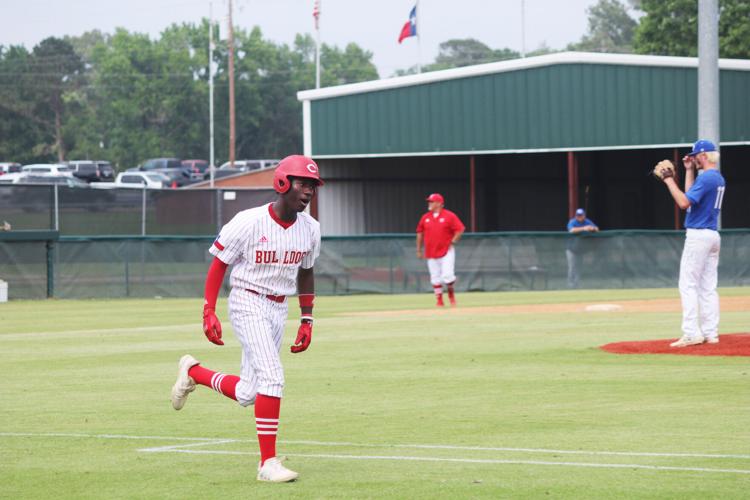 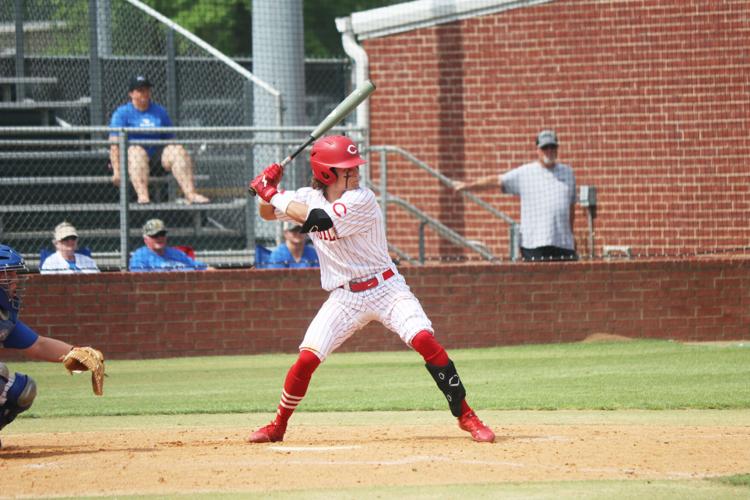 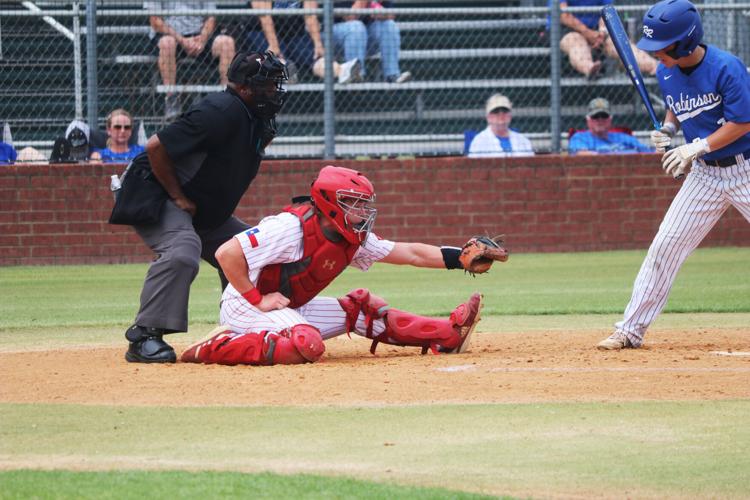 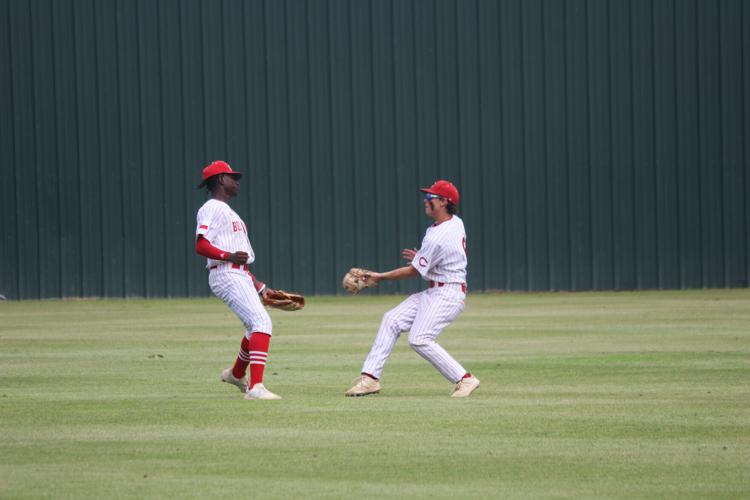 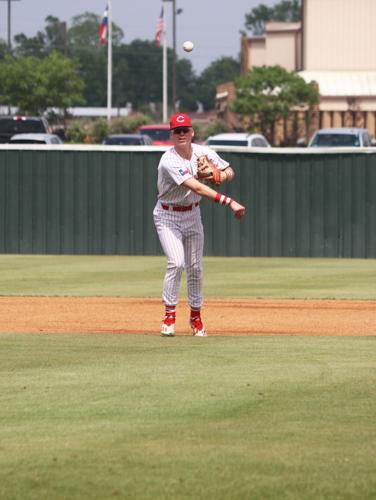 CARTHAGE — When the Carthage Bulldogs baseball team needed that one spark to get them going, senior Javarian Roquemore was there to deliver.

Roquemore hit a towering home run to tie the game and Noah Paddie went 4-for-4 at the plate with a three-run home run, two doubles and five RBIs as Carthage scored nine unanswered runs to defeat Robinson 9-1 to win a 4A bi-district title on Saturday afternoon at Jim Reeves Memorial Field.

“All it takes in baseball is one spark,” Roquemore said of his home run. “That’s all it took for us, it was a no doubter. (The bat flip) was kind of planned because I kind of hit out weakly in Palestine, so I have to go out with a bang in this one.”

Roquemore’s solo shot tied the game 1-1 in the bottom of the fourth where the Bulldogs went on an epic two-out rally. Following the home run, Braden Smith and Cade Moore reached on walks before Ty Chambers delivered an RBI single to make it 2-1. Jakarrian Roquemore earned a walk before Paddie delivered an RBI double to make 5-1.

This was the third time around Carthage was seeing Robinson starter Ryan Sanders, and they started getting his timing down pat.

“Usually the second or third time through the order we have some better at bats,” Carthage Coach Jason Causey said. “(Roquemore) was fortunate enough to square one up and get one out of the yard and it got (Sanders) rattled a little bit. We were able to get a few more hits and busted it open there in the fourth.”

Carthage starting pitcher Braeden Wade validated the five-run fourth by quickly getting Robinson to go in order in the top of the fifth.

Wade, who by his own accounts didn’t have his best stuff on the extremely hot Saturday afternoon, said his teammates picked him up.

“I didn’t have no strikeouts, but my defense stepped up,” Wade said. “They helped me get out of jams and we got the win.”

Robinson (14-14) did give one final threat in the bottom of the sixth, where with two outs Brayden Gates would reach second on a Carthage throwing error. Wade would walk pinch hitter Mason Helpert and Miguel Cabrera to load the bases.

Causey would go to the bullpen, and Matthew Smith induced a Sanders ground out to get out of the jam and keep it 6-1.

“Wade it took him a little while to find his way, he’s got good stuff like all our guys do,” Causey said. “We have all the confidence in the world in Matthew Smith. He’s the guy that we can trust to come in a tight situation and get the job done.”

Moore and Jakarrian both reached on walks before Paddie delivered an exclamation point with his three-run home run.

“Honestly I kind of knew it was gone off the bat, but you still have to run it out,” Paddie said. “You can’t do anything too much. I put a swing on it and found a good pitch — all you can ask for.”

In the two games against Robinson, Paddie went a combined 6-of-8 with four extra base hits.

Coming into the postseason, the junior second basemen hadn’t been on the biggest of rolls.

“He struggled for a little bit, but he’s one of those guys that stays after practice, goes to the cages and works,” Causey said of Paddie. “As you can tell he’s reaping the benefits of that extra work he’s putting in and he had a great series.”

Javarian went 2-for-3 with two RBIs to go along with his home run, Todd Register singled and scored, and Jakarrian scored twice in the game.

Wade got the win throwing 5 2/3 innings. He allowed two hits, one run (unearned), walked five and hit a batter.

Kolten Saulters went 2-for-4 and Sanders had an RBI single in the loss for Robinson.

“We have a pretty good bunch that isn’t going to get phased by a whole lot,” Causey said. “Pitch, play defense and get some timely hits. We’re just excited to be moving onto Round 2.”

The Bulldogs are coming into the area playoffs feeling really good about themselves.

“We can be as good as we let ourselves be, I truly believe that,” Paddie said. “We have the pitching, we have the defense. We just have to get our timely hits like we did this series and we’ll be in good shape.”

Paddie went 2-for-4 at the plate with a solo home run as Carthage defeated host Robinson 5-2 in the first game of their 4A bi-district series on Friday night.