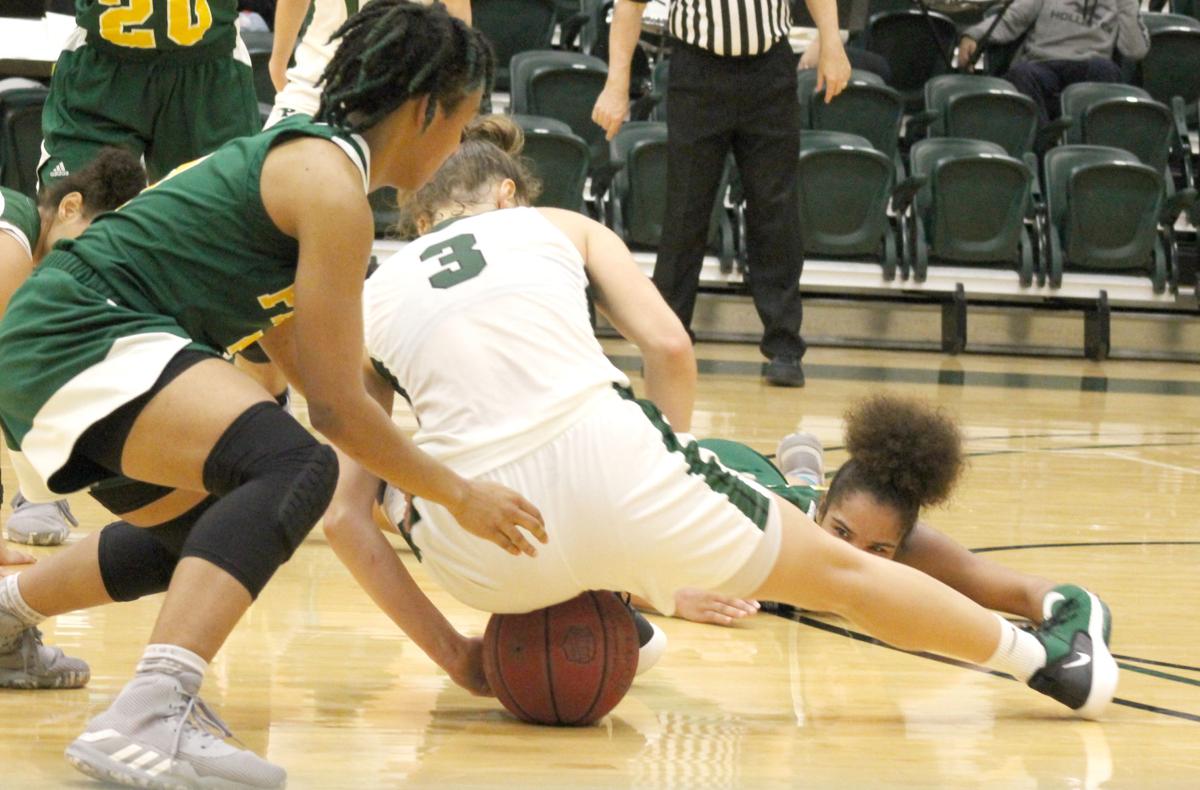 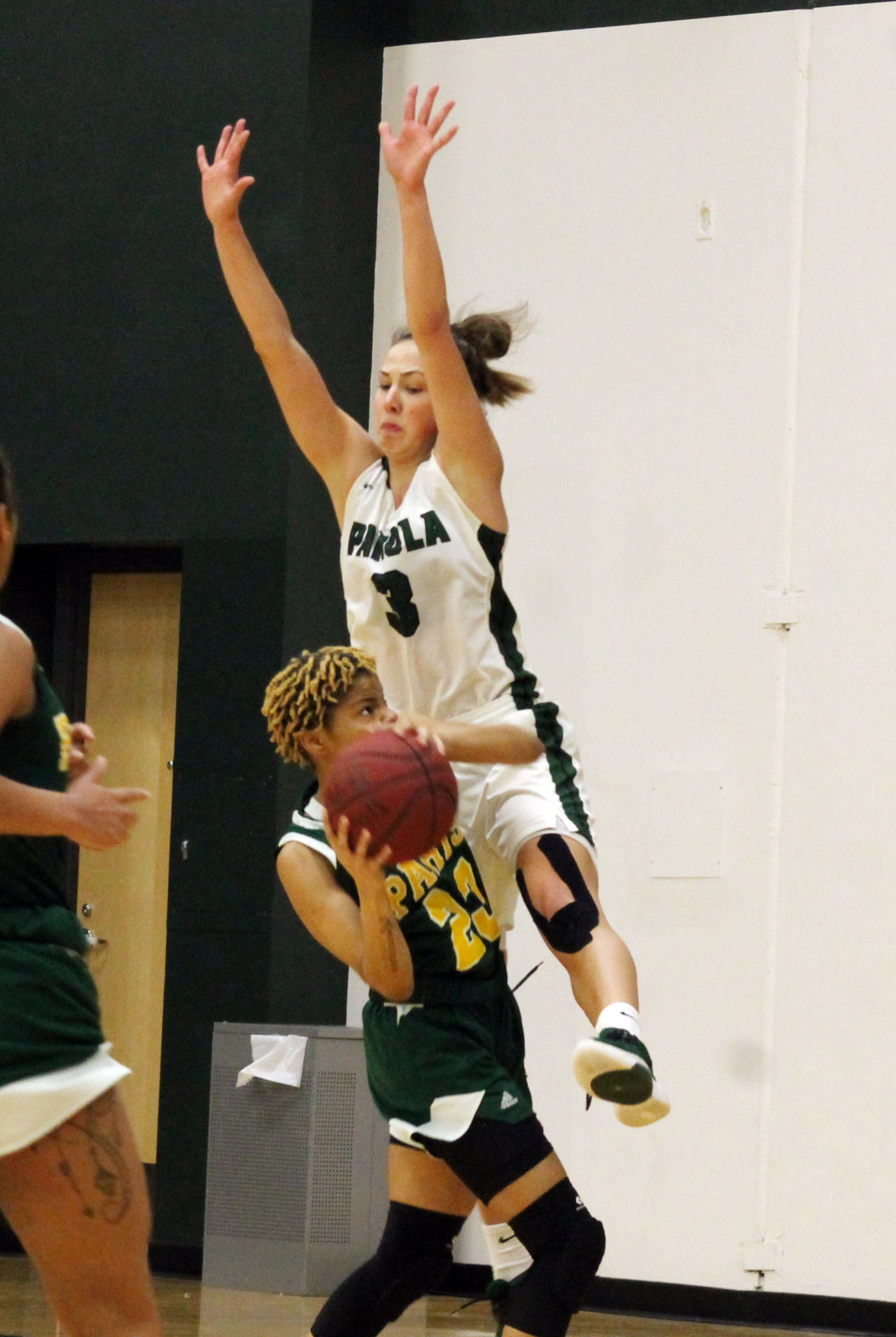 The Panola College Fillies appeared to be ready to blow the Paris Junior College Dragons out of Arthur Johnson Gym Wednesday night.

That is until the visitors switched defenses and switched things around.

Luckily for the Fillies they had already built up a large enough lead and were able to hold on for a 64-50 win in Region XIV action.

The Fillies are now 11-10 for the season and 7-4 in regional play. They are at home on Saturday for a 2 p.m. game against Kilgore College.

“We have to do a better job handling pressure,” assistant coach Sam Howard said. “We were throwing the ball away and we let them get back in it. If there had been more time left when they started pressing, they might have sent it into overtime.”

Using a fullcourt, man-to-man press started paying dividends for the visitors as they cut into the lead and made it a 58-37 game heading into the final period.

The scoring was almost non-existent in the final period for the Fillies as Paris JC ran off on an 11-2 run that saw them cut the lead to 62-48 with 2:07 left.

However, they couldn’t get any closer and the Fillies basically dribbled out the final 1:38 on the clock.

Shonnyvelle Regalado led the Fillies in scoring with 19, followed by Destini Whitehead with Daryna Bacjarova with 11. Jaicia Canady led PJC with 13 and Mikyla Green had 11.

“We did all right in the first half, but in the second-half we were just missing layups and not shooting well at all,” Howard said. “But it all starts in practice. If they do what we tell them to, we’re going to be OK.”

PC Ponies fall on the road

The Ponies are now 17-7 for the season and 8-5 in Region XIV action heading into Saturday’s home game against Kilgore College at 4 p.m.

The Ponies outrebounded Navarro and only had two more turnovers.

Jermaine Drewy had 16 and eight rebounds to lead Panola’s attack, while Kelyn Pennie had 10 points, Christopher Coley had nine and Kamri Brown and Cameron Carson both had eight.

Akol Mawein had 31 points and seven assists to lead Navarro.