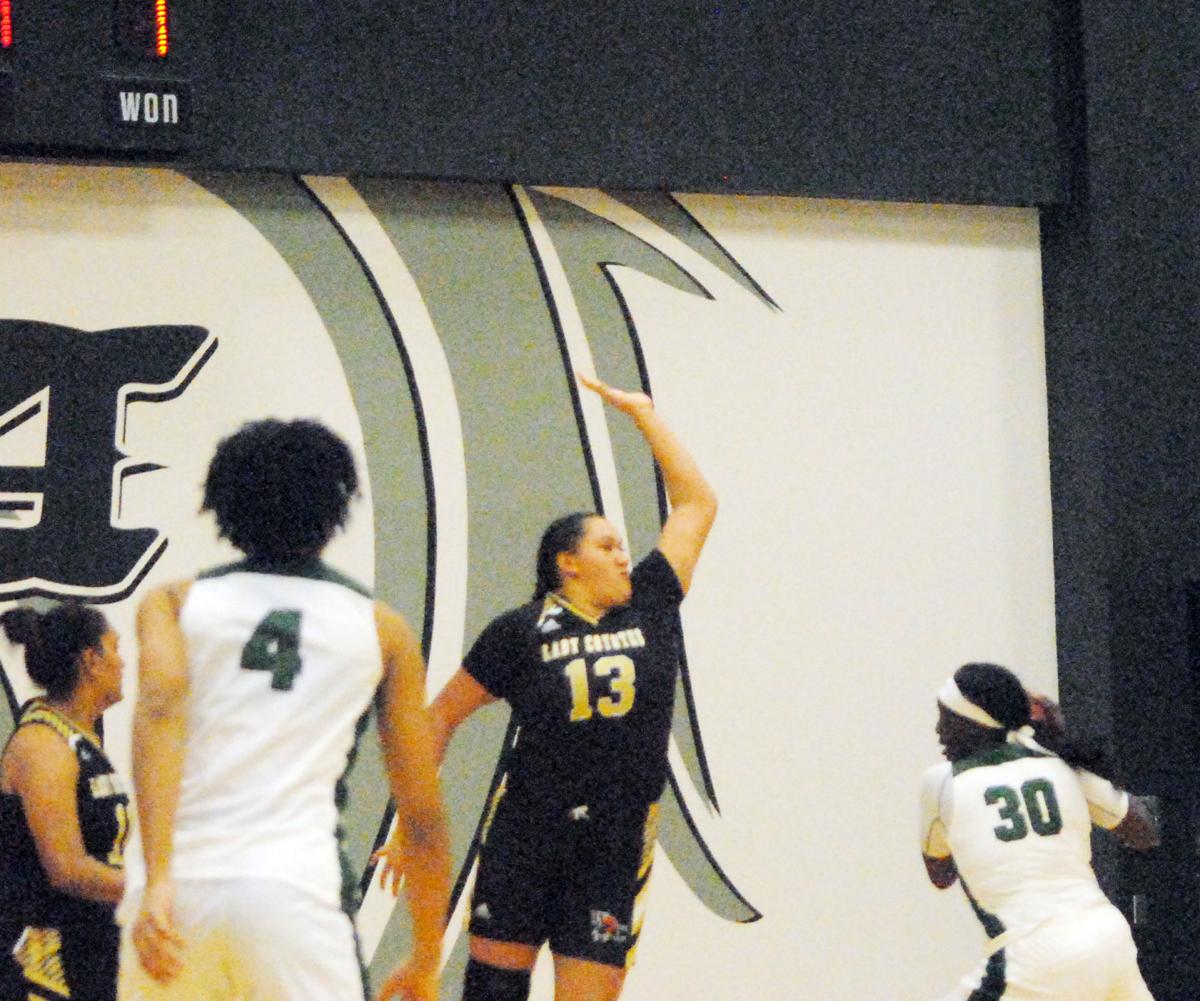 Panola College’s Nyidier Riak (30) drives inside, but finds Weatherford’s Kay-Hauata Phillips (13) as a larger than average foe during Thursday afternoon’s game in Arthur Johnson Gym. The Fillies picked up a 68-57 win over the Lady Coyotes. 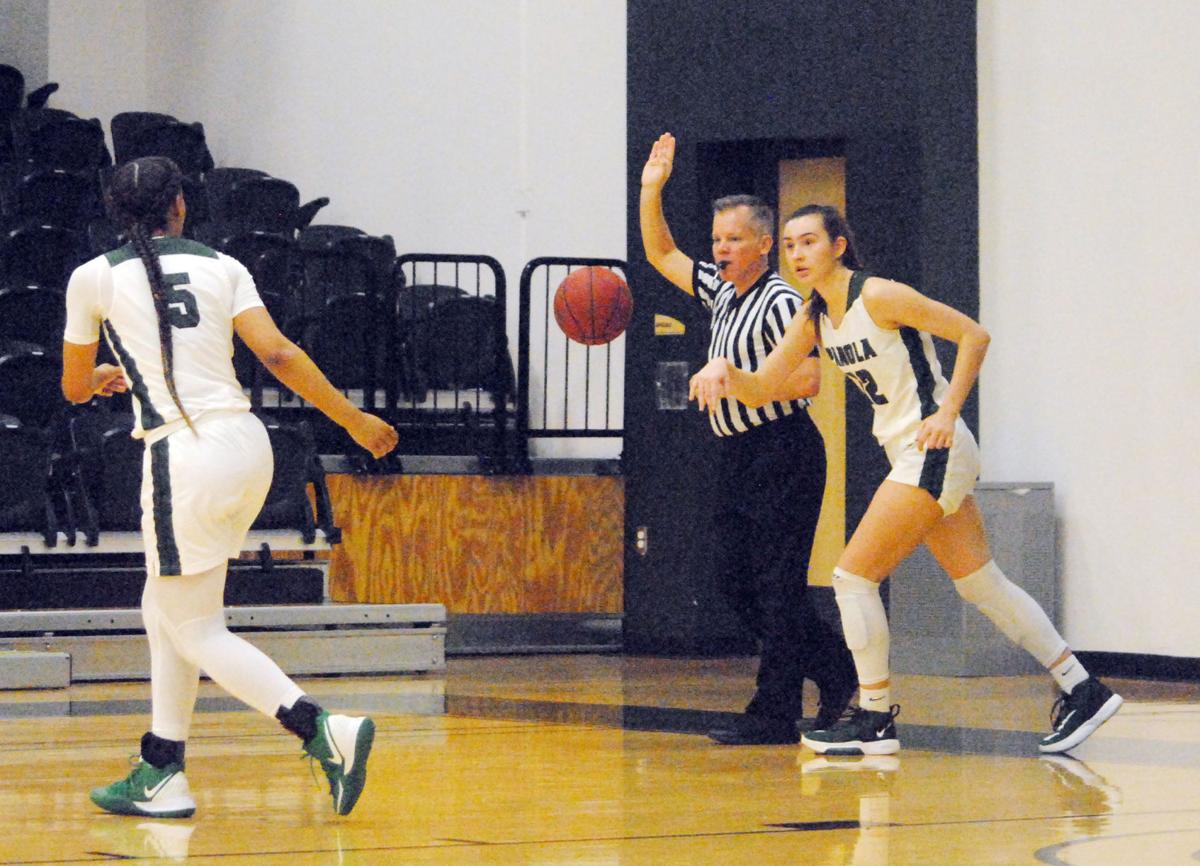 Panola College’s Nyidier Riak (30) drives inside, but finds Weatherford’s Kay-Hauata Phillips (13) as a larger than average foe during Thursday afternoon’s game in Arthur Johnson Gym. The Fillies picked up a 68-57 win over the Lady Coyotes.

Playing in the friendly confines of Arthur Johnson Gym is something the Panola College Fillies have’t had a chance to do to much of so far this season.

They’ve played 13 games and only two have been at home.

Thursday afternoon they put on a pretty good example of what local fans should be able to come to expect.

Daryna Bocharova poured in a game-high 30 points and the team was perfect from 3-point line as they pulled away late for a 68-57 win over the Weatherford College Lady Coyotes.

Panola is now 5-8 for the season, but the Fillies won’t get to enjoy it long as they travel to Trinity Valley on Wednesday before returning to face Coastal Bend in a 2 p.m. Saturday game.

Neither team seemed to show the rust consistent with a holiday break to get things started as both put up 17 points in the first quarter of play.

The Fillies picked things up on the defensive end and began pulling away in the second quarter, taking a 37-30 edge at the midway point.

“Daryna was just huge out there today,” PC coach Alex Furr said. “She was a big key for us. She hit eight 3’s so we put her in the corner and let her shoot.

“They’re a really tough team and for us beat them like we did says a lot. We just did a tough job on defense and made some of their better players work at other things. We pretty much shut down their leading scorers.”

Sumaiyah Abdur-Rahim hit back to back baskets for the Lady Coyotes late in the third, followed by free-throws from Kay-Hauata Phillips and finally a Destiny McAfee 3-pointer to let the visitors pull within seven, 52-45 heading into the fourth.

Bacharova took over from there, nailing a 3-pointer in the corner, hitting a driving baseline layup, setting up a teammate for a pair of free throws and then hitting a pair of her own.

For the game the Fillies hit on 11 3-pointers.

Abdur-Rahim and Sweats both had 12 to lead the Lady Coyotes, while McAfee had nine.

“We had to shut down their leading scorers and that’s what got us the win,” Furr said. “We stayed close to them and played zone and made sure they didn’t hit that many outside shots.”

But Furr wasn’t totally happy with the win.

“I don’t like that we’re not rebounding as hard as we need to be,” she said. “The girls need to box-out better cause we’re getting out-rebounded. Daryna had 30 points, but we need other people scoring. If she has an off night, we could be in trouble.”