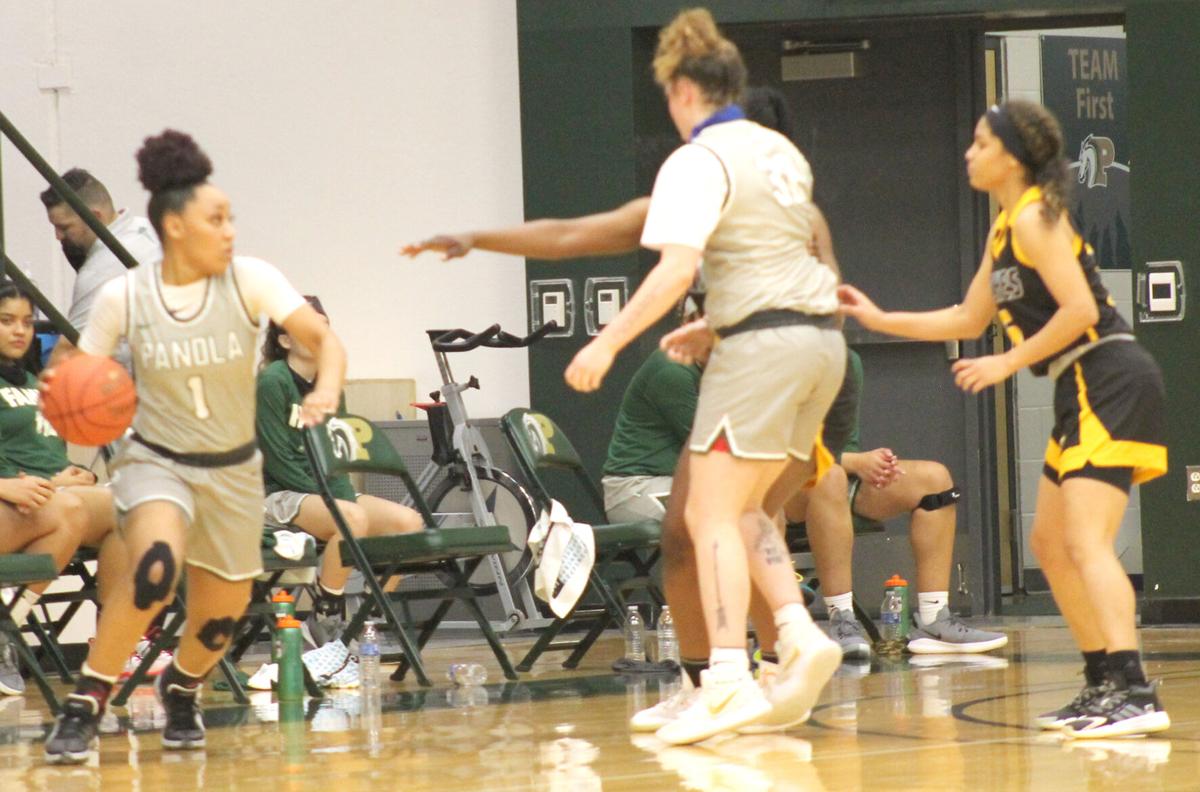 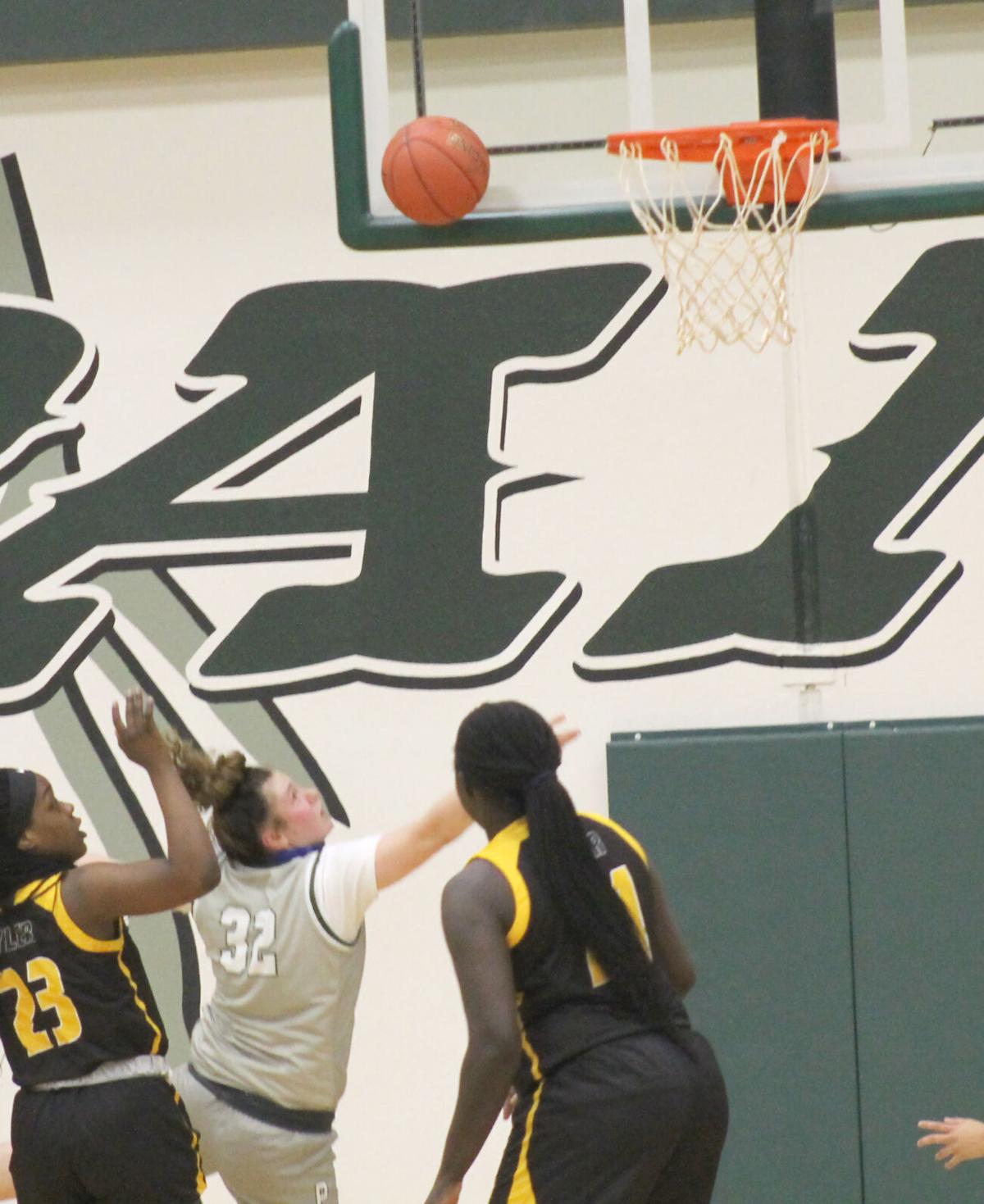 Panola College’s Ginger Reece (32) scores inside for the Fillies in Saturday’s win over Tyler Junior College. 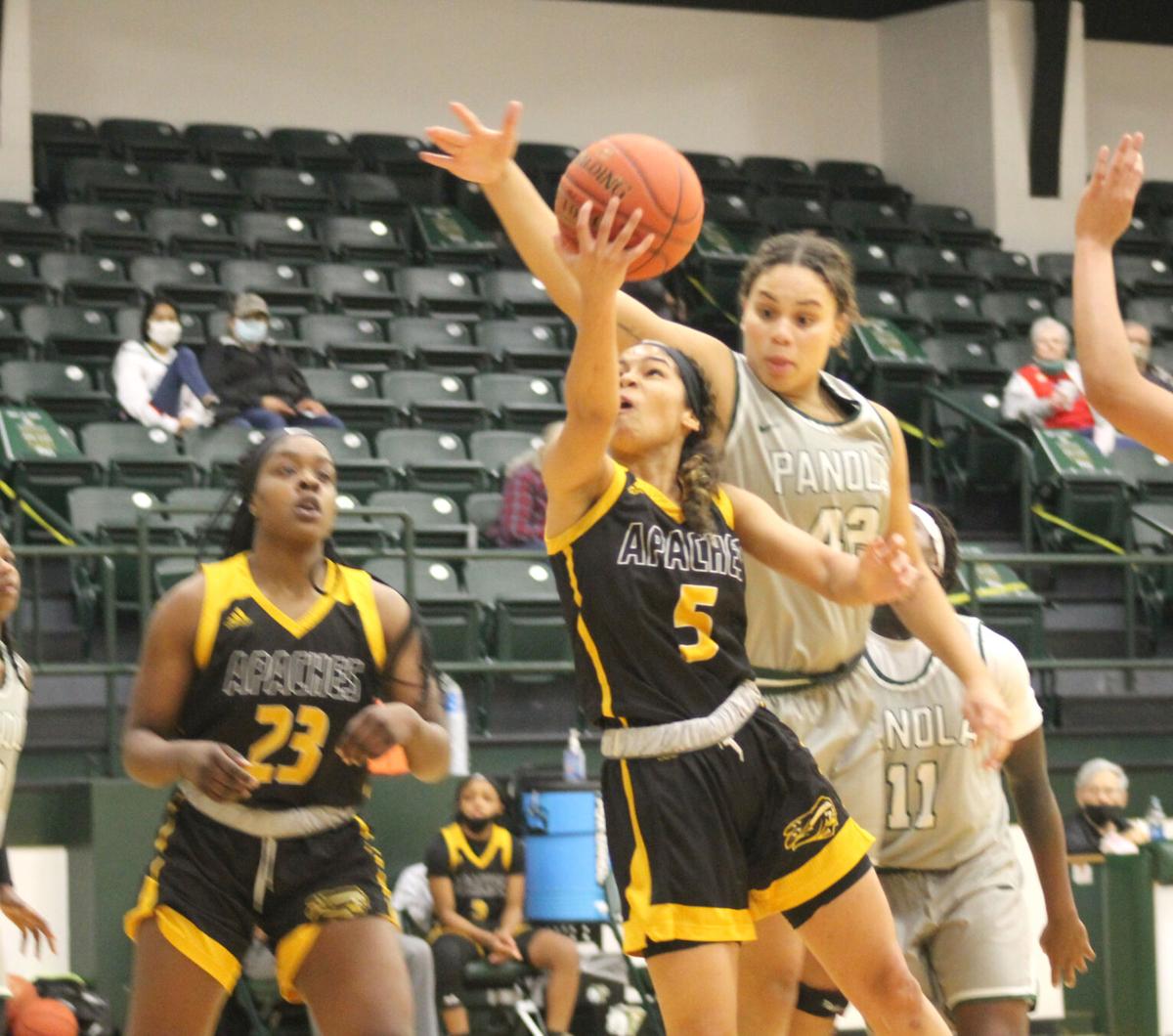 Tyler Junior College’s Nadechka Laccen (5) thinks she has a clear shot at the basket, but doesn’t feel Panola College’s Gabby McBride coming from behind in the Fillies’ 67-57 win. 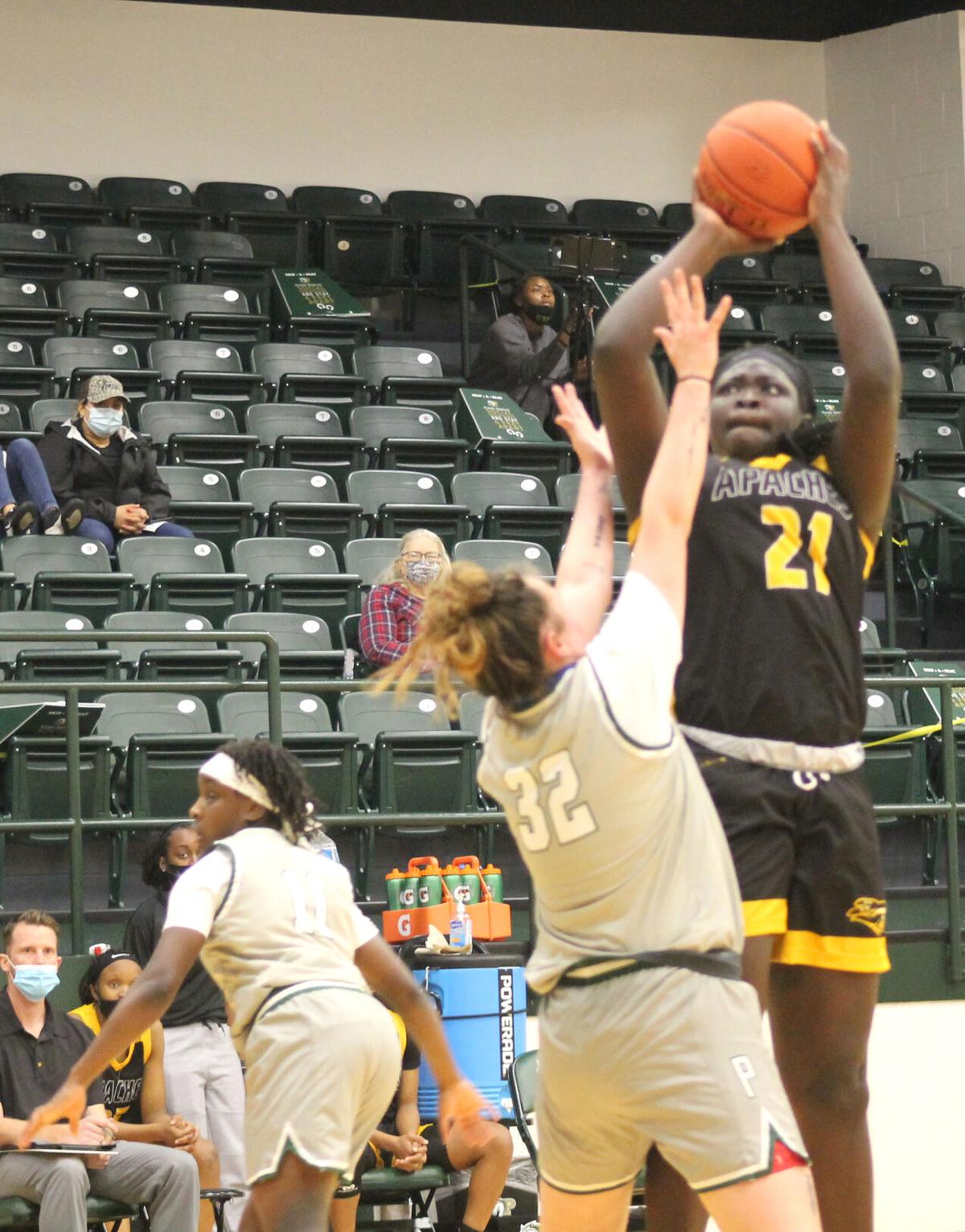 Panola College’s Ginger Reece (32) scores inside for the Fillies in Saturday’s win over Tyler Junior College.

Tyler Junior College’s Nadechka Laccen (5) thinks she has a clear shot at the basket, but doesn’t feel Panola College’s Gabby McBride coming from behind in the Fillies’ 67-57 win.

Panola went undefeated this weekend in athletics, starting what could shape up to be a big spring for the Ponies and Fillies after an unusual fall.

The Ponies baseball team kicked it all off with a doubleheader win on Friday against Coastal Bend (7-5, 7-6) then completed the series sweep with another victory on Saturday (3-1).

The Fillies basketball team continued to dominate Tyler Jr College with a 67-57 victory at home Saturday and remain in first place in the conference and undefeated at 2-0.

It is the third straight time the Fillies have beaten the Apaches. Ginger Reece and Odeth Betencourt both had 18 to place the Fillies, while Alana Swift added 16 and Joy Chanslor had 10.

The Ponies basketball team continued its exciting year with a thriller in Paris with Cody Dean hitting a three pointer at the buzzer to win 71-70 over the Dragons. The Ponies are now in second place in the league with a 4–1 record.

COVID has changed many things that we know and has definitely given us a full spring of athletics and this week gives you much to watch as our athletic teams are all in full action.

The Fillies volleyball team kicked off conference on Monday as they had a rare afternoon match against Coastal Bend and took a 3-1 win.

Tuesday the baseball team was back in action on the road at Centenary College.

Then Saturday the baseball team is back on the road at Hinds Community College. The Fillies basketball team hosts TVCC as the Ponies go to Tyler.