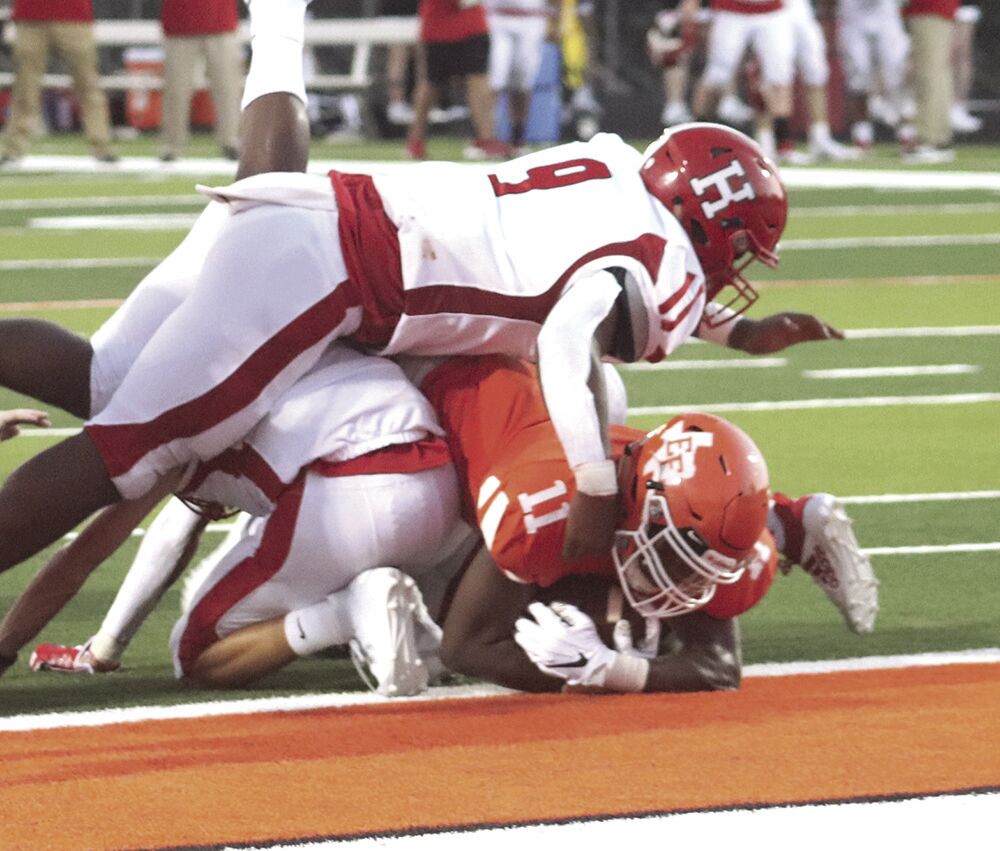 Elysian Fields’ William Goodnight is brought down by the Harmony defense during Friday night’s season opener. 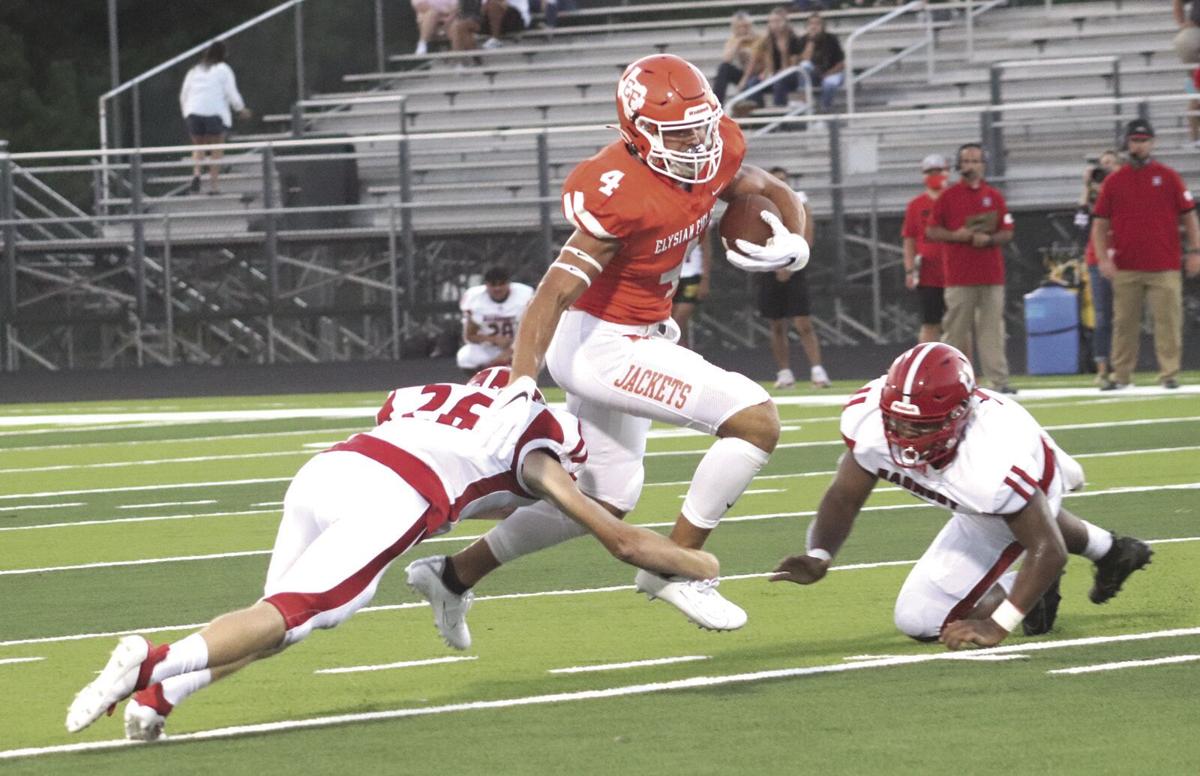 Elysian Fields’ William Goodnight is brought down by the Harmony defense during Friday night’s season opener.

ELYSIAN FIELDS — Friday night saw the Elysian Fields Yellowjackets start off their season at 1-0 with a 34-20 win at home over the Harmony Eagles.

Elysian Fields finished the night with 321 yards of total offense, 239 of which came on the ground and 82 came through the air. The Jackets finished the game with 19 first downs.

Harmony finished with 338 yards of total offense, throwing for 153 and rushing for 185. The Eagles had 19 first downs. Caleb McNeil went 15-of-24 passing for 135 yards, two touchdowns and one interception. Michael Everett caught eight passes for 72 yards. Corey Parker caught a pair of passes for 37 yards and one touchdown.

The Yellowjackets drew first blood when Goodnight punched it in from two yards away. Wilkerson added the extra point to give his Yellowjackets a 7-0 lead with 1:43 left in the first quarter

Elysian Fields put together an eight-play drive that resulted in a two-yard run by Devers. The extra point was blocked but that gave the Jackets a 13-0 lead with 4:25 left in the second quarter.

Harmony got on the scoreboard when McNeil connected with Seahorn for a four-yard touchdown with 13 seconds left in the first half.

The Eagles drew first blood in the second half when McKenzie punched it in from four yards away. The two-point conversion failed and the Yellowjackets led by one point, 13-12 with 6:30 remaining in the third quarter.

Wilkerson used his feet and used some jukes to find his way to the end zone on a 10-yard quarterback keeper. That spread his team’s lead to 20-12 at the 6:30-mark in the third quarter.

A 36-yard run by Storey put the Jackets at the one-yard line. Storey then finished the job from there on the next play, giving his Jackets a 27-12 lead with as 10:22 showed on the clock.

Harmony was threatening to score, but Storey put an end to that with an interception, then went the distance for a 90-yard pick six. With that, the Yellowjackets led 34-12 with 3:56 remaining in regulation.

The Eagles squeezed out one more score when McNeil found Parker for a 17-yard score. McKenzie ran it in for the two-point conversion but by that time, it was too little too late for Harmony, as Elysian Fields came away with the 34-20 win.

Friday night will see the two teams return to action when the Yellowjackets travel to Joaquin to take on the Rams and the Eagles will play host to the Hughes Springs Mustangs.