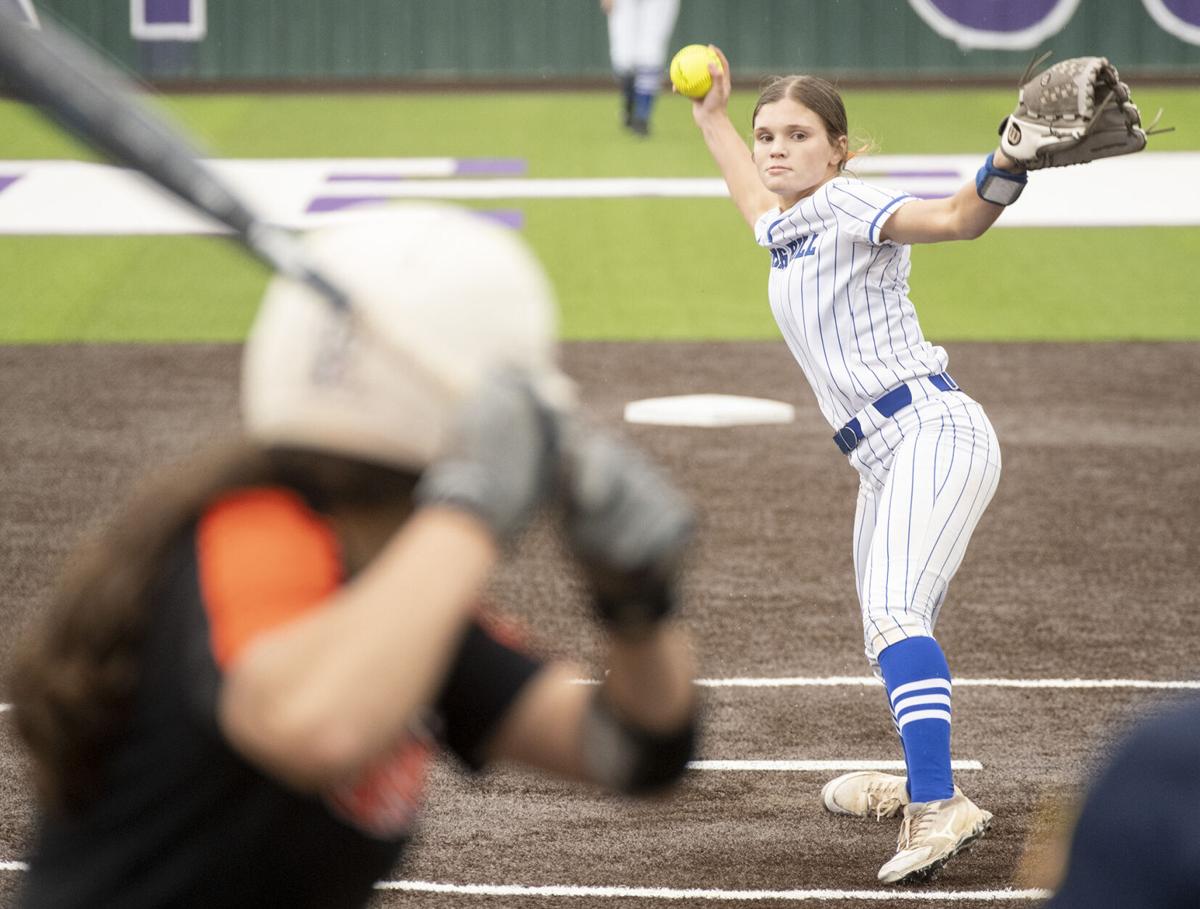 Sam Schott pitches for Spring Hill during their Class 4A bi-district game with Gilmer at Hallsville’s Ladycat Field. 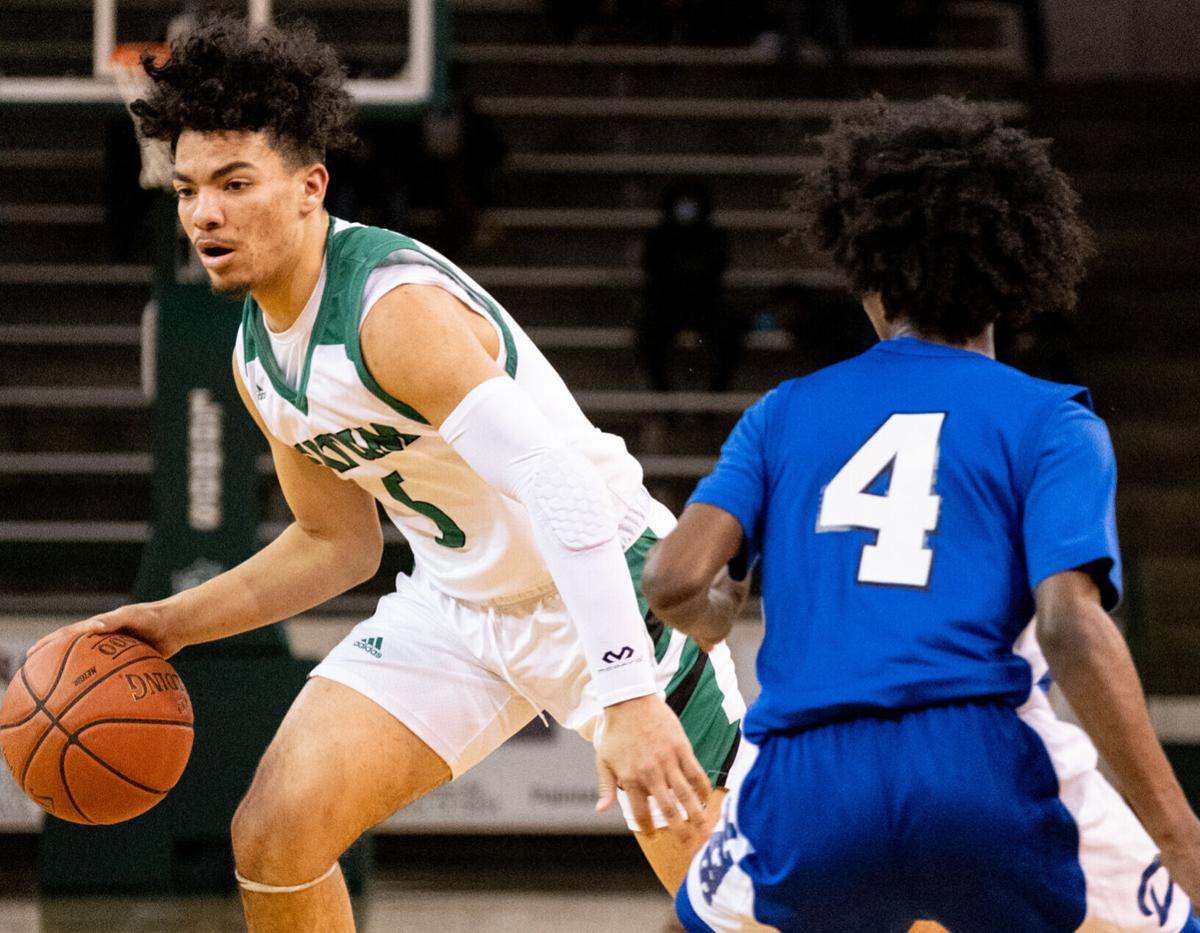 Kendric Malone makes a move to the basket for Tatum during their game with Daingerfield in Longview’s Lobo Coliseum. 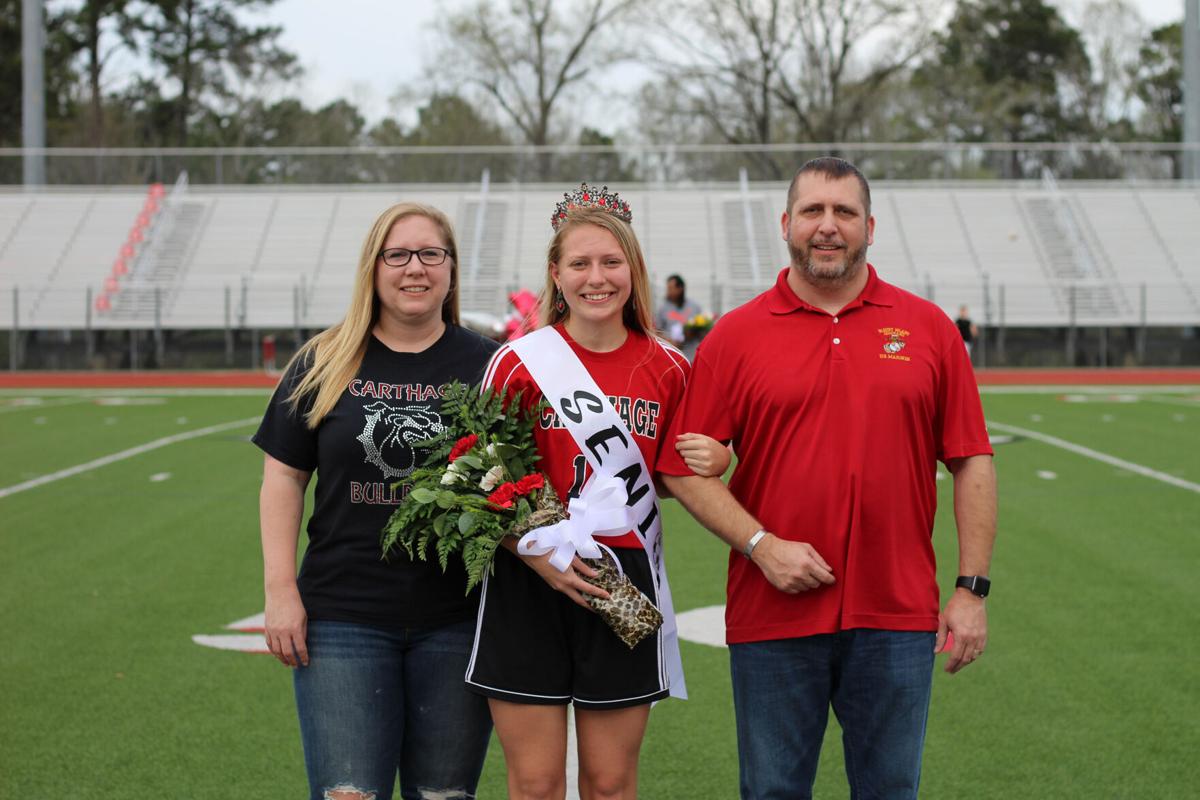 Sam Schott pitches for Spring Hill during their Class 4A bi-district game with Gilmer at Hallsville’s Ladycat Field.

Kendric Malone makes a move to the basket for Tatum during their game with Daingerfield in Longview’s Lobo Coliseum.

The event, presented by Peters Chevrolet Buick Chrysler Jeep Dodge Ram Fiat, was a virtual presentation for the second year in a row due to COVID-19 protcols. The program honored area student athletes for their athletic performances along with their work in the classroom, volunteerism and community involvement.

Schott was a softball, volleyball and cross country standout who will play softball at the University of Texas at Tyler next year.

She hit .545 with nine home runs, 11 doubles, a triple, 34 RBI, 32 runs scored and 15 stolen bases for the Lady Panthers during the regular softball season while also going 15-6 inside the pitcher’s circle with a 3.26 earned run average and 179 strikeouts in 124.1 innings pitched.

Malone was a football and basketball standout for the Tatum Eagles.

On the gridiron, he passed for 1,846 yards and 17 touchdowns and added 365 yards and nine rushing scores for an 8-2 squad that captured the District 16-3A title.

In hoops, Malone helped lead Tatum to a berth in the Class 3A championship game, averaging 14 points and five assists per game and earning district MVP honors.

Philip Humber, who pitched a perfect game with the Chicago White Sox in 2012, was the keynote speaker for the event.

Selected in the first round (third pick overall) by the Mets in 2004, Humber underwent Tommy John surgery early in his career and did not make his MLB debut until Sept. 24, 2006.

On April 21, 2012, while pitching for the White Sox in Seattle against the Mariners, Humber pitched what was then the 21st perfect game in Major League Baseball history.