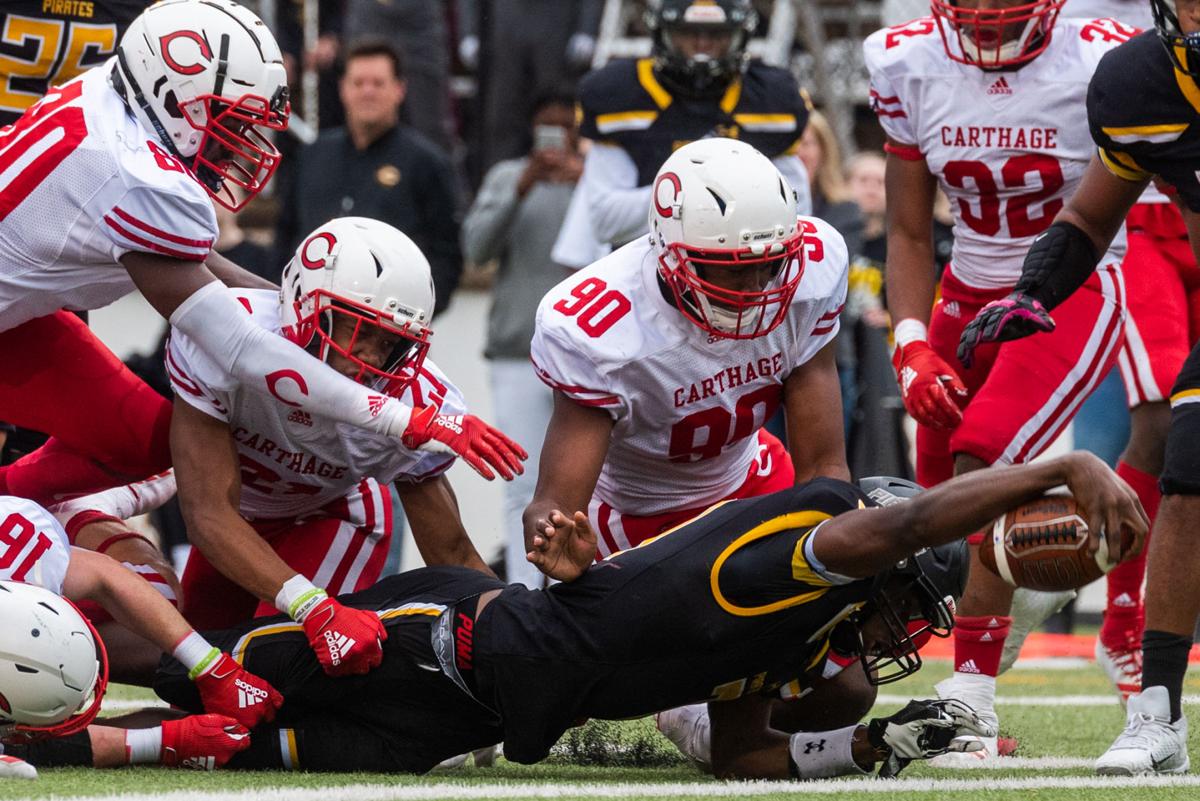 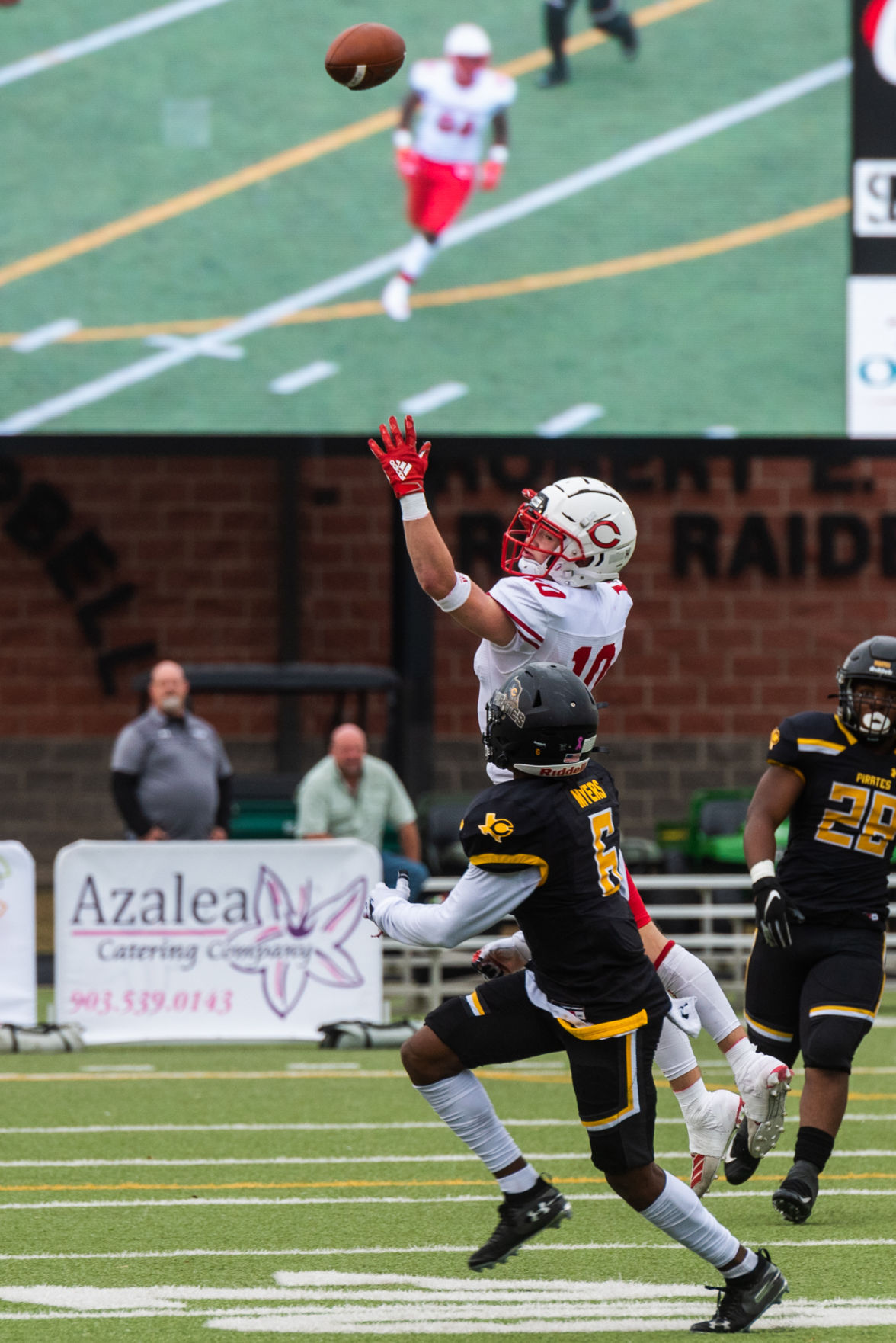 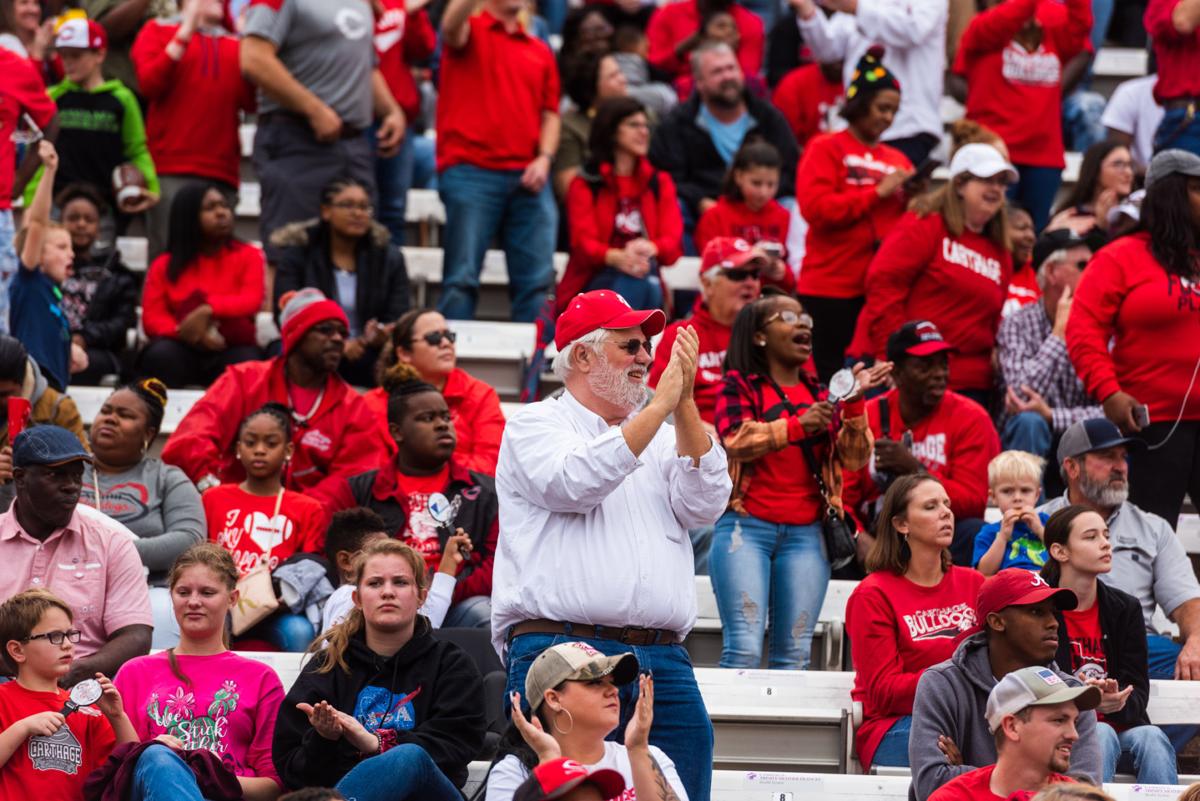 TYLER — The Crandall Pirates appeared to be set on shutting down the Carthage running game in their Region III-4A semifinal game at the TMF Rose Bowl Friday afternoon — namely junior Mason Courtney.

He was held in check for much of the afternoon on the ground, but made up for it with three receptions for good yardage.

Quarterback Kai Horton had another four-touchdown game, and the special teams added a score as the No. 2 Bulldogs took down the Pirates 52-21.

The Bulldogs are now 13-0 on the season and will play the Midlothian Heritage next week in the regional finals. Heritage took out Palestine on Friday.

Holding a back with more than 1,000 yards for the season to just 52 yards on 13 carries isn’t a bad afternoon for the defense.

But Courtney also caught three passes for 48 yards and was on the receiving end of a 17-yard touchdown pass from Horton to close the first half. He opened the second half with a 4-yard touchdown run — set up by a 44-yard bomb to Kelvontay Dixon — to regain control for the Bulldogs.

The early scoring for the Bulldogs came through the air as Kel Williams caught a 10-yarder from Horton and Dixon made a one-hand catch for an 8-yard touchdown.

Special teams added to the scoring totals as Quinton Owens blocked a punt and Cole Whitlock picked it up on the 8 and rambled in for the score.

That was probably only fair, since the Pirates took advantage of the Bulldogs’ no-punting strategy, using a short field to go 38 yards for the score. Wildcat back Sammy Omasigho ran for most of the yards, scoring from the 7.

Omasigho would score again on a 1-yard run that was set up by the pass-catching abilities of Billy Myers, who caught a 41-yard pass on that drive and caught six for 91 for the game.

A Jai Brazier sack set up a 14-yard TD pass to Montrell Smith, Horton’s final TD of the night.

Miles Halton picked off a pair of passes in the second half for the Bulldogs, one of which set up an 8-yard Anthony Wilson keeper for a score.

The Pirates would get one more score as the backup QB weaved his way through the Bulldogs’ secondary for a 27-yard touchdown.