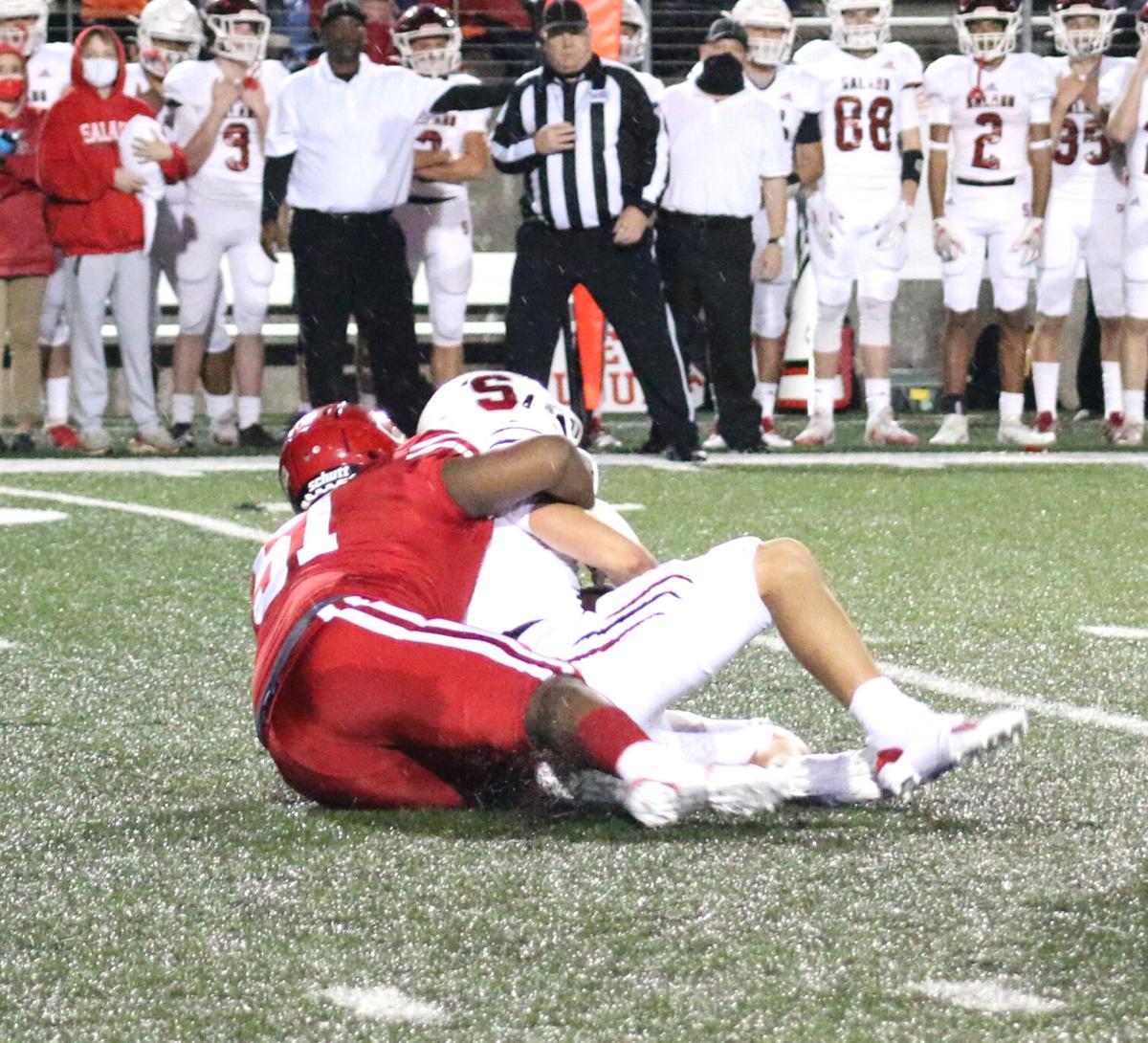 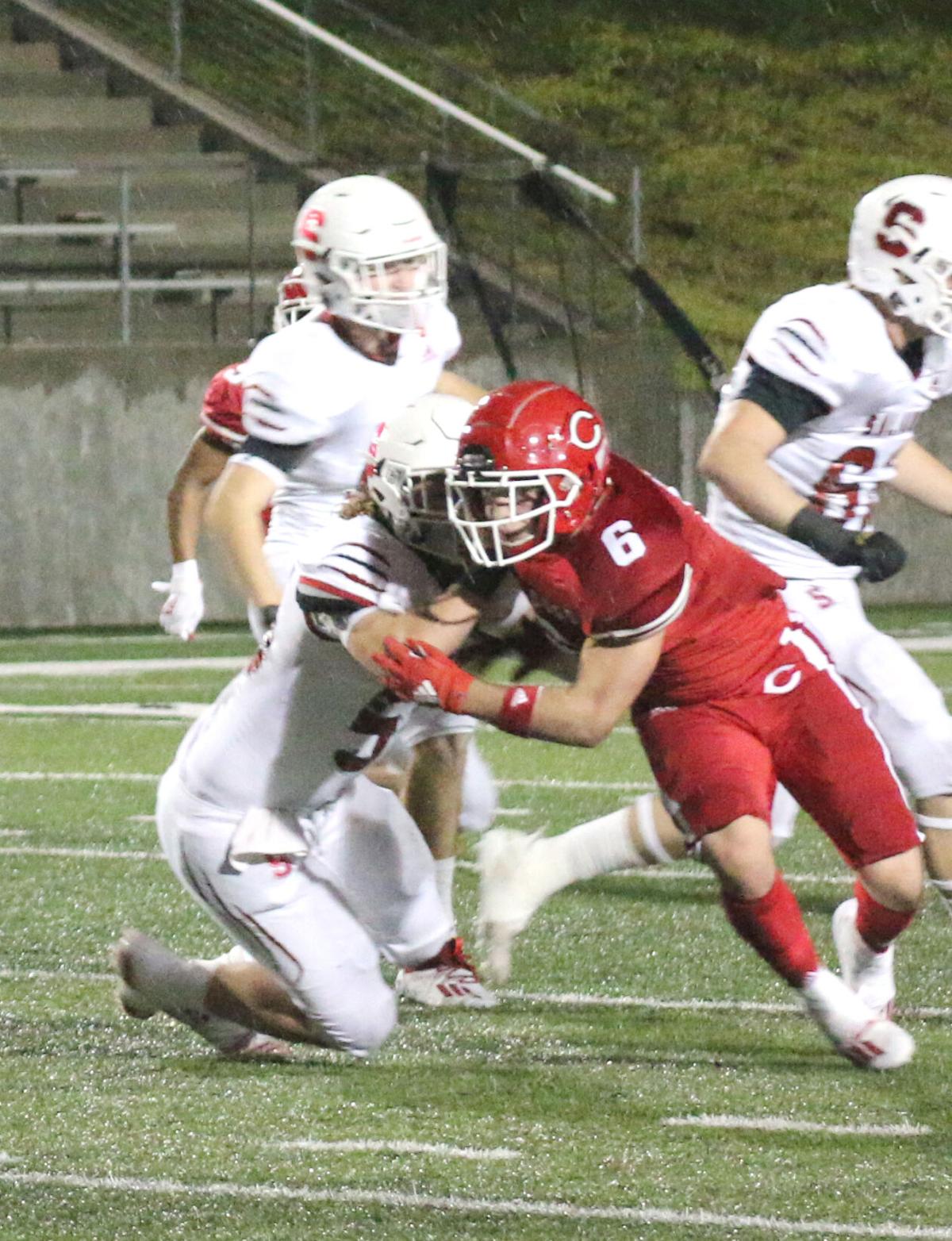 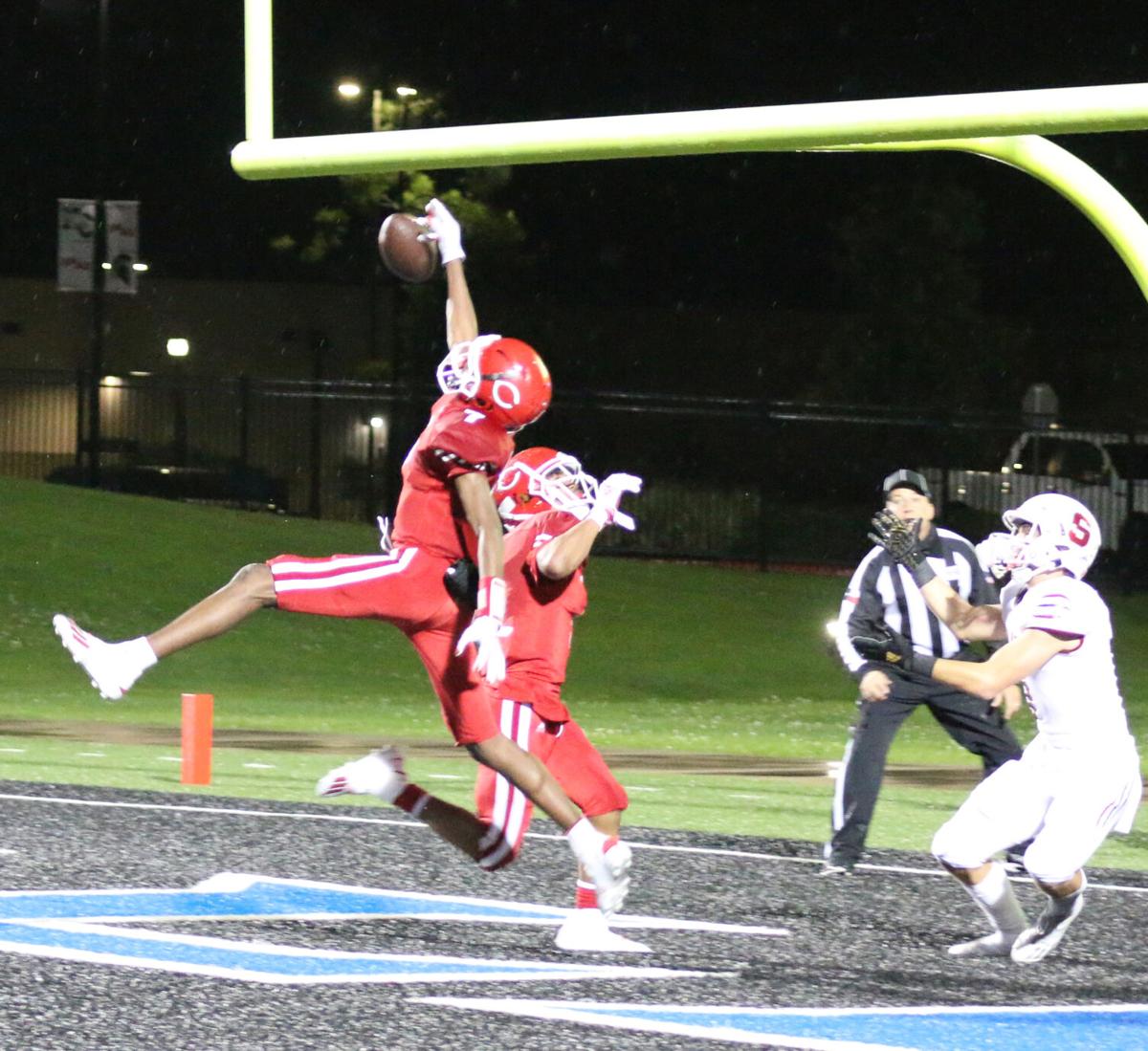 Carthage’s Zay Woods knocks a pass away in the end zone to break up a Salado scoring opportunity in the regional semifinal win, 35-7. Woods leads the team in interceptions with six — two off the school record. 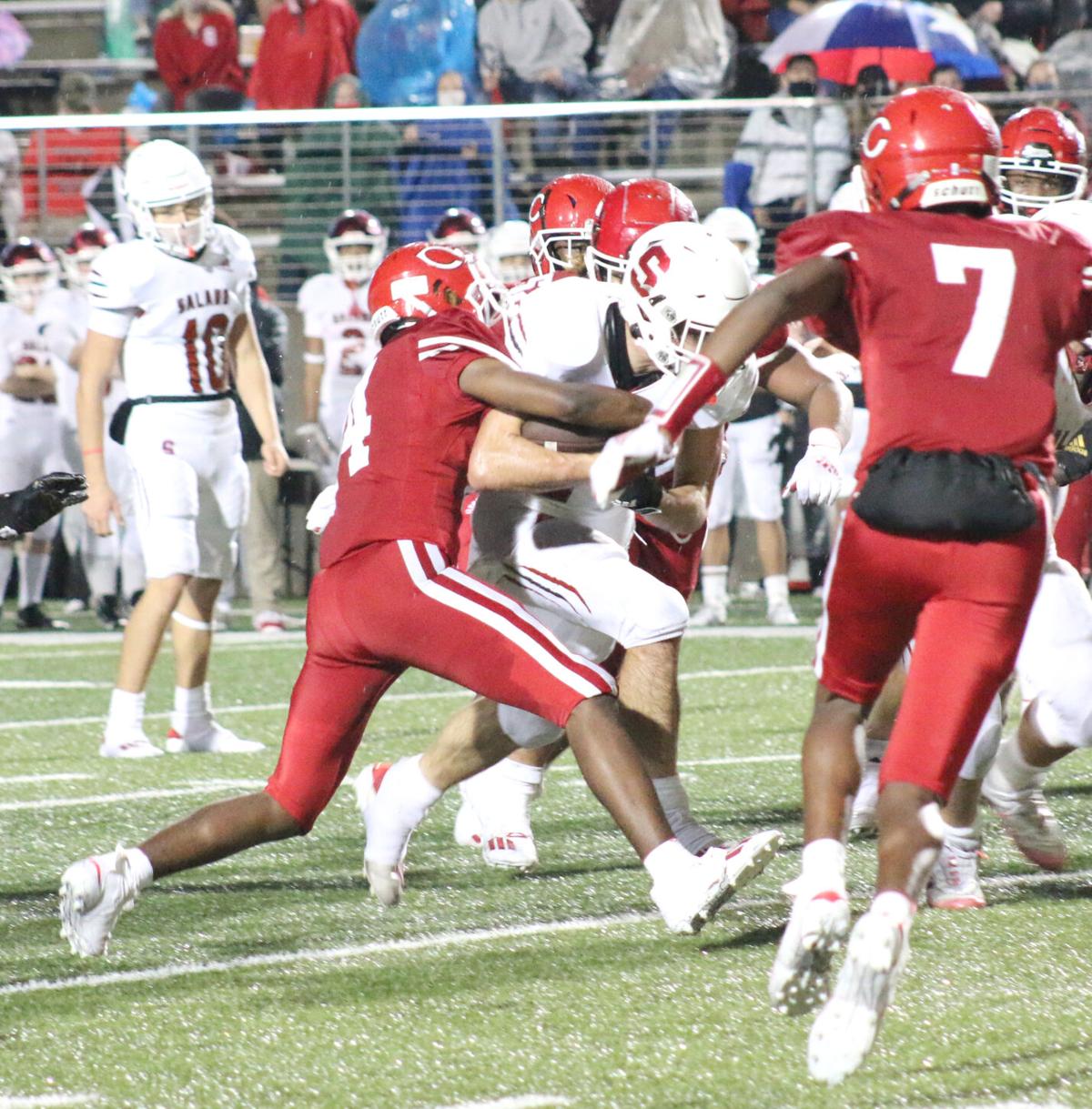 Carthage’s Freddy Lynch (14) has the Salado running back in his grasp as teammate Zay Woods (7) comes up to help. Carthage stopped the Eagles 35-7.

Carthage’s Zay Woods knocks a pass away in the end zone to break up a Salado scoring opportunity in the regional semifinal win, 35-7. Woods leads the team in interceptions with six — two off the school record.

Carthage’s Freddy Lynch (14) has the Salado running back in his grasp as teammate Zay Woods (7) comes up to help. Carthage stopped the Eagles 35-7.

The China Spring Cougars have been impressive of late, knocking off three ranked teams in their playoff run — including No. 2 West Orange Stark.

The Carthage Bulldogs went on a run of their own this season, taking on ranked opponents for four straight weeks with three of them on the road.

The Cougars will get a chance to take their shot at the top-ranked Bulldogs when the two teams meet Friday night at 7:30 p.m. in Midlothian ISD Stadium.

The Dawgs come into the contest with an 11-0 record, while the Cougars are 10-2.

Carthage will be the home team, but will wear white.

The two teams have played two common opponents with both teams beating Jasper — 38-18 by Carthage and 45-19 by the Cougars.

However, Salado beat China Spring 28-14, while the Bulldogs beat the Eagles 35-7.

“They are a very physical team,” Carthage Head Coach Scott Surratt said. “They’re probably one of the top one or two physical teams we’ve played. They have two very big, long defensive ends.”

But their defense isn’t the main concern for Surratt and his staff right now as the Cougars run a triple option offense — something the Bulldogs haven’t seen this season.

“Offensively you start with their quarterback (Major Bowden),” he said. “If he gets hot running the ball, he can be very dangerous. He doesn’t throw it too much because they like to run the ball.

“It’s very dangerous playing an option offense, because you don’t see it that much. No one else has run it against us. You have to play assignment football, and you have to tackle well in space.”

Bowden rushed for 177 yards and four touchdowns in last week’s win over Sealy with one of the TD’s coming on a 52-yard run.

Some of the top defensive players for the Cougars include their three linebackers — Trystan Pechacek, Brayden Faulkner and Almear Degrate — along with D’Marion Alexander at defensive end and Dawson Exline.

Mason Courtney is closing in on another 1,000-yard season as he has 957 yards and 22 touchdowns — four more than last year. Nick Stewart has rushed for 200 yards and four scores. Javarian Rocquemore has 144 yards and two scores and Tavaris Johnson has 107 yards and three touchdowns.

“There’s nothing better in Texas High School Football than playing in December,” Surratt said. “The only thing better than coaching it is playing it. As a player, I didn’t get the chance. We’re not taking it for granted.”