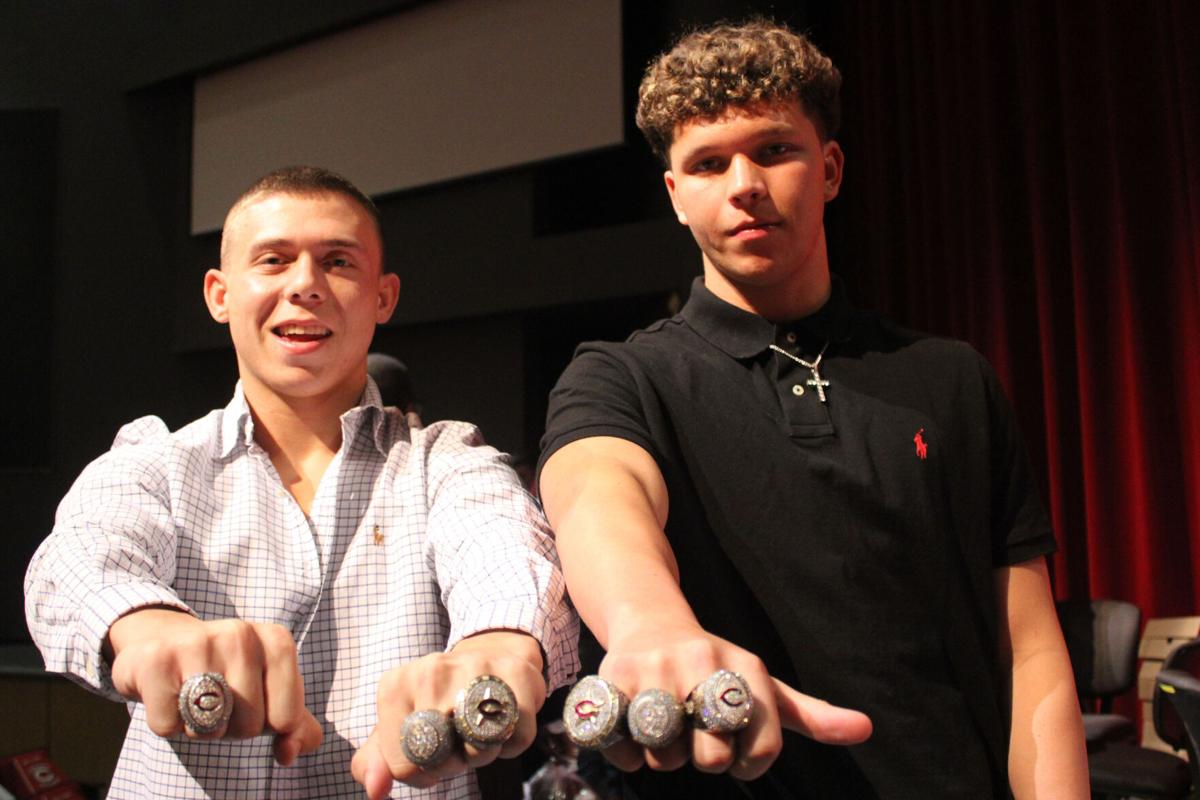 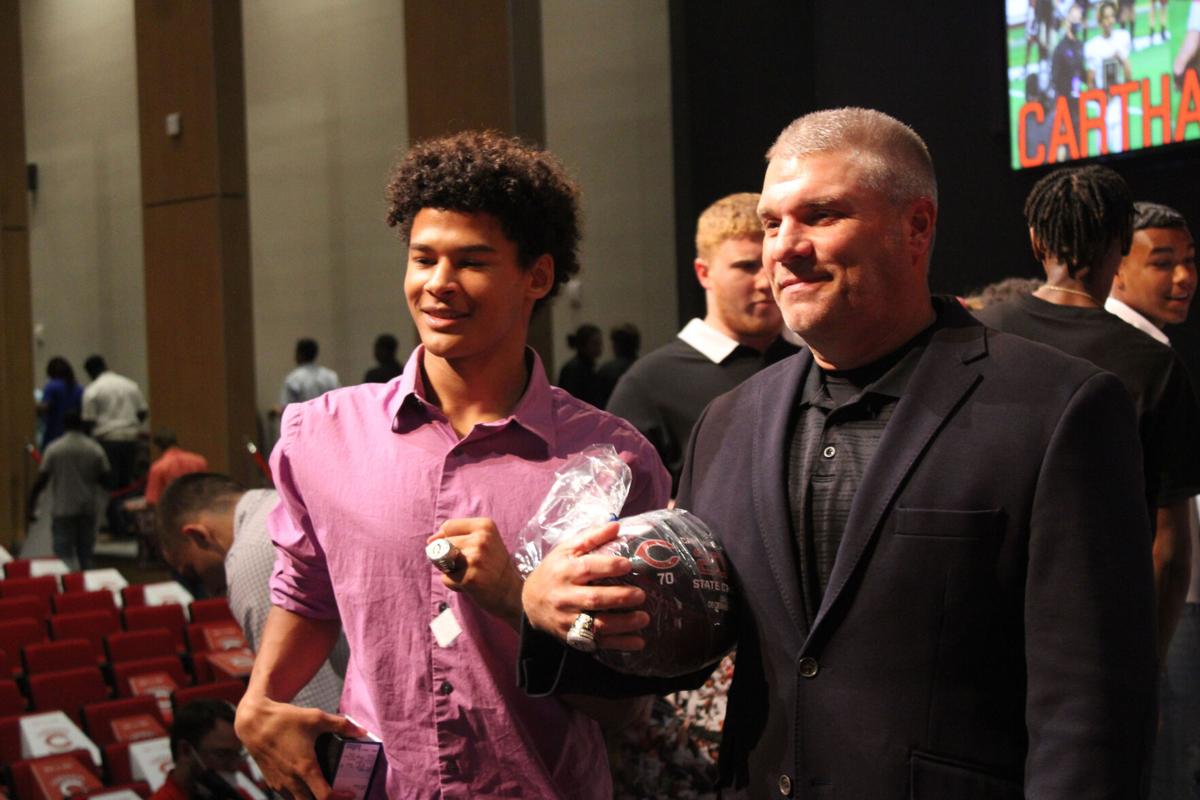 Above: The 2017, 2019 and 2020 state championship rings are pictured. Below: Players and coaches received their state championship football rings Monday at a special ceremony at Carthage High School. See more on Page 1B and online at panolawatchman.com. 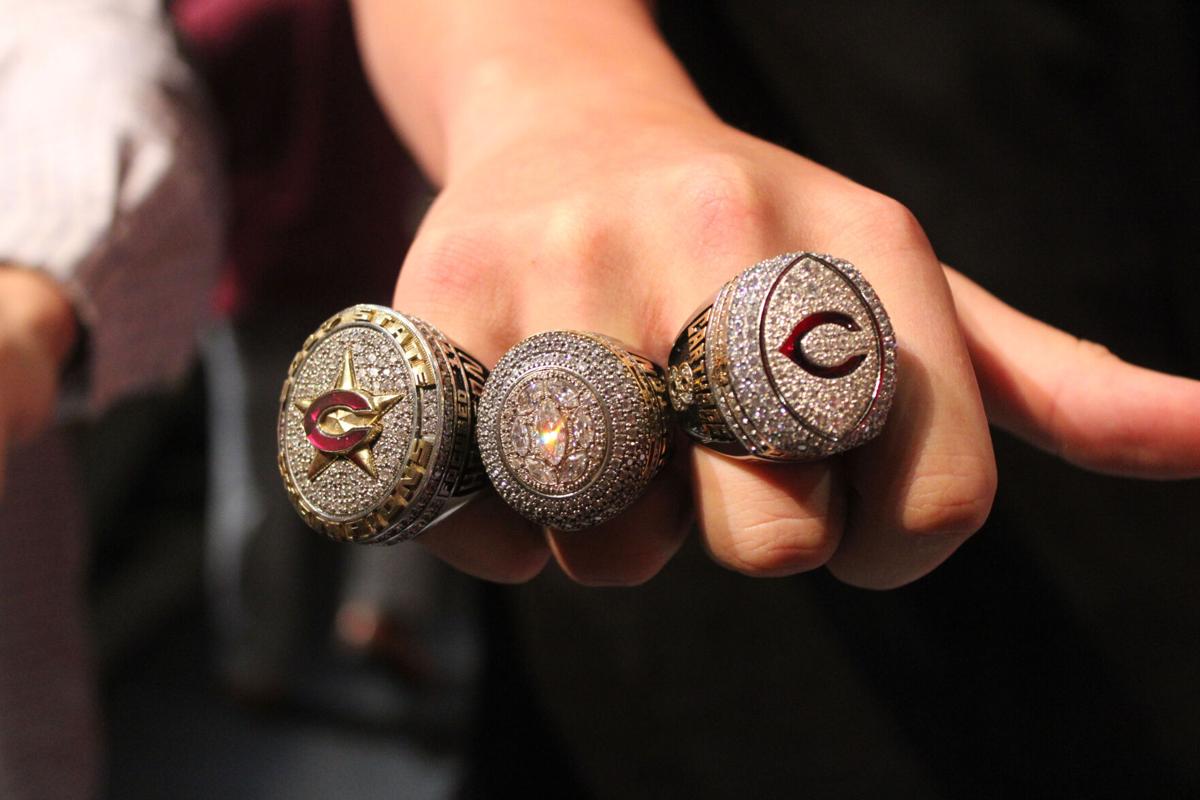 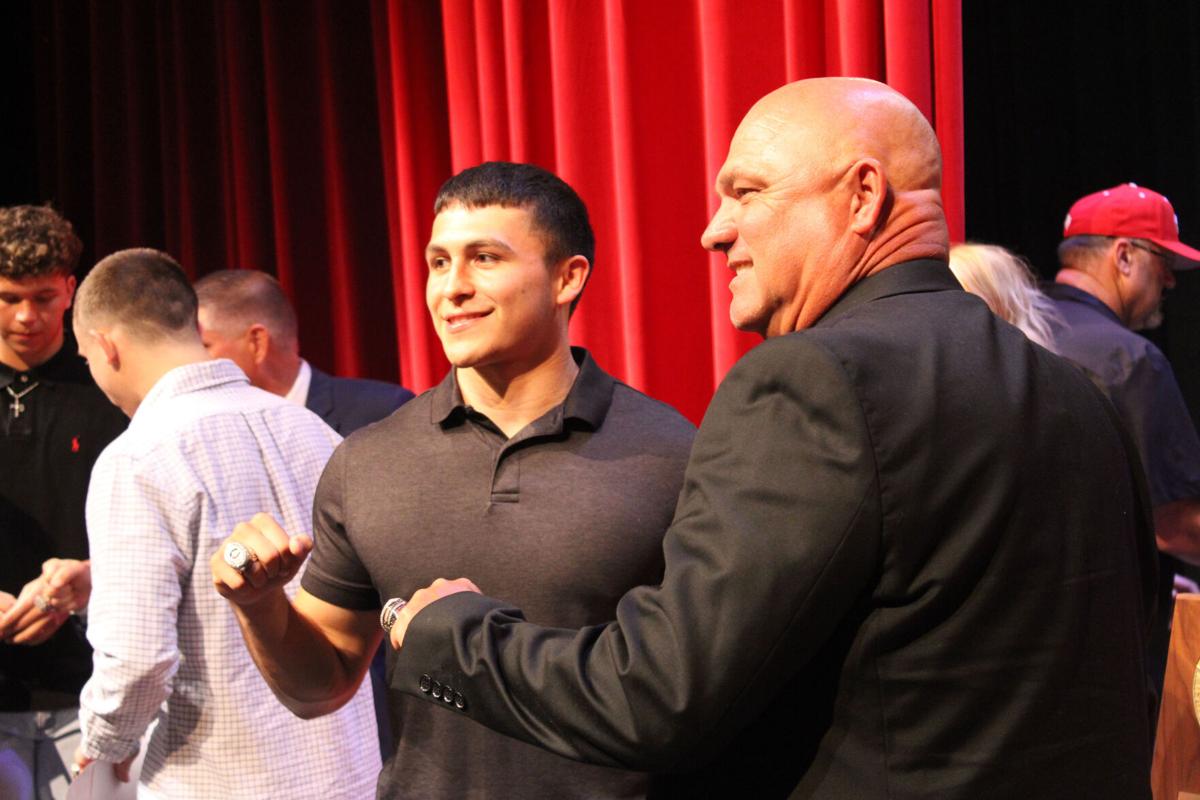 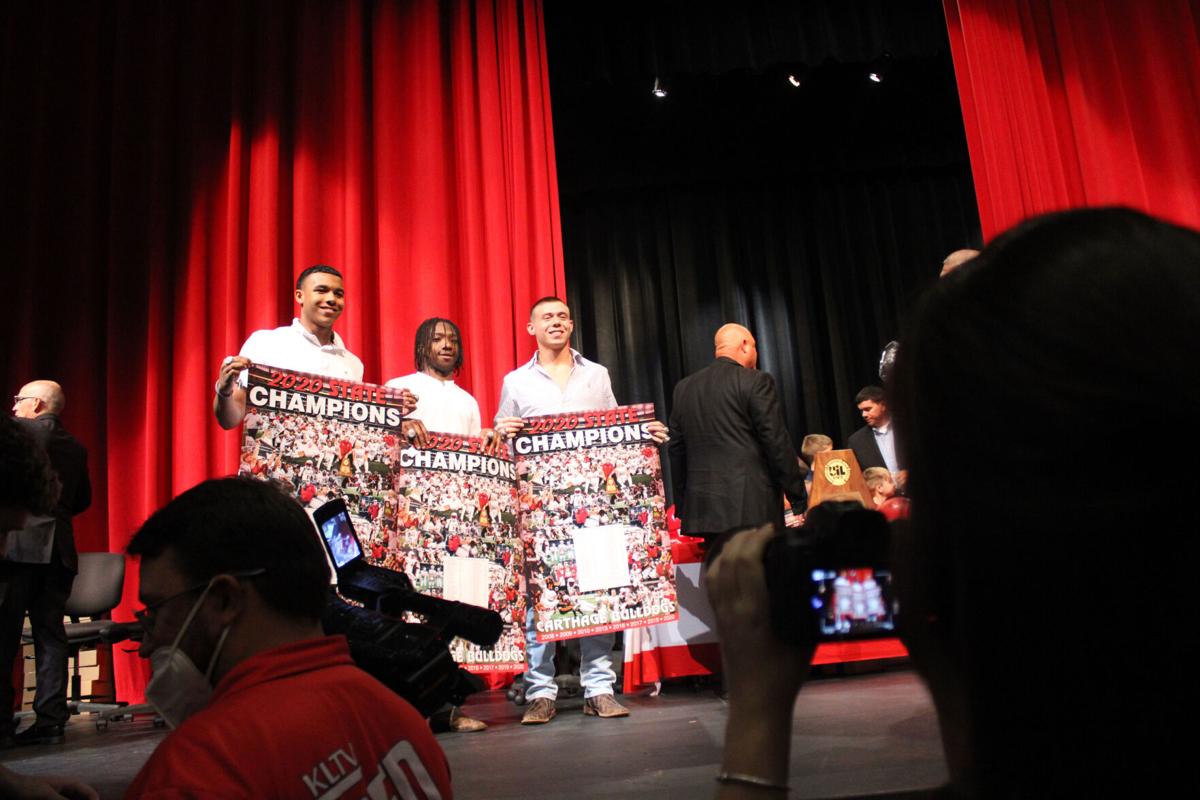 Above: The 2017, 2019 and 2020 state championship rings are pictured. Below: Players and coaches received their state championship football rings Monday at a special ceremony at Carthage High School. See more on Page 1B and online at panolawatchman.com.

Carthage Head Football Coach Scott Surratt says everyone kept telling him the same thing ahead of the Bulldogs' 2020 state football championship game against Gilmer last December: They told him Gilmer would play like they had nothing to lose.

Surratt was not phased.

"We know they're going to take chances and leave it all on the field, but that's how we play," he said. "That's all we do. We take chances, we'll let you in on a down, we'll go for it on any down. We thrive under pressure. So if the pressure's on us, that's how we like it. If they think they didn't have anything to lose, we thought we had everything to lose."

That championship mentality was highlighted Monday at a special ceremony at Carthage High School, as players and coaches received their state championship football rings and looked back on one of the most successful football seasons in the school's history.

The Bulldogs ended their 2020 season as the Class 4A Division II State champions, taking home a 70-14 victory against the Gilmer Buckeyes at AT&T Stadium.

The 2020 championship rings include a large red "C" surrounded by diamonds on an oval-shaped ring. The latest ring is slightly narrower than the past two rings while still being larger than some players' knuckles.

KGAS Radio broadcaster Larry Allen, whose voice narrates all of the Bulldogs' football games each fall, described the 2020 season as "a dominating year." The Bulldogs' defense only gave up an average of eight points per game, while the offense averaged about 46 points per game.

Allen recalled walking around during halftime at the state game and running into a Gilmer radio broadcaster.

"I'll never forget the look on that guy's face," Allen said. "I think he thought that they'd seen the worst, but it was going to get worse in the second half."

Last year's season ended well, but as Surratt detailed Monday, they had a rocky start. UIL pushed back the start of football season for 5A and 6A teams, which meant Carthage lost their first three games. They would pick up two games, an opener against Kilgore and a second game against Little Cypress-Mauriceville — but LCM cancelled after their school was damaged by Hurricane Laura.

The Bulldogs wouldn't have a home game until Sept. 25, the homecoming game against Center.

"So how do we get better? We start scrimmaging each other, and great coaches come up with great plans and we decided we're going to just get better daily," Surratt said.

The Bulldogs experienced more disappointment when Gatesville had to forfeit their first playoff game. Surratt thanked his seniors for their leadership and credited the entire team for staying tough after that news.

Surratt doesn't like to compare his football teams, he reminded everyone Monday. But that doesn't mean he wasn't proud of the 2020 Bulldogs.

"No comparison between our other seven state champions; I just know we were a lot better than any other team we played," he said.