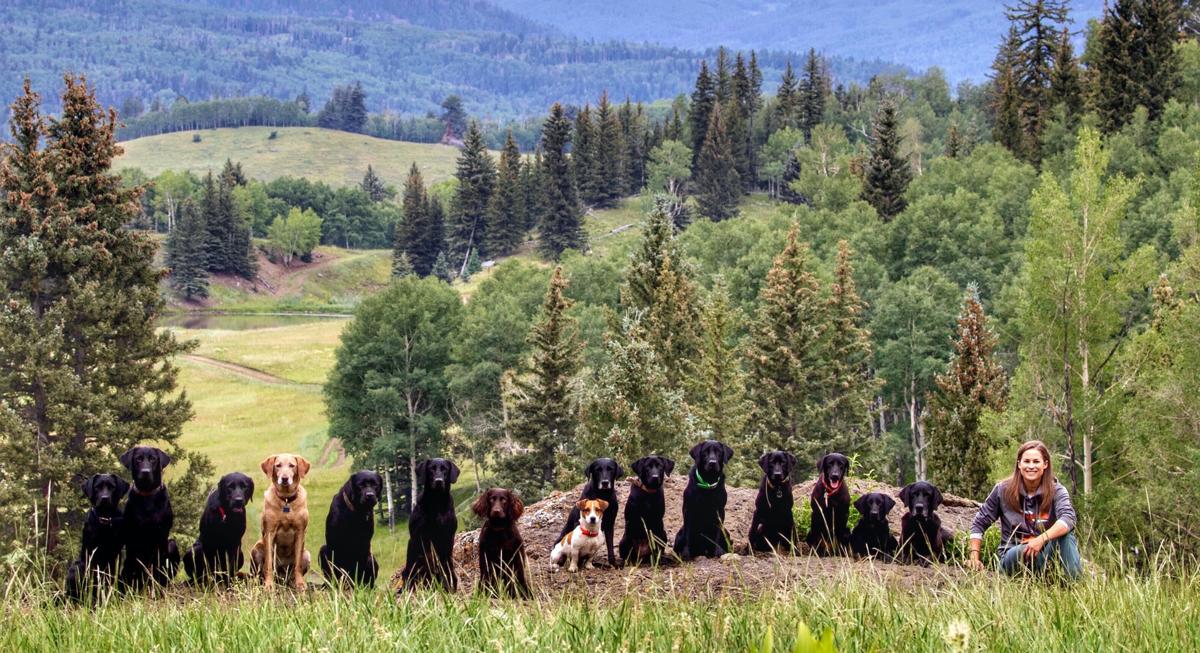 Alex Brittingham’s interest in training retrievers started when she began hunting waterfowl while in college. 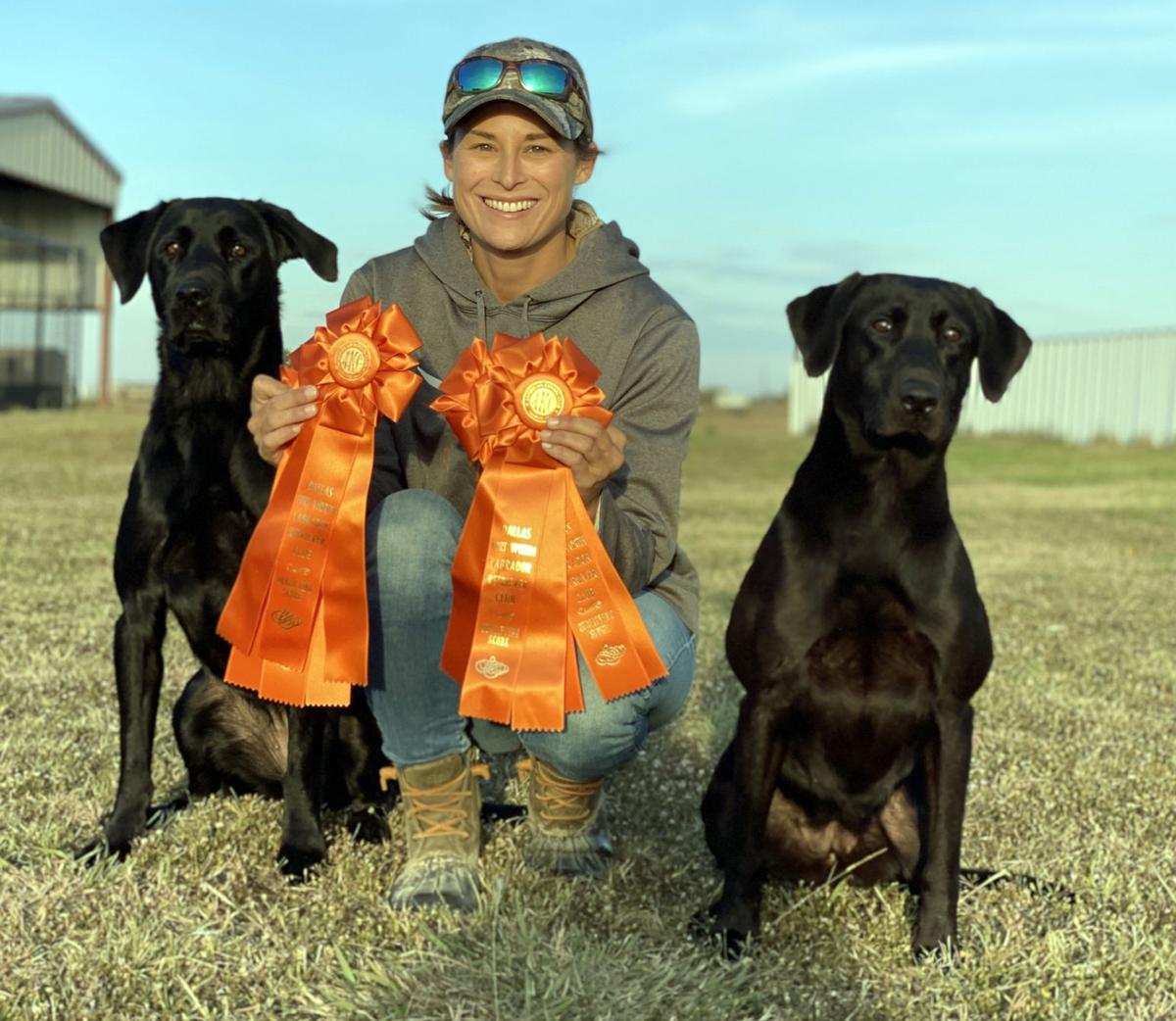 Alex Brittingham’s interest in training retrievers started when she began hunting waterfowl while in college. She has since begun training dogs professionally and has recently opened a kennel near Frankston.

Alex Brittingham’s interest in training retrievers started when she began hunting waterfowl while in college.

Alex Brittingham’s interest in training retrievers started when she began hunting waterfowl while in college. She has since begun training dogs professionally and has recently opened a kennel near Frankston.

Alex Brittingham has been a hunter all of her life. The difference between her and a lot of others is that she has been able to turn her avocation into a vocation with the opening of her One Shot Retrievers kennel near Frankston.

“I got into it about 11 or 12 years ago when I started training my own dog when I got into duck hunting in college. Then I started running hunt tests and I really got into it,” Brittingham said recently after a long day in the field training.

After leaving Texas Tech the Athens native moved to Beaumont where she became a petroleum landman, but requests from friends for help with their dogs and a downturn in the oil business led to a career change.

“Once I started training my dog I really thought I wanted to train professionally, but I didn’t mean to as fast as I did,” said Brittingham, who has now trained about 40 dogs for hunting, hunt tests or both.

After moving back to Northeast Texas she initially worked temporarily on family land before setting up a training facility on 34 acres in Anderson County. It includes 30 indoor runs, giving her enough room to train up to 15 gun dogs at a time while keeping the remainder of the space for obedience training and boarding. There are also two ponds on the site for water training drills.

Brittingham came into training with little experience. She did work some with a trainer in the Beaumont area and talked with other members of the local retriever club for insight, but the basis of her technique comes from renowned trainer Mike Lardy’s program.

“I went off his program, but put a spin on it. You always have some dogs you have to do things a little differently for,” she explained.

Brittingham works with dogs of all ages, and in the case of obedience all breeds. One of her non-Labrador retriever students is her own Jack Russell terrier, Gator, who has unofficially competed in hunt tests and is often a working dog on duck and goose hunts.

In some instances she works the dog from beginning to end starting when it is just a puppy.

“I had a dog, it was one of the first to get its masters. I had that dog from the time it was 6 months until she was 2½. She probably went home for two or three months during hunting season,” she said.

Brittingham added a year and a half to two years is what it normally requires to take a puppy to perfectly ready for hunting or hunt tests. Hunt tests and field trials are something a lot of hunters and non-hunters have gotten into to work their dogs

year-around. Earning a masters title can also be good on a dog’s résumé if the owner plans to breed it.

A second type of client she often sees is the individual who had every intention of train their dog themselves, but realized life gets in the way even for daily 10-15 minute practices. Those dogs usually come in a little older.

And then there are the dogs taken to different trainers, but the results are not to the owner’s satisfaction.

“I get a lot of dogs brought from a trainer that have a lot of holes. I have to go back and teach force fetch again or redo things the dogs don’t fully understand,” she said.

As all trainers learn over time there are days it can be harder working with clients than their dogs.

“I try to be blatantly honest with a client. There are times I may say one thing and the dog takes a step completely backwards. I am only hurting myself if I am not honest with them all the way,” she said.

With the step-by-step process she uses, Brittingham said the goal is to make sure the learning process is complete. Working with dogs, however, there really is not a one-size-fits-all process or timeframe. Some dogs act differently to pressure, some are softer than others, some do not have as much drive and some just relapse into bad habits. Of course those negatives often appear on the day the client comes to observe.

“I use the same program to get there, I just have to customize it,” she said.

Brittingham is unique in a male dominated field. When campaigning dogs at hunt tests there are usually some female handlers in the amateur competition, but she is often the only female professional trainer.

“There are some really, really good ones. I know two others (professional). One is actively running tests. There are some others. Some are a little older and don’t do the tests as much,” Brittingham said.

While she got into training through hunting ducks, geese and sandhill cranes around Lubbock and continues to hunt waterfowl nationwide, Brittingham said she has come to appreciate the effort it takes to prepare a dog for hunt tests. She has personally campaigned four dogs to master titles, but clients have also earned them with dogs she has trained.

“Probably the best thing for me is the testing and the reward of a dog you think wouldn’t end up where it ends up. You start at a certain level, it doesn’t mark well or doesn’t have a lot of drive, and you see where it starts off and where it ends up. I have worried about a dog and in the end I say, ‘Wow’,” she explained.

For more information on One Shot Retrievers kennel visit its website at https://oneshotretrievers.com or contact Brittingham at (903) 681-1954.