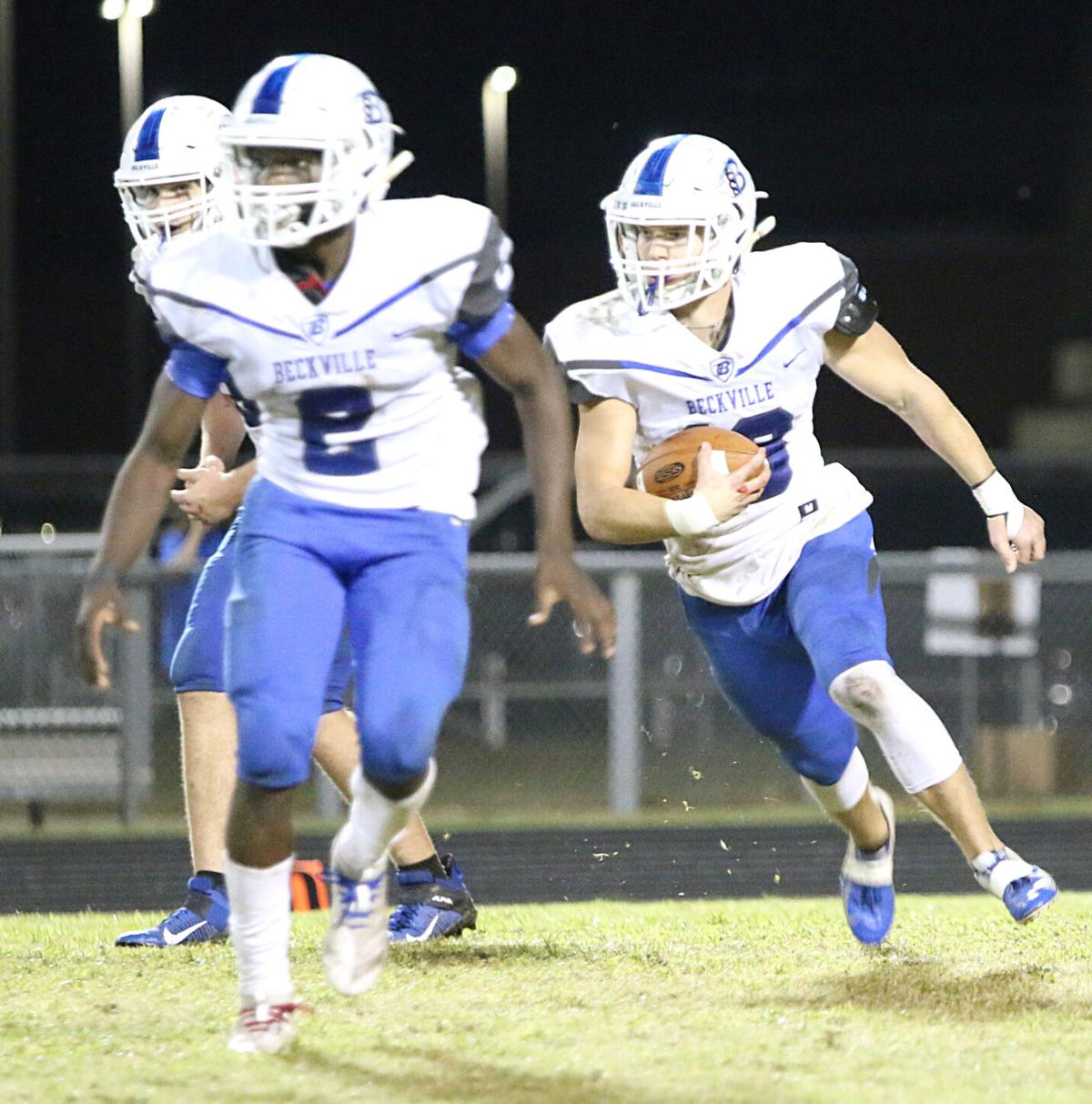 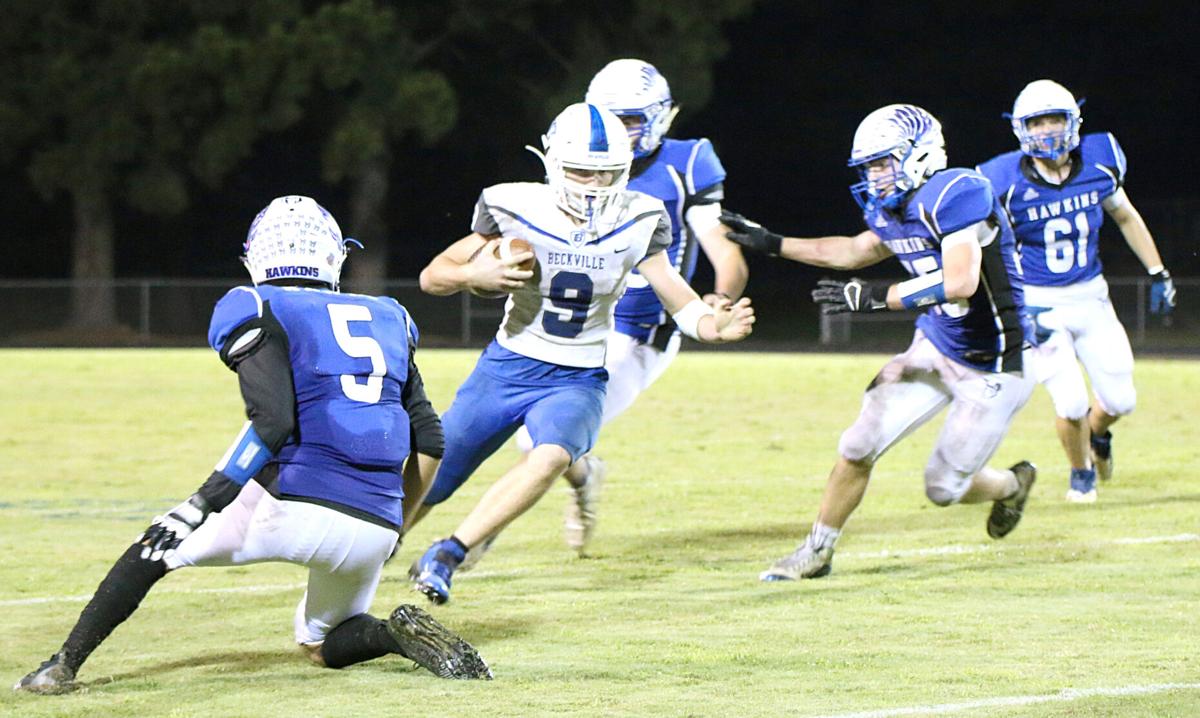 Beckville’s Ryan Harris (9) is chased by Hawkins defenders in last Friday night’s game. He led the team with 50 yards rushing, but the Bearcats fell 32-6 to end a three-game winning streak.

Beckville’s Ryan Harris (9) is chased by Hawkins defenders in last Friday night’s game. He led the team with 50 yards rushing, but the Bearcats fell 32-6 to end a three-game winning streak.

The Beckville Bearcats will look to get back in the win column and get closer to a spot in the playoffs Friday when they hit the road to play the Union Grove Lions.

“Union Grove is going to run all night,” Beckville Head Coach Cody Ross said. “They’re going to run the triple option out of the flexbone and they have a lot of big kids up front. Anytime you play a team like that (option), you have to play good assignment football.

“Their tailback (Mathew Bower) runs downhill and their quarterback (Chase Mead runs the offense very well. They do a good job making plays. They have some kids who can play.”

Bower leads the ground game with 455 yards and two scores, while Mead has 316 yards and three TDs. Grayson Barnett has 100 yards.

Mead also has thrown for 390 yards and four scores, while getting picked off four times as well.

Barnett has caught 10 for 158 yards and a touchdown and Cannon Cowan has caught seven for 125 and two TDs.

The Lions have lost 10 fumbles.

“They play a 3-4 defense and they’re going to fly to the ball,” Ross said. “They try to put pressure on you.”

Joshua Rhodes leads the Lions’ defense with 41 tackles, while Barnett has 37 with a team-leading four interceptions and a fumble recovery. Blake More has 35 stops and Cowan has 27.

Ryan Harris has accounted for most of the passing yards as he is 22-46-3 for 369 yards and three touchdowns. He also has rushed for 609 yards and 10 scores.

Freshman J’Koby Williams leads the team in rushing with 633 yards and seven TDs. He also has caught nine passes for 126 yards and a score, while completing 1 of 2 passes for 43 yards.

Milo Morrison has 343 yards rushing and two TDs, while catching five passes for 53 yards and a score; Matt Barr has 62 yards and three scores; and Bo Hammons has 53 yards.

Gage Berry has four receptions for 135 yards and a score and Jayden Mojica has two catches for 41 yards.

“We have to do our jobs on defense,” Ross said. “Everybody has a responsibility against the option. We need to run our offense like we know how to. Last week we played like it was new to us.

“If we had played our best brand of football last Friday, we would have had a chance to win. The same goes for this week against Union Grove. We have to play our best.”