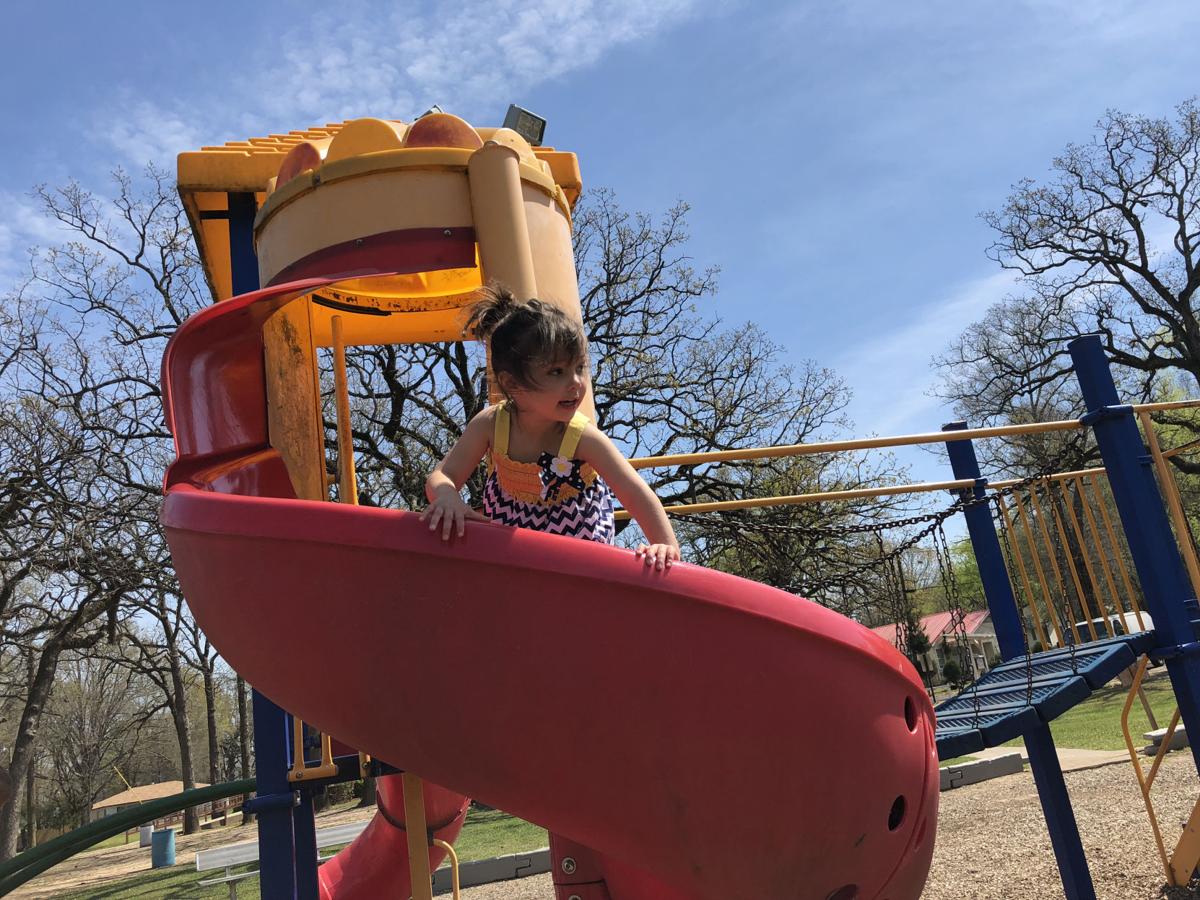 A new master parks plan for the City of Carthage drew from community surveys and focus groups. 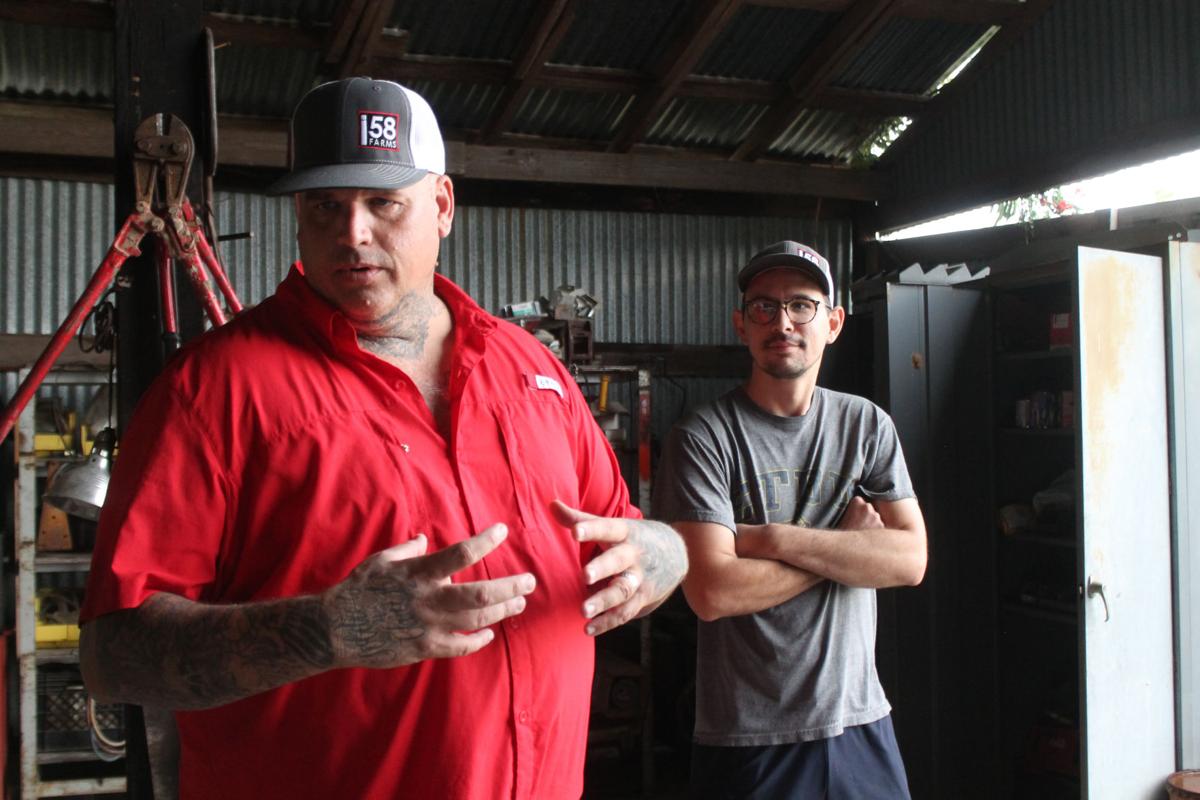 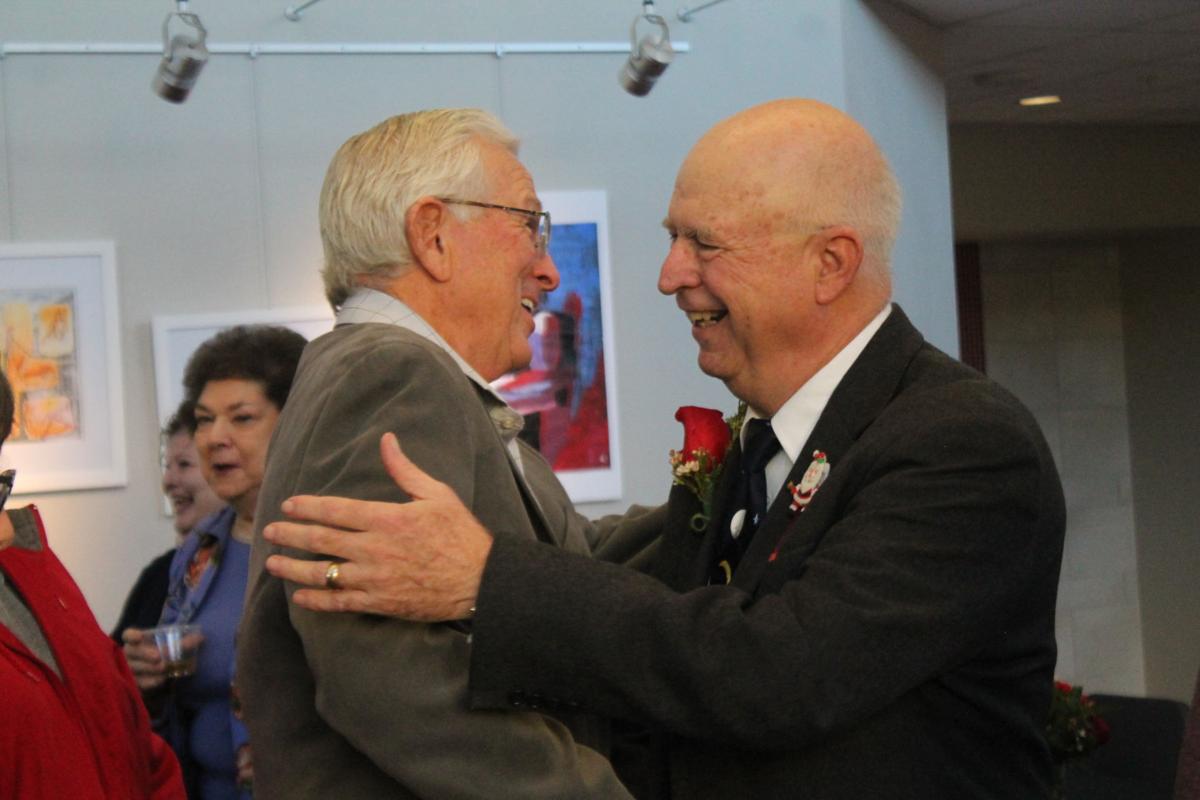 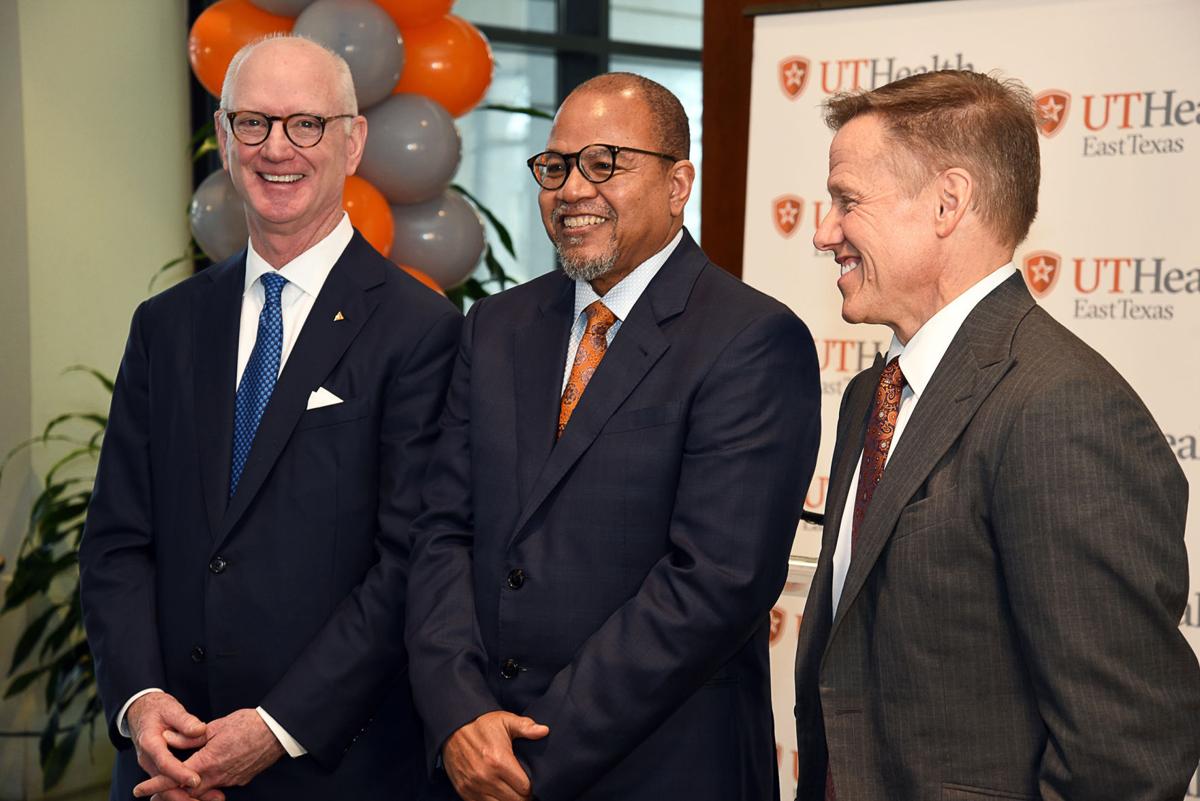 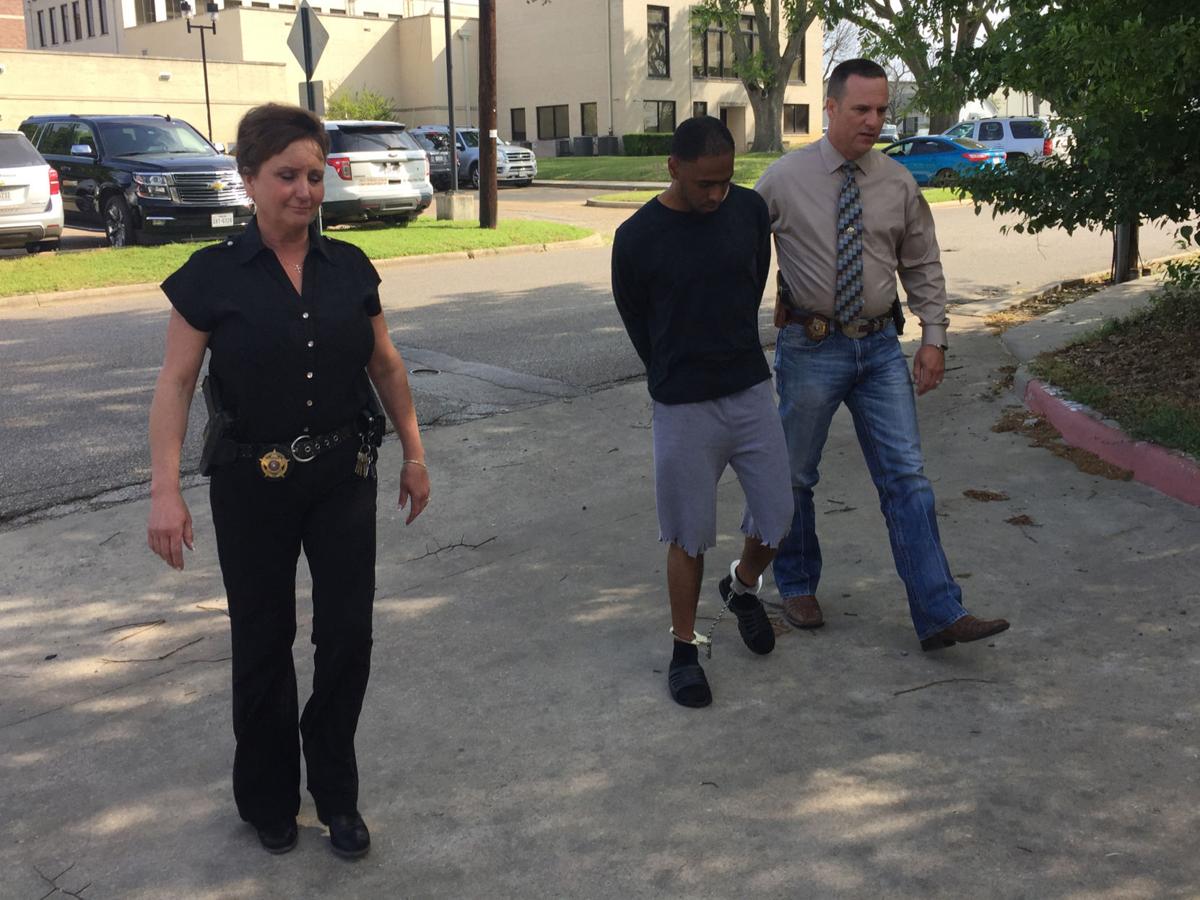 Braylyn Sheppard, 25, is escorted from the sheriff’s office to the Panola County Detention center after he and Brianna Jones, 22, of Beckville, turned themselves in Tuesday morning. Authorities had been searching for the couple since an arrest warrant was issued for injury to a child in connection with the death of their son Kaisyn.

A new master parks plan for the City of Carthage drew from community surveys and focus groups.

Braylyn Sheppard, 25, is escorted from the sheriff’s office to the Panola County Detention center after he and Brianna Jones, 22, of Beckville, turned themselves in Tuesday morning. Authorities had been searching for the couple since an arrest warrant was issued for injury to a child in connection with the death of their son Kaisyn.

A lot happened in 2018 in Carthage and Panola County. Here’s a look back at some of the biggest stories of the year, broken down into areas and topics.

ETMC Carthage, the county’s only hospital, got a new owner and new CEO in 2018. ETMC partnered with Ardent Health and UT Health to become UT Health East Texas, a region-wide hospital system. Mark Leitner, who headed ETMC Henderson, was named CEO of both Henderson and Carthage hospitals. Leitner said the new partnership would bring additional services and improved care to what’s now called UT Health Carthage. And county officials noted for the first time, the hospital would be coming onto the tax rolls.

An inspection at the Lake Murvaul Dam showed erosion issues around the spillway, and the Panola County Fresh Water Supply District No. 1 spent much of 2018 discussing potential fixes and how they’d pay for it. The board approved plans for dam fix phases at their December meeting, and now members are awaiting approval from the Texas Commission on Environmental Quality before they can discuss when to start repair work.

Advocates and county officials began working in June to petition the Federal Communications Commission to add Tyler news stations to satellite TV line line-ups. It’s part of a process under the STELA Act, meaning that orphan markets like Panola County who get out-of-state news can petition the FCC to make in-state news stations available on satellite channel line-ups. The official petition was sent to the FCC in November, and a ruling is expected in 2019.

A comprehensive streets survey had Carthage city officials working to increase funding for maintenance for all 52 miles of pavement. Streets were graded on an A-F scale, with the city working to prioritize fixing streets at the D and F level. Some of those roads, like Holly Street near Carthage Junior High School, will require work on drainage or other underlying issues before streets can be brought up to snuff. City officials added money to their 2019 budget to address more streets maintenance.

Downtown Carthage saw the addition of both a new public chess set, thanks to the Main Street Youth Advisory Council, and a new bust of Carthage native Mildred Jefferson added to Anderson Park. Jefferson, the first black woman to graduate from Harvard Medical School and a notable pro-life advocate, was remembered at a statue dedication ceremony.

Carthage city officials also approved a master parks plan that looked at what services residents wanted and what needed to be improved within the parks system. The plan calls for a splash pad, which the city has already raised about $200,000 to get the project halfway funded, and walking trails. City officials are currently planning a new 0.75-mile walking trail at the ballpark, with a state grant secured and construction expected to begin in 2019.

Annie Mahaffey, a Carthage High School student, earned national honors in 2018 as she was named a National Merit Scholar. She is the first area student to be so honored since at least the early 2000s.

In April, a Carthage ISD mother sued Carthage ISD because she said they failed to stop the spread of a secretly-recorded nude video taken of her daughter by another student. The mother is alleging Title IX violations, saying her daughter’s educational environment suffered because of harassment. The school district has counter-sued, and both parties have refused to settle in the case. A trial is scheduled for early 2019.

A new A-F school rating system was put in place by the Texas Education Agency, much to district officials’ dismay. District scores ranged from C to A. Gary ISD Superintendent Todd Greer, at an August meeting, said the new rating system doesn’t reflect what he knows is true about Gary ISD, which earned the equivalent of a C rating. “We know we’re doing a good job,” Greer said. “Our scores, our test scores and what our kids do in college when they leave here—we’ve got kids graduating with associate’s degrees before they graduate high school. We know we’re doing the right thing, but because of the bullets they chose and how they chose to rank what’s important and what’s not, we get a 78. That doesn’t reflect what we’re doing.”

Gary High School students this year brought back the community’s beloved Loblolly Magazine. The magazine has a particular focus on Gary and Panola County history. It was originally founded in 1972 and ran for 63 magazines and six books. Their first issue included interviews with Panola County residents and a look back at previously-covered Bonnie and Clyde memories.

Carthage ISD Superintendent Glenn Hambrick announced in November that he would be retiring in January 2019. Hambrick has been with the school district since 2008. School officials at Hambrick’s retirement reception on Dec. 20 praised him for helping the district survive the two financial issues of Robin Hood and the loss of ASATR funding. Trustees have named John Wink, a Longview native who is currently superintendent at Blue Ridge ISD near Dallas, as Hambrick’s replacement. They will officially hire him at a special meeting on Jan. 7.

The fourth and final suspect in a 2017 double homicide in DeBerry was extradited to Panola County in August, more than a year after the shooting. Marlon Kelly, 22, first had to face unrelated charges in Bossier City, Louisiana. A trial in the case was tentatively scheduled for the summer, but officials pushed it back to 2019 because prosecutors were still waiting on DNA evidence to come back from the state crime lab.

Federal authorities made arrests in two major drug rings between December 2017 and November 2018. More than 20 people have been accused of selling methamphetamine or cocaine in Panola County, and many of those people have pleaded guilty in federal court to those charges.

Panola County residents hearing unfounded rumors that a recovery program called Isaiah 58 Farms would be expanding its residential recovery program at its Horton site to allow sex offenders caused a stir in late summer. Isaiah 58 Farms does not and will not house sex offenders at its farm, which seeks to help men build a new life outside of drugs and other substance abuse issues. But the program is expanding, building a new truss plant and men’s dormitory. Ministry officials are excited about helping more men find their way in life.

Weeks after graduating from Carthage High School, Austin Gray, 18, died in a Hallsville wreck when a driver ran a red light and smashed into Gray’s car. Gray’s death shocked the Carthage community. He was remembered as someone who loved his family and friends.