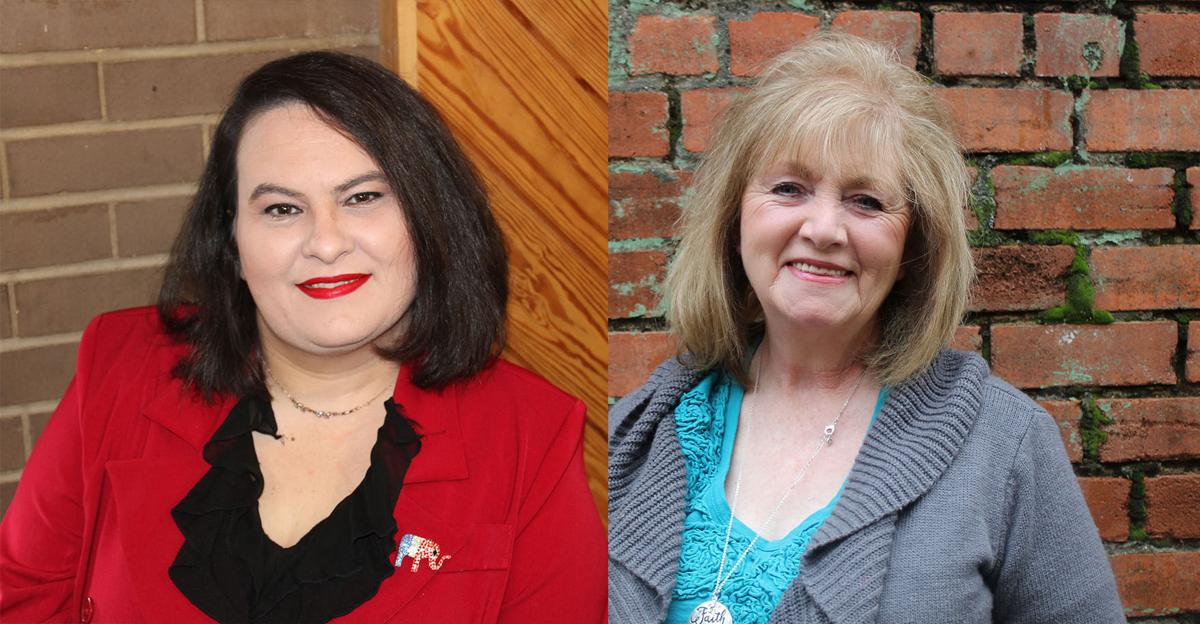 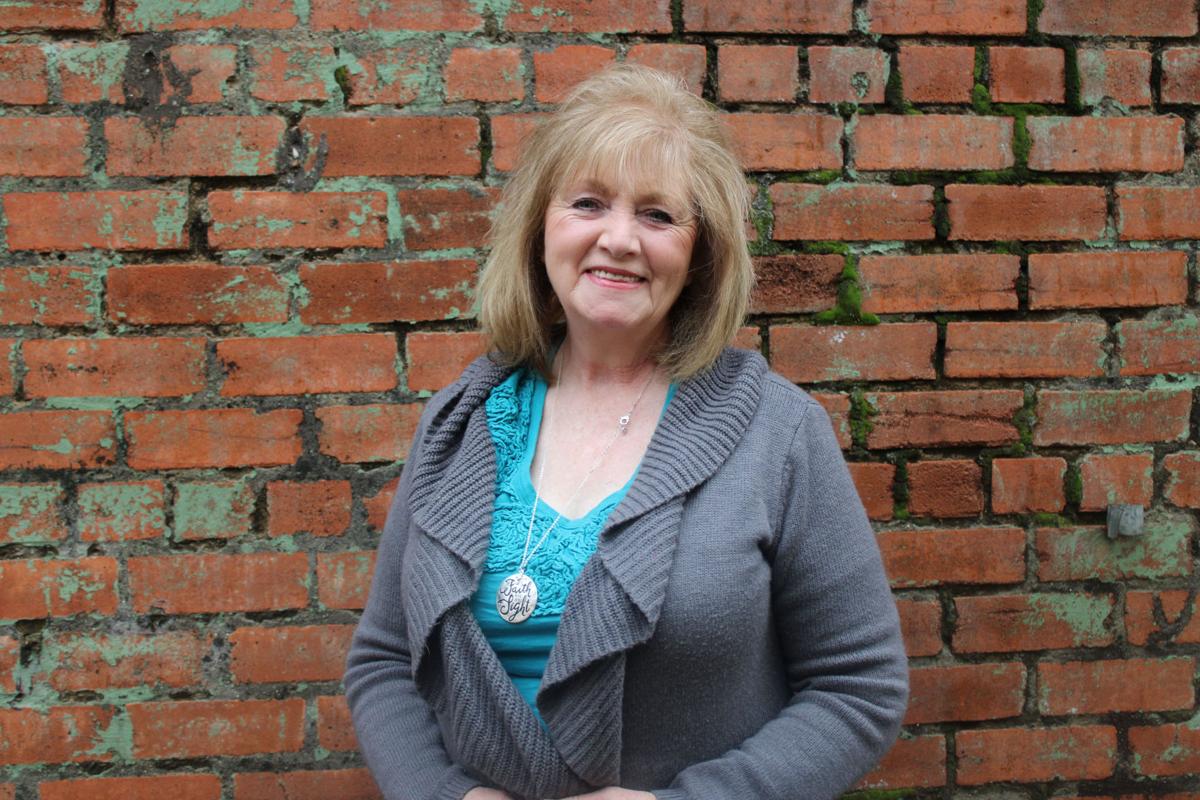 Linda Lawless is running for chair of the Panola County Republican Party. 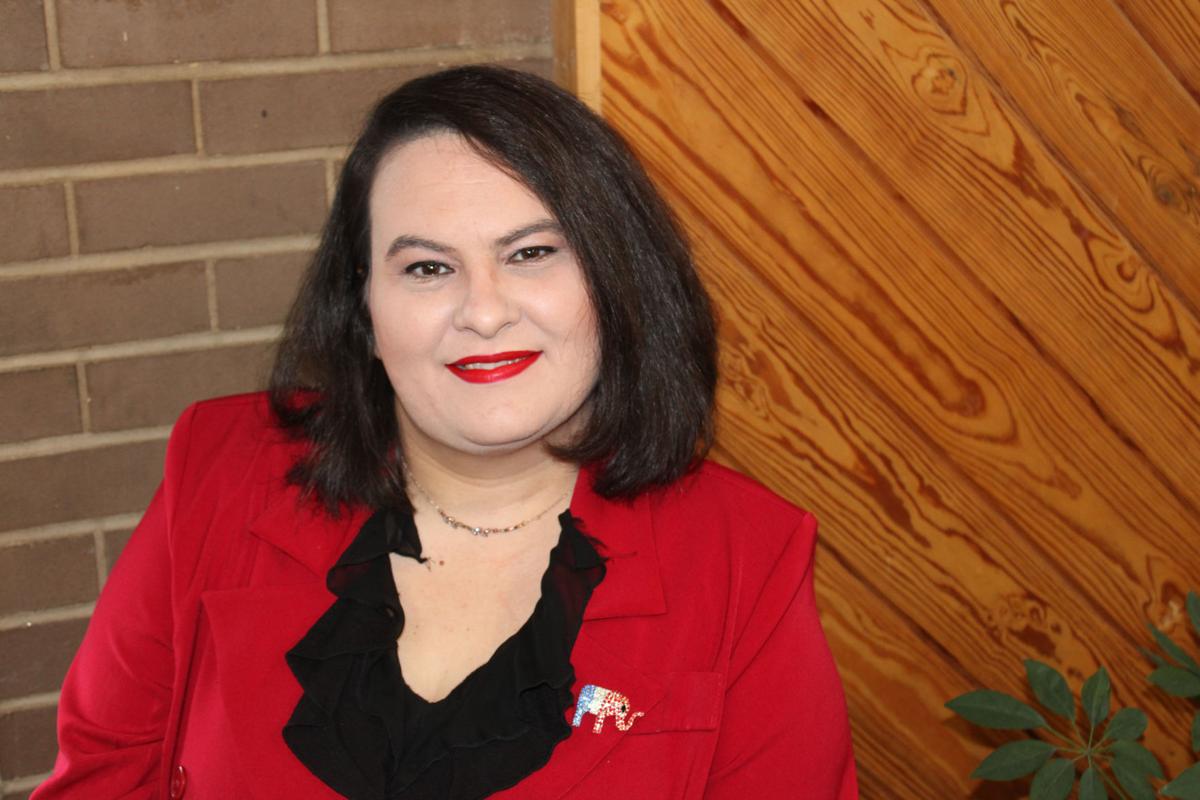 Nicole Tarpley is running for chair of the Panola County Republican Party.

Linda Lawless is running for chair of the Panola County Republican Party.

Nicole Tarpley is running for chair of the Panola County Republican Party.

The race for the chair of the Panola County Republican Party is one of two contested local elections. Running for the seat is incumbent Nicole Tarpley and challenger Linda Lawless.

The job of the chair is to encourage voters to show up at the polls and to give them the information they need, Tarpley said.

Nicole Tarpley has been the chair of the party since November, and one of her main goals is to grow the Republican party in order to keep Texas red.

Tarpley said she has already grown the party a good deal.

“I started the Facebook group page (for Panola County Republicans) and realized that the community is hungry for interaction with a government party, and they really want to have information,” Tarpley said. “I have given them information and an opportunity to be involved. And we had the coffee with the candidates, obviously, but we’re really growing the party.”

Tarpley really enjoys being able to engage with the public in her role as chair. She said people should vote for her because she is ambitious, enthusiastic, energetic and motivated.

“I will be a better chairman because I can get people involved, spread it out to the community,” Tarpley said. “James Madison said ‘Ambition must be made to counteract ambition.’ I say that because the Democrats are working very hard to flip Texas blue. We must counteract that ambition.”

Tarpley plans to do that by energizing the community and getting them to vote.

“The vote is what matters, and I hear a lot of people say ‘My vote doesn’t count; it doesn’t matter; we’re a red state.’ If we keep saying that, we’ll lose our state,” she said. “Every vote matters.”

Tarpley said that she has a servant’s heart, and that is what a politician is supposed to have.

“I believe that this is the place where I can serve the community the best,” she said. “I wanted to get involved in politics because I feel that the nation is at an impasse and needs to realize the importance of their vote.”

Linda Lawless, who is running against Tarpley, has prior experience in the job. She was chair of the county party from 2014 to 2016.

“I’ve been the chairmen before of the party, and we had a great success,” Lawless said. “I’ve been a part of the Republican party since 2009, when there was hardly a party to even think about. There was about five of us, and we met in a little dark corner of the armory, what used to be the armory, now the library, and it was kind of bleak and dim at the time, and we just decided we would move forward with the few that was there, and we grew the party, and it really grew to a great thing.”

Lawless has passion for the job and said she decided to run because of her love for the county and her calling to serve.

“The state that our nation is in, it takes all of us, so I thought this would be a great time to step up again and lead the county into some new areas... I come with experience, and I have a great passion,” Lawless said. “Not that she (Tarpley) doesn’t have a passion, but I only know my passion, and it’s great. I want to see this county be everything it can be, and it’s not a competition between others, it’s a competition with your greater self, and I think if we compete against ourselves just to better ourselves, each one of us, what a great place, what a great place to live.”

Lawless said that she wishes we could get past Republican or Democrat titles.

“We say Republican, Democrat, Republican, Democrat; I wish we could just look at that ballot at each individual and vote on him or her for the content of their heart, not the R or the D or the I or the G or whatever it is that’s on there, but just the person and their integrity — and part of the job of the county chairman is to vet the candidates so that you know when that name is on that ballot that they represent what your party represents,” Lawless said.

“Does that always happen? Sometimes I think not, sometimes I think we just overlook that, and if you want to run, you just run, but it is important to know your candidate, and when you look at that name, you should be able to know what they stand for so that when you vote it’s not just a blank vote, it’s a vote for whatever that person stands for.”

“We’re at the precipice of a new decade, and to be able to take new generations into a real idea of patriotism, what it means to be a patriot,” Lawless said. “It’s in all of us; we just don’t know it, and we need that nurtured and brought out, and my job is to inspire. I love to inspire people and encourage those who have gifts to operate in those gifts and to step up.

Lawless also stressed the importance of the individual vote.