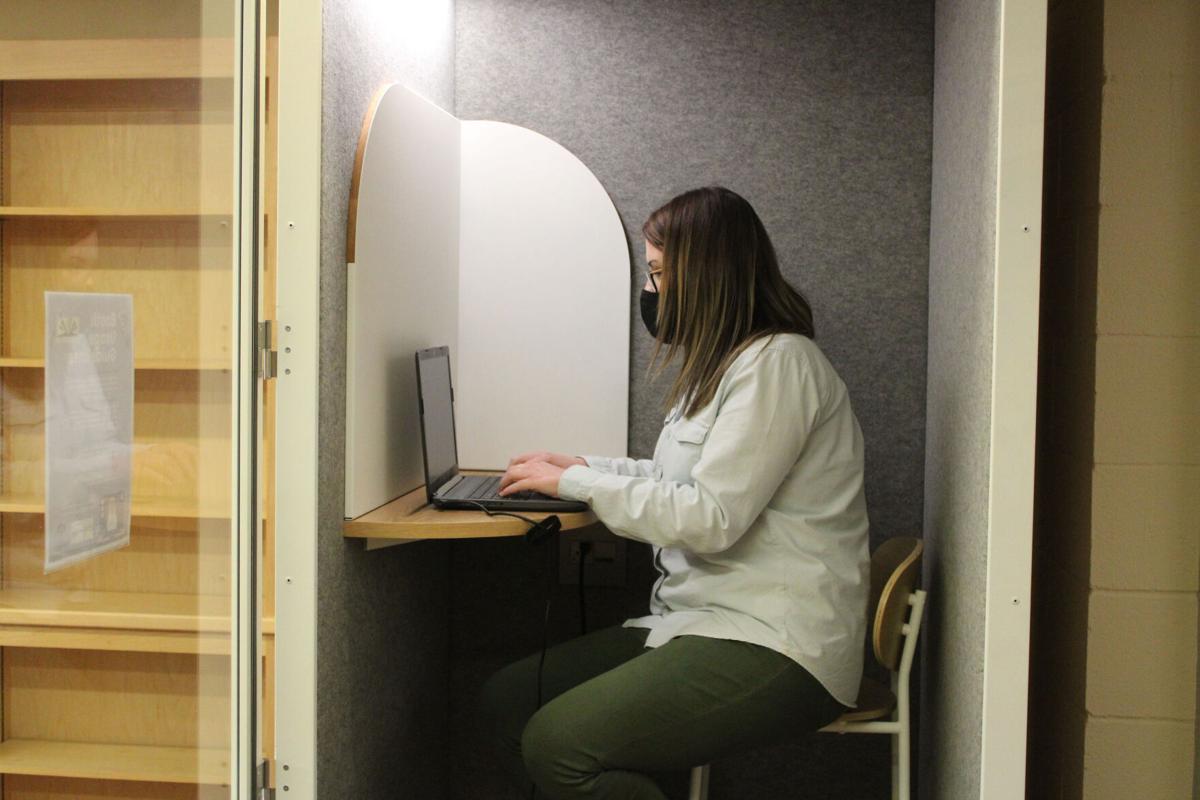 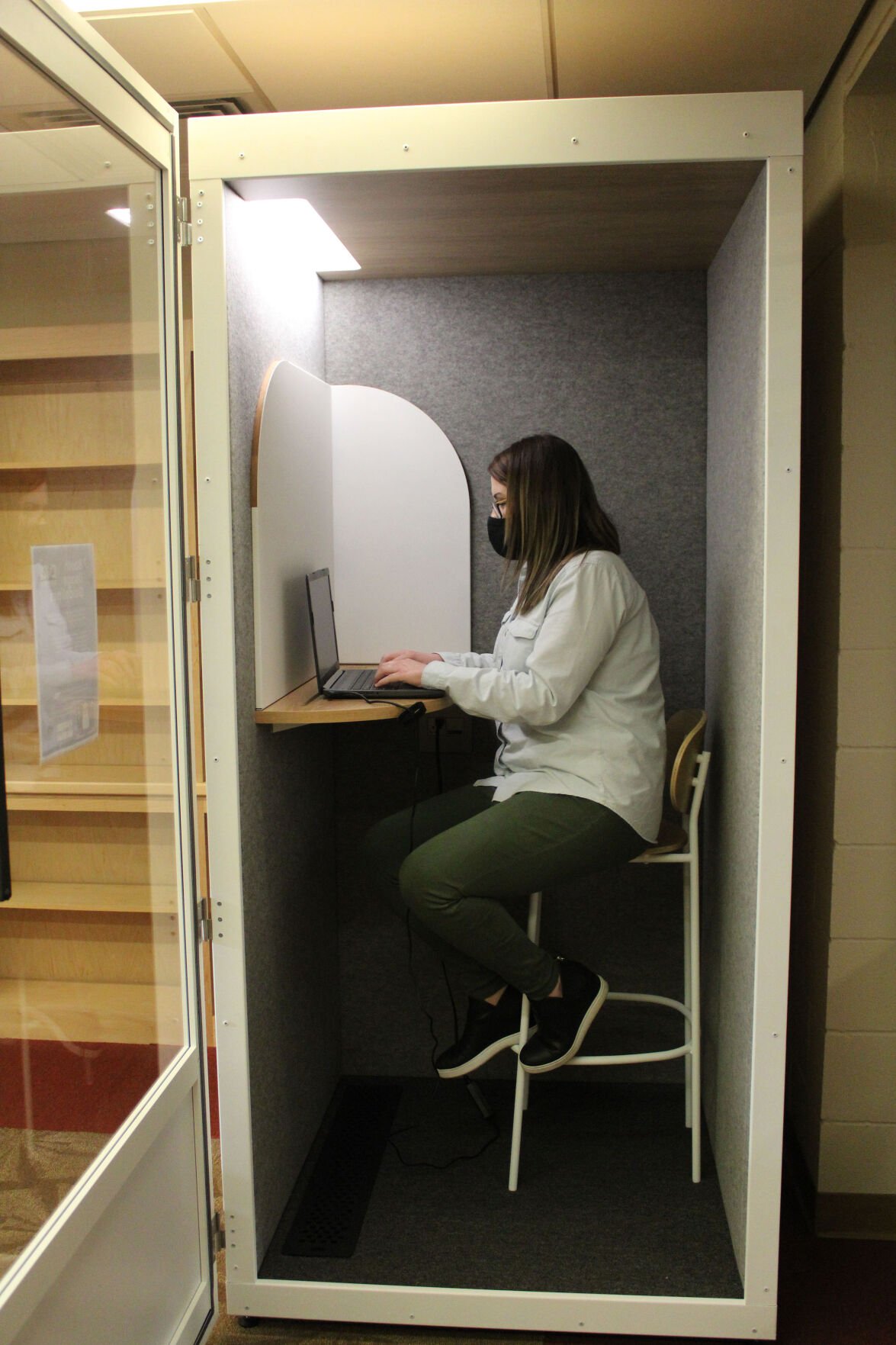 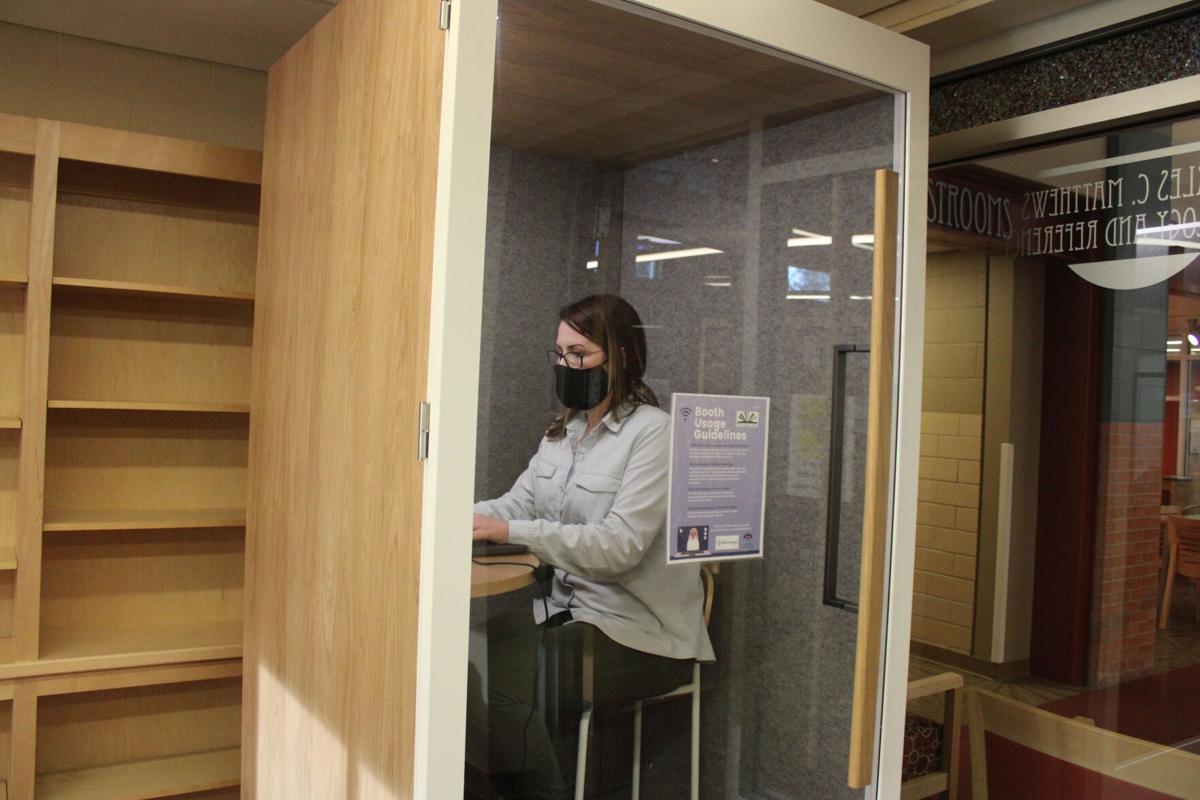 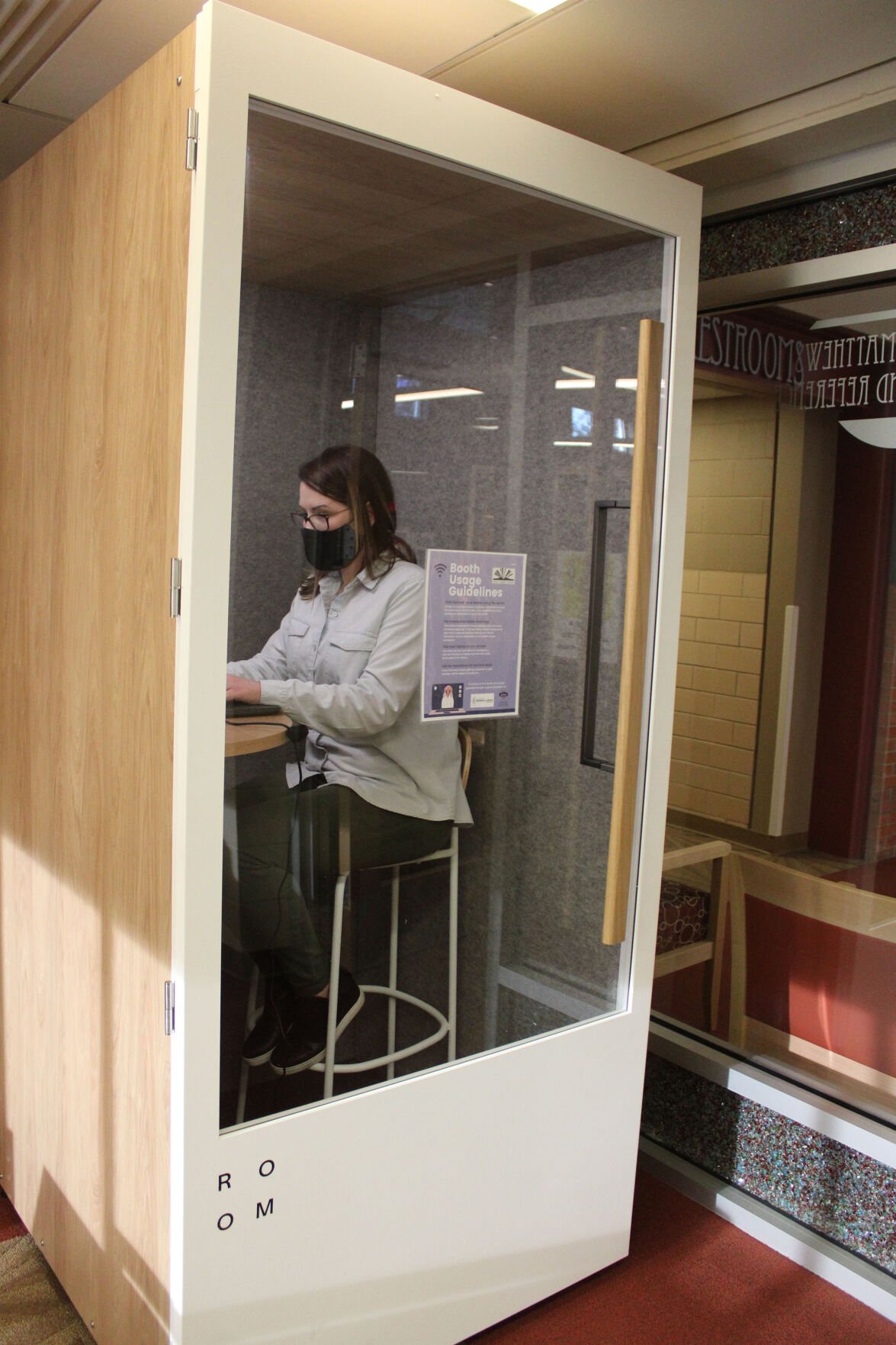 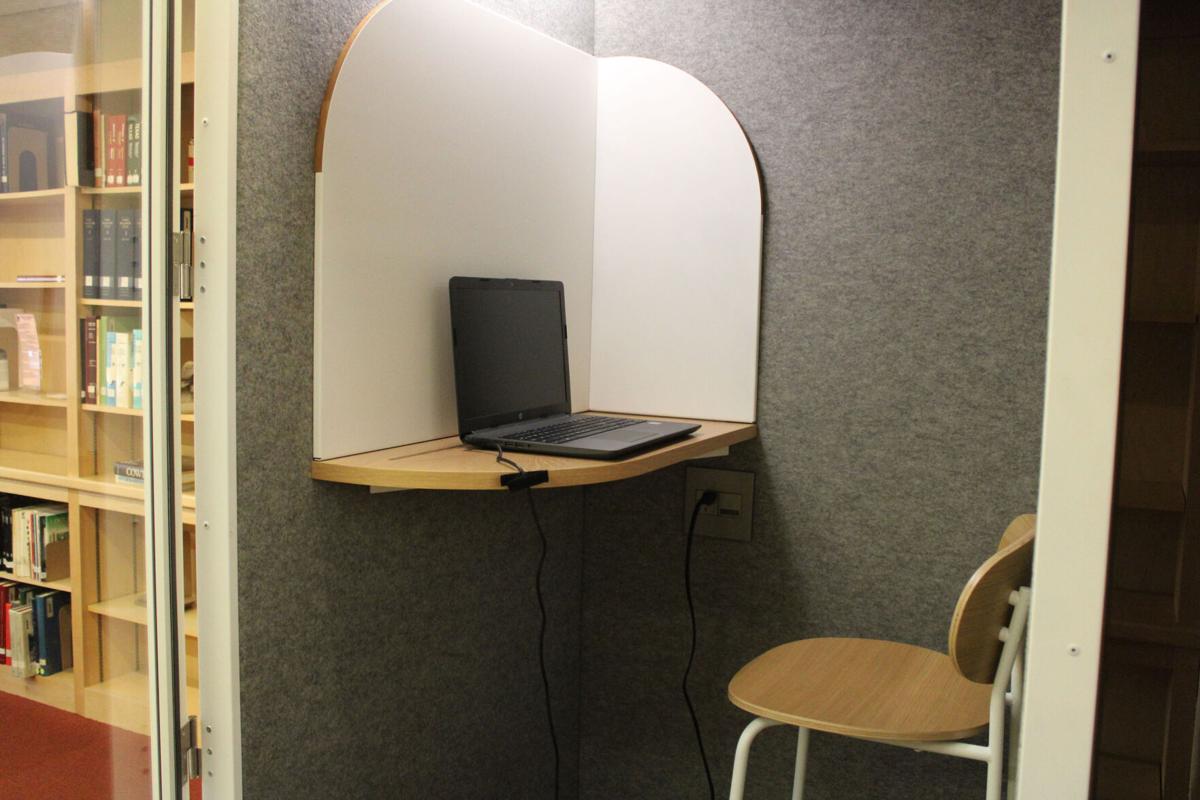 The Sammy Brown Library has a new sound proof privacy booth for its patrons.

The Sammy Brown Library has a new sound proof privacy booth for its patrons.

The Sammy Brown Library installed a privacy booth and gained two new laptop computers after being awarded a grant made possible by the Institute for Museum and Library Services, and in cooperation with the Texas State Library and Archives Commission.

“These grants were developed to help support libraries, bring special programming to their communities in response to the COVID-19 pandemic,” Library Director Kim Turner said. “For the last few years, one of the services our library could not provide was a private meeting spot for teleconferencing, and so citizens frequently use our public access computers for creating their resumes or conducting a job search, registering for classes or even online job training. However, none of our public access computers were set up for teleconferencing or interactive online meetings. There was no privacy, plus the computers themselves did not have the technology or the attachments needed for video conferencing.”

Turner said they wanted to provide a space for these kinds of services, but other libraries that have provided this service have had to undertake a large building project.

“So that’s how we determined that we going to pursue this soundproof booth that provides the privacy that’s needed, but it also incorporates all of those other elements,” she said. “It is a standalone structure that provides the lighting, the electrical, the ventilation, everything you would need for a private space to conduct an online meeting, but it’s just in a little private booth. In addition to the booth, we also used the grant money to purchase two laptop computers that have audio and video capabilities, because like I said our public access computers didn’t have that, and so those computers are available for in library use in the booth for Zoom meetings and things like that.”

They purchased two laptops with the grant as well.

“Because the booth is a single person structure, it’s just like an old-school phone booth,” Turner said. “In case people need more than one person on the Zoom meeting, then they will be able to use the secondary laptop that we have in our hospitality room. And we also make that available for those who may need ADA compliance, if they can’t step up into the booth or they don’t want to sit in a bar stool type chair, if they have those issues then we’ll have that other laptop available for that.”

“We envision this booth being used for online meetings, including those for business or school or most importantly going forward, telehealth visits,” Turner said. “One issue the pandemic revealed is lack of accessible technology in rural communities, which is why so many libraries chose to add wifi hotspots to their circulating items, or expanded their wifi bandwidth to the community. But with the expansion of online meetings during the pandemic, we decided that providing teleconferencing options with this booth and the laptops for our community members would meet the greatest need.”

The Sammy Brown Library is located at 319 S. Market St. in Carthage.