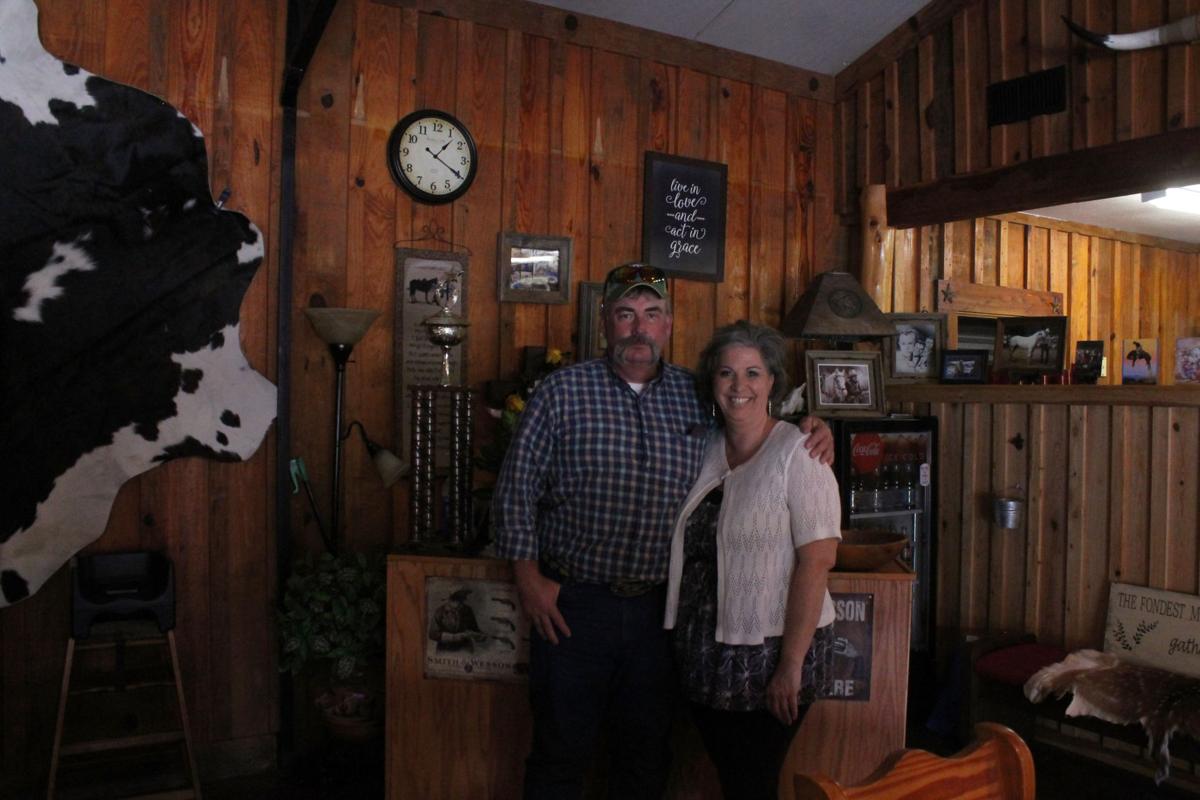 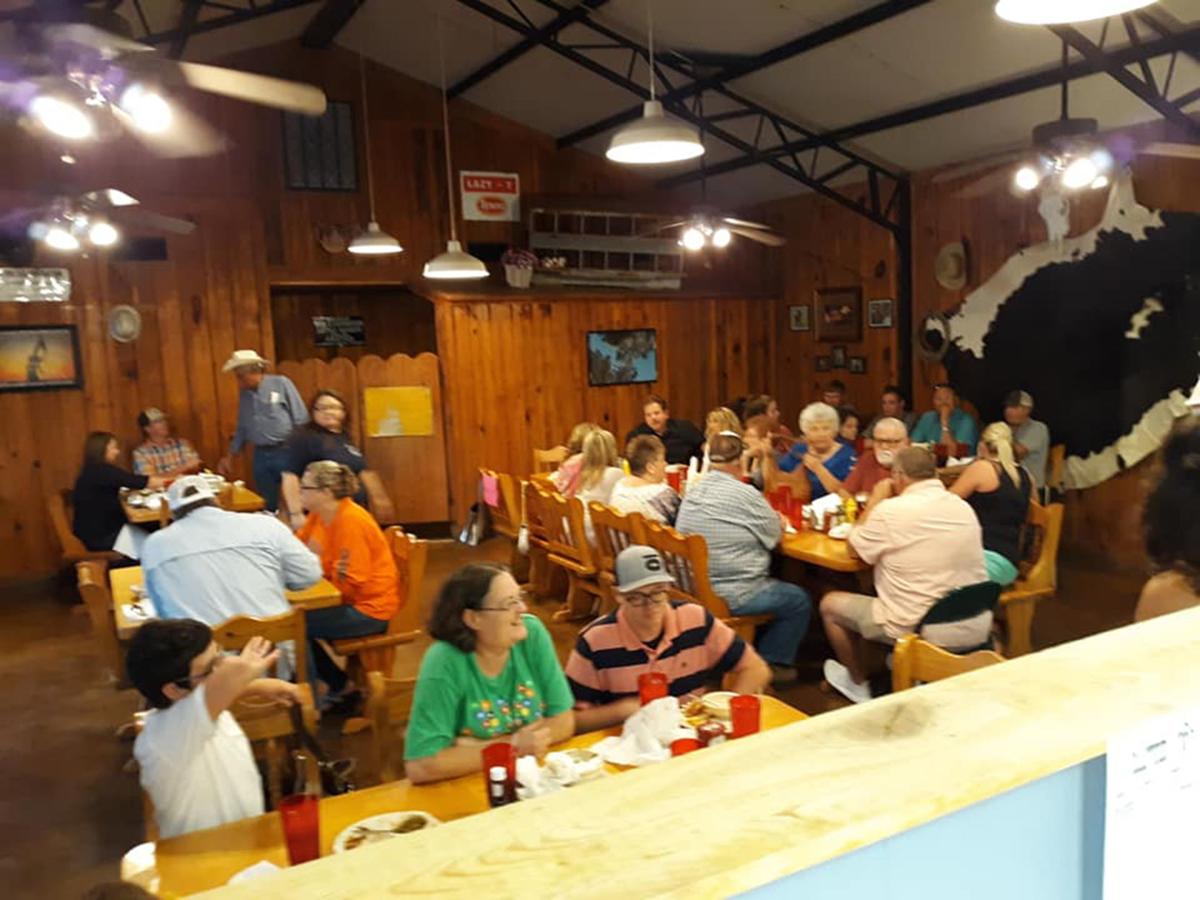 Rafter W. Café can seat about 50 people, Kristi Whitsett said, many people get their food to-go. 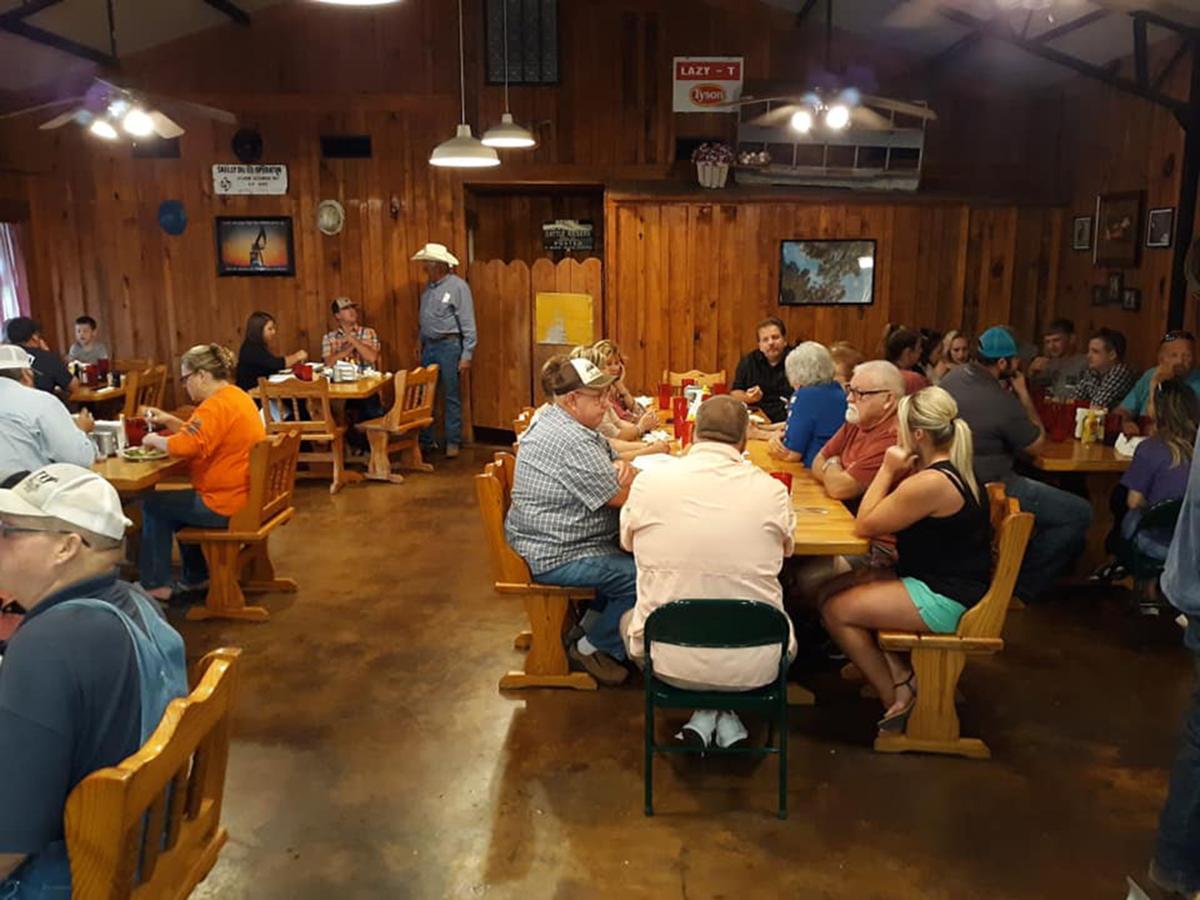 Rafter W. Café can seat about 50 people, Kristi Whitsett said, many people get their food to-go.

Rafter W. Catering is now Rafter W. Café and Catering, as they opened up a physical restaurant location on Aug. 1.

The restaurant serves a variety of meals — what Whitsett called home cooking. This includes steaks, hamburgers, chicken fries and more.

"Everyone's thinking we were a barbecue place, and we never ever announced that we were gonna be strictly barbecue," Whitsett said. "So you really limit yourself, when you do one thing, which is why we chose to do a cafe and just do a variety."

Kevin Whitsett spent 17 years in the oil business in Carthage and many more years in other parts of the country, Kristi Whitsett said, but cooking was always a part of their lives.

"So we moved back here in '99, and that's when he moved back to work in the oil field," she said. "He was cooking right before that. He was sous chef at the Radisson Hotel in South Dakota, and I was working there also; I was doing their salads and their desserts."

"It's stability and just something that we can have of our own instead of like, working for somebody," she said. "When the oil field went belly-up a couple years ago, we decided like, y'know, what're you gonna do, so we just fell back on our cooking."

The building they bought for the restaurant was built in 2002, Kristi Whitsett said and has always been a restaurant. It's been sitting empty since 2014.

"We were getting ready to actually put a commercial kitchen in out of our house, and this kinda just came available," she said. "And I just talked about it, prayed on it, thought hard on it and made the decision to take this next step."

One surprise Whitsett has had since opening the cafe is the sheer amount of to-go orders, she said.

"The to-go orders have just been outstanding," she said. "I never dreamed when we started this that the to-go orders would be as abundant as they are... which is good, 'cause then they don't have to sit and wait for a table."

There have been a lot of long hours, Whitsett said, but they are having a good time so far.

"It's been fun and been a lot of hard work," she said. "If it wasn't for a lot of our serious praying and our family's support and the community's support, we wouldn't be here. We love it. We hope to be here five to 10 years down the road."