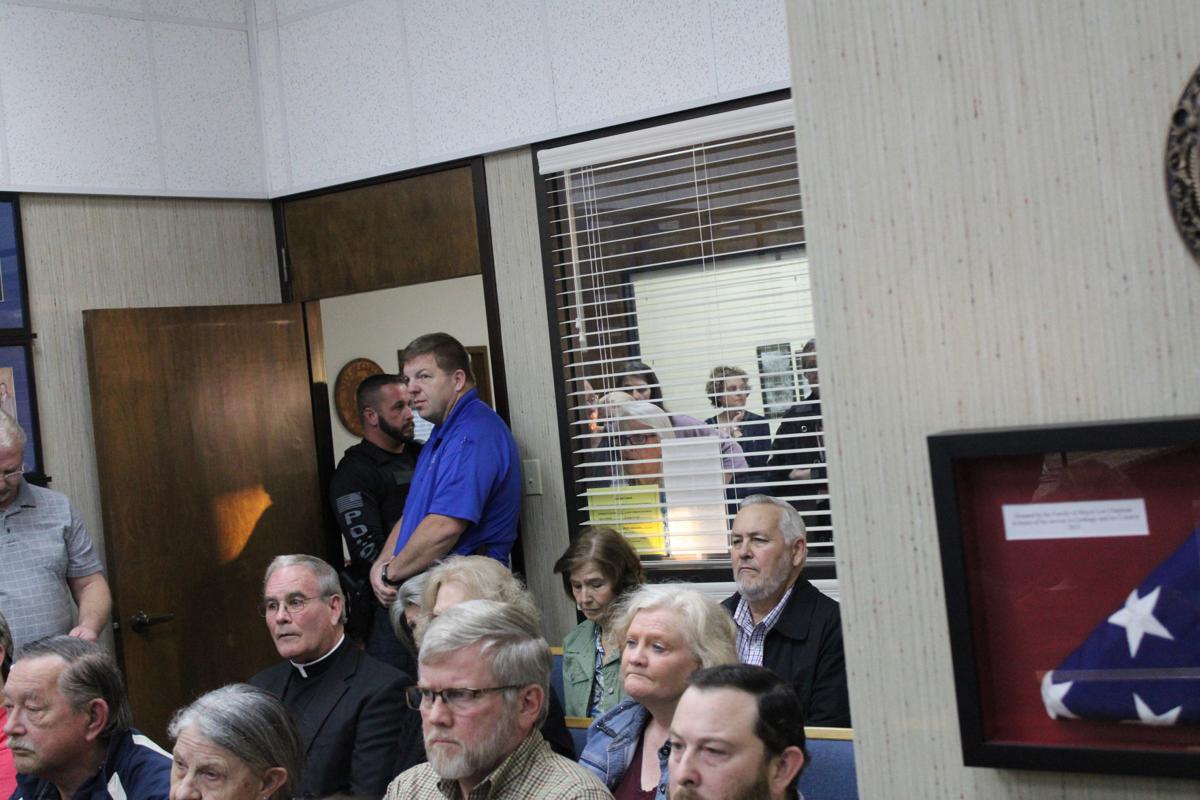 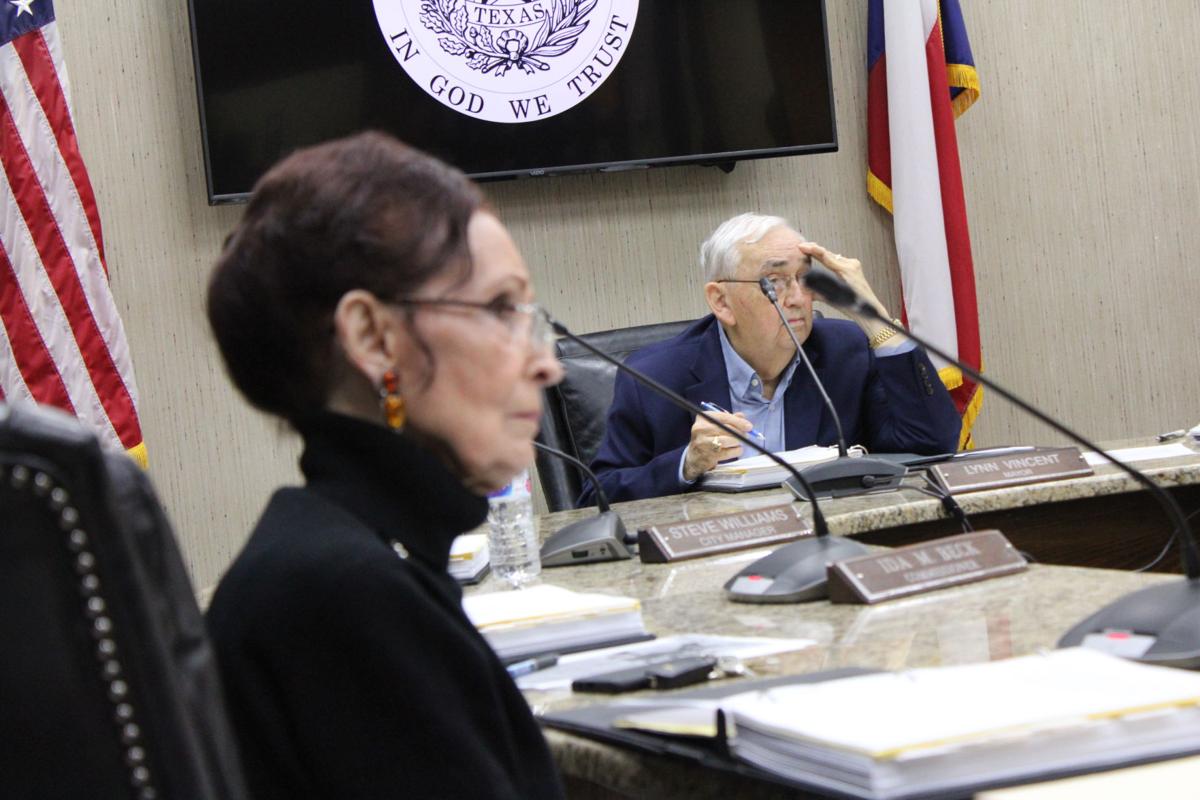 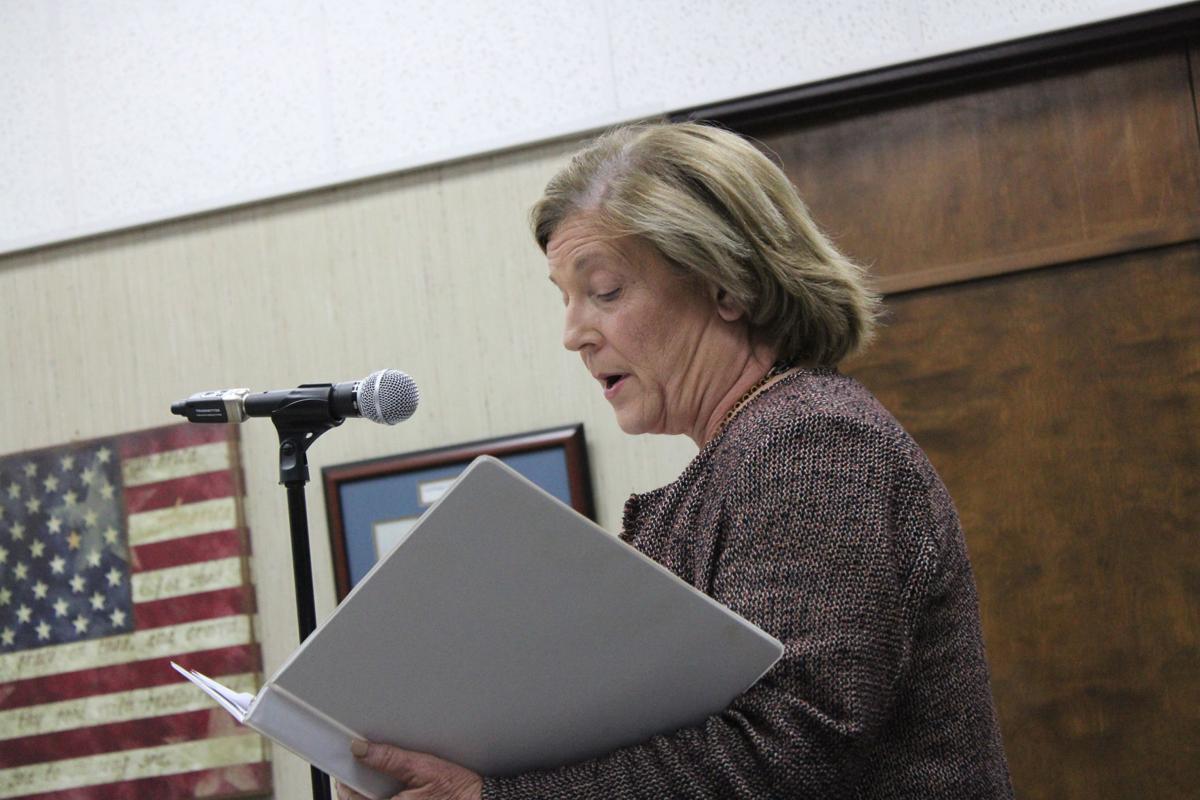 Attorney Mary Lou Tevebaugh speaks to the Carthage City Commission about the legalities of a proposed abortion ban at Monday’s meeting. 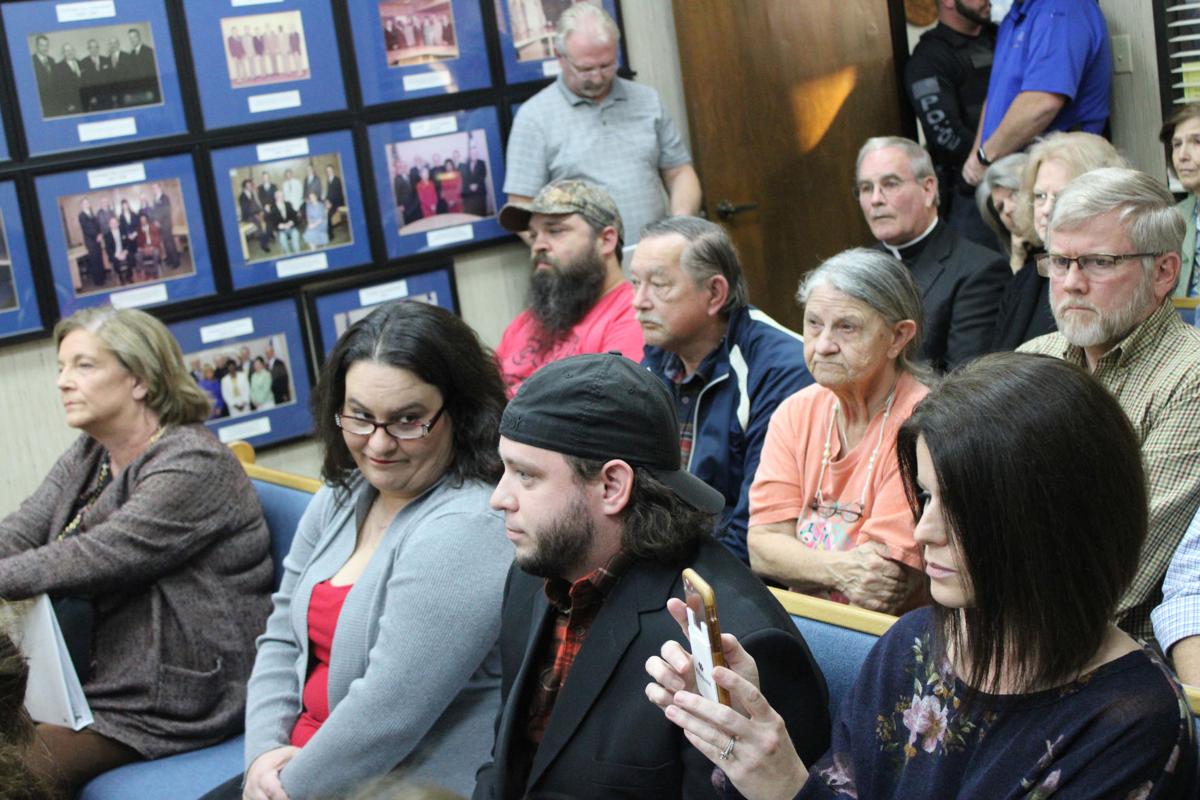 The crowd at Monday’s meeting included many supporters of the proposed ordinance. 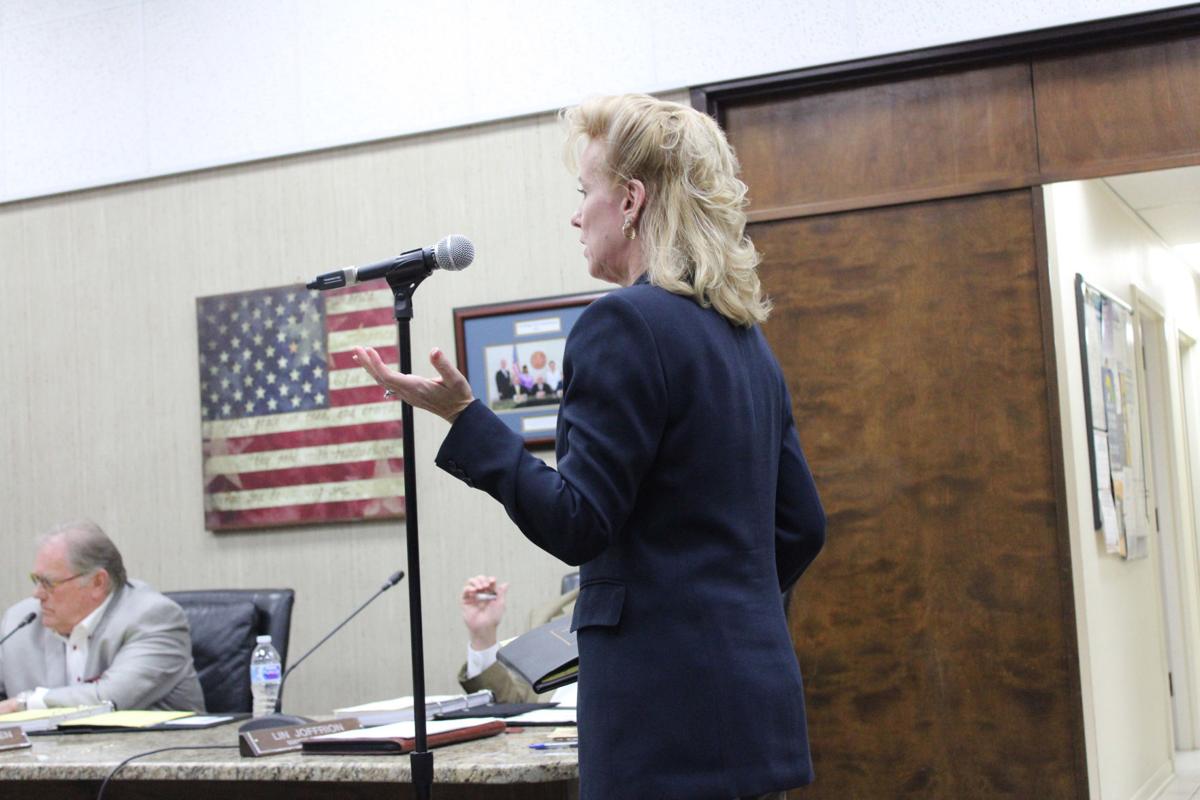 Attorney Mary Lou Tevebaugh speaks to the Carthage City Commission about the legalities of a proposed abortion ban at Monday’s meeting.

The crowd at Monday’s meeting included many supporters of the proposed ordinance.

A vote on a proposed ordinance that would outlaw abortion within the Carthage city limits was tabled Monday evening by the Carthage City Commission.

Commissioners, in a unanimous decision, said they wanted to wait to hear back from the Texas Municipal League on the ordinance’s constitutionality before taking action, especially in light of a letter from the American Civil Liberties Union stating that such a law would not be constitutional.

“I feel wholly unqualified to litigate Roe v. Wade at a city commission meeting,” Commissioner Lin Joffrion said. “I’m not up to that task. It’s easy for people that don’t live here to say ‘Oh, they’re not going to sue you; they’re just posturing.’ Well they’re here tonight. They tried to hire a local attorney here and he declined.”

The ordinance, written by Sen. Bryan Hughes and pushed by Right to Life of East Texas, would make it illegal to procure or perform an abortion and to “aid or abet” an abortion, including providing transportation, giving instructions, providing money and coercing someone to have an abortion. The ordinance also targets organizations who help people get abortions through money or legal support and provides a legal avenue for families of an aborted fetus to sue abortion providers.

Any proposed abortion ban for the City of Carthage would not be enforceable unless the Supreme Court overturns its decision on Roe v. Wade, because that law, and the later Casey v. Planned Parenthood decision, makes it unconstitutional to totally ban abortion.

Collin Underwood, the city’s attorney, told commissioners Monday that he had contacted the Texas Municipal League and was waiting for them to send him a written opinion on the matter.

“Obviously the issue is somewhat of a political issue and the city has been threatened with litigation already, so that is something as legal counsel for the city, I have to advise the commission about. If there was litigation over this issue, it would have to be paid by the city. No insurance would cover that. There’s an argument TML attorney that I did talk to expressed whether this was the correct venue — that it’s more of a state or federal issue.”

Joffrion also asked City Manager Steve Williams to look into the anti-abortion law that the City of Gilmer passed, since it was a little different in scope. Joffrion said he had talked to four attorney friends — the outcome of which was a “consensus that we’re opening Pandora’s Box.”

“We need to be good stewards of our citizens, and those citizens include the unborn, but at the same time, I feel wholly unqualified to be doing what I’m doing right now,” he said.

Supporters of the proposed ordinance, as well as some against, crowded City Hall on Monday — officials had to regulate who could actually be in the commission chamber because otherwise the crowd would have violated fire codes.

Many supporters urged commissioners to adopt the ordinance.

“It is better to light a single candle than to curse the darkness,” Father Steve Paradis, of St. William of Vercelli Catholic Church, said. “I ask you to have the courage as members, as the government of this city, to stand up and say ‘While we may have to fight, we will fight well. While we may have to stand and defend ourselves, but we will defend ourselves well. We will stand and defend society and the most vulnerable among us because that is what it is our duty to do.’

Jared Brown, pastor at Hopewell Missionary Baptist Church on FM 1970, quoted Luke 1:41 and told commissioners he felt the children in his wife’s womb before they were born.

Mary Lou Tevebaugh, a Longview attorney and a co-founder of the Democratic Women of East Texas who said she was asked to provide a legal perspective, spoke against the proposed ordinance on Monday night.

Tevebaugh told commissioners that the rule of law was set up in the U.S. Constitution. If Carthage and other cities could just decide not to follow a Supreme Court ruling they didn’t like, it would lead to anarchy.

She also questioned why the city was being asked to take up this matter — and potential litigation — instead of the state.

“Texas has had two decades of Republican control in the statehouse, senate and governor,” she said. “They have certainly put in some strict regulations. I’m asking you why is Carthage suddenly asked to take upon this role in regulating this and take on the financial burden of shouldering any litigation when the state should have this. I heard that Bryan Hughes is for this ordinance. Why isn’t he taking this to the state. Why isn’t the state going to shoulder this burden?”