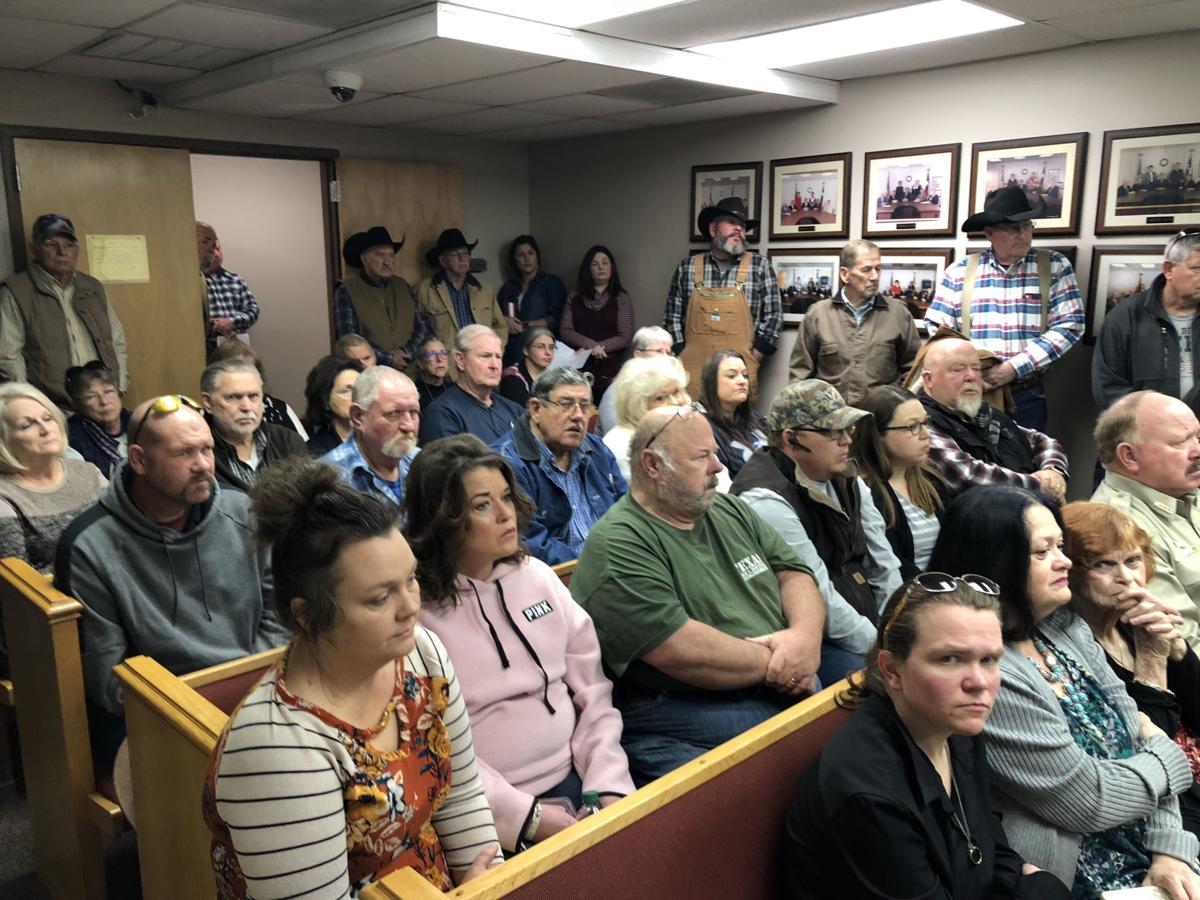 A crowd of people showed up Tuesday as the commissioners’ court discussed a resolution supporting the Second Amendment. 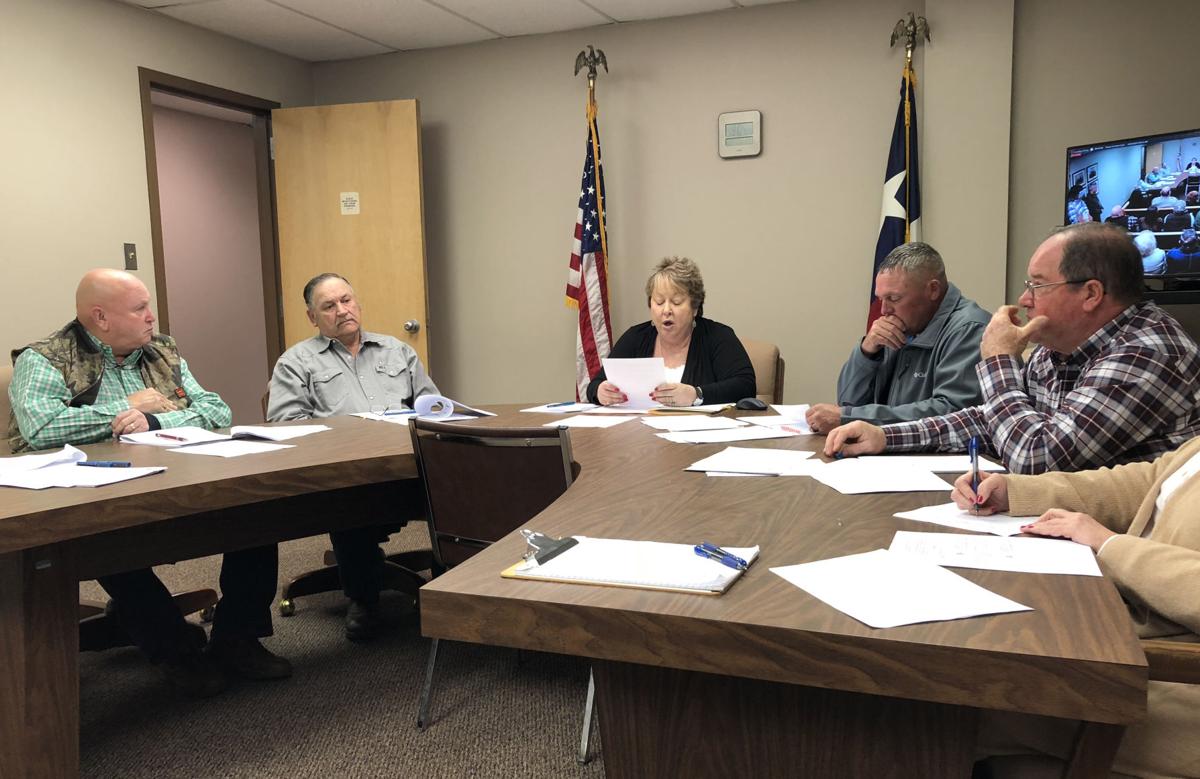 Panola County commissioners approved a resolution declaring the county to be a second amendment sanctuary county on Tuesday morning.

A crowd of people showed up Tuesday as the commissioners’ court discussed a resolution supporting the Second Amendment.

Panola County commissioners approved a resolution declaring the county to be a second amendment sanctuary county on Tuesday morning.

The resolution, adopted unanimously by commissioners, supports the county’s duly-elected sheriff “in the exercise of his sound discretion, and affirms its resolve to support decisions by our Sheriff to not enforce any unconstitutional firearms restrictions against any citizen.”

The resolution also says the commissioners’ court will not appropriate funds, resources, employees, agencies, contractors, buildings, jails or offices “for the purpose of enforcing law that unconstitutionally infringes on the right of the people to keep and bear arms.” 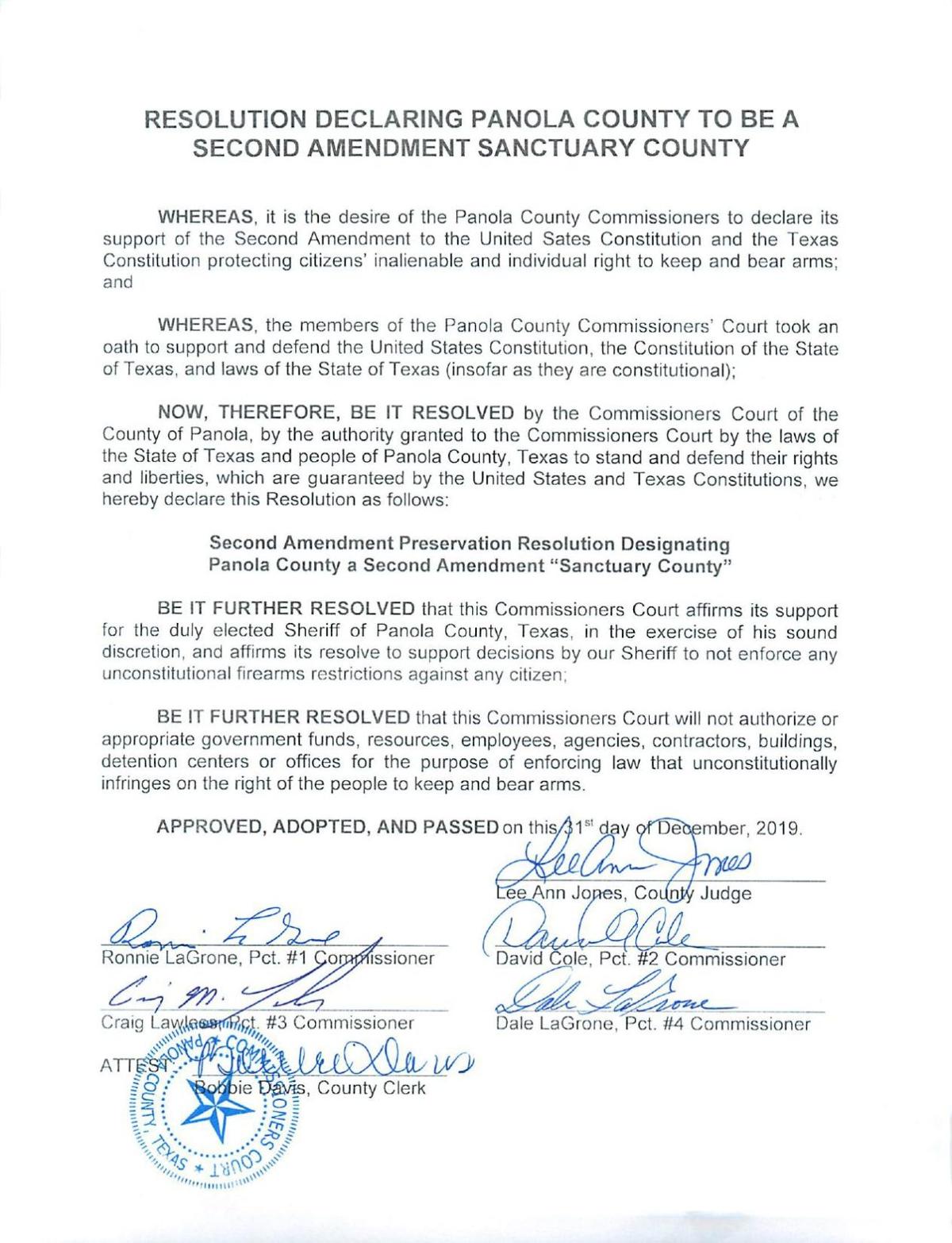 When asked by the audience about the impact this resolution would have on ammunition, Panola County Judge LeeAnn Jones said Tuesday she would look into it.

“This is strictly the Second Amendment to keep and bear arms,” she said. “I’m not sure where the ammunition is going to fall.”

“It was under his guidance that he and I talked with Representative Paddie and went forward with this,” Ronnie LaGrone said.

“The Constitution has been around for such a long, long time and it has served us very well. It’s a sad thing that we have to say that we’re in support of it,” she said. “We should always be in support of it, and we should always defend it, protect it. The Second Amendment is one of the items that is upon the national public eye, and we must do everything we can to protect our Constitution. I am very, very proud Panola County for adopting this.”