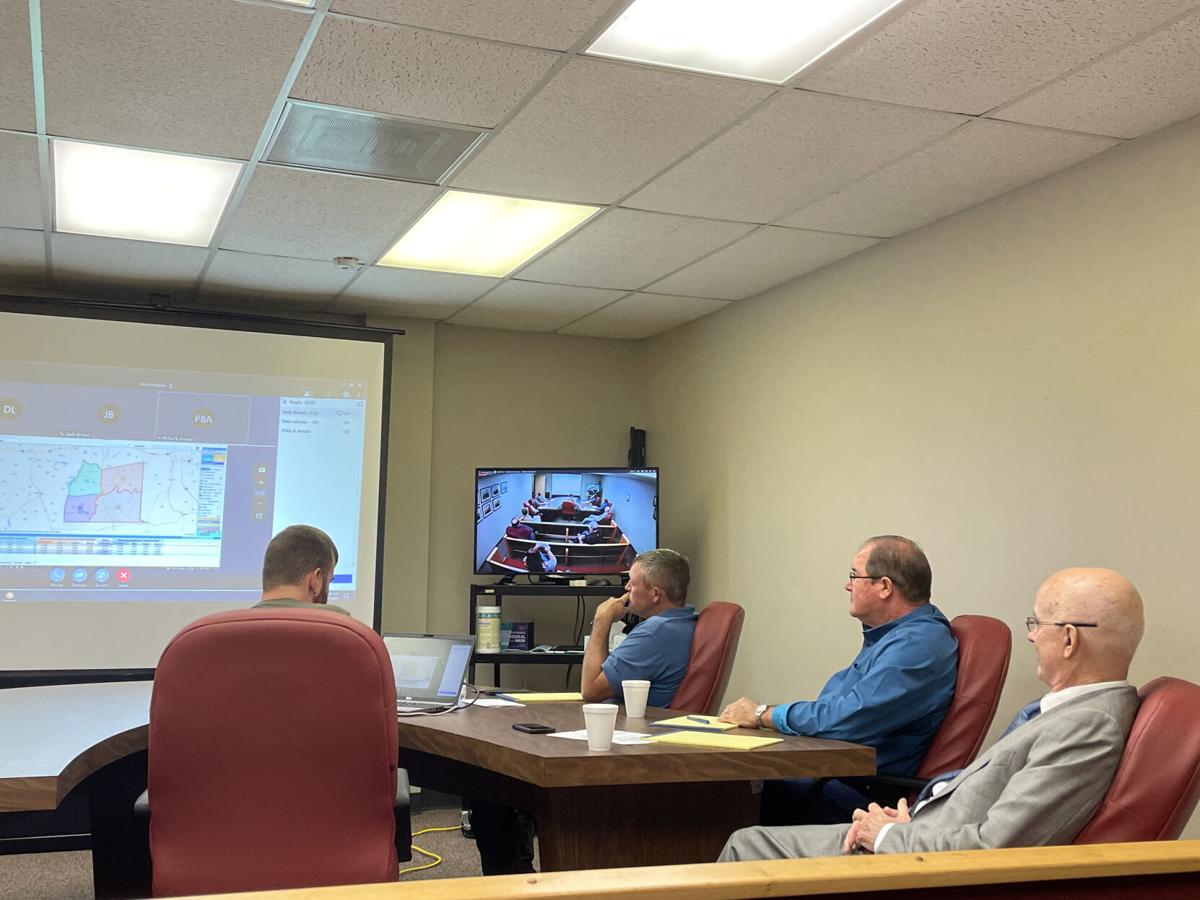 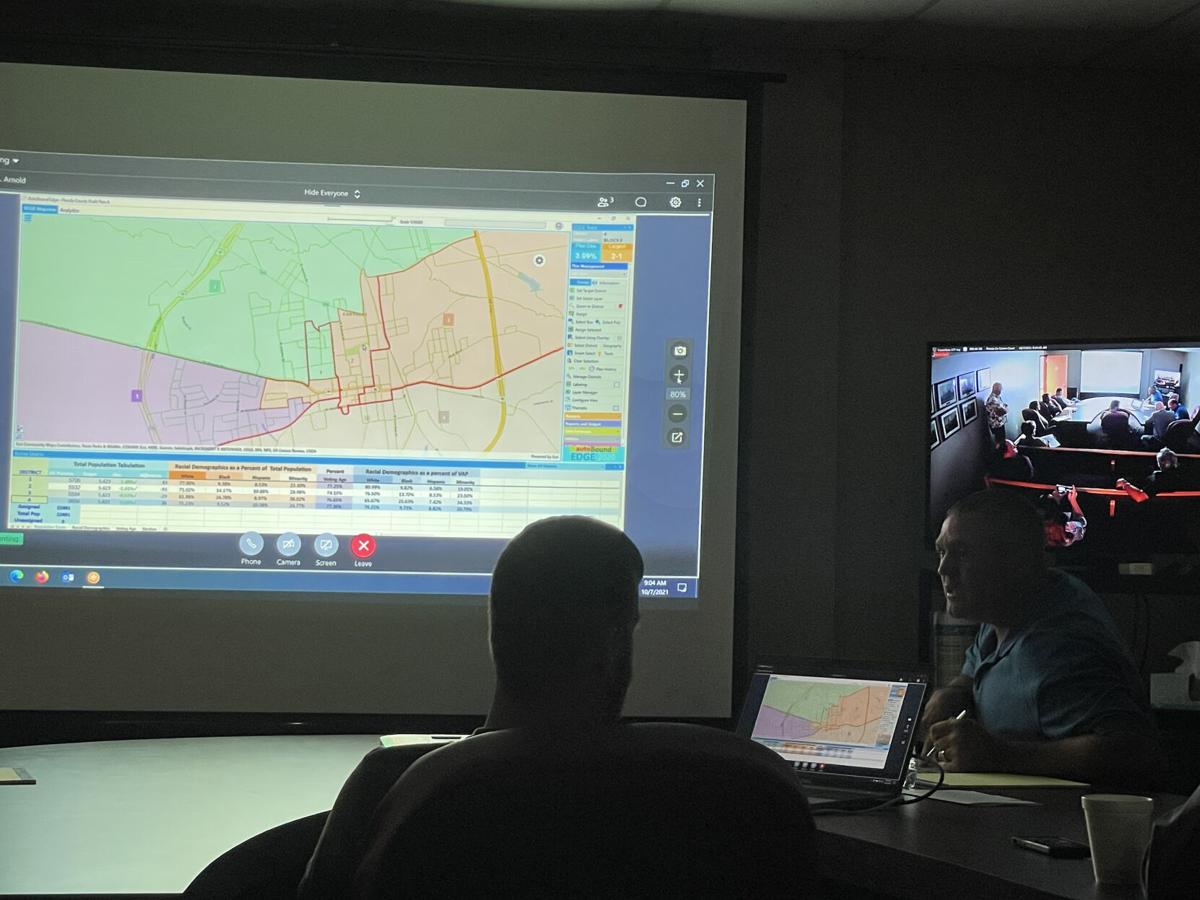 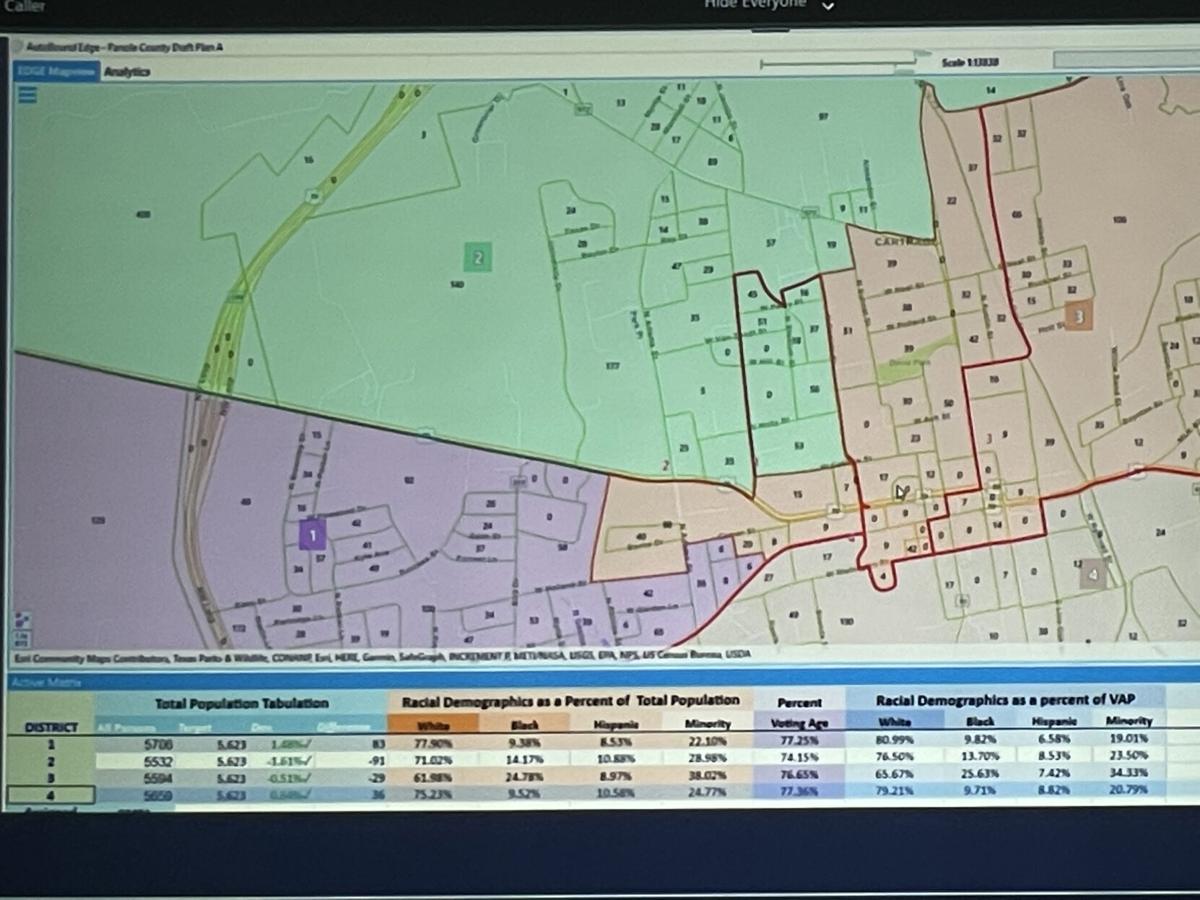 Panola County commissioner precincts have to be modified after the latest Census information showed a 21.32 percent deviation in population between the four precincts.

Commissioners gathered Thursday morning to do the first of two drawing workshops.

Phillip Arnold and Josh Bristol, with Bickerstaff Heath Delgado Acosta LLP, were on the phone for the meeting, complete with a presentation of maps and potential new precinct lines in the county.

Bristol talked about what the lines on the map meant and where certain precinct lines were in the county.

“For instance you had precinct one coming out all the way into 79 and then all the way up Terry up here,” he said. “And then you also had district two coming down off of 572 all the way down to Wellington. So what we did to kind of resolve the population between one and three was to take some of precinct two as well, so precinct one down here, and then to gain the population that two lost we took more from one that was so overpopulated from this area here.

“So that balanced the districts, brought it under five percent total deviation, which is excellent,” Bristol said. “But of course y’all know your precincts and what your people are going to like or dislike better. This is just a preliminary plan that we drew up that would fix your deviation issue.”

Most of the changes take place within the City of Carthage.

“We can draw these lines in a lot of different ways and move the districts around any way you want,” Arnold said. “I think we have a lot of options with Panola County, because Carthage is the center, it’s where the population is, it’s where all the districts meet. There’s a lot of way to cut the cake so to speak. So if y’all want to see us move these districts around, move the lines around, that’s what we’re here to do today, and just let us know how you want to do it, and we will stand by and let y’all consider this for a moment and lets us know what you want.”

In order to keep precinct three from wrapping around precinct two, they gave two a little bit of one, and one a little bit of two. Precinct four stayed the same because its population hadn’t really changed, and they didn’t need to modify it to get precincts one and three into balance, Arnold said.

The commissioners expressed they were happy with the plan. The only complaint was the movement of Davis Park out of district two.

“The only thing that concerns me is how we move our voting box out of Davis Park,” Pct. 2 Commissioner David Cole said. “Gotta find another place to set it up.”

Elections Administrator Loretta Mason added that this would cause a lot of confusion for their voters because they have voted there for so long, but the commissioners and Judge David Anderson agreed that they would just have to to do what they had to do.