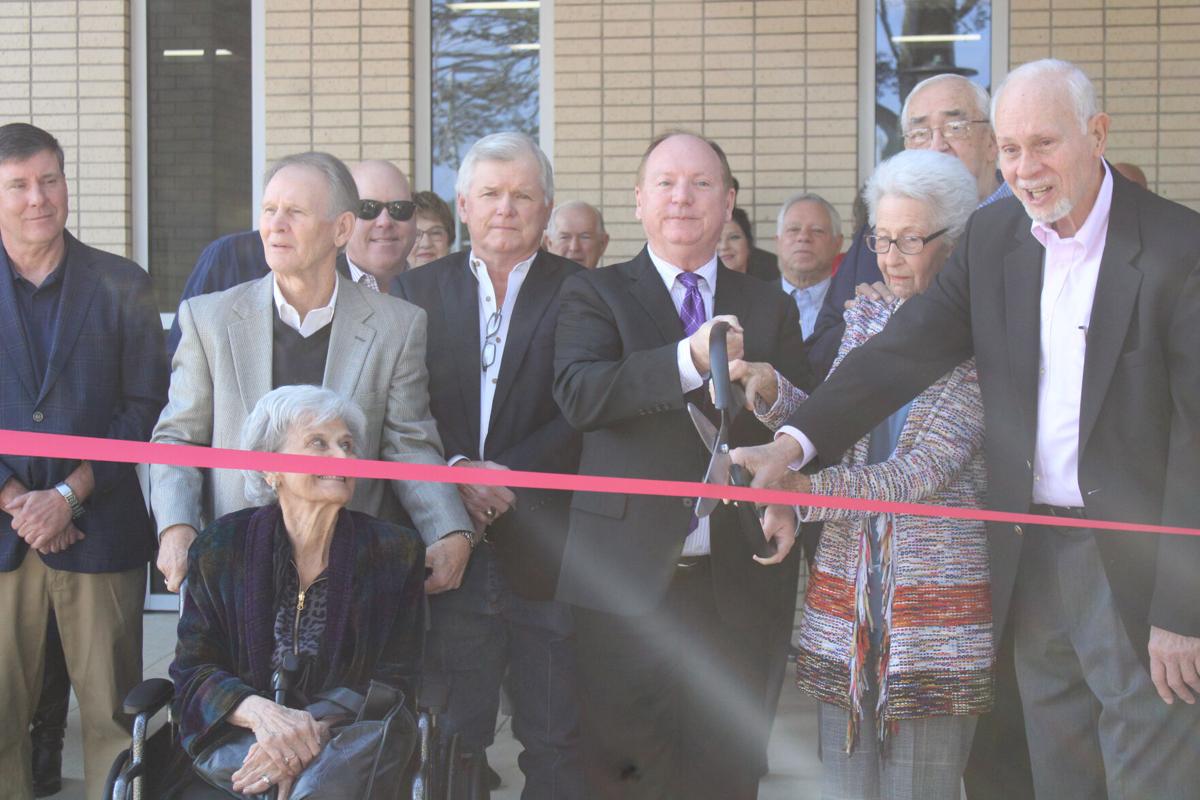 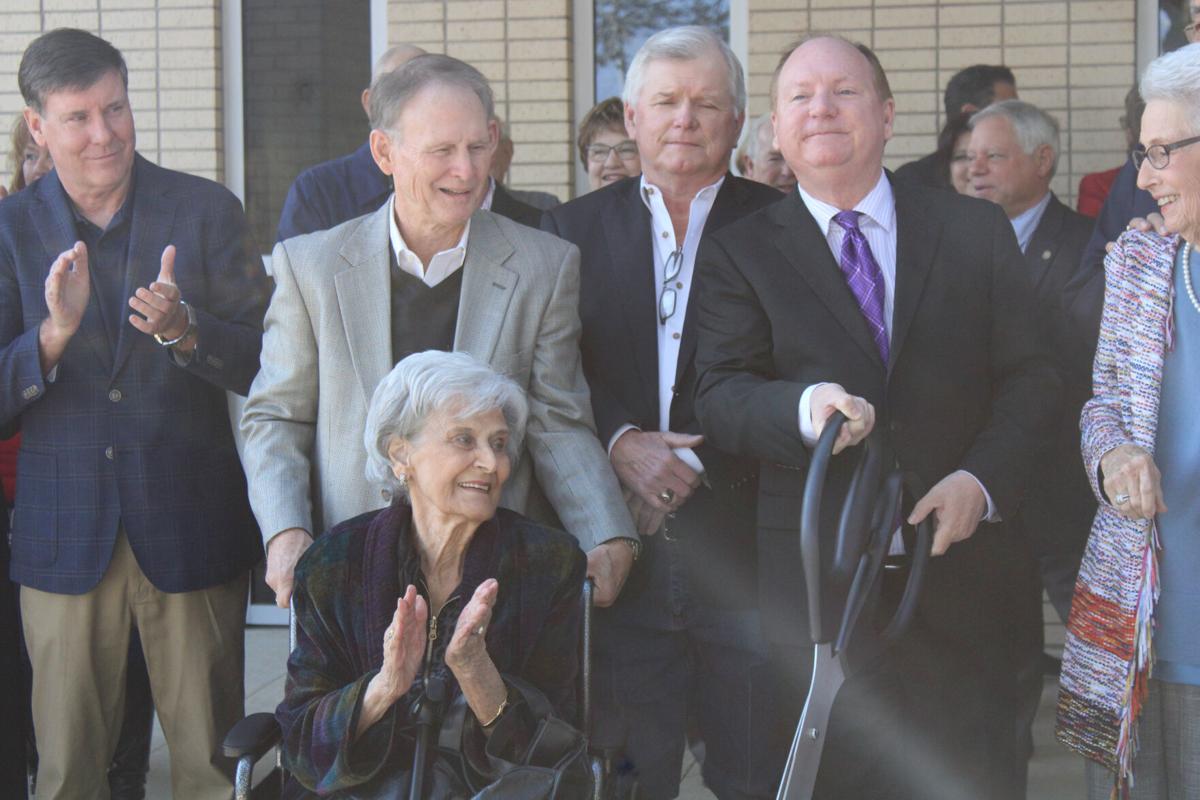 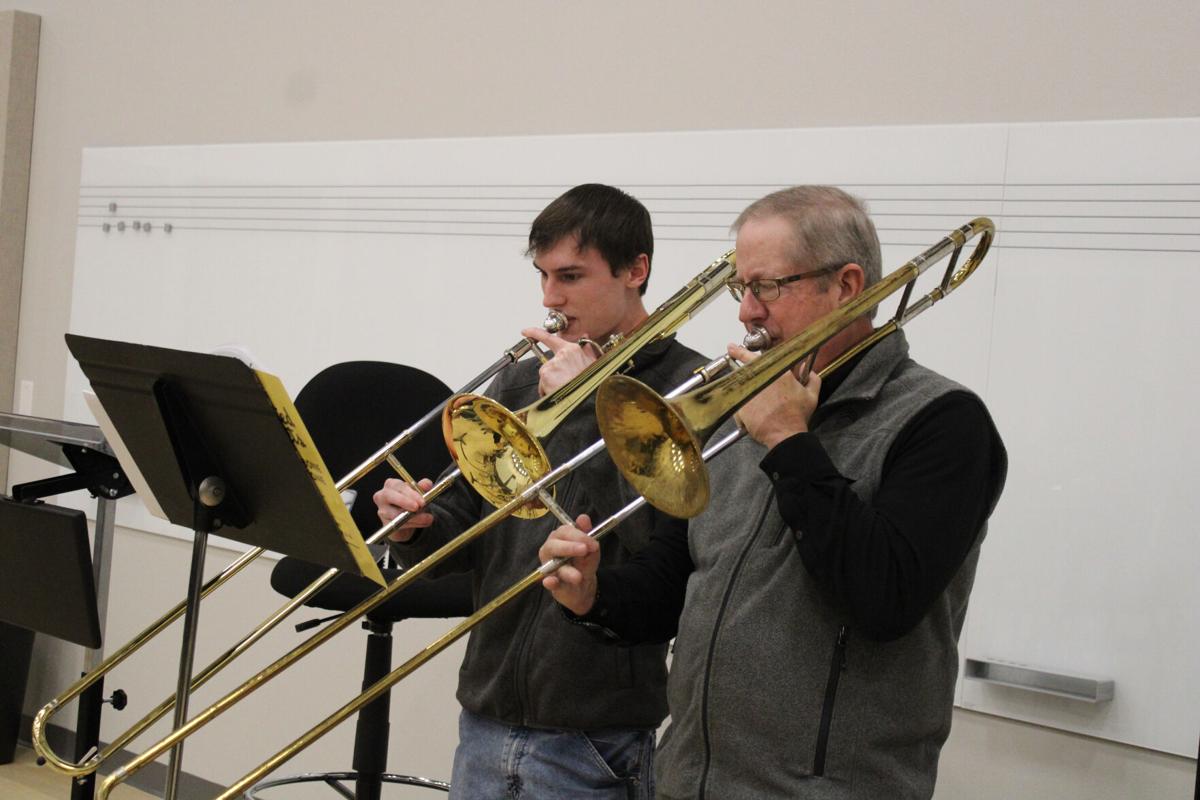 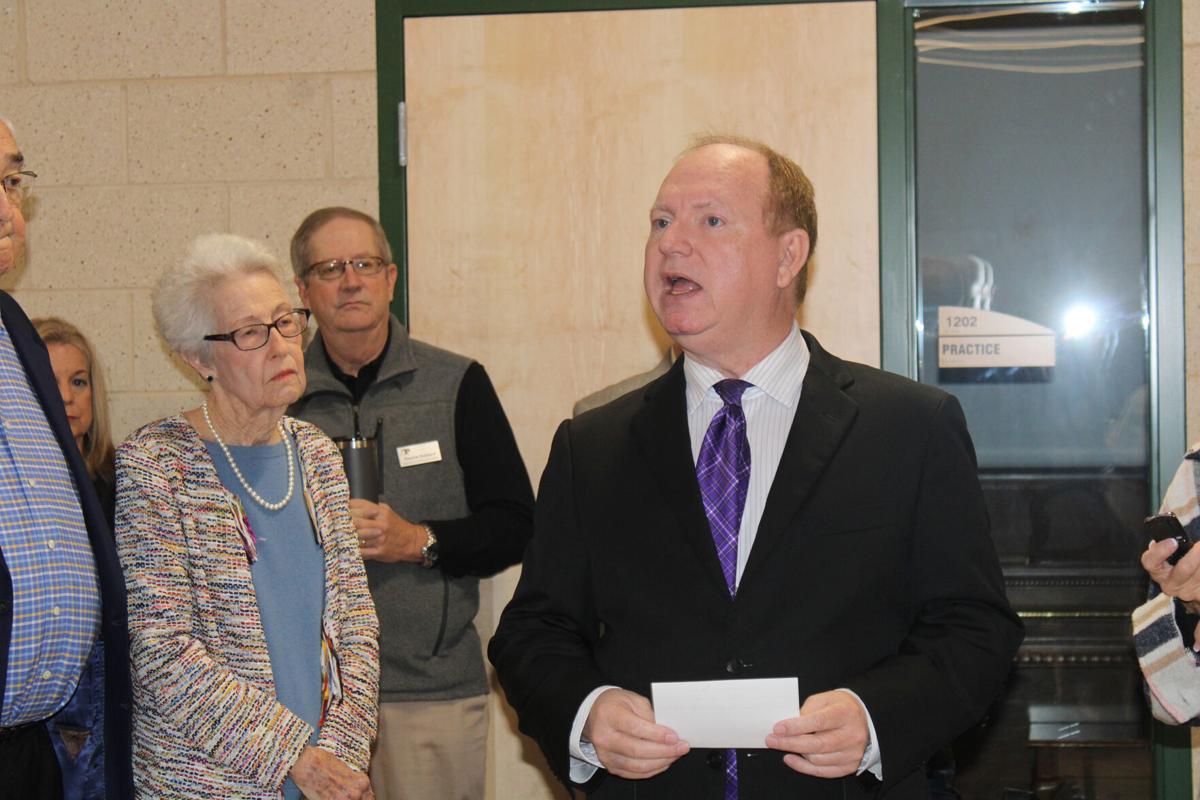 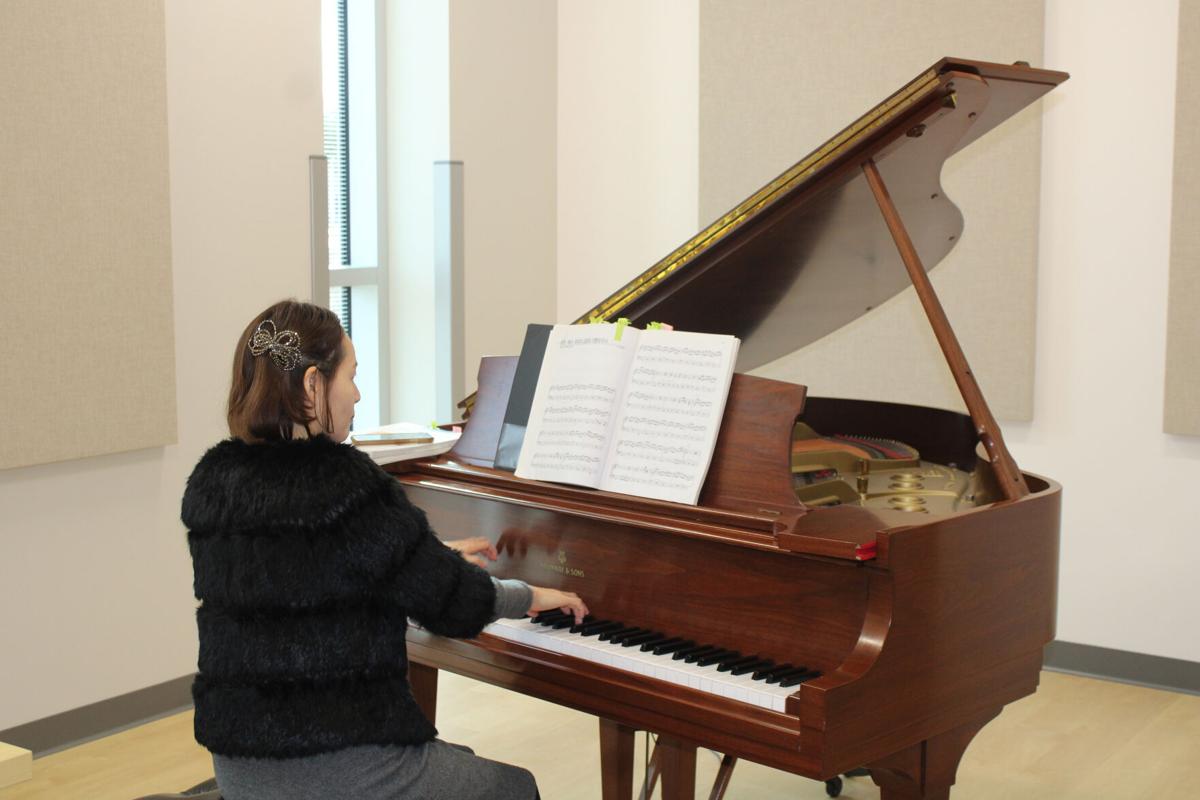 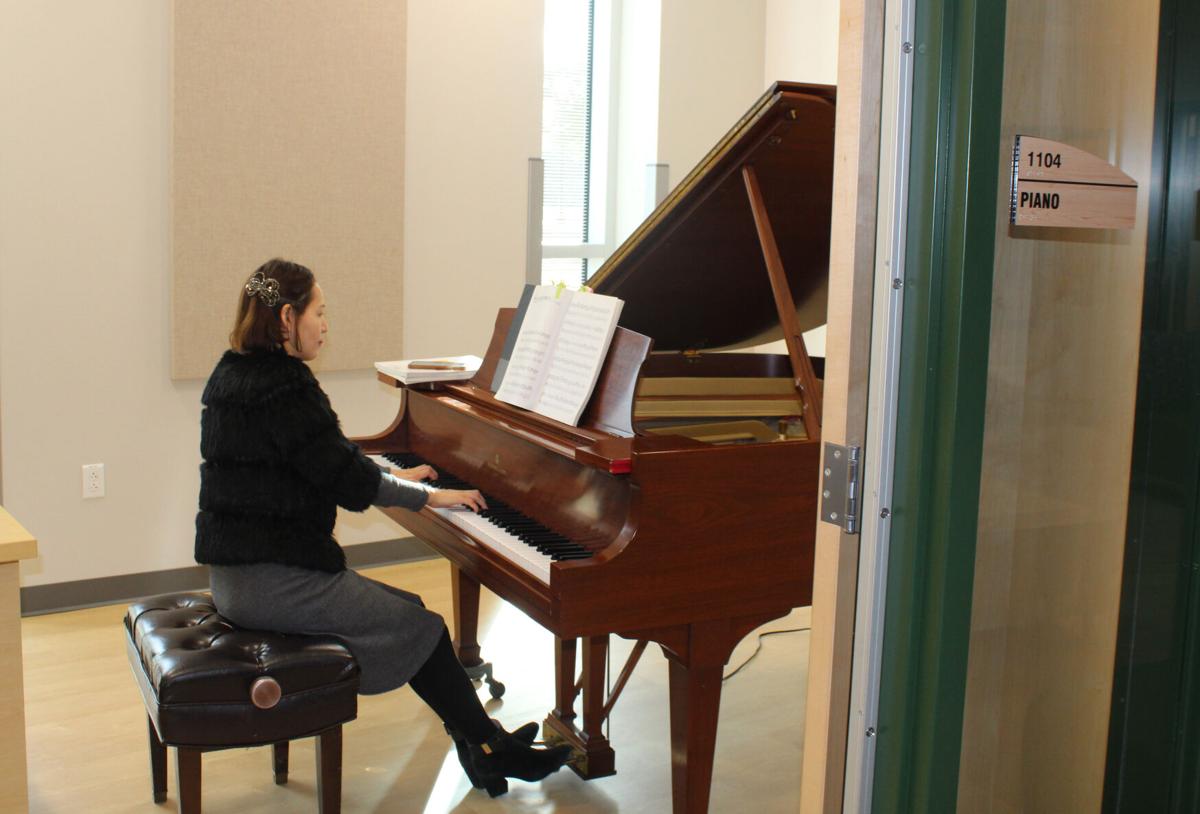 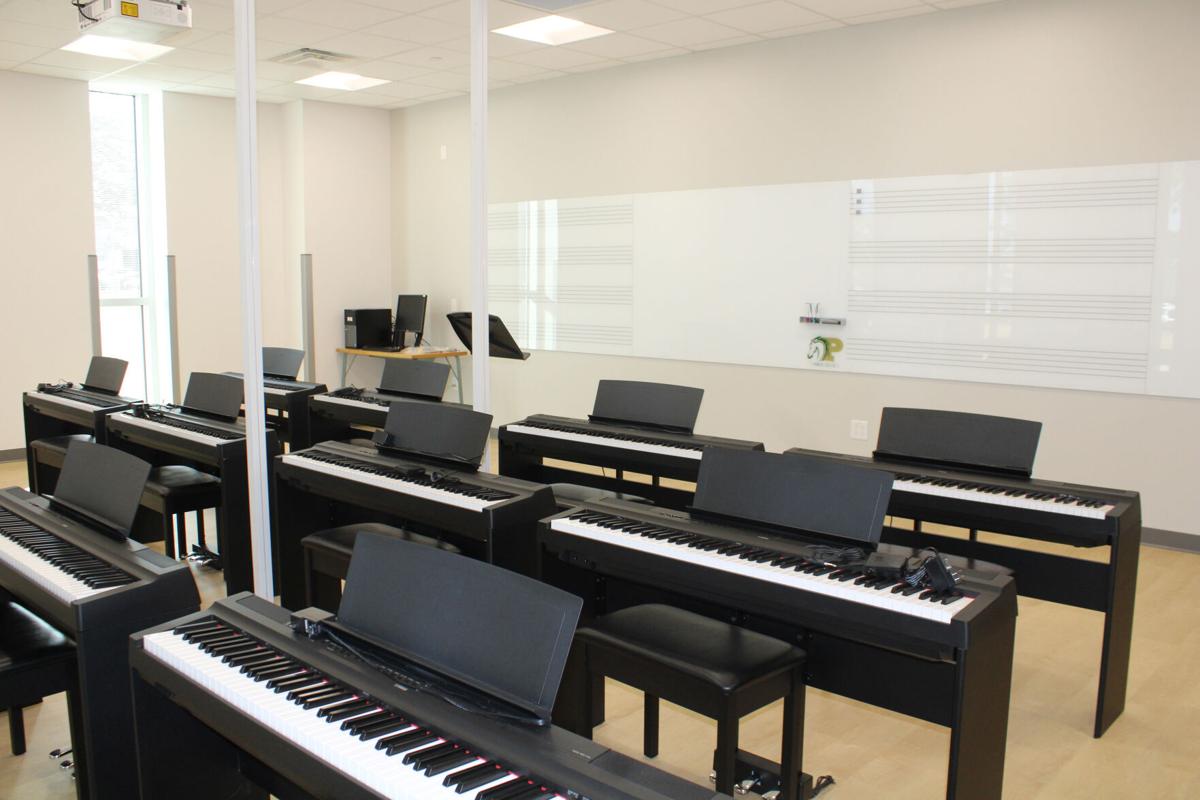 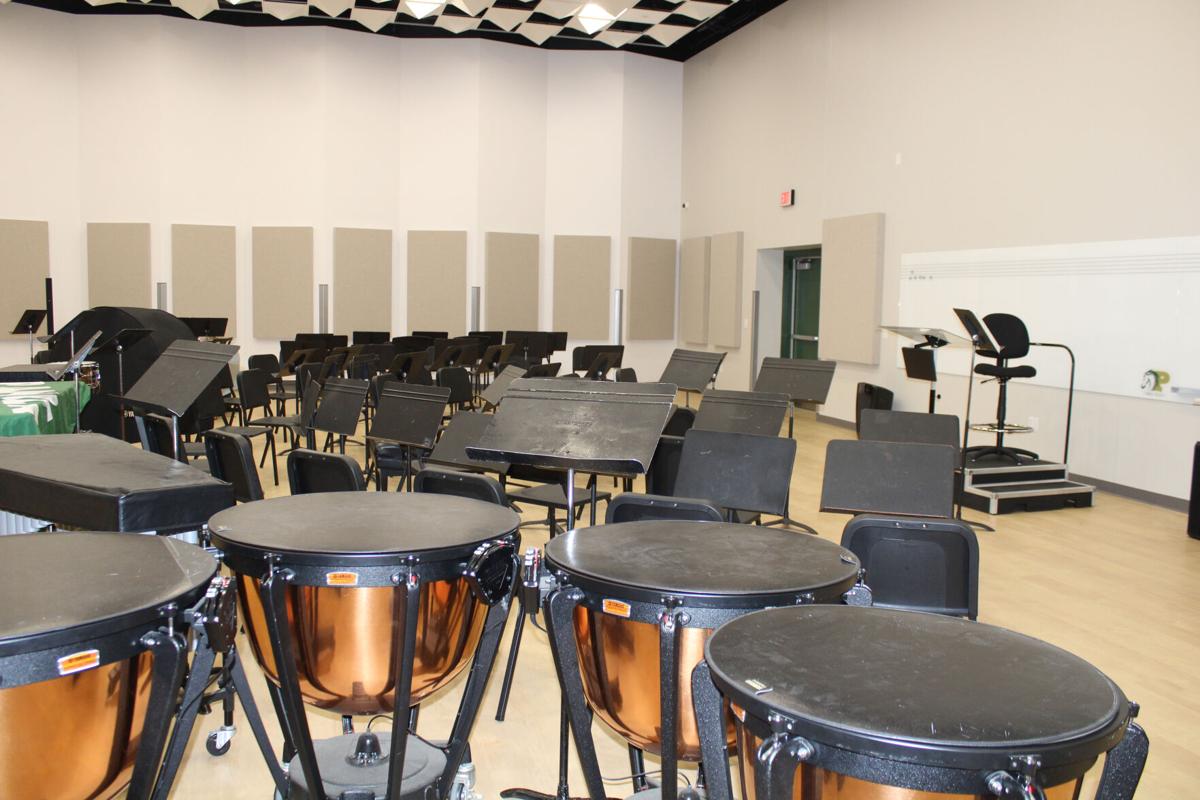 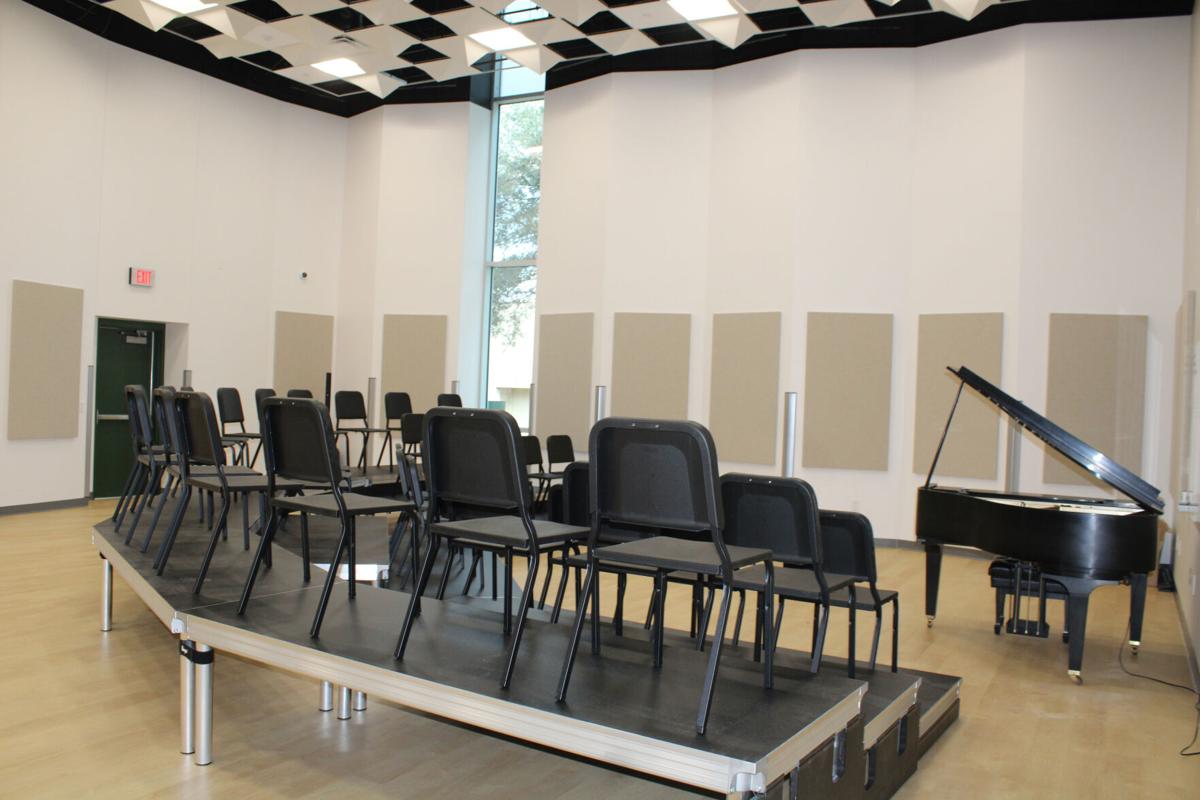 The building will have its first classes start next Monday as the spring semester starts.

Panola College President Greg Powell welcomed the ceremony’s attendees Thursday morning before thanking the voters of Panola County, the Board of Trustees, Frances B. Ross, Evelyn Sharp, those who worked on the creation of the building, and a number of others who were instrumental throughout the process.

“We are so excited to have this 11,000 plus square foot facility for the band and the choir,” he said. “The students are especially excited that the music majors will have 24 hours access to the practice rooms. The turnout is amazing. I never believed that we would have this many people here today, but this facility for the band and choir and for our instrumentalists and for the piano classrooms, for music theory, it’s just going to serve this community and this college for decades to come.”

The building is named in honor and memory of long-time benefactor to the College, Frances B. Ross. Inside the building is the Evelyn D. Sharp Band Hall, named in honor of Panola College alumna, long-serving Board of Trustee member and benefactor Evelyn Sharp. Inside the band hall sits a Yamaha AvantGrand N3X piano, donated by the Panola College Foundation. The building also features a choir room, piano lab, music library and a number of practice rooms accessible to music majors for extended hours.

“Frances B. Ross was a remarkable woman, and this honor is going to be something that we remember — and I hope all will remember — in the future,” Carol Vincent, a close friend to Ross, said before sharing a personal story about the struggle Ross faced during her early life related to education. “I think this is one of the reasons that she became a donor to education and a patron to Panola College. She did not want that door to be shut for other students, that their dreams could in fact be realized.”

An exciting feature the new building will have is 24-hour access to approved students.

“It probably won’t surprise you to learn that our music majors might like to practice singing or the piano at 2 o’clock in the morning, and we have a card system. If they’re issued a card, they’ll be able to get into the building. Cameras are everywhere, so you’re being videoed, and so students will be able to get in and go into any of these other practice rooms that you see around here.”

After speaking, Powell, Vincent and Ray Schieffer cut the ribbon while surrounded by the Board of Trustees, representatives from the Panola County Chamber of Commerce, faculty and staff members, and individuals from the community. Lydia Lim, professor of music and a collaborative pianist, performed a number of songs on the piano while guests took a look around the building.

The Board of Trustees approved construction of the building in September 2020, and it was completed in November 2021. It was designed by Corgan, an architecture firm that has designed other buildings on the Panola College campus, and was built by Jacobe Brothers Construction of Tyler.