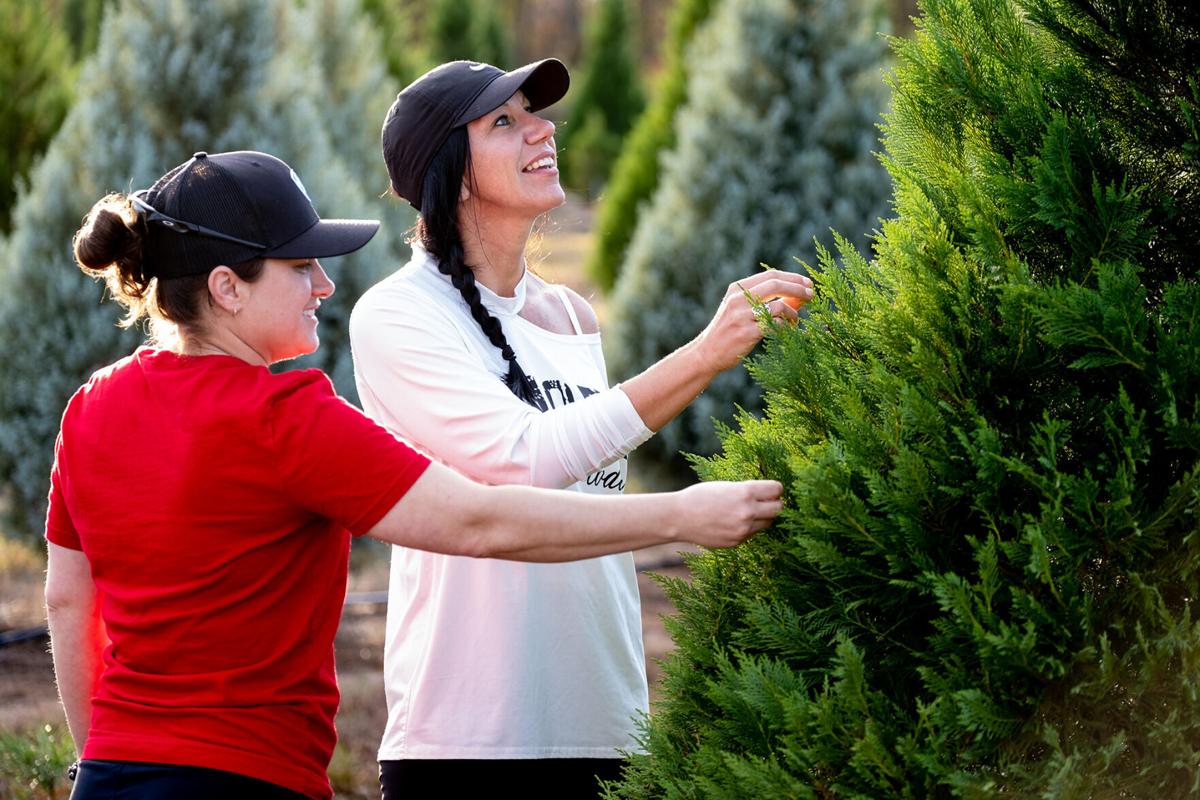 Kara Wilcox and Angie Young of Marshall shop for a Christmas tree Tuesday at Merket Christmas Tree Farm in Beckville. 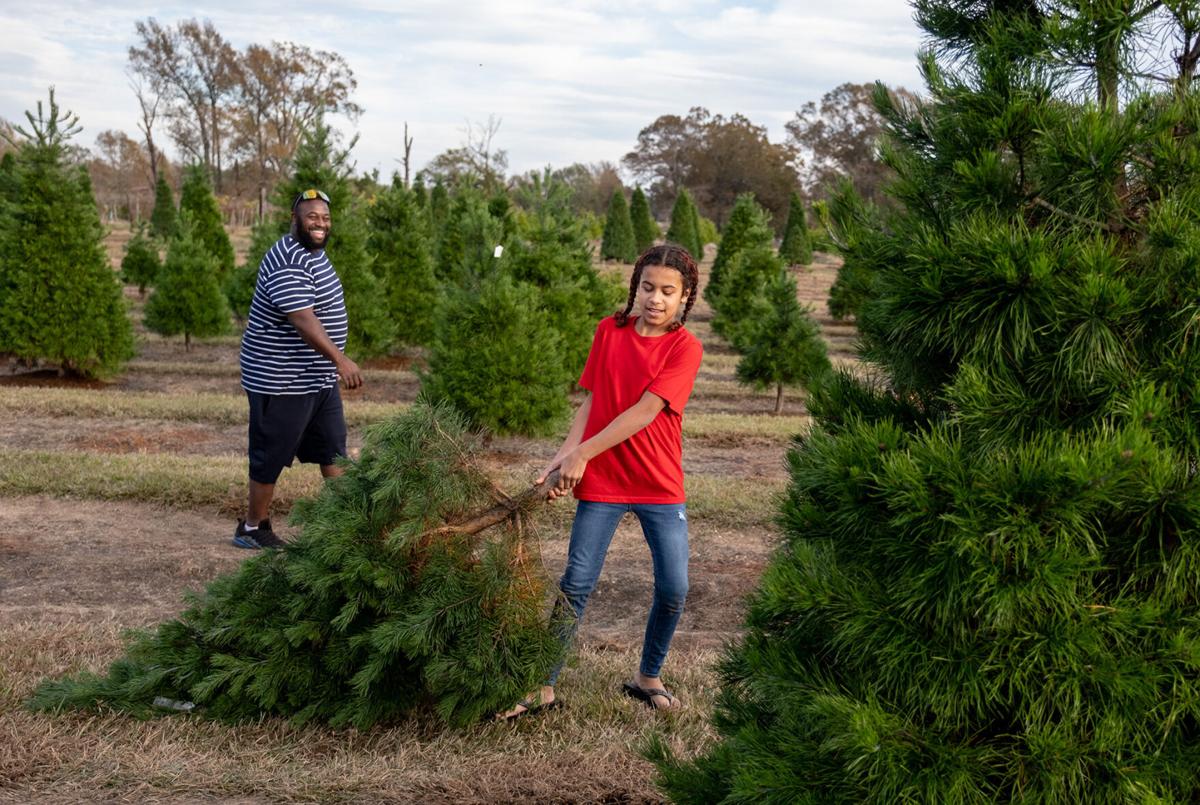 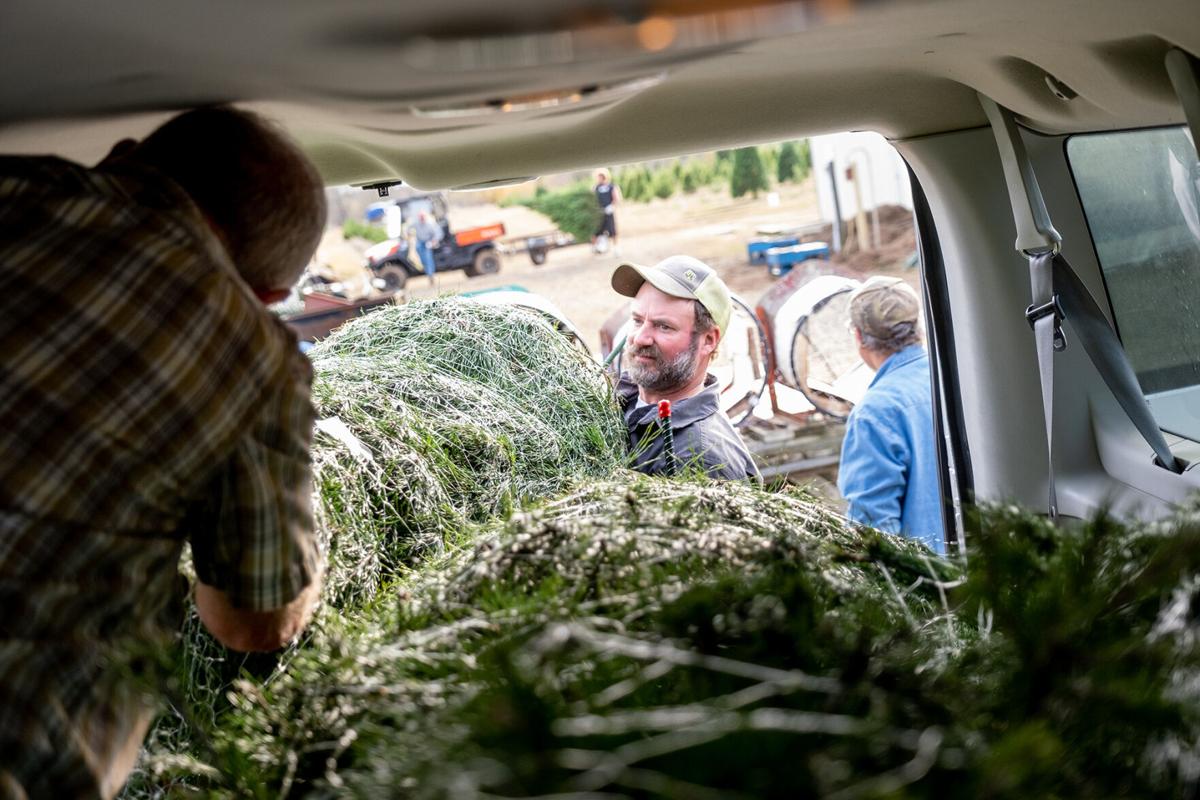 Jonaathan Hyepock of Merket Christmas Tree Farm helps Steve Sowell load his van with trees he is picking up for Hawthorn Funeral Home on Tuesday at the farm in Beckville.

Kara Wilcox and Angie Young of Marshall shop for a Christmas tree Tuesday at Merket Christmas Tree Farm in Beckville.

Jonaathan Hyepock of Merket Christmas Tree Farm helps Steve Sowell load his van with trees he is picking up for Hawthorn Funeral Home on Tuesday at the farm in Beckville.

Options for purchasing choose-and-cut Christmas trees are dwindling in East Texas, with several area farms selling out during their first open weekend.

“Used to, we could go plumb up until Christmas,” said Jackie Merket, owner of the Beckville farm, said on Wednesday. On Wednesday, he said the farm still had about 100 trees to sell. “If we go through Friday, we’ll be doing really good.”

While the farm still has trees in the ground, growing, it must manage the cycle of trees maturing each year, so there are ones ready for the next Christmas season. Merket updated his Facebook page Friday to let customers know it was the last day to buy trees from the field.

Plantation Pines in Tyler opened the day after Thanksgiving and sold out of its choose-and-cut trees before Monday. The farm still has some pre-cut Frasier Firs and continues to take wreath orders. Danville Farms near Kilgore also sold out within a few days of opening.

“It’s got so crazy,” Merket said. “There are so many farms that have either gone out of business or they’re running out of trees so quick.”

It’s a story Stan Reed, executive director of the Texas Christmas Tree Growers Association, is hearing from many of the state’s approximately 120 Christmas tree farms.

“A lot of them have sold out of choose and cut,” he said earlier this week.

Reed laughed as he cautioned people to get out and get their Christmas trees early to avoid being like the dads who fought over a last-minute gift for their sons in the movie “Jingle All the Way.”

“I just think there’s a bigger demand every year,” said Heather Reed, who owns Plantation Pines with her husband, Burren.

The couple took over what had been her parents’ Christmas tree farm five years ago. Because of the length of time it takes to grow Christmas trees large enough to sell, they don’t yet have a large inventory of trees, she said, describing Plantation Pines as a “small farm.”

She suspects some of the Christmas tree demand might be driven by the effects of COVID-19, with people ready for the season’s celebrations.

Texas’ Christmas tree industry is growing, according to Reed.

“A lot more people are getting interested in it because it’s a fun thing to do and because it can be profitable if you do it right,” he said.

At C and C Christmas Tree Farm near Lindale, owners Larry and Dana Hatch first caught the Christmas tree bug when they visited what was a tree farm operating under a different name to purchase a tree. They ended up buying the farm, Larry Hatch said.

They later sold part of it to a man who shut the Christmas business down for a couple of years, he said. The Hatches decided to get back into Christmas tree farming in the acreage they still own and where they still had trees growing.

He said they have 3,000 trees ready to be cut. He suspects C and C hasn’t been so busy because people might be confused because of the way the man who bought part of their farm shut down.

“People haven’t realized that we’re back in business,” he said, with all trees selling for $40 each.

“Everybody that’s been out here has complimented us on how good they look,” Hatch said.

Here are some of the area farms still selling choose-and-cut Christmas trees. Call ahead or check Facebook for hours and tree availability: