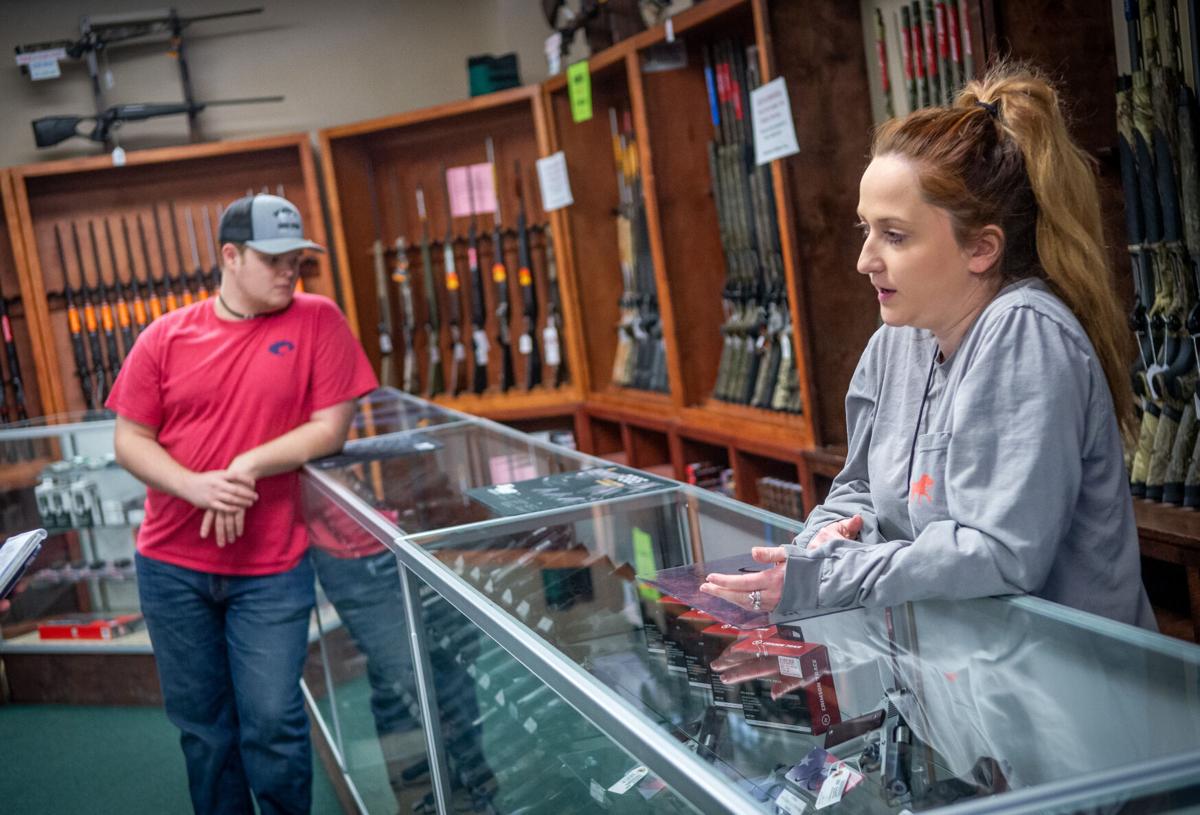 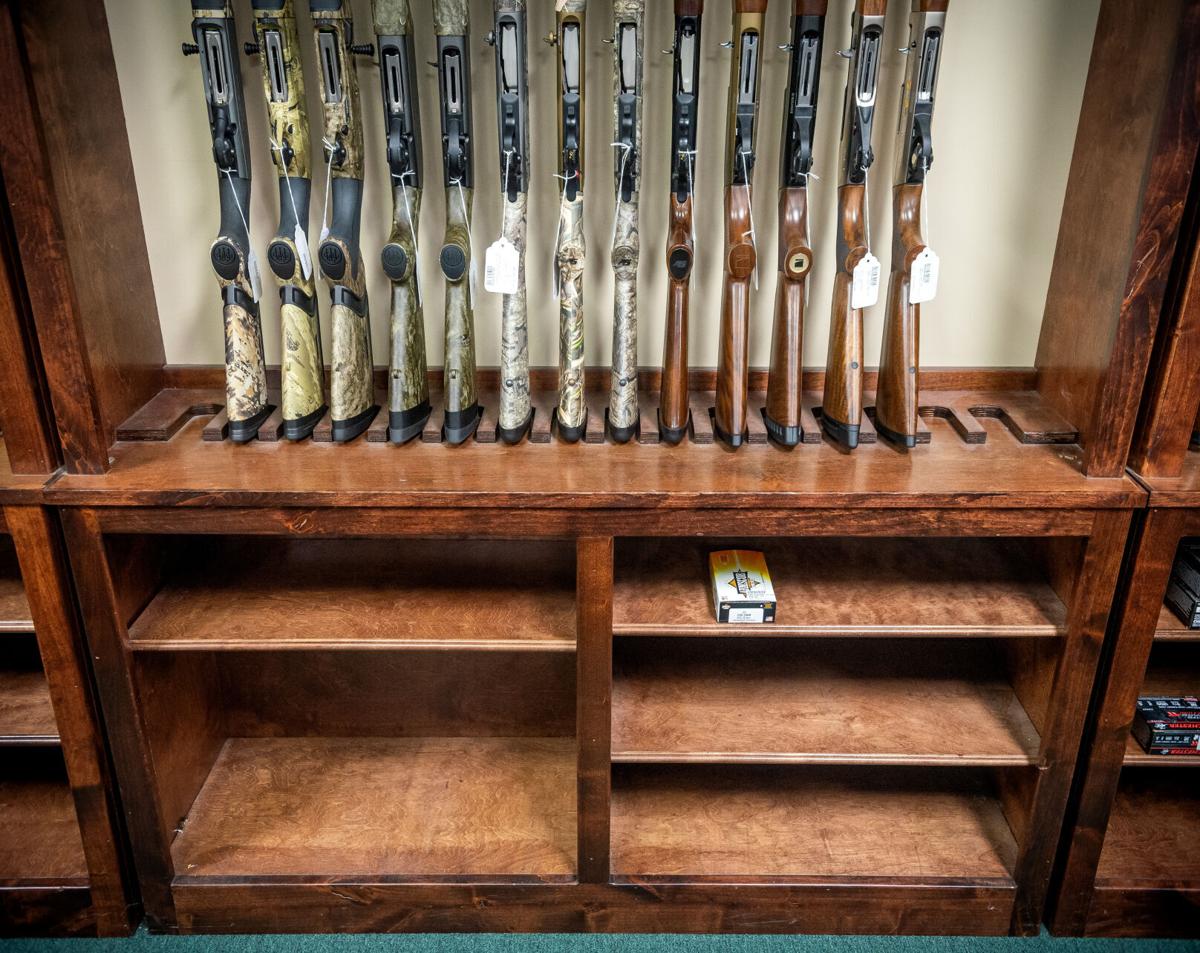 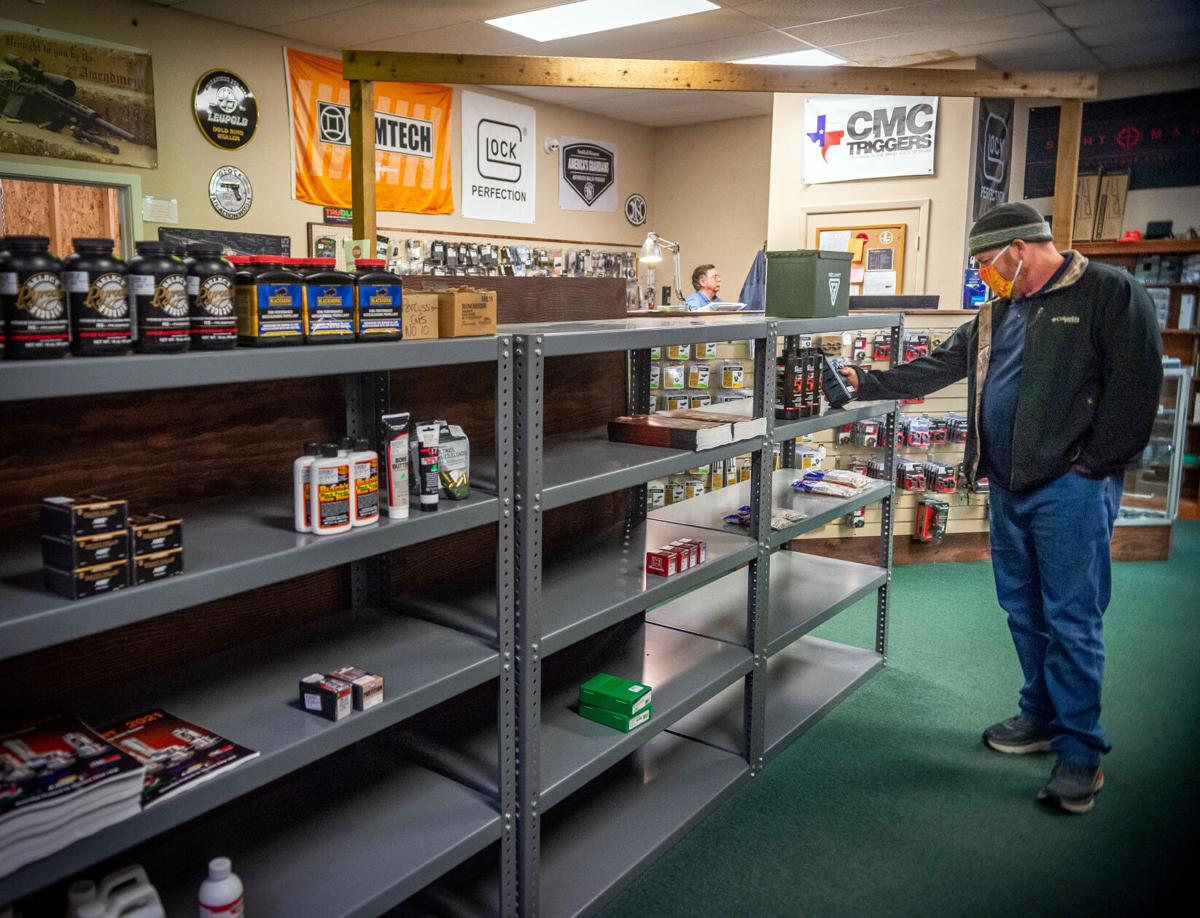 Jason Ybarbo of Dallas shops for reloading supplies at Sportsman’s Outfitters in Longview. Ybarbo, who shoots competitively, says he has had trouble finding supplies and often stops at stores when he is traveling to hopefully find items. 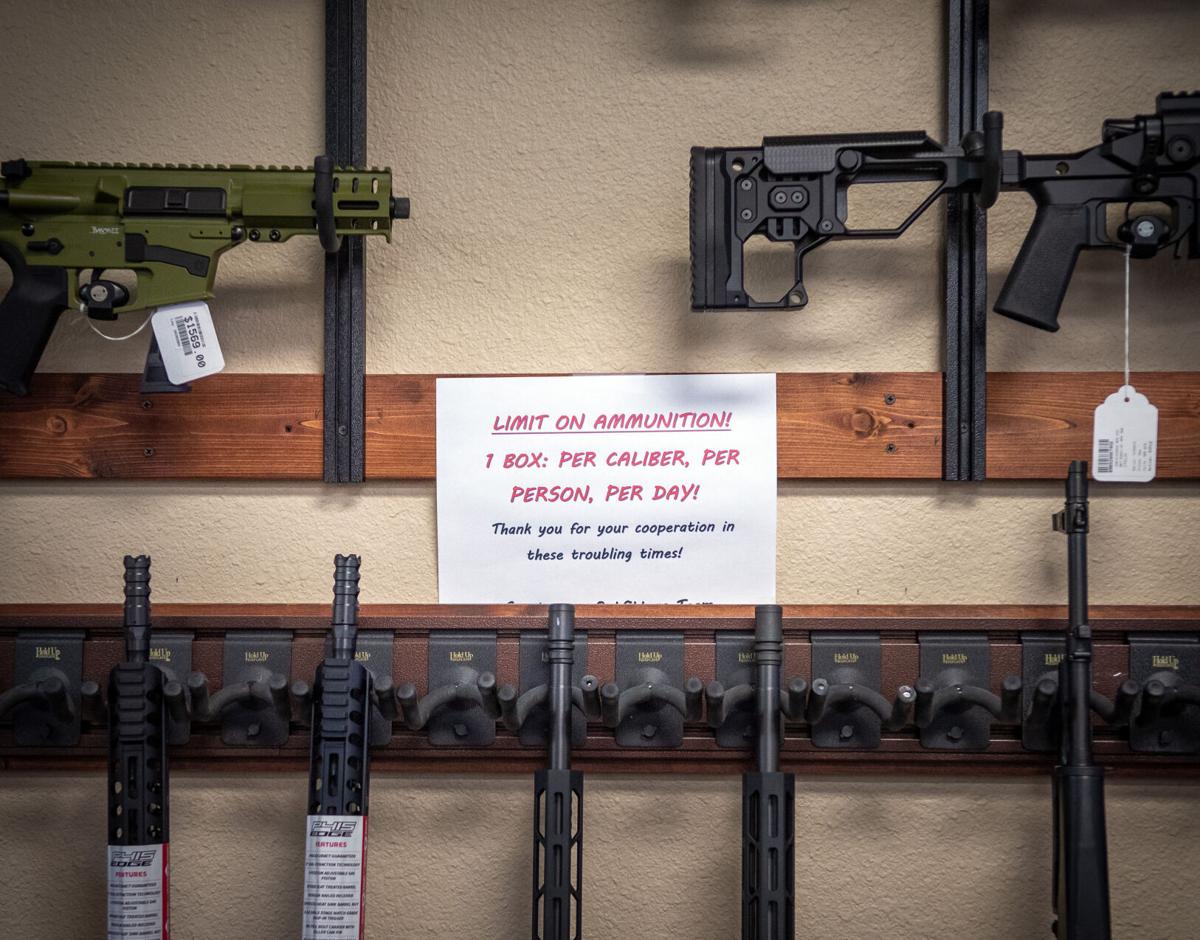 Sportsman’s Outfitters in Longview has limited ammo to one box per day, per person.

Jason Ybarbo of Dallas shops for reloading supplies at Sportsman’s Outfitters in Longview. Ybarbo, who shoots competitively, says he has had trouble finding supplies and often stops at stores when he is traveling to hopefully find items.

Sportsman’s Outfitters in Longview has limited ammo to one box per day, per person.

An ammunition shortage in East Texas and across the country may continue for the next year, area gun retailers say.

“We don’t have any supply to fill this demand in our area,” said Sportsman’s Outfitters Manager Rainie Tucker. “It’s all over the nation.”

The business on Gilmer Road in Longview has a fairly steady stream of customers come in asking about ammunition or ammunition supplies.

The once full shelves of ammo under cases with displayed firearms are almost empty. The only remaining boxes contain rounds that are more uncommon, Tucker said.

“Due to COVID, there had been a lack of people in the factories producing the ammunition,” Tucker said. She added that manufacturers may get supplies from overseas, so if anything is shut down there, it affects manufacturing. According to Tucker, 9 mm ammunition is almost impossible to keep on shelves.

“During hunting season, everything hit us hard,” Tucker said. “People who are scared they won’t have any ammo, they’re stocking up. Some buy whatever they can get and turn around and sell it, which is in my opinion not right. People profit off of fear.”

There also is a shortage of reloading powder, primers, shells and more.

Jason Ybarbo of Dallas was looking for reloadable ammo supplies Tuesday afternoon at Sportsman’s Outfitters. He said he is a competitive shooter and has traveled to about 10 stores with little luck.

The shortage has been a problem for almost a year, beginning with cities across the country issuing COVID-19 stay-at-home orders in March. Gun sales took off during the pandemic and into the summer with social justice protests.

On top of that, data suggest firearm sales often spike around presidential election years, when concerns are high that a new administration could change gun laws.

And in the first week of January, the Capitol riot in Washington, D.C., spurred another surge, retailers said.

The Associated Press reported in early February that gun sales hit a historic high in January, as gun dealers across the country sold more than 2 million firearms.

According to the National Shooting Sports Foundation, the increase in sales marked the biggest-selling January on record. The FBI also reported 4.3 million firearm-related background checks.

It’s an issue of supply and demand.

“The fact that manufacturers don’t have the product to send out and the demand is higher,” Tucker said.

She noted that her business’ cost has gone up as well, but she has seen some price gouging across the country.

Some manufacturers are just making ammunition for civilians and still have orders to fill for military and first responders who get priority, Tucker said.

“It’s to keep us safe,” she said. “They need it more than we do, more than civilians.”

David Cravey, partner/manager at Superior Outfitters, said the government is not buying up ammo to hoard.

“Law enforcement and military consistently buy ammo for their needs, and there’s no increase there,” he said.

Superior Outfitters, which has a location on North Fourth Street in Longview and one in Tyler, has seen an increase in gun sales and new gun ownership in the past year.

“Those new gun owners have also contributed to the ammo shortage,” Cravey said. “Basically, as a company we are doing everything we can to get as much ammo to meet demand as possible, through it might not seem like it because we don’t have any. We spend all day, every day looking for it.”

Cravey said he has been hearing from the manufacturers that “they are operating at full capacity” and it may take a year to return to normal.

“The issues have been the increase in demand due to the political environment and people wanting to be able to have the ability to defend themselves,” he said.

Tucker and Cravey said they have noticed a tendency to “hoard” ammunition and some “panic” purchasing similar to the 2020 toilet paper shortages because of the COVID-19 pandemic.

“In other politically motivated rushes on firearms, we have seen shortages, but this one seems to be longer term,” Cravey said. “As a shop, we literally buy every bit of ammo offered to us, but we are just not getting it in as often.”

Tucker said the frustration of customers has been tough, resulting in negative online reviews for a supply issue that is beyond the store’s control.

“We’re limiting ammunition purchases to one box per customer,” Tucker said. “It’s like a frenzy.”

The limit on ammunition has been difficult for some customers, she said. Some have even become hostile.

“I just want people to be aware of the ammo shortage,” Tucker said. “I would encourage people not to just order thousands and thousands of rounds. Let it disperse it to women in need of handgun ammunition for their protection and hunters to go out and actually do what they enjoy and for our police and law enforcement to have ammunition to practice with because our lives depend on it. It’s not just for hoarders.”