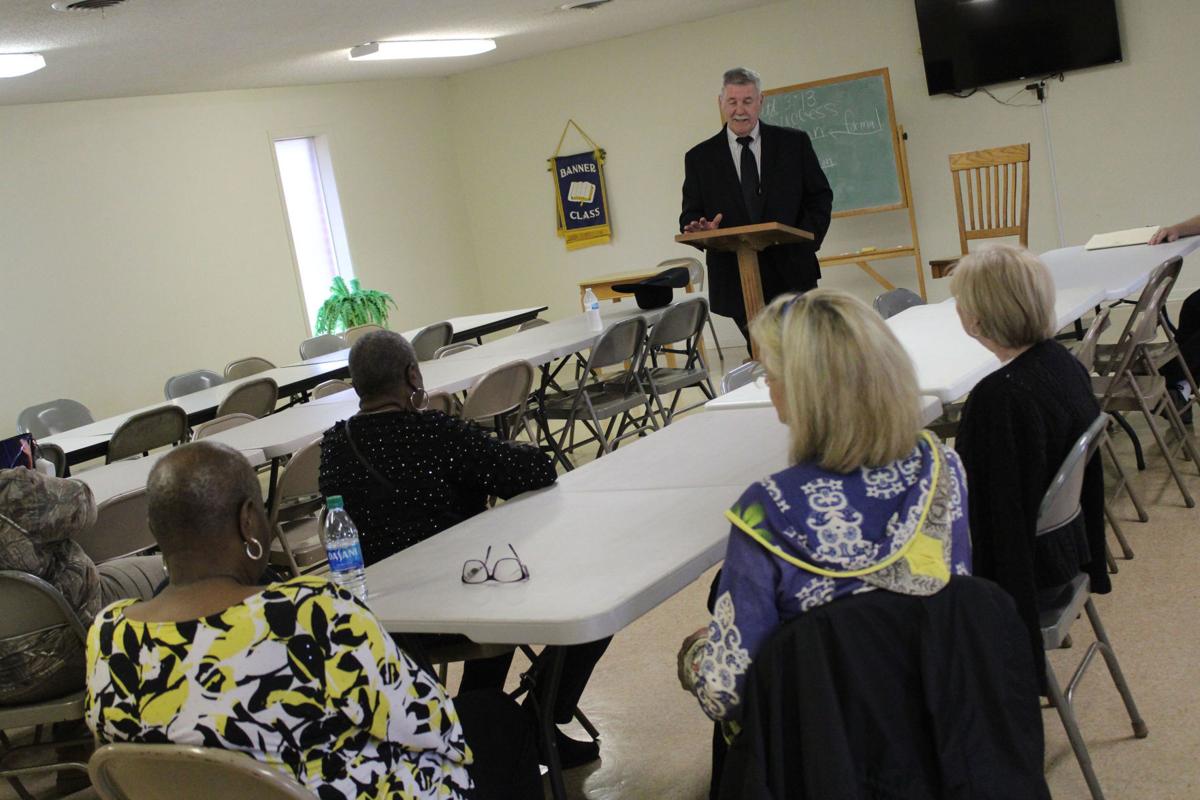 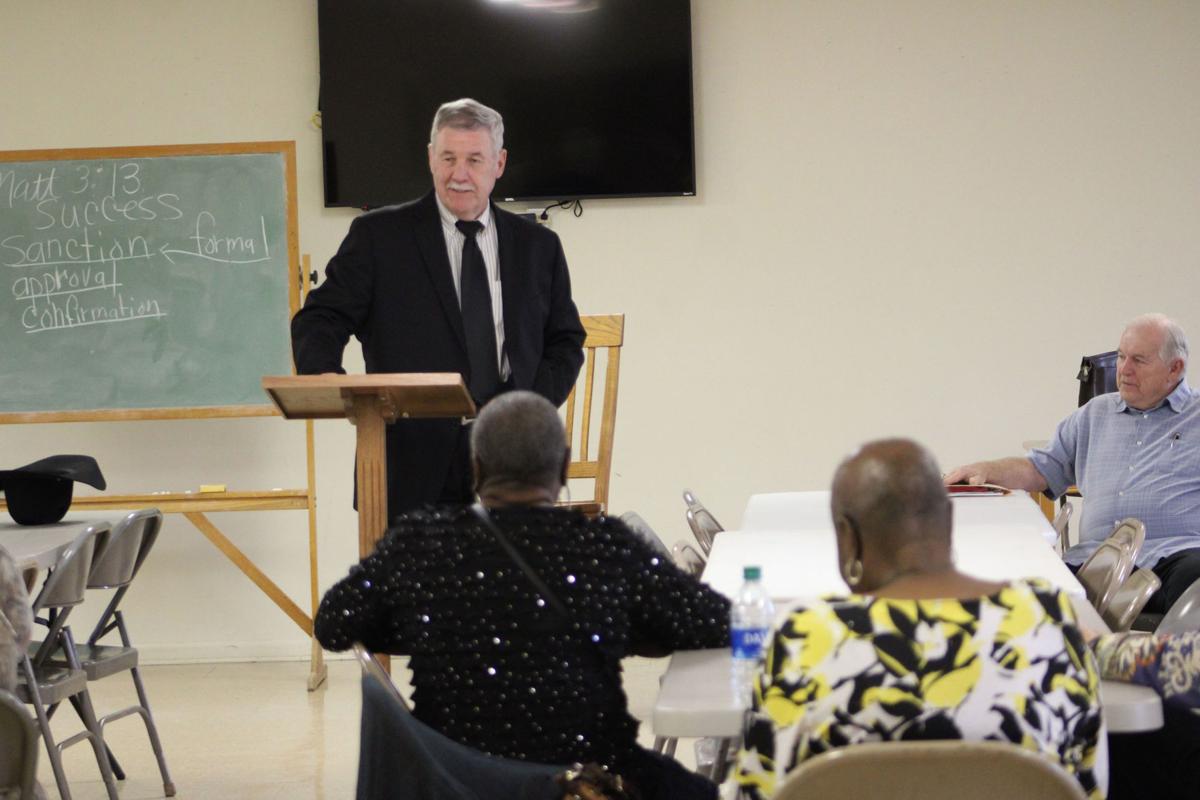 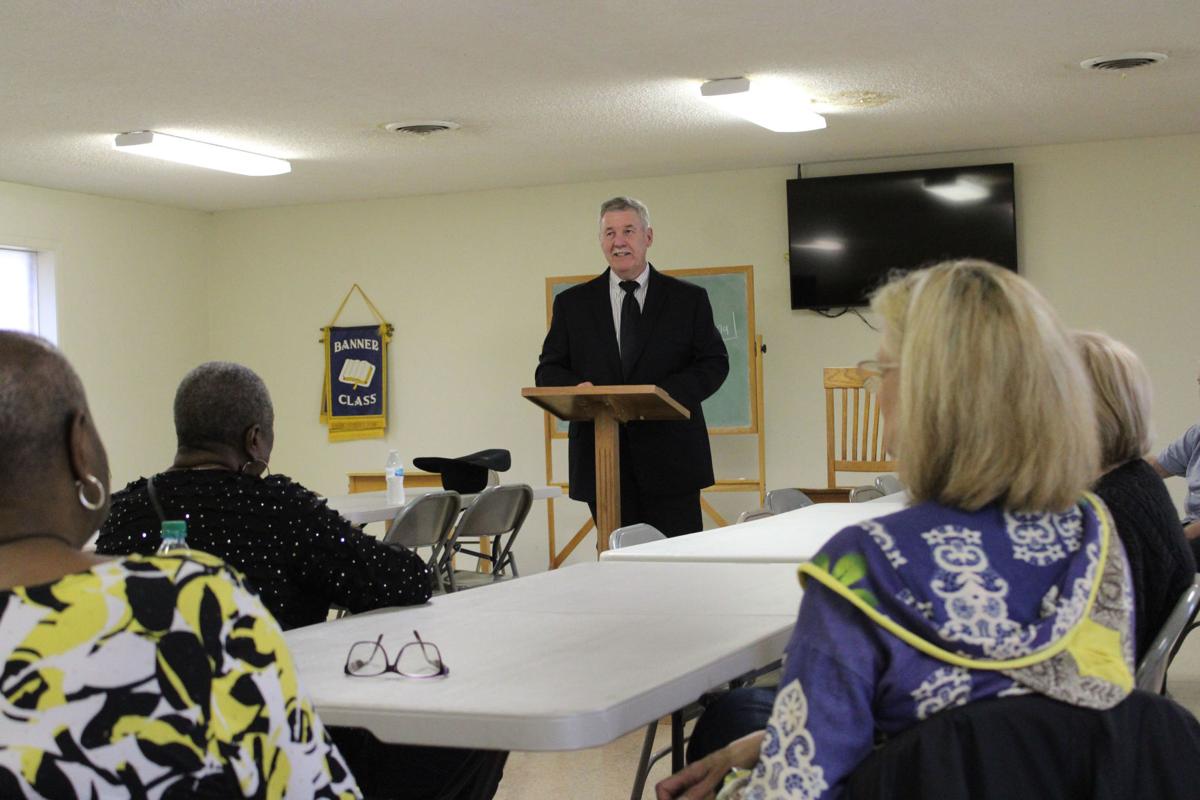 Hank Gilbert describes himself as a fiscal conservative Democrat — and that mix of ideas is something he’ll take to Congress if he defeats U.S. Rep. Louie Gohmert in November.

Gilbert says he plans to work for his constituents and champion policies and legislation that will benefit East Texas first and foremost, not party politics.

“I’m running to be your representative,” Gilbert said. “That means I’m running to be your voice in Washington, and I want to know what the people want done in Washington... I’m going to support any legislation proposed by any member of Congress, Democrat or Republican, that helps the constituents in my district. If it doesn’t, I don’t care who proposes it, which party, I’m going to fight it tooth and nail.”

Gilbert, a Tyler rancher and businessman, stopped by the Panola County Democrat Club on Monday evening to pitch his ideas to community members. It’s one of several community events he is planning in Panola County as his campaign continues.

Gilbert graduated from Texas A&M and taught high school agriculture for many years. In addition to his carpet cleaning and water restoration business, as well as his ranch, Gilbert runs Karla Joy’s Resale, a nonprofit that works with the East Texas Crisis Center to help furnish new homes for women in need in East Texas.

Gilbert ran for state agriculture commissioner in 2006 and 2010 as a Democrat, garnering 36 percent of the vote in the most recent race to then-incumbent Todd Staples’ 61 percent.

“We’ve got a congressman that’s on his 16th year, and you would think being there that long, that he would have garnered some type of leadership role at least within his party if not in Congress as a whole, and he hasn’t,” Gilbert said. “Because he’s not a leader, he’s a follower.”

Gilbert’s campaign platform focuses on improving healthcare, noting that Texas has lost 19 rural hospitals in the past three years — four of which are in Gohmert’s district. He also wants to improve infrastructure in terms of rural broadband access and cell phone service — because a lack of these things is a major reason why industries choose urban areas over East Texas.

“Talking to industry leaders and things across the state and across this country, one thing that’s preventing them from coming to East Texas is infrastructure and rural healthcare,” he said.

Gilbert plans to introduce a term limits bill, saying he doesn’t believe anyone should serve longer than the President. Installing term limits means a constant turnover of people and ideas, Gilbert said, which spurs innovations.

And on Monday, he told community members about his proposal to provide two years of college or training to students. His school debt plan would also provide government-backed student loans that include no interest and can be paid back within 30 years for the last two years of college.

The benefits of investing in students outweigh the costs of the program, Gilbert said.

“If you stop and think about it, we’re going to invest $15,000 or $20,000 in an individual to go get their RN or to go get welding certification or to become a licensed plumber or electrician or any number of trades that we’re short of not only in Texas but all over the United States,” Gilbert said. “Once they graduate, there’s not a single one of them get out that’s going to making less than $25 an hour...

“Make that small investment. How long is it going to take before that investment’s recouped?” he said. “When they have to start paying taxes? Within the first five or six years, they would have paid all that money back so the next 35 years is all profit for this country, which just strengthens our economy.”