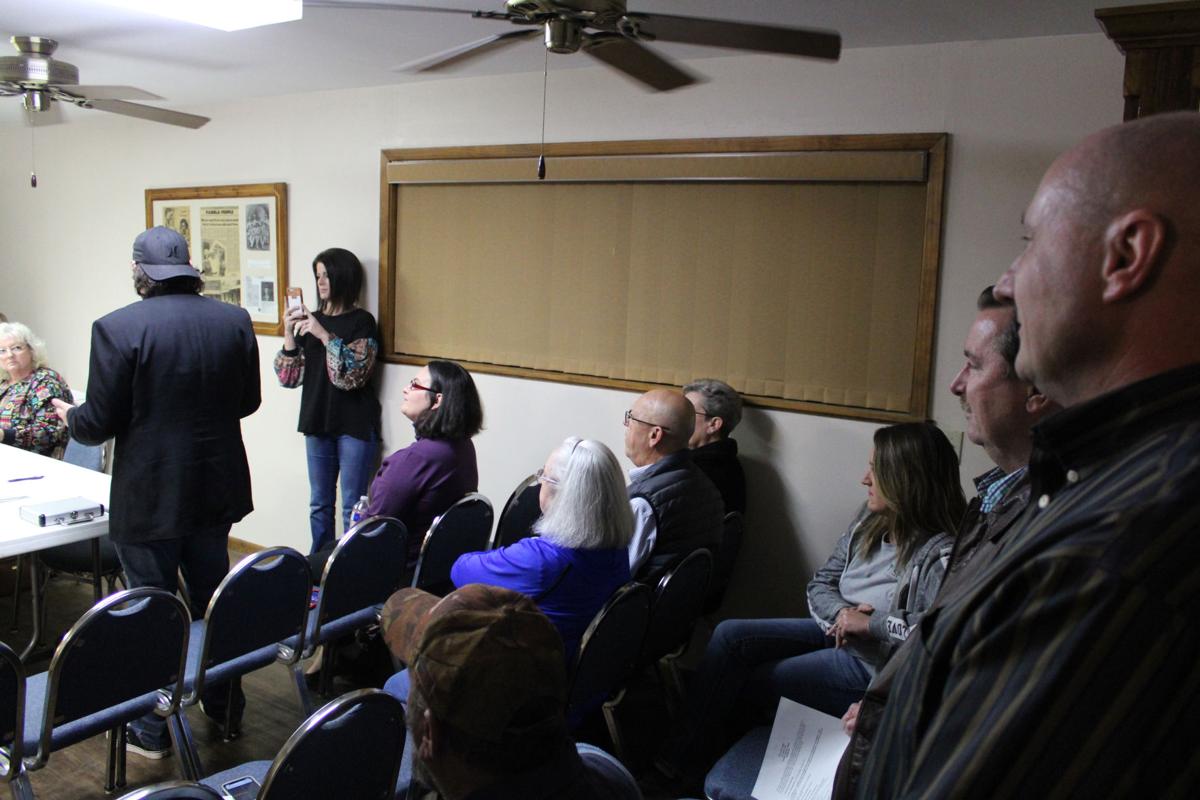 Representatives from Right to Life East Texas and East Texas Right to Life visited the Gary City Council Thursday night to urge members to approve an ordinance outlawing abortion within the city. 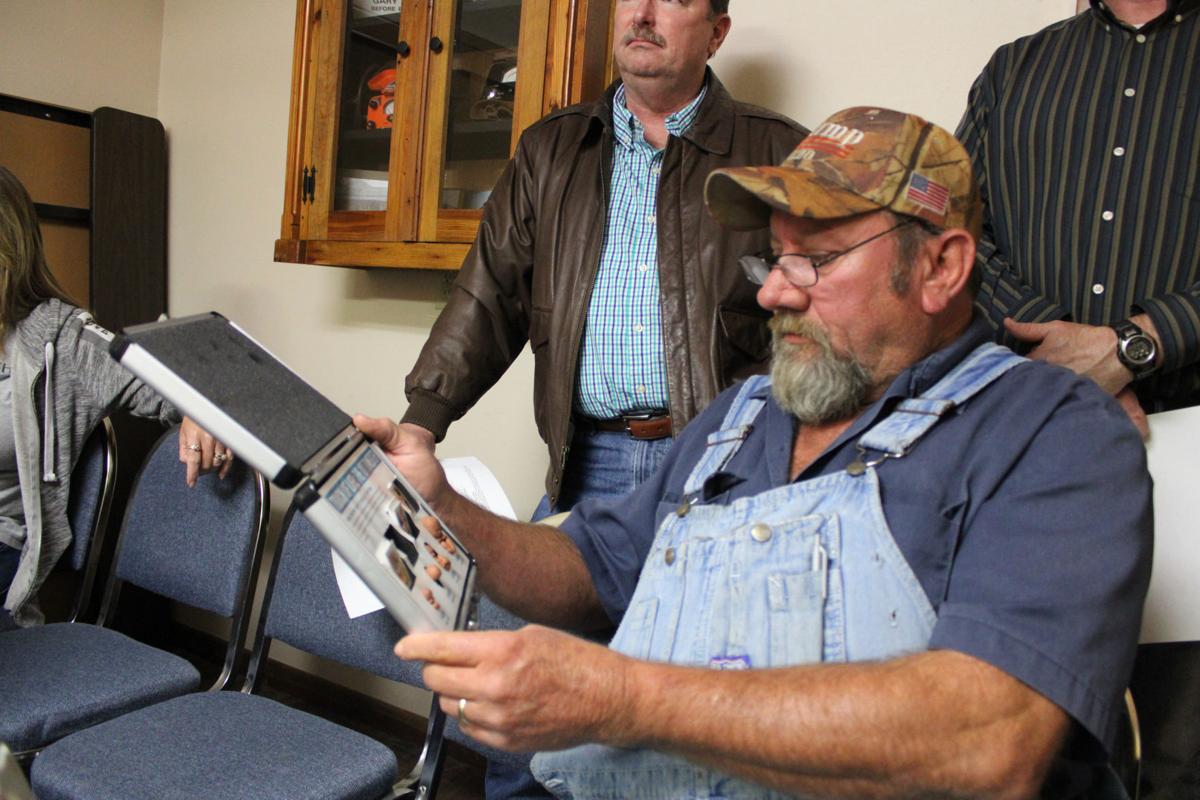 A Gary citizen looks at a life-size model of fetuses at different stages that was passed around at the beginning of the meeting. 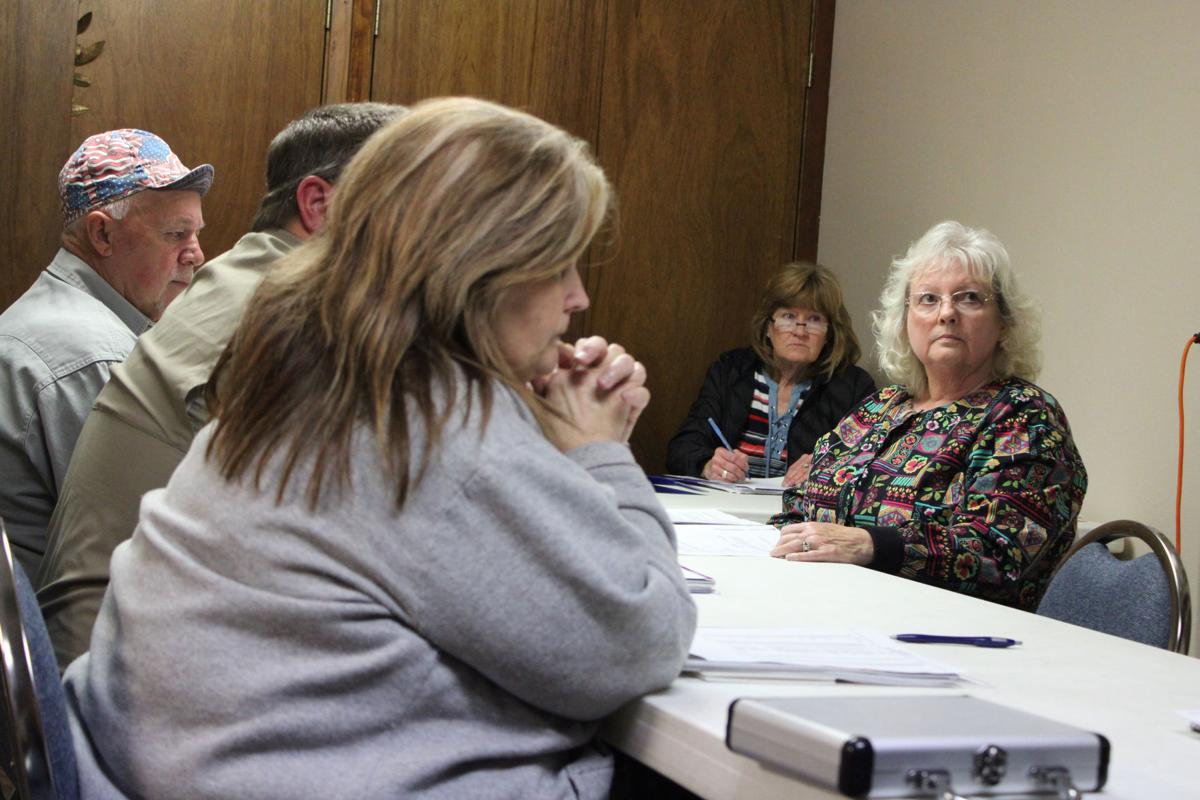 Representatives from Right to Life East Texas and East Texas Right to Life visited the Gary City Council Thursday night to urge members to approve an ordinance outlawing abortion within the city.

A Gary citizen looks at a life-size model of fetuses at different stages that was passed around at the beginning of the meeting.

The Gary City Council approved a motion at their Thursday meeting to ban abortion and the selling of emergency contraception within the Gary city limits.

The city council and community members who gathered for the meeting listened to a presentation by Right to Life East Texas Executive Director Mark Lee Dickson urging members to adopt the resolution to ban the practice of abortion and aiding and abetting abortion alongside the sale and providing of emergency contraception within the city of Gary.

Dickson stressed the importance of this measure because of the possibility of the abortion industry shutting down in Louisiana.

“We know that if the abortion industry shuts down in Louisiana, there has been talk in the past of them just crossing the border,” Dickson said. “There are two border cities that we know for sure were a target at one time, and two cities have already along the border passed this ordinance, and other cities throughout Texas because we want to make sure all of Texas is safe.”

Although the ban was passed, the ban is not publicly enforceable unless the Supreme Court overturns its decision on Roe v. Wade, because that law, and the later Casey v. Planned Parenthood decision, makes it unconstitutional to totally ban abortion. The ordinance itself states that “neither the City of Gary, nor any of its officers or employees, nor any district or county attorney, nor any executive or administrative officer or employee of any state or local governmental entity, shall take any steps to enforce this ordinance against a person or entity that commits an unlawful act described in Section C, unless and until the Supreme Court overrules Roe v. Wade... and Planned Parenthood v. Casey ... and permits states and municipalities to once again enforce abortion prohibitions.”

Dickson argued that the city has a right to ban abortion even though it is legal.

“Throughout cities and our country, there’s a lot of things that are outlawed that are legal, quote unquote,” he said. “Engine breaks in certain cities, no engine break in this city. Well, that’s a legal action, but it’s prohibited in some areas. California... look at what they’re doing, they’re banning straws in certain cities, plastic straws. They’re banning cigarettes; in some areas we have cities that have said no selling cigarettes at all. And so outlawed smoking, etcetera. And so all these things prohibiting something, it’s what cities do, and they do it, why? To protect the health, welfare and often the sanity of their residents.”

Dickson said that there is nothing in Roe v. Wade or Planned Parenthood v. Casey that says every city in the United States has to offer abortion services or has to be able to have an abortion clinic in their jurisdiction, and that the abortion ban is in line with pre-Roe Texas statutes that are still on the books prohibiting abortion, which would come back into affect if Roe v. Wade is overturned—an event Dickson is expecting to happen.

Despite public enforcement of the ordinance not being legal unless Roe v. Wade is overturned, the ordinance asserts that private enforcement is actually legal and not dependent on Roe v. Wade being overturned. Therefore, any family member of an aborted child can sue the abortionist for the death of the child through a private lawsuit, Dickson said.

“So the idea here is this is a two part deterrent mechanism that no abortionist is going to want to come into a city and perform an abortion if at a later date he can be fined $2,000,” Dickson said. “But if he’s really confident that Roe v. Wade would never be overturned, well, he’s not gonna do abortions here anyway because who wants to go into lawsuit after lawsuit after lawsuit with every family member who wants to sue him for the death of a child.”

The ordinance had support from those attending the meeting, and Dickson said that they have had many people from the city of Gary sign an online petition in support of the ordinance.

“This is an opportunity for us to rise up as cities and do what’s right and make sure to join the growing numbers of cities that are saying that this isn’t going to happen in our city,” Dickson said. “...if abortion is shut down in Louisiana, then we’re going to see the abortion industry in the Dallas area shift to East Texas because they’re looking to serve as a 200 mile radius. East Texas is going to be servicing everyone between Dallas and Jackson, Mississippi if that’s the case because we’re now going to be the center point because Louisiana will be out of the picture.”

Amy Blackwell with Right to Life of East Texas urged members of the city council to have courage.

“No matter what threats or scare tactics may come your way, it is always right to do the right thing, and God will bless this town, its people and you, city leaders, for standing up for all of his creation,” she said.

Panola County GOP Chair Nicole Tarpley gave both an emotional and a scientific plea for the passing of this ordinance, telling council members that she has a background in labor and delivery.

“I have held a little baby in my hands that was a miscarriage, 15 weeks. I could see the heart. I could see everything, the eyelids, the fingers, everything, and it broke my heart, and I consoled that women that had to have the baby die,” Tarpley said. “Having an abortion, with people who really want to have babies, I cannot imagine somebody saying ‘this is an inconvenience to me, I’m going to go ahead and kill this baby,’ when another person wants one, can’t have one or has a miscarriage. Now knowing that Roe v. Wade said that it’s not a life when they passed their law. They didn’t have the medical science back then to tell you that it was a life. ... Now we have medical science that says you are definitely alive. A person that is without heartbeat in a hospital, they’re not dead until their brain activity is dead. Five weeks, between 40 and 45 days is when you actually have brain waves and nerves. Eight weeks you have heartbeat. That baby is alive usually before the woman actually knows that they are pregnant.”

The Gary City Council completed a second reading of the ordinance alongside a third reading, passing the motion to outlaw abortion, aiding and abetting an abortion, and the sale and distribution of emergency contraceptives in the city of Gary. Member of the community expressed their support and thanks to the city council for approving the measure.

In regards to the future, Dickson said they are also working on country ordinances of the same nature.

The Carthage City Commission is set to discuss a proposed ordinance at its next meeting that would, chief among its points, outlaw abortion wi…