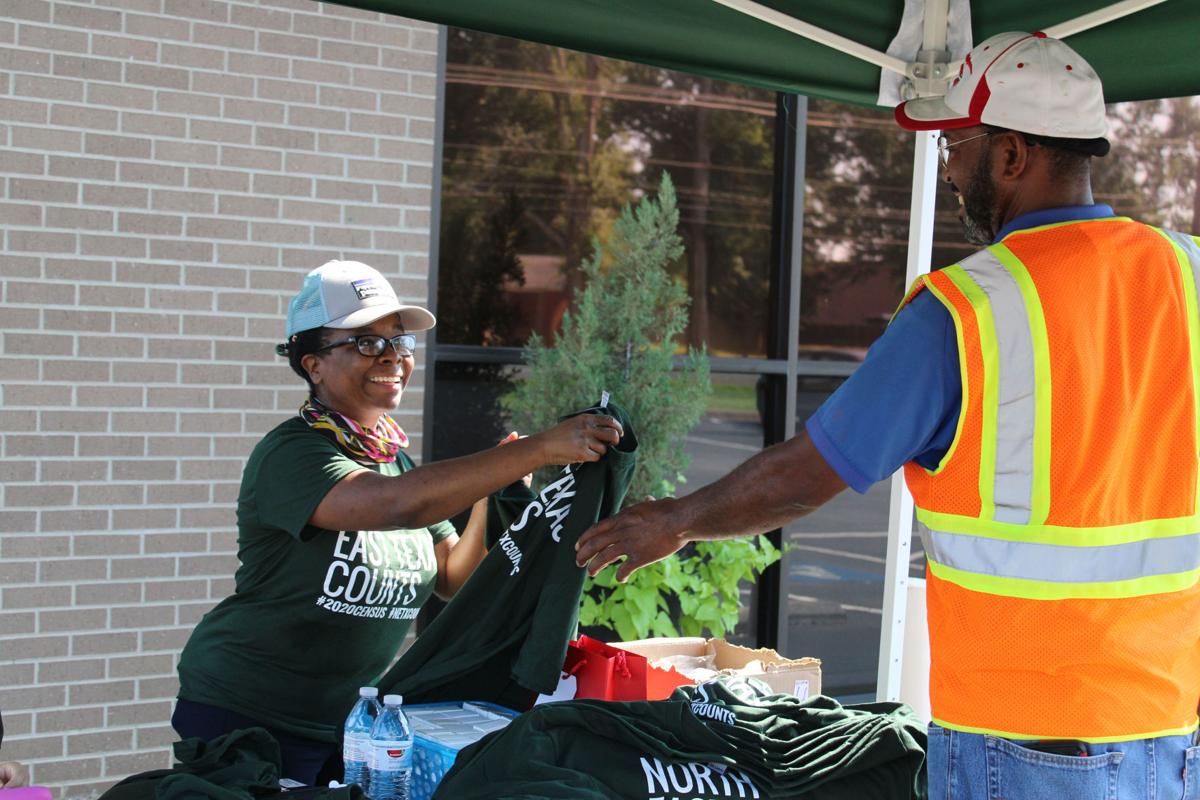 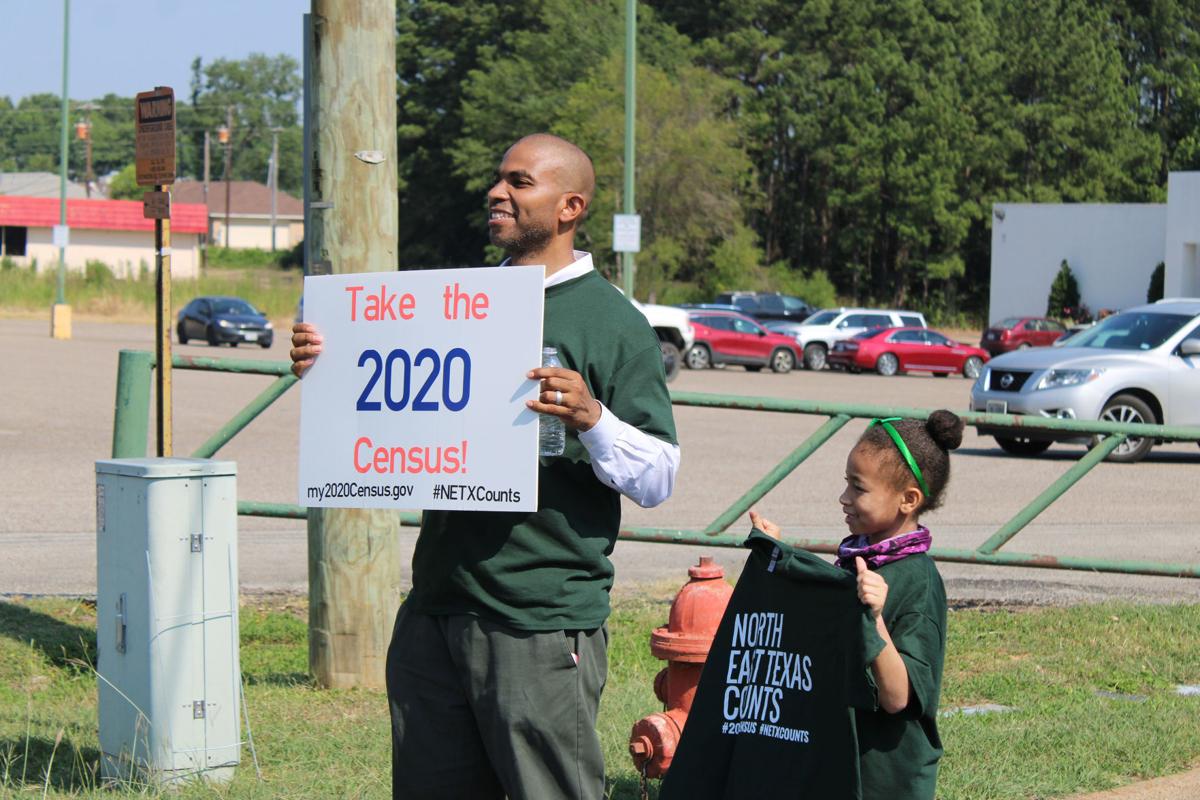 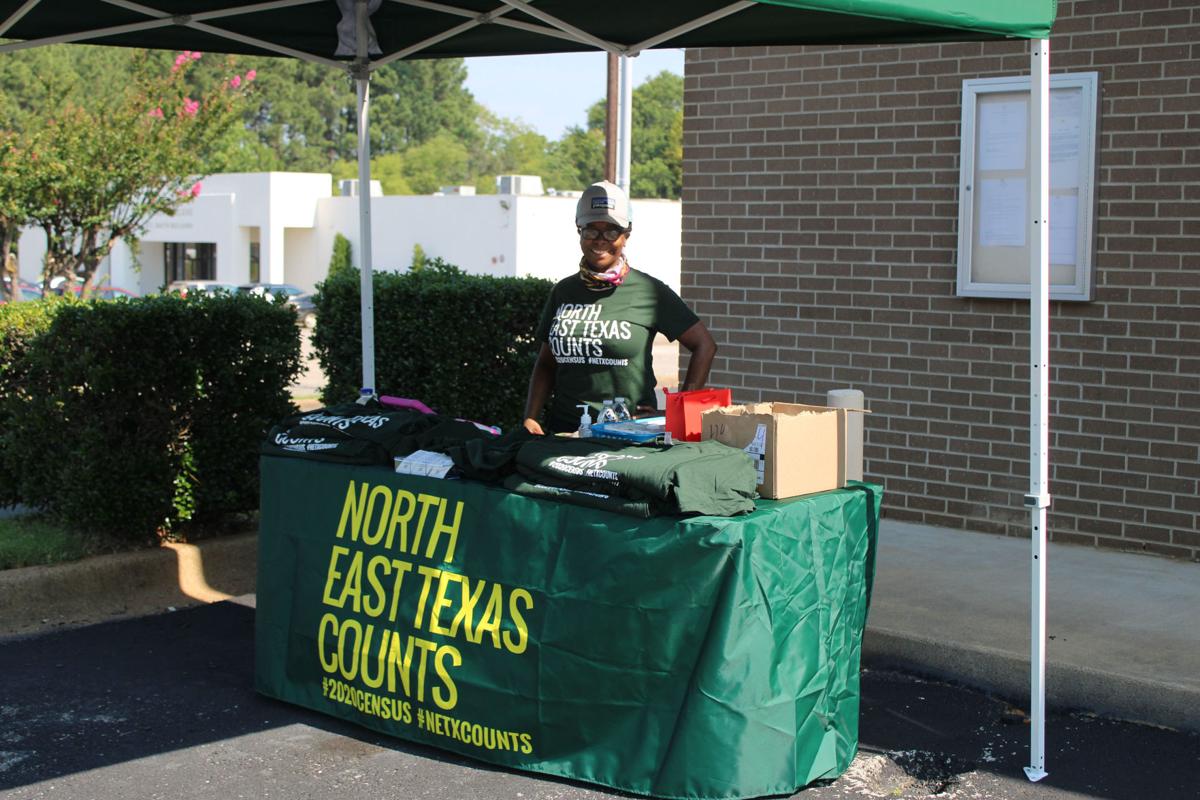 Edwards has been promoting the census in Panola, Shelby and Rusk Counties. Tuesday morning she, her husband and her daughter had a booth outside Carthage City Hall to meet with people and tell them how and why they should fill out the census.

“I’m promoting the census to make sure that our under counted populations, like Shelby, Rusk and Panola, are counted on the census because historically we haven’t received the numbers that we ought to.” Edwards said. “So it’s important now more than ever to receive that funding because especially with healthcare and schools, we want to make sure that our children have adequate access to education and also our older population in Panola County has access to adequate healthcare.”

Filling out the census is easy, Edwards said. There are three options: by mail, phone, or online. It only takes 5 to 10 minutes.

“Everyone received a mailing, so no matter if they live in a house, apartment, no matter what they received a mailing. If they did not receive a mailing, they have the option of taking the census online and reporting their living establishment. The census is even for individuals who live in established housing or even individuals who are homeless,” Edwards said. “It’s important for everyone to be counted.”

After holding a pop-up event in Beckville before the one in Carthage, Edwards said the city saw a one-week increase from 12.7 percent to 28.6 percent completed surveys, exceeding the 2010 census overall completion for Beckville.