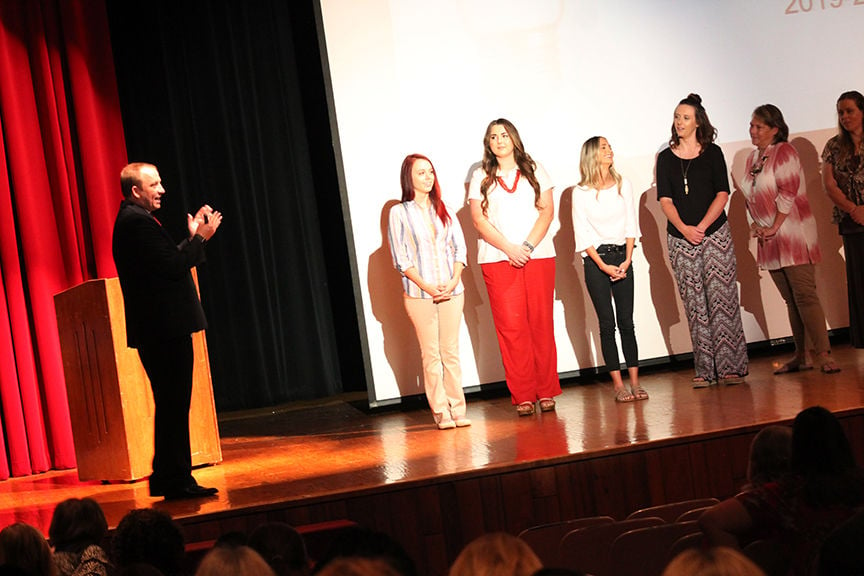 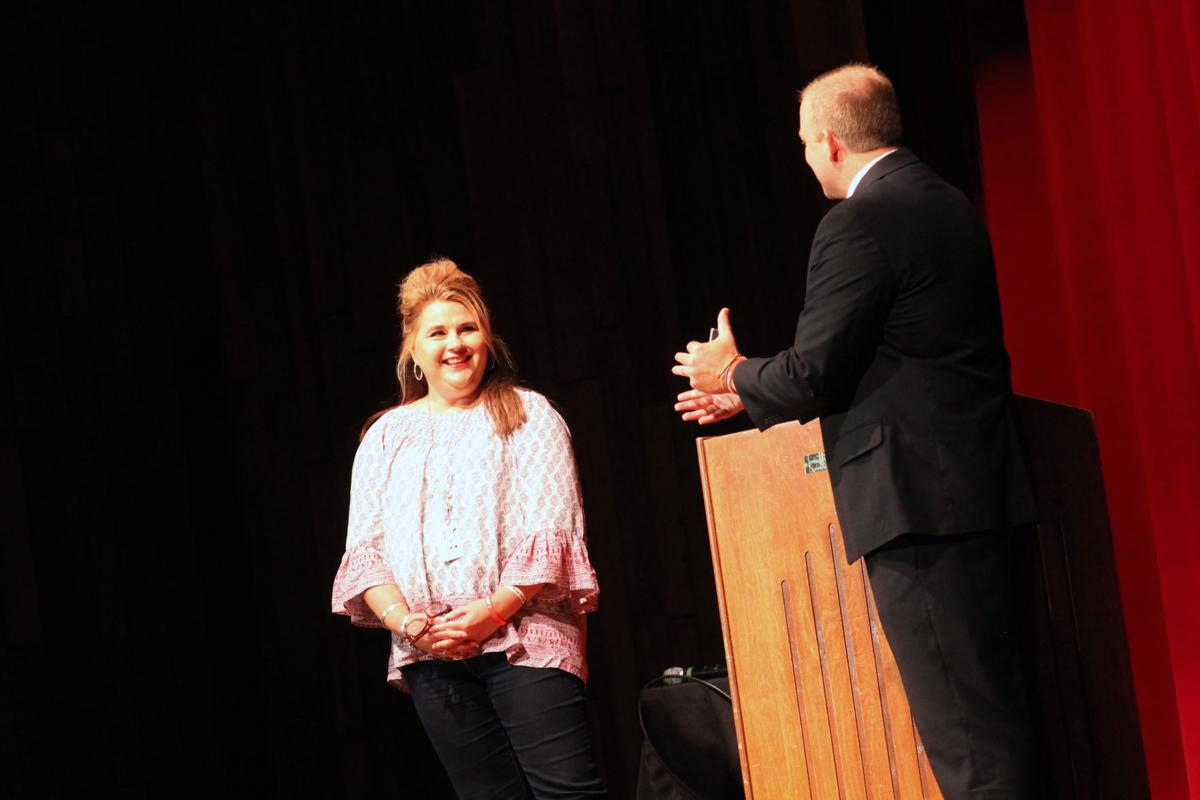 Carthage ISD Superintendent John Wink celebrates Tammie Evans, left, for being named the Region 7 Secondary Teacher of the Year at the district’s convocation on Monday, Aug. 12, 2019. 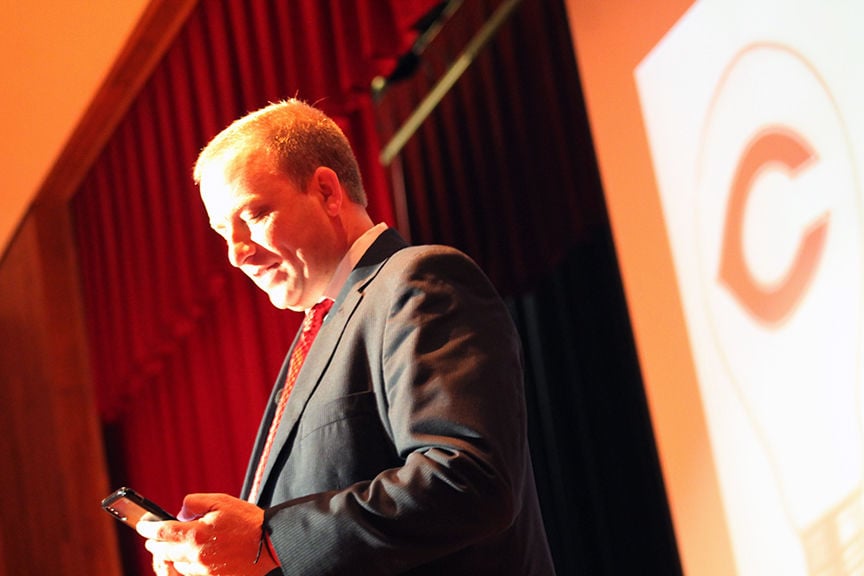 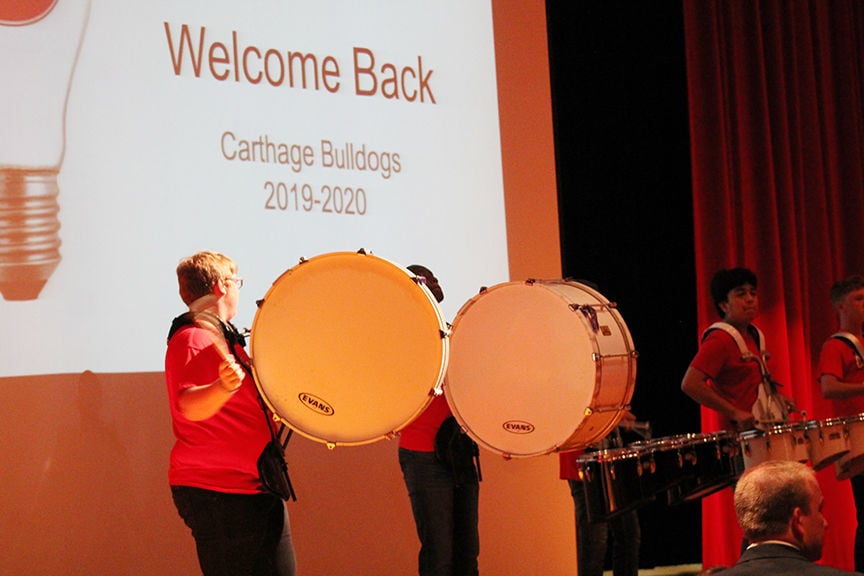 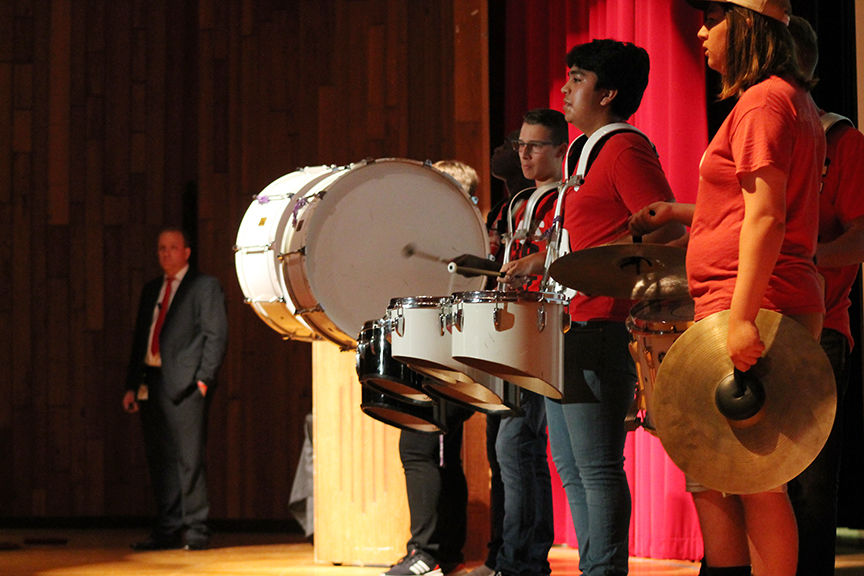 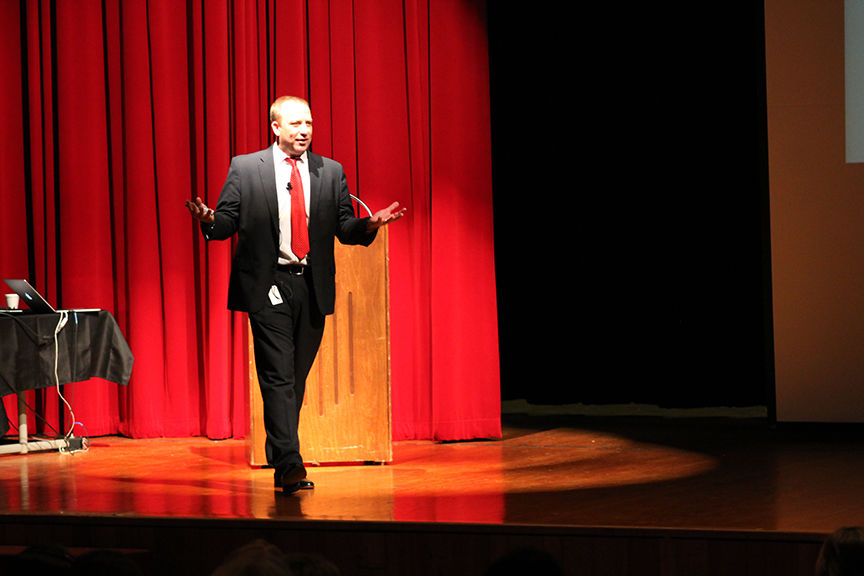 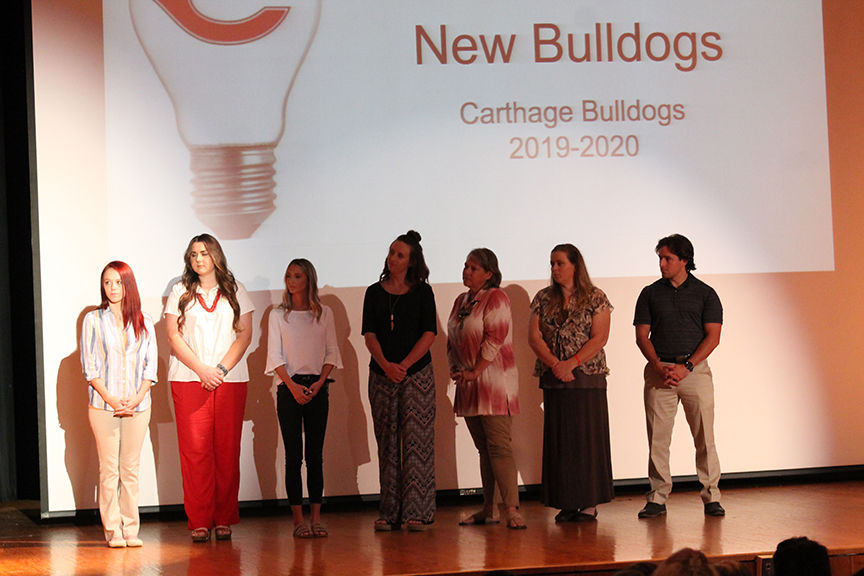 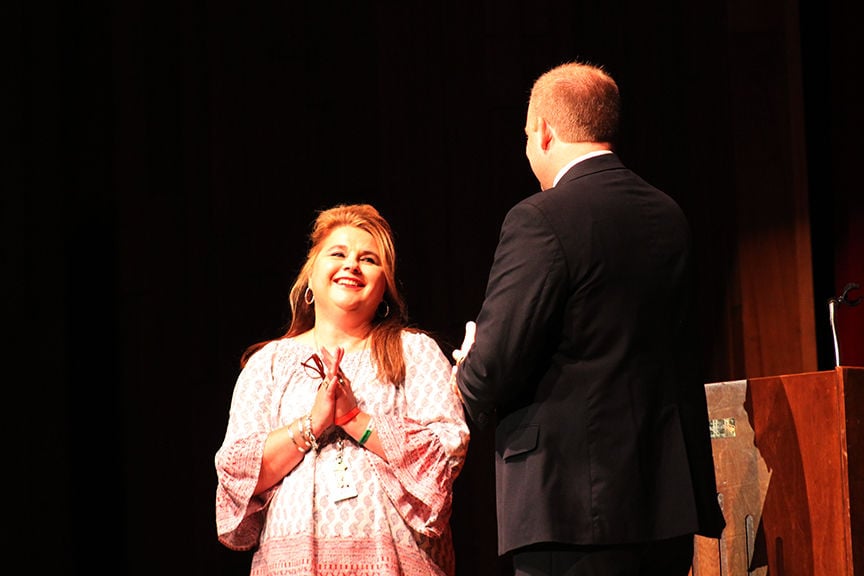 Carthage ISD Superintendent John Wink celebrates Tammie Evans, left, for being named the Region 7 Secondary Teacher of the Year at the district’s convocation on Monday, Aug. 12, 2019.

The State of Texas has started grading school districts on the letter system, assigning them A-F scores based on performance on, among other factors, STAAR test results.

But Carthage ISD Superintendent John Wink told teachers Monday at their district’s convocation that their goal this year was not a laser-like focus on STAAR results. He wanted them to focus on excellence — and to create a school environment that would promote support among educators and meaningful learning relationships with students.

“A-F has a problem. It’s missing a letter. It’s the letter E,” Wink said. “What we need to be striving for is not being the best on a standardized test. We need to strive to be excellent in everything we do.”

Teachers gathered at Carthage High School all day Monday to prepare for the upcoming school year, which starts Aug. 19. A keynote speech from Wink about the district’s accomplishments last year and his hopes and goals for this year was followed by break-out groups to learn things like new curriculum, a new lesson planning system and more.

During his speech, Wink praised STAAR results this year that showed gains against state and region results. He talked about new initiatives, like the Champions Closet, which offers clothes and laundry facilities to students in need. He also welcomed the district’s newest teachers and praised Tammie Evans for being named the Region 7 Secondary Teacher of the Year.

“I’m very excited about what this year has in store,” he said.

Evans is an example of excellence, Wink said.

“If you know Tammie Evans, she does the little things that we don’t think to because they just hit her. She is a wonderful educator, and she is the Region 7 Secondary Teacher of the Year,” he said. “Mark the calendar. Be watching Facebook. I have a sneaking suspicion that this amazing person is going to be the Texas Secondary Teacher of the Year.”

When Evans demurred at that possibility, Wink told her “I’d vote for you!”

Wink encouraged teachers to have “2020” vision.

“You gotta have a laser-like focus on every kid beginning on the first day,” he said. “That’s why over the last two days we were very structured in our approach of what we want us to do as a team so we can make sure that every kid gets a fresh start on the first day of school.”