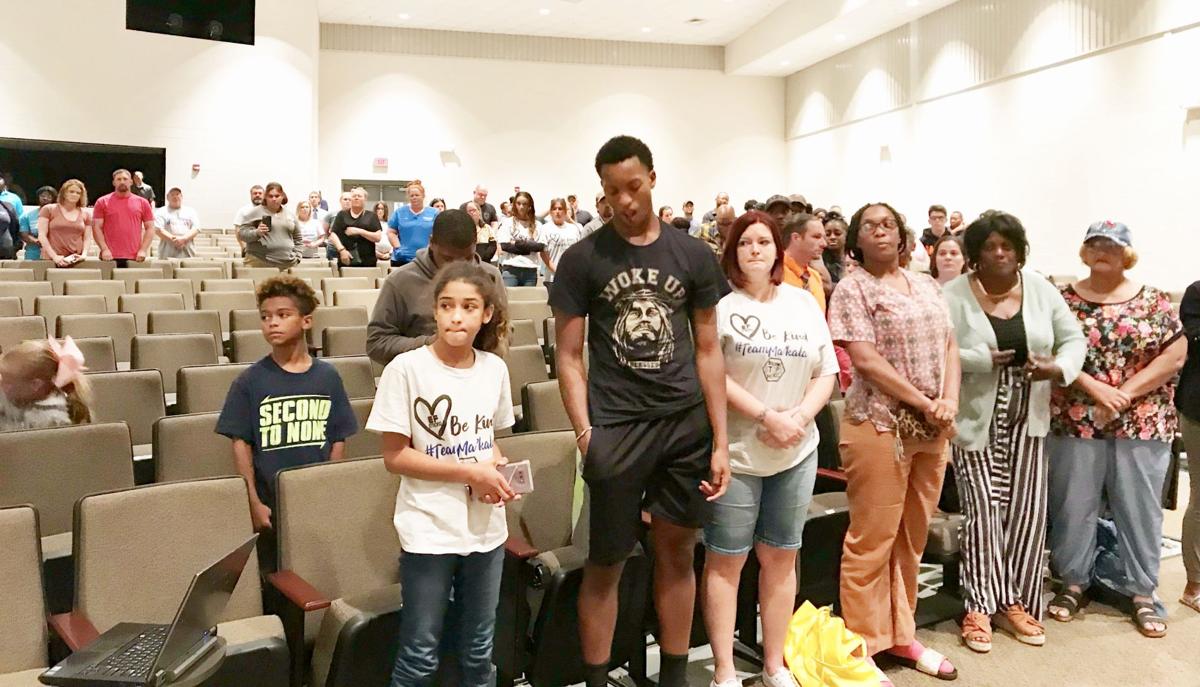 Those in attendance stand to voice their concerns for bullying at the district at Monday’s Elysian Fields school board meeting. 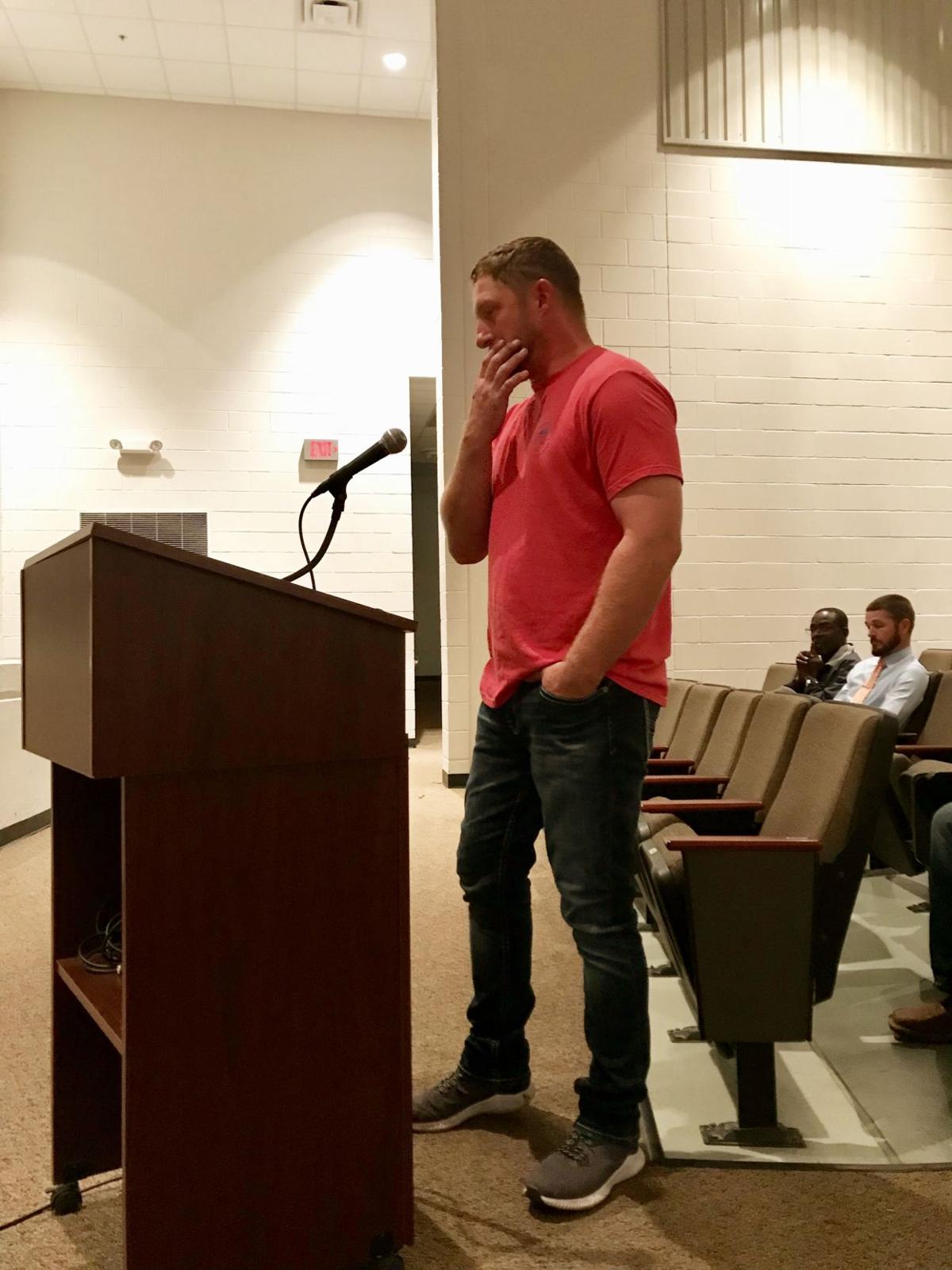 Parent Jason Morgan speaks about bullying at the district during a trustee meeting on Monday. 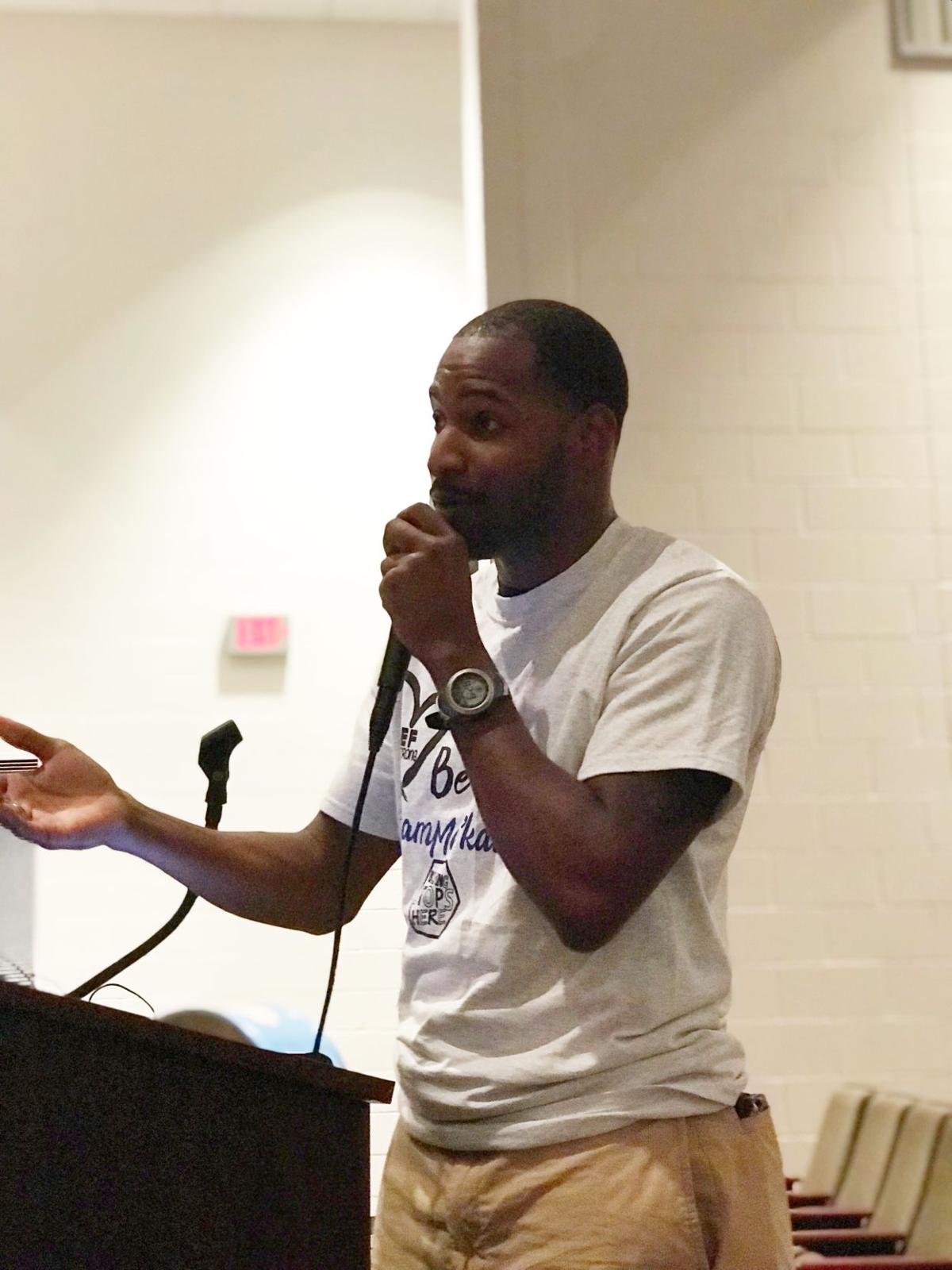 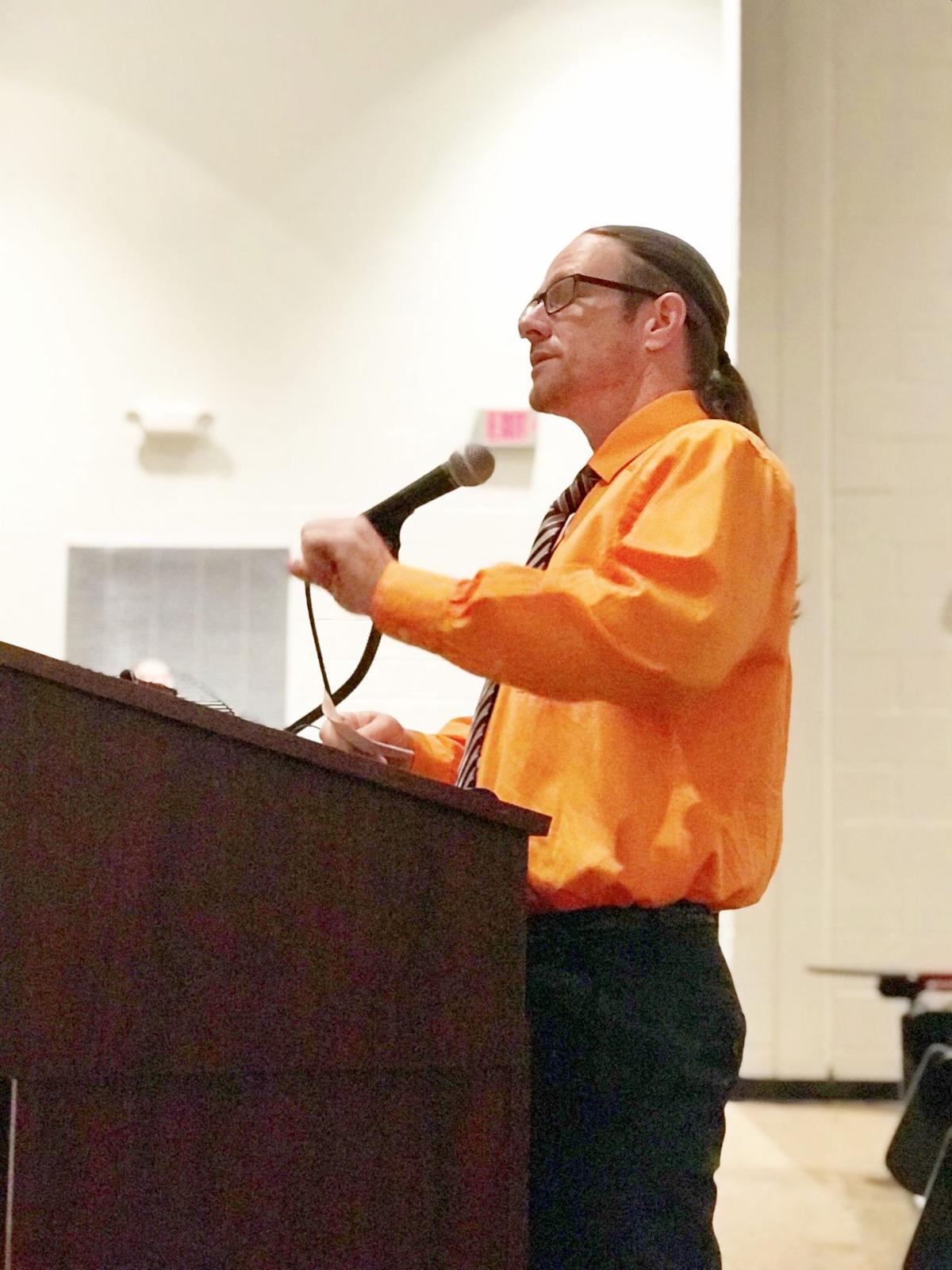 Roger Penn Jr. speaks about the bullying of his Elysian Fields ISD student during a trustee meeting on Monday.

Those in attendance stand to voice their concerns for bullying at the district at Monday’s Elysian Fields school board meeting.

Parent Jason Morgan speaks about bullying at the district during a trustee meeting on Monday.

Roger Penn Jr. speaks about the bullying of his Elysian Fields ISD student during a trustee meeting on Monday.

ELYSIAN FIELDS — Elysian Fields ISD trustees on Monday had to move the school board meeting’s location after about 50 parents and community members showed up to voice their concerns about bullying in the district.

The concerns on Monday were prompted after the death of an Elysian Fields Middle School sixth grader last month. The death is being investigated as a suicide by Panola County Sheriff’s Office, and several neighboring school districts wore orange in support of Elysian Fields ISD and the student following her death.

“My kids have been bullied,” Parent Jason Morgan said during the public comment portion of the meeting. “I want them protected. If they fight back or defend themselves, they get in trouble but nothing happens to the bully.”

After moving the meeting to the high school auditorium on Monday, less than a handful of attendees decided to stand and speak about their concerns. Each of them addressed bullying on the district’s campuses — of their own children and of the late student. Morgan said after the sixth-grader’s suicide last month, and the bullying of his child, he’s fearful for their safety.

“My wife and I are scared,” he said. “What happened with her hit home.”

Following the comments Monday, Superintendent Maynard Chapman said the concern of the parents is understood and the district is addressing bullying across the campus.

“I heard a lot of concern tonight and there are a lot of things I can’t discuss, but we are trying our best to make sure every parent understands that we are doing everything we can to keep their kids safe,” Chapman said. “I went and met with all of the sixth-, seventh- and eighth-graders last week. I talked to them about how to report bullying by talking to a teacher a counselor, an administrator, anyone.”

The district’s bullying report process is also listed on its website at www.efisd.org.

Chapman said the district also has a motivational speaker coming in next week to speak to all grade levels at every campus across the district about bullying.

“The speaker will meet will spend a full day on each campus, meeting with each grade level, then breaking in to small groups,” District Spokeswoman Monica Simmons said Monday. “They will be here the entire week.”

Simmons also said the sixth grade held a private memorial on campus recently in remembrance of their former classmate.

“Waskom ISD brought over a plant in her honor and it was planted in the elementary garden,” she said.

Board President Harold Coburn said during Monday’s meeting that he too has lost a child and his heart, along with the rest of the board and district administrators, breaks at the loss of their recent middle school student.

“My heart breaks for the family that lost their child,” he said. “It breaks my heart.”

Coburn was called out during the public comment portion of the meeting for a recent Facebook comment he made in response to some community members’ calls for the student bullies at the district to be publicly named and publicly disciplined.

“My comment was in response to calls for calling out bullies and putting them before the entire school,” Coburn said. “My comment was just saying, ‘So are we going to bully the bullies?’ That just seems like bullying to me.”