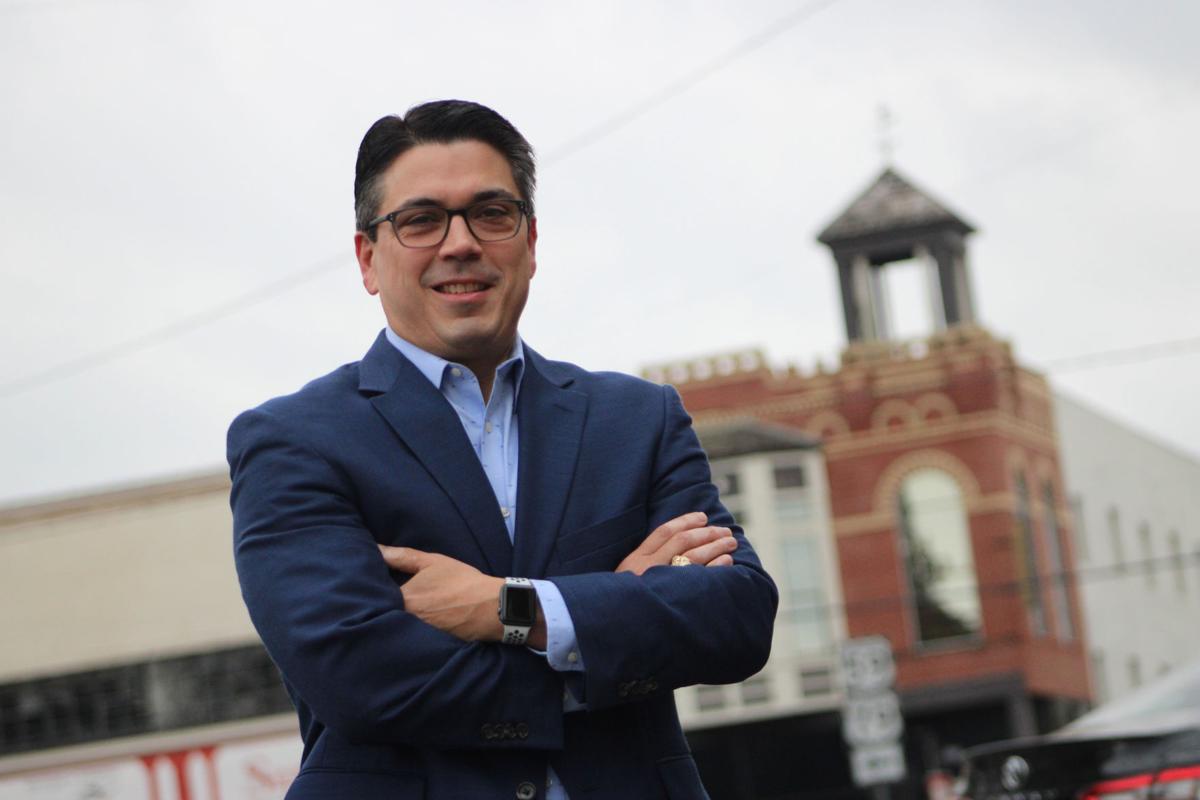 Chris Paddie is running for a fifth term in the Texas House. 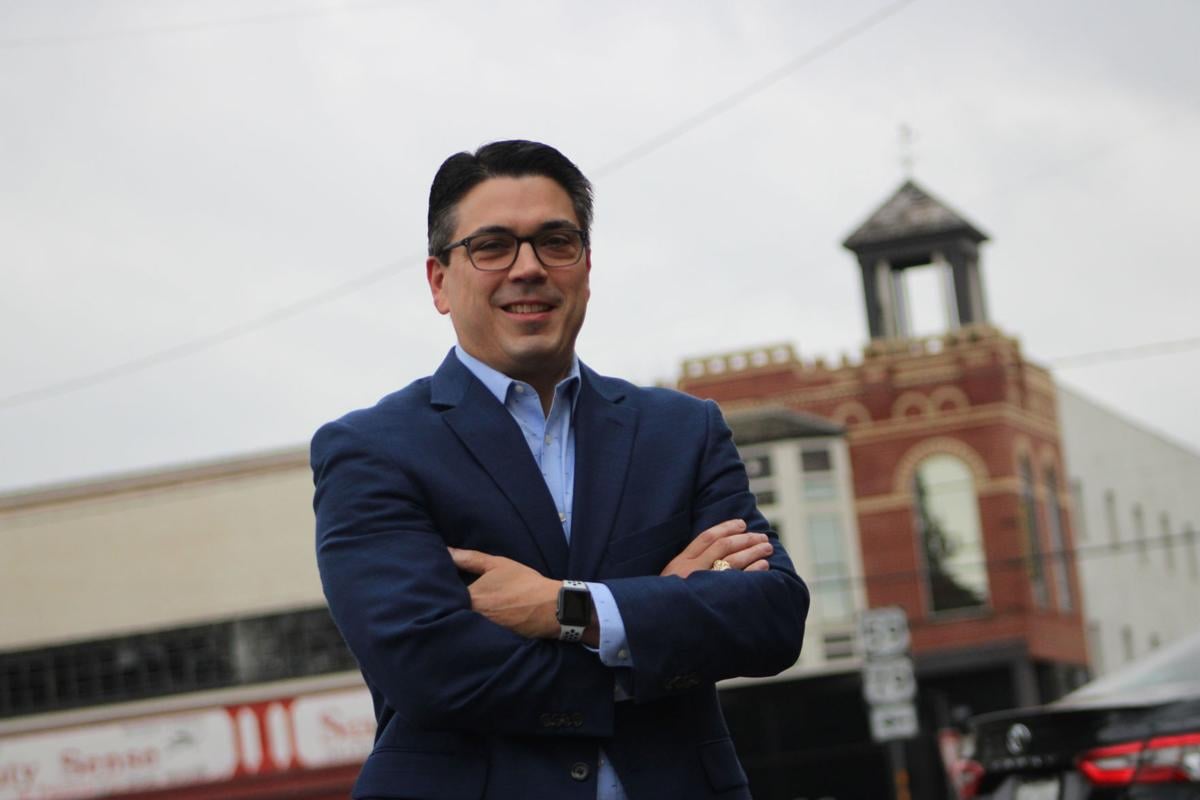 Chris Paddie is running for a fifth term in the Texas House.

Editor’s Note: This is a candidate profile for Chris Paddie, who is running for Texas State Representative for District 9. The profile for his opponent, Mark Williams, ran in print and online Jan. 15.

Chris Paddie has been serving as District 9’s state representative for the past four terms, and he says that now is not the time to switch that up. A host of pressing issues means his legislative experience puts Panola County at an advantage, he said.

“I think that’s one of the things that folks should really think about in this election — that it’s probably the most critical time in the last decade,” Paddie said. “Do you want to have someone that represents you in this upcoming session when redistricting is going on, when it’s a tight budget, when there’s a lot of things going on, do you want someone who’s brand new and has none of those relationships or those abilities?”

Paddie stressed that he has had four terms of building relationships with other legislative members that he can use to be successful and have an impact on bills coming through the state house.

“When you’re a freshman you don’t have those things,” he said. “Or do you want a four-term representative who has been in a position of leadership for the last couple of sessions? And specifically this session, currently chair of the House energy resources committee, one of the most critical industries of our state and doing things there, serving on redistricting — so I have a seat at the table for that critical process that will have a huge impact on rural representation. Do you want to give all that up for a fresh face that has zero influence?”

Paddie stressed the need for rural representation in the Texas House is crucial; urban areas continue to grow, meaning rural areas get less and less of a voice, he said. His goal is to build coalitions to be effective for East Texans, Paddie said.

He enjoys being able to help those he represents. Discussing some of his achievements while in office, Paddie said some of the issues he enjoyed tackling the most came from his constituents.

“There were a number of things over the years that a local county judge or someone like that is brought to me, and we’ve been able to pass something that was specific to Panola County or Harrison County or things like that, and you take a lot of pride in those,” Paddie said. “I think back to the last session, one of the prouder moments that I had was a bill I passed as it related to power line safety that was born out of a horrific tragedy on Lake O’ The Pines with some Boy Scouts who were killed when their sailboat ran into a low hanging transmission line.”

Paddie has received endorsements from Gov. Greg Abbott and the Texas Alliance for Life. He received the “Legislator of the Year” award from the Rural Jobs Coalition in 2019 for authoring a bill that would have championed rural small businesses and opportunity zones. His tenure in the House includes leading the House’s energy resources committee, serving as vice chair on the sunset committee, and serving on both the licensing and administrative procedures committee and the redistricting committee.

Paddie was born in Center and raised in Carthage. He attended Texas A&M, where he got a degree in industrial distribution. From there he moved to Houston and married his high school sweetheart in 1997. They moved to Marshall in 2002. Paddie served on the Marshall City Commission and was Marshall’s mayor when he first ran for state representative in 2012.

“I always had a desire to serve,” Paddie said, “And I had thought about serving at that level at some point, always kind of thought that would be someday in the future, kids were older, that type of stuff — and sometimes opportunities present themselves and you just have to take advantage of them a little earlier than you might have planned.”

Paddie has faced criticism from some of his constituents for working with those across the aisle during his time in the Texas House, but Paddie argues one of the reasons this past legislative session was the most successful and enjoyable of the four was because of that bipartisan effort, he said.

“Frankly in some of those previous terms, it was exhausting, I mean it was — not only were folks fighting each other across the aisle, but there was such internal fighting within the party itself and this battle for purity and scorecards and all of these things,” Paddie said. “One of the things I love about the Texas House, unlike what you see on the national news and — I can hardly watch it because it’s so bitterly partisan, and you can’t even be seen with someone across the aisle — it’s not like that in the Texas House, and frankly I think that’s why we’re effective and why we work so well.”

Paddie said major accomplishments of the last legislative session, like school finance reform and property tax reform, couldn’t have been done without that bipartisan effort.

“If folks would have been dug in and trying to fight each other on that, it would never have happened,” he said. “So what I urge people back home to think about is I know what they see a lot of times is the national stuff, and it’s us versus them, and it’s ‘Democrats are bad; Republicans are good,’ and at the end of the day we are Republicans and we believe in what we believe in and we will not sacrifice the principles we believe in, but it doesn’t mean we can’t work with people on specific issues that we find agreement on. That’s not a bad thing if they can help us get to where we want to get to.”

He also stresses current work on redistricting is crucial for East Texas’s future. Every 10 years after the census, the lines have to be redrawn for the Texas House, Texas Senate, State Board of Education and the U.S. Congressional seats, Paddie said. As a member of the redestricting committee, Paddie has been traveling the state seeking input from citizens on how they might do that.

“What we do know from that process is that the state has grown, but in our area specifically, in my six-county district, we’ve not only not grown, we’ve actually collectively lost population in the six counties I represent,” Paddie said. “That won’t work because the estimates would tell you that I need to probably represent closer to 200,000 people; right now I represent 175,000 people, and so what that means is my six-county district likely needs to be even larger, and so if you can imagine it’s like one big puzzle.

“Whatever happens in East Texas trickles all the way across the state, and so what that means is redistricting is a very high-stakes type situation where every member is fighting for their constituency, trying to make sure that their voice is not diluted, that they continue to have a strong voice in the legislature, and so that’s going to weigh very heavily on the next session.”