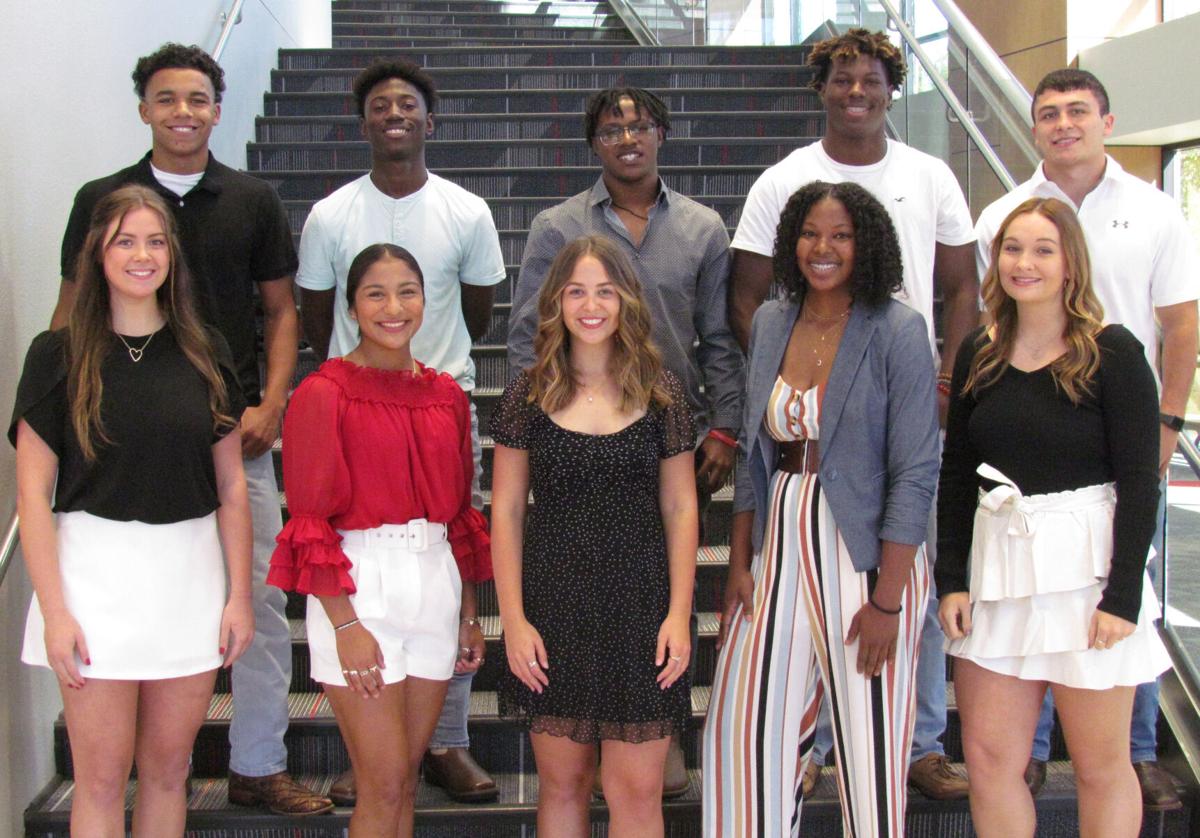 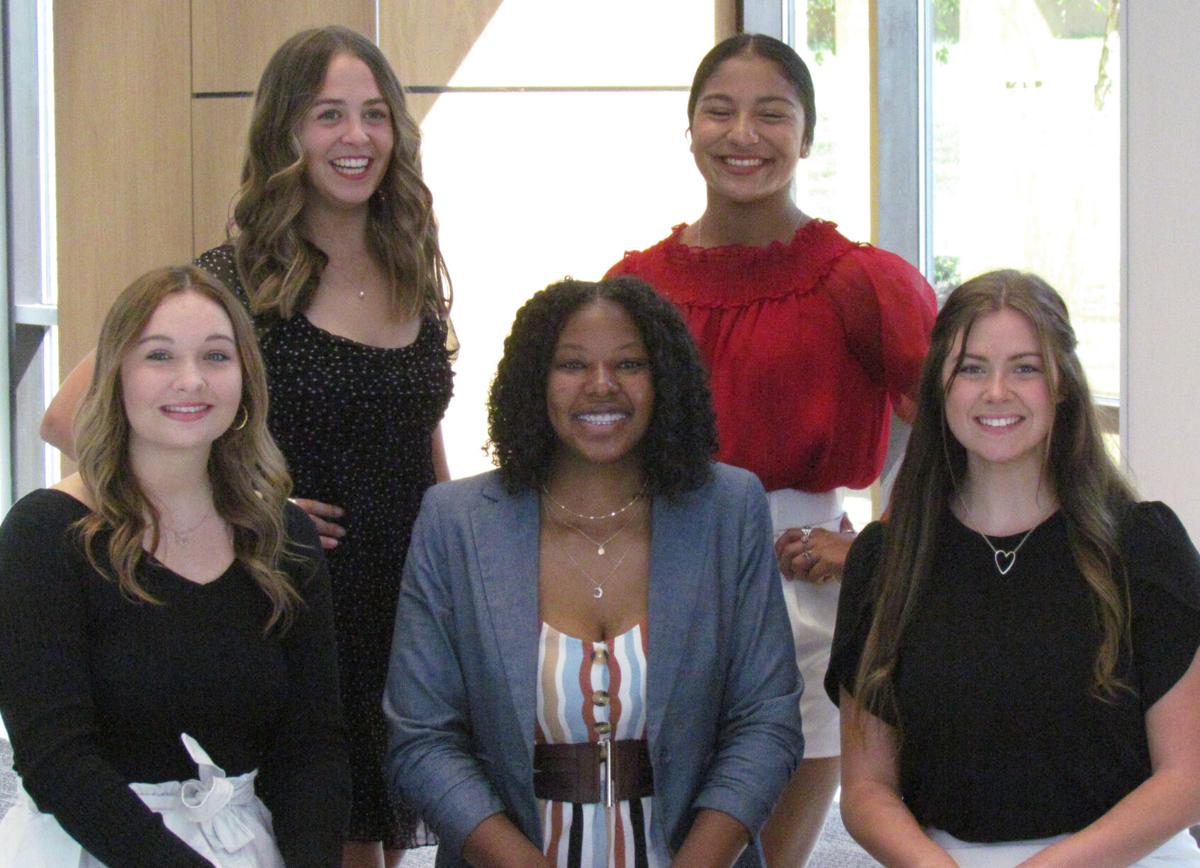 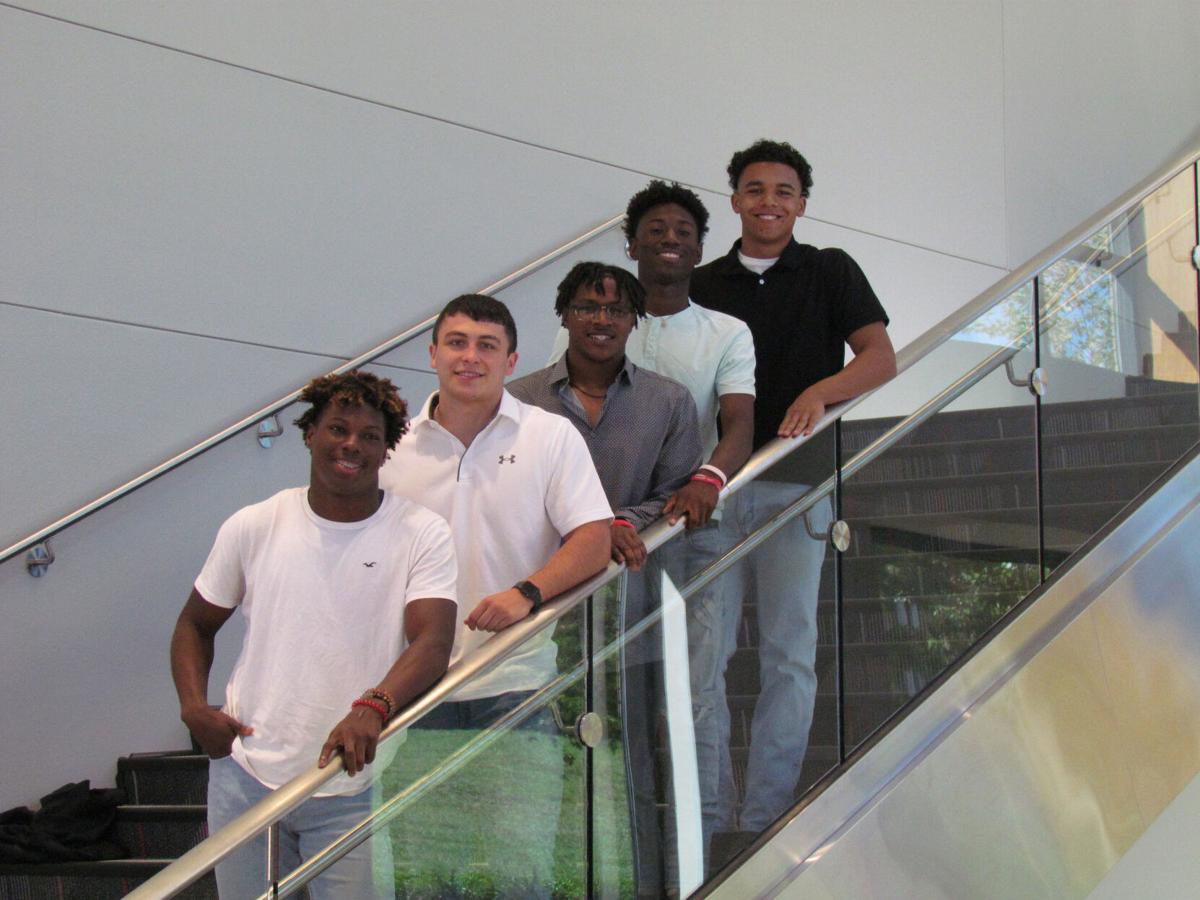 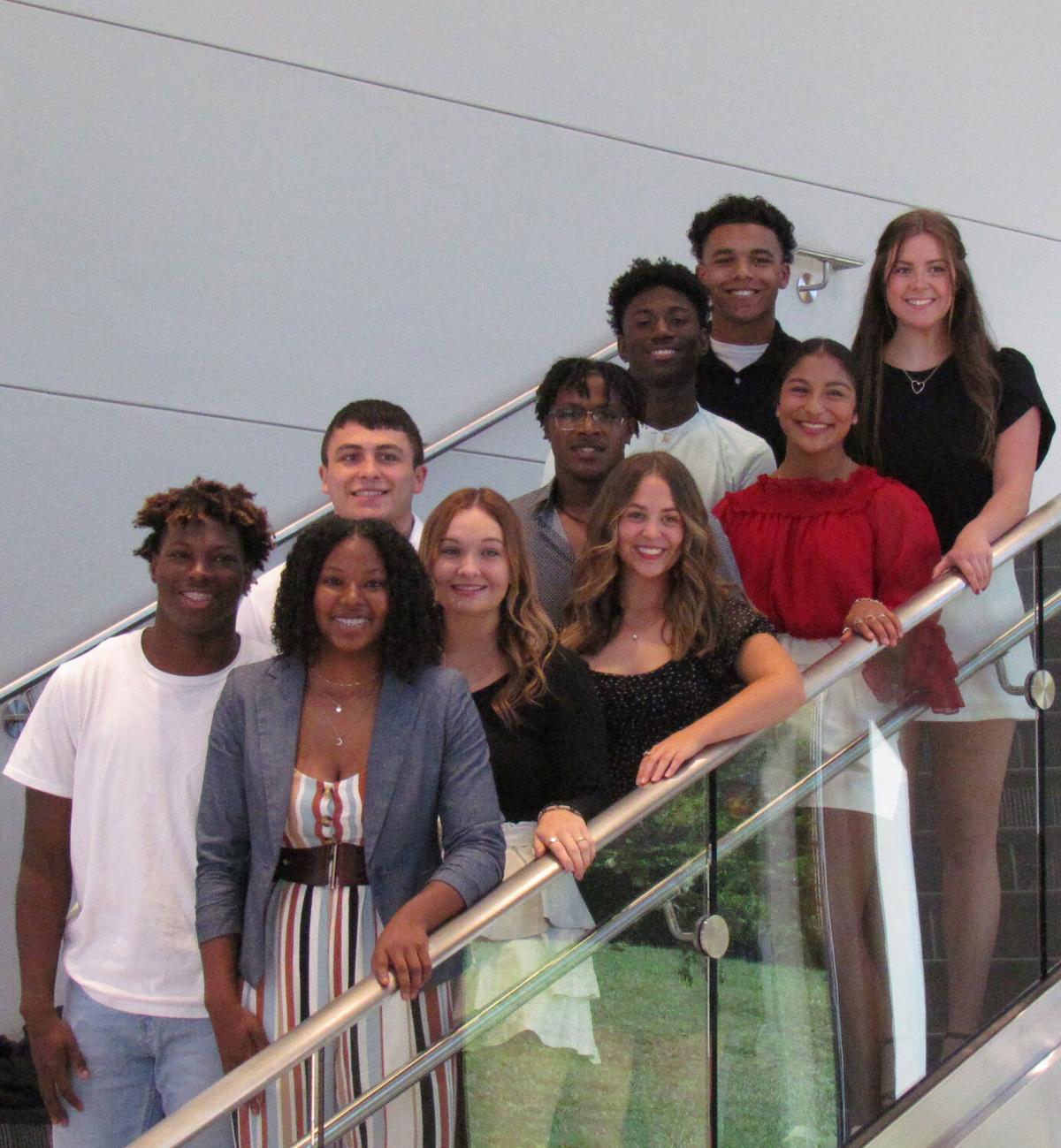 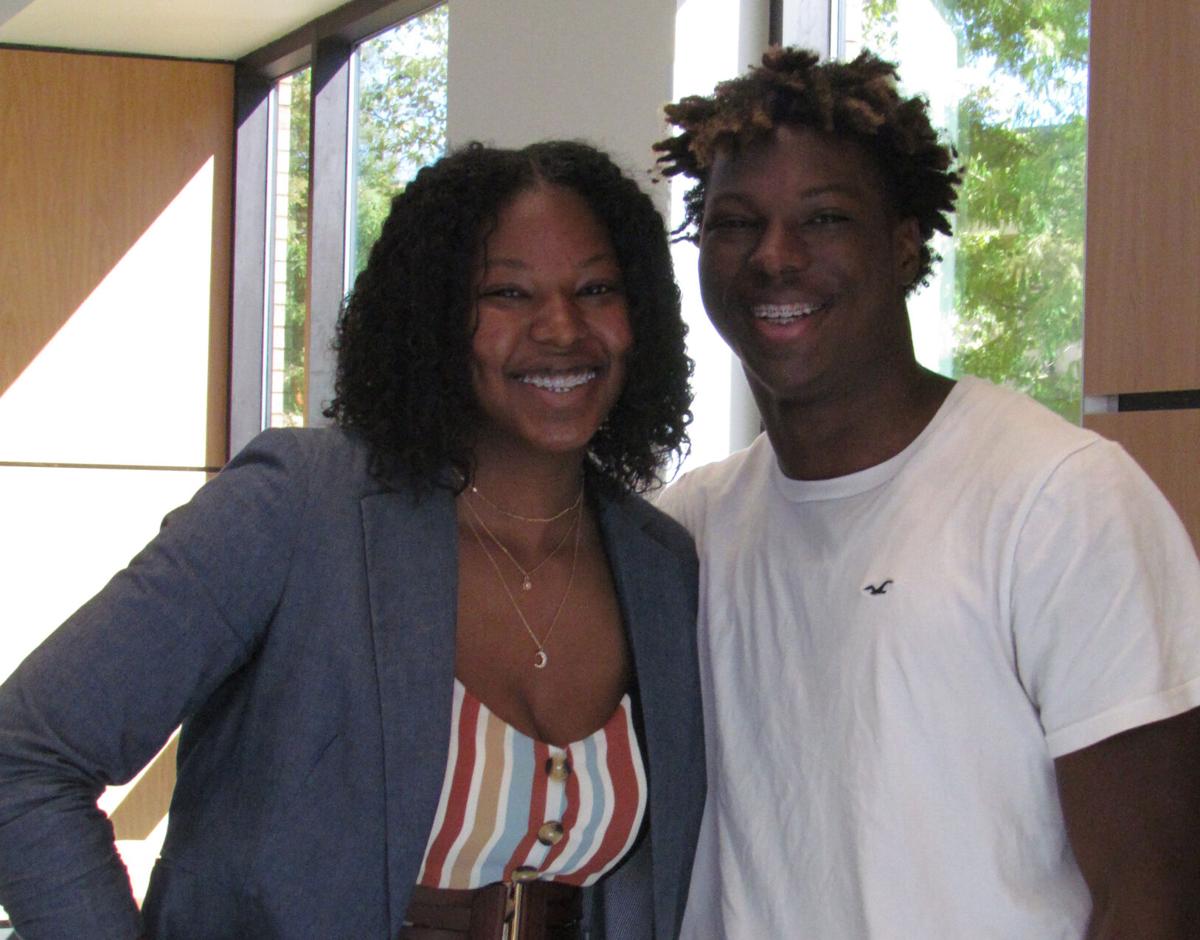 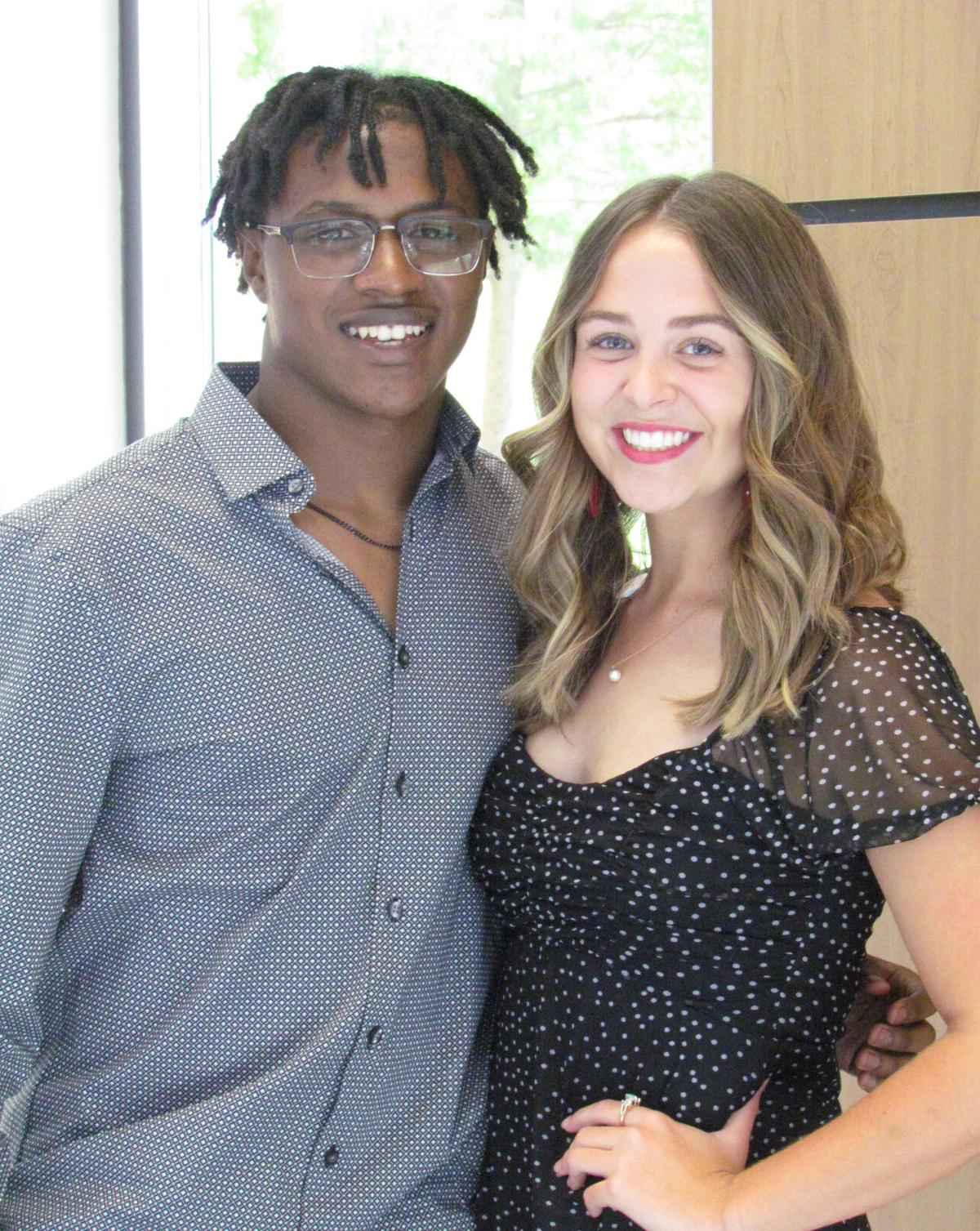 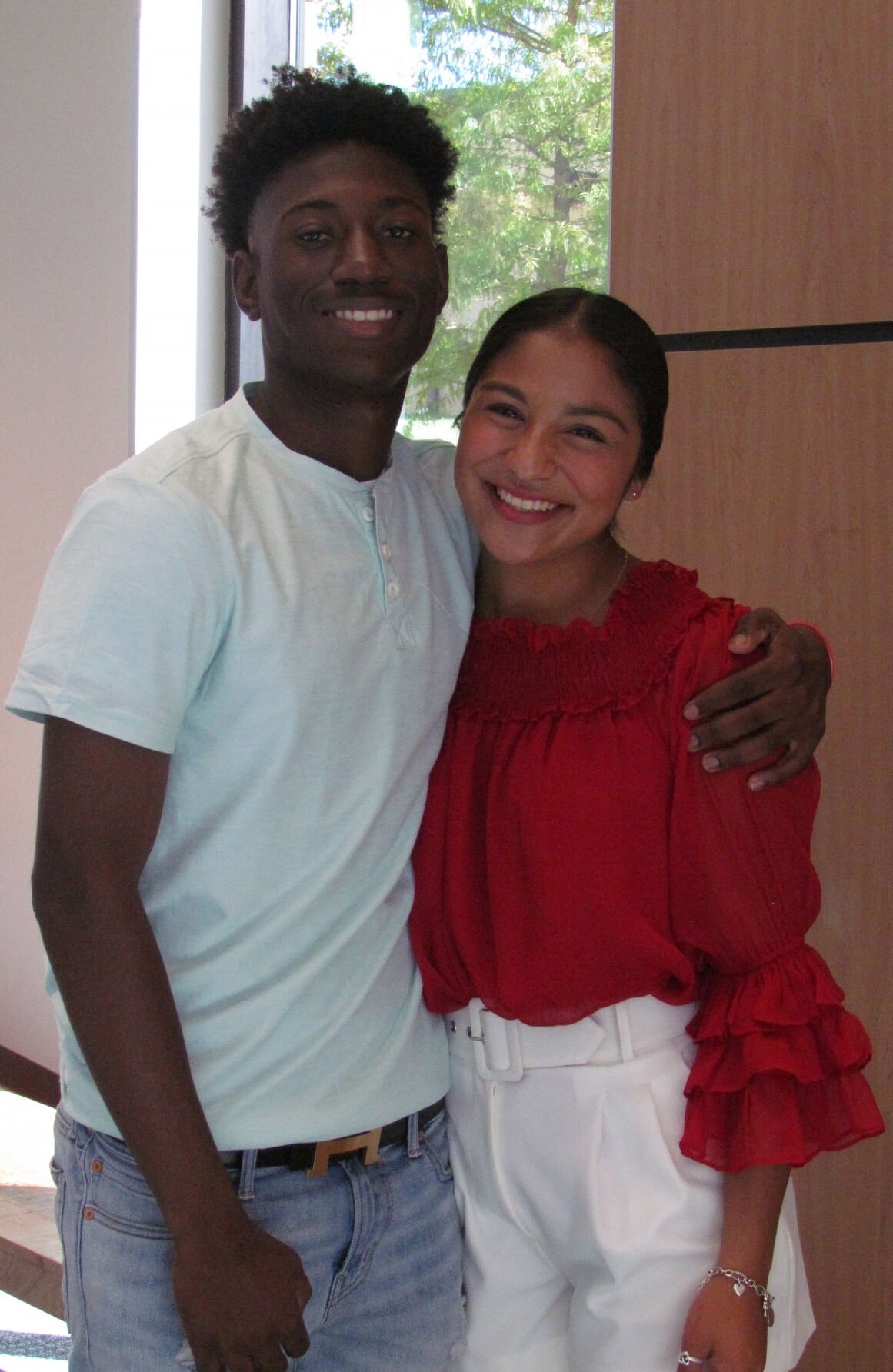 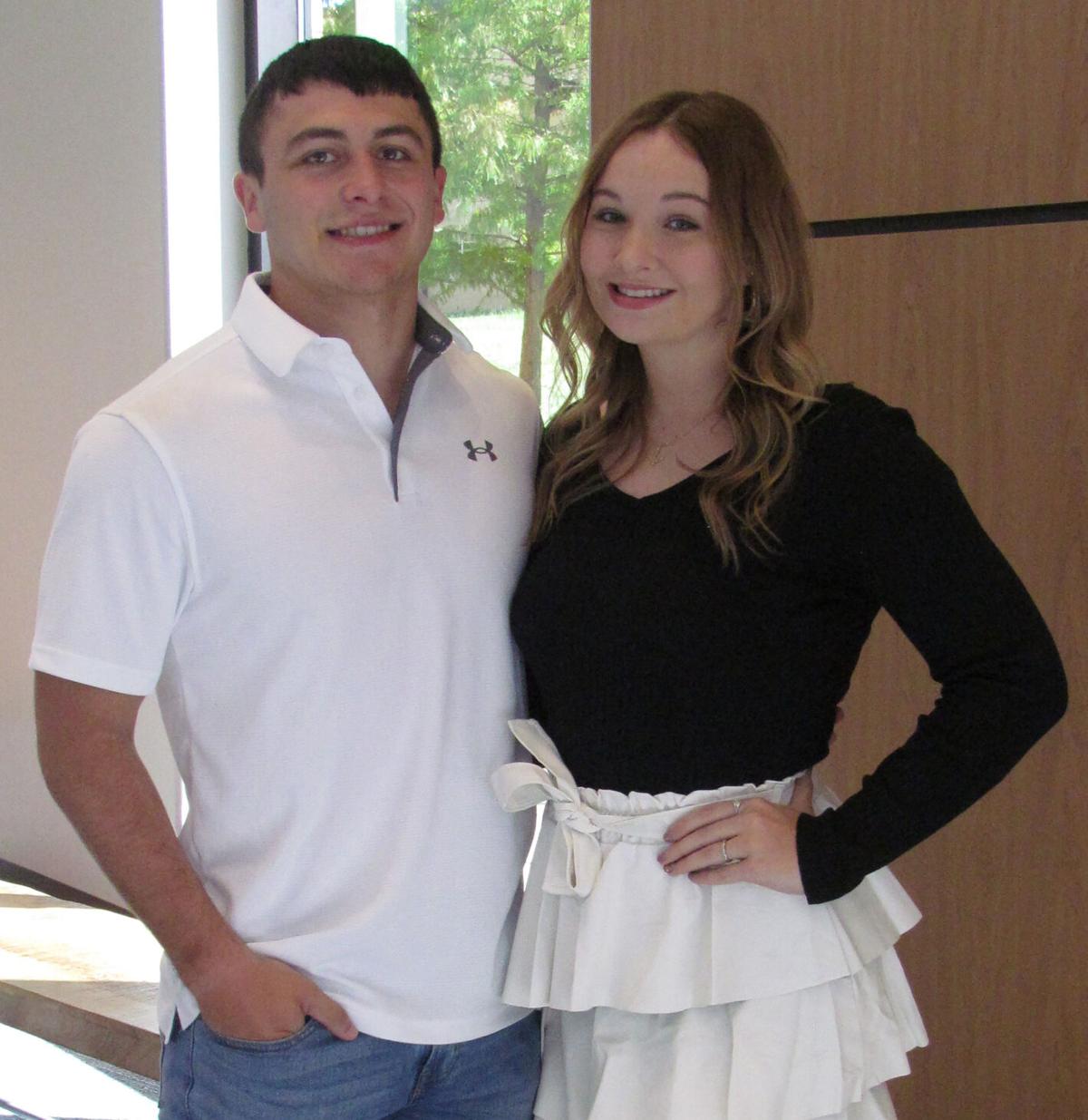 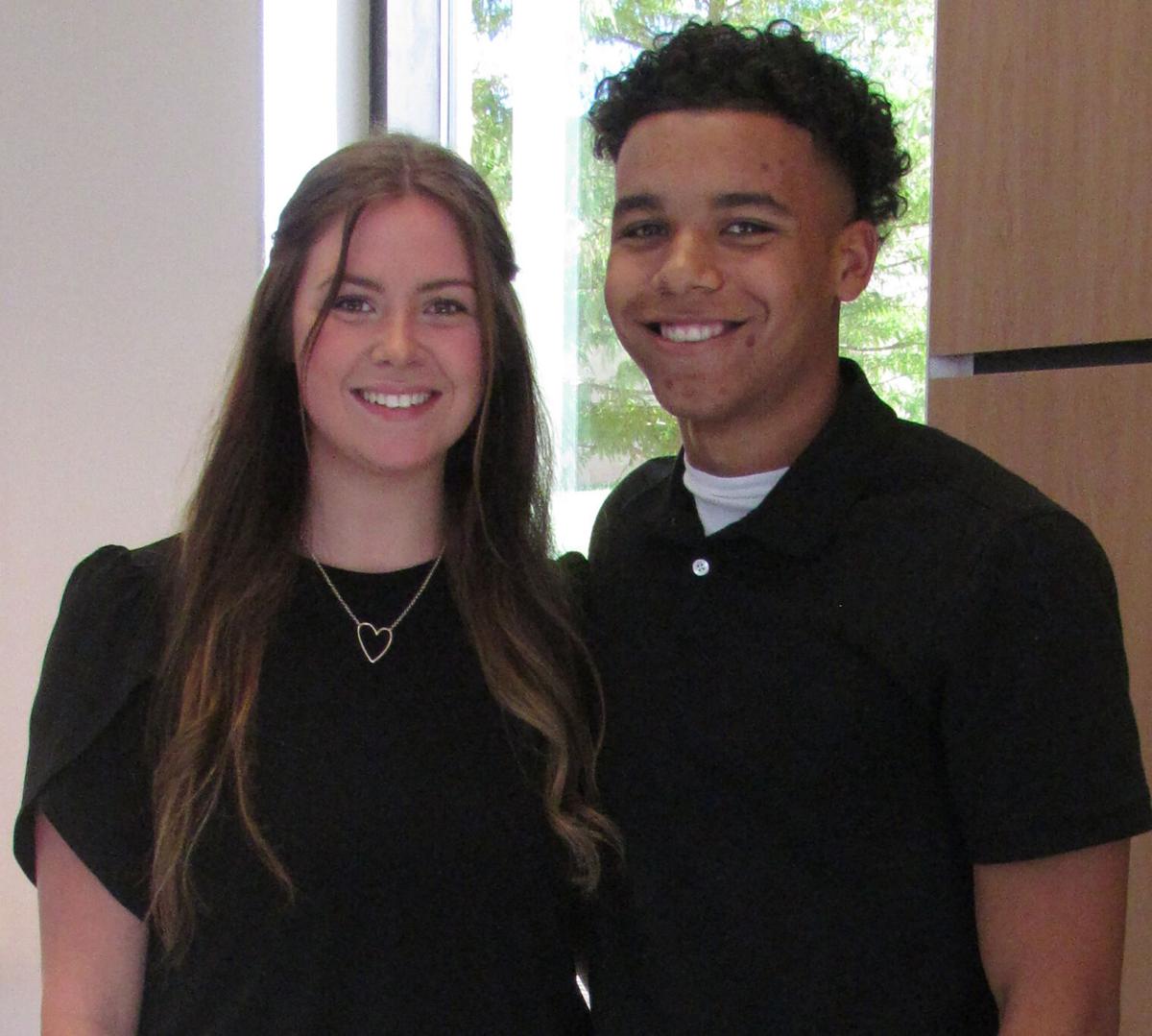 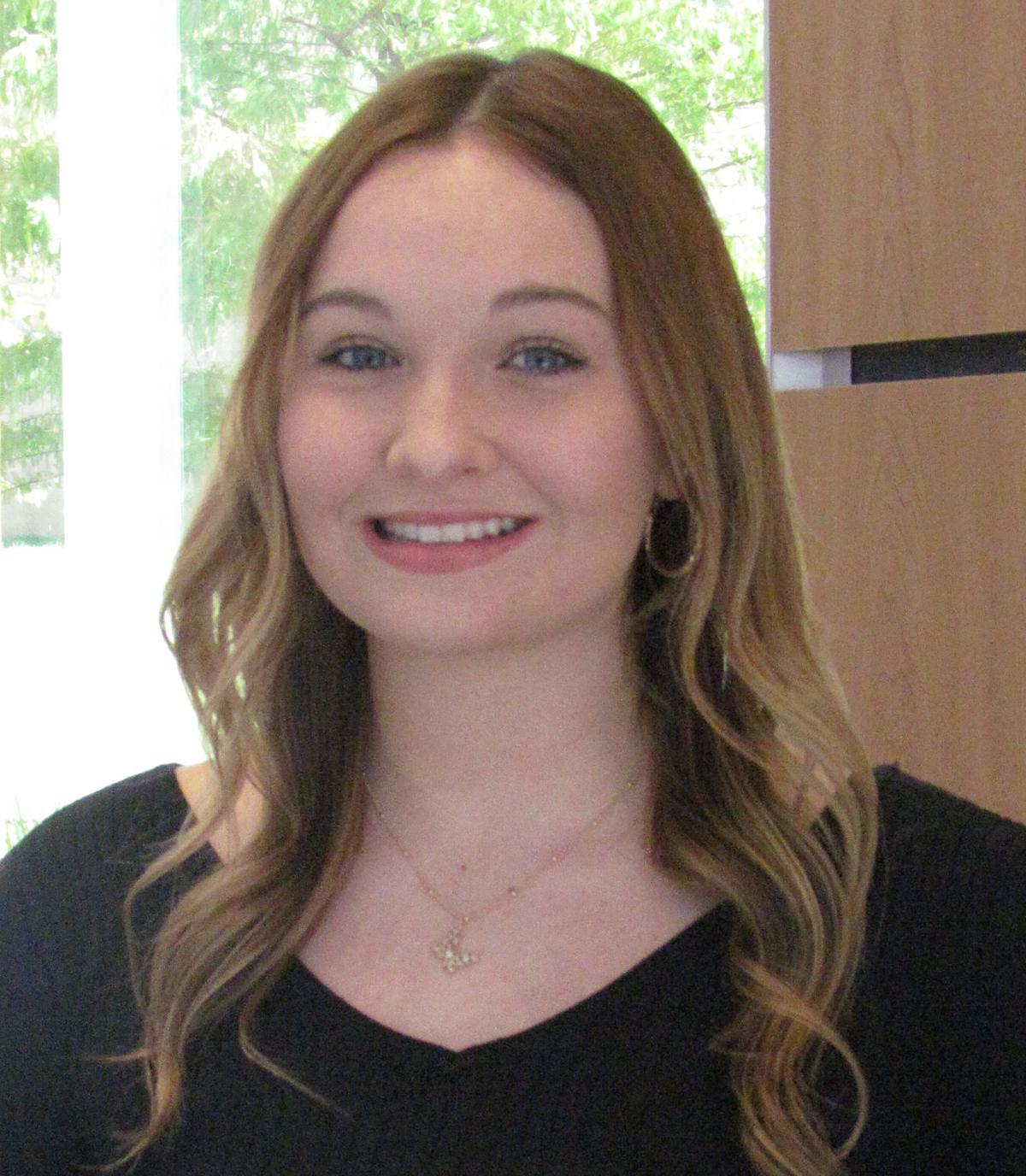 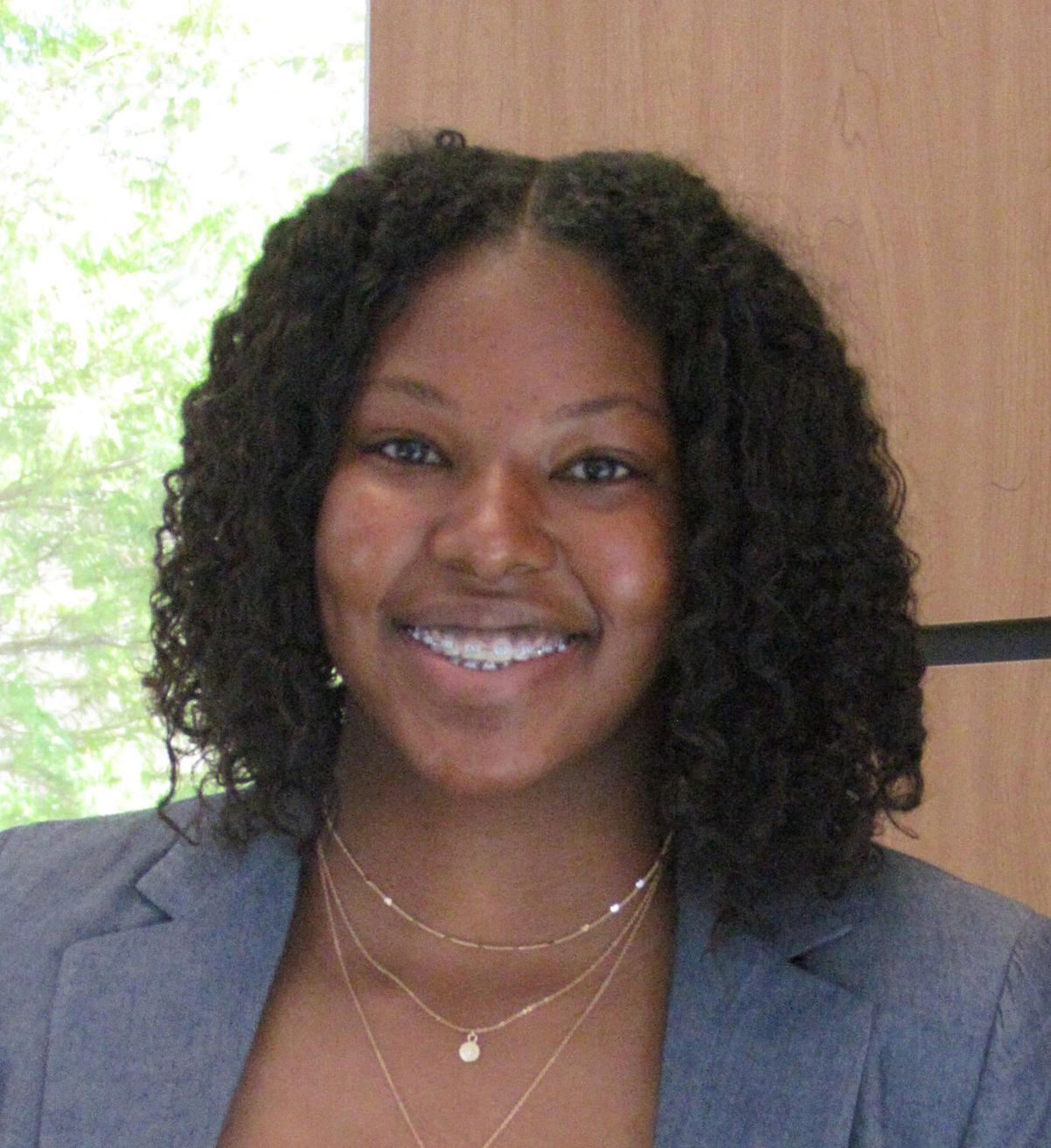 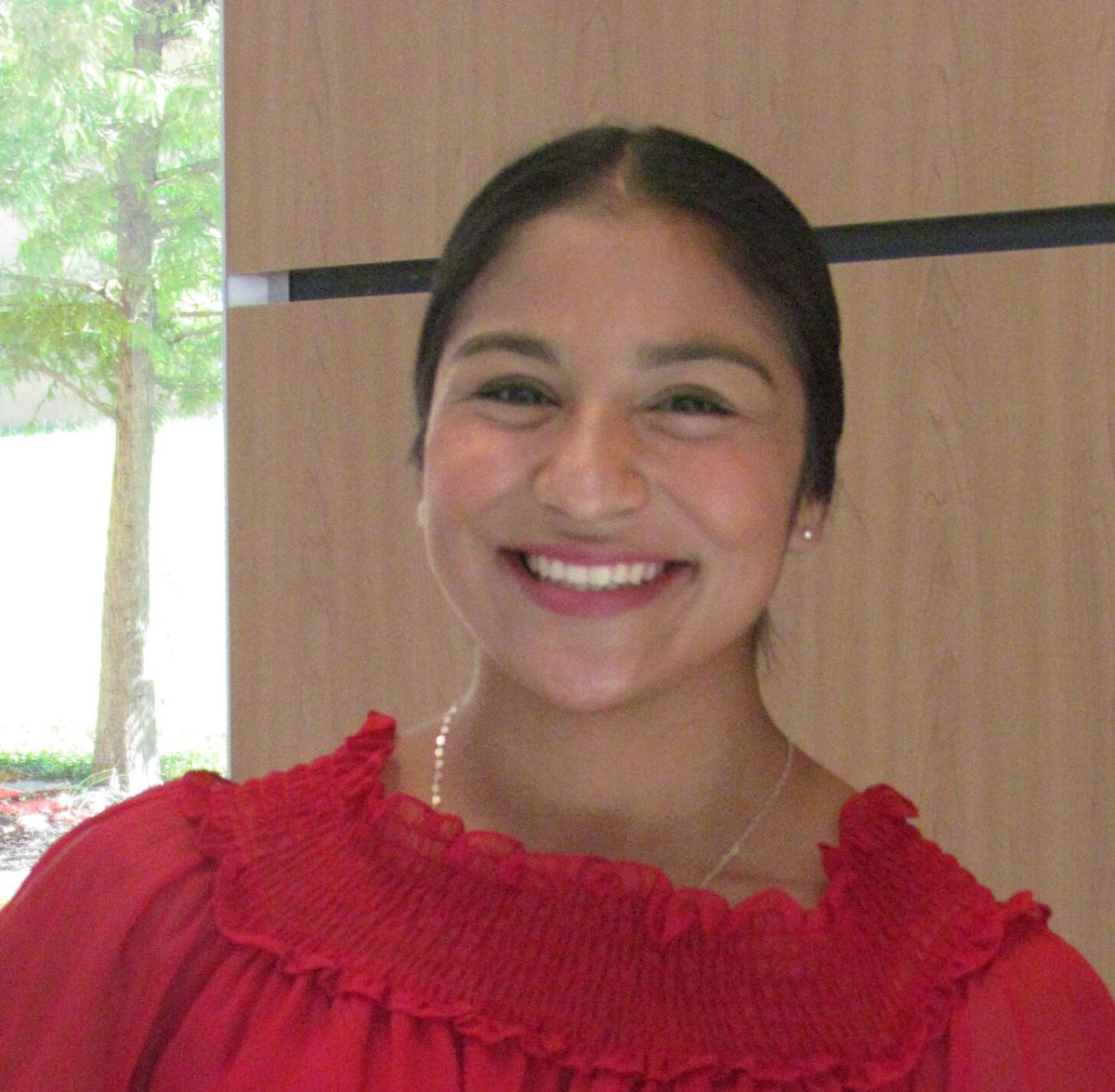 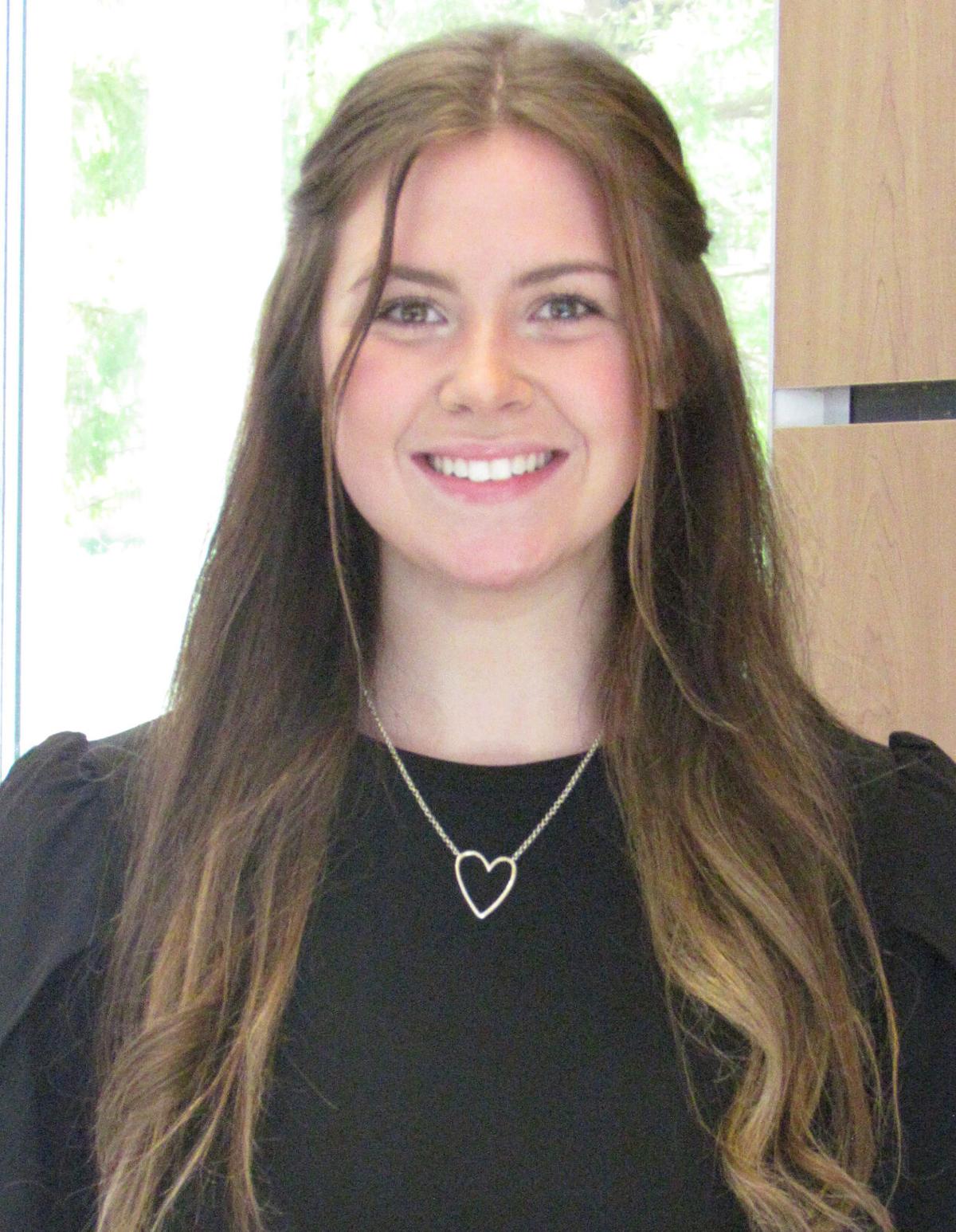 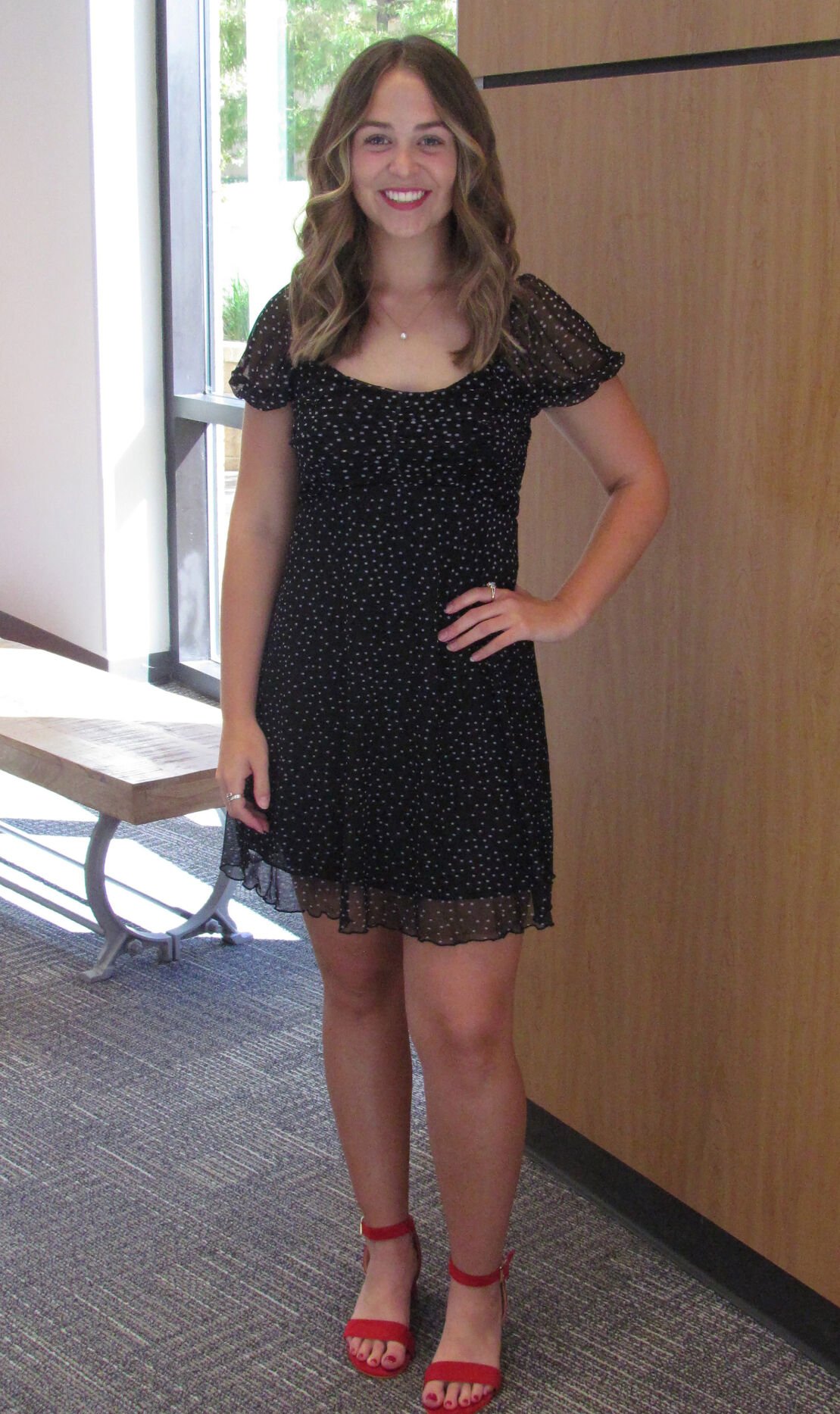 Carthage High School will celebrate Homecoming 2021 the week of Oct. 11-15.

The court consists of:

Carthage High School dress up days for Homecoming week are:

Duchess Lydia Foley is the daughter of Kie and Marian Foley. She is the granddaughter of the late Danny and Wynette Foley, and Mac and Kathryn McKeller. Lydia is varsity cheer captain and social officer in National Honor Society. She is also a member of Future Farmers of America, Student Council and participates in the Panola College dual credit program. Lydia is a member of Mount Calvary Baptist Church and First Baptist Church Youth Group. In her spare time she works for The Hobby Horse. Lydia plans on attending a four-year university and pursue a degree in Speech pathology.

Lydia’s escort is Camden Foster. He is the son of James and Christina Foster. Camden is the grandson of Donna and the late James Foster, Sr. and Alberto Guerra and Carmen Guerra. Camden is a four-year member of the Bulldog football and basketball teams. He was chosen for Second Team All-District his freshman and sophomore years in high school for football and basketball. His junior year, he was named First Team All-District Inside Linebacker and Basketball Second Team All-District. Camden is a member of Technology Student Association (TSA), where he qualified for the state contest. He is a member of National Honor Society. He attends Panola College with the dual credit department. Camden plans on playing football in college while earning a degree in sports medicine or exercise science.

Camden’s most memorable moment was leading the Bulldogs in tackles in the third round of the 2020 play-offs against Salado.

Duchess Makhai Lewis is the daughter of Kip and Krystal Lewis. She is the granddaughter of Sample and Blandene Roland, and Boscoe Sheppard.

Makhai’s escort is Kip Lewis, her twin brother. Kip is the son of Kip and Krystal Lewis. He is the grandson of Sample and Blandene Roland, and Boscoe Sheppard.

Kip is a member of the Bulldog football team and Student Council. He was named 4-A All-State Defensive Most Valuable Player in 2021. He was also named Smokey Defensive MVP and All-East Texas Defensive MVP. Kip has received 25 collegiate offers from D-1 schools. Kip plans to graduate early from CHS so he can attend the University of Oklahoma in January. He will be playing football for OU. While in school at OU, he will earn a degree in business. Kip’s dream is to play football in the National Football League.

Kip’s most memorable moment was winning the 2021 state football Game against Gilmer.

Duchess Melissa Guadalupe Salazar is the daughter of Joel and Imelda Salazar. She is the granddaughter of Elizabeth Land, Roberto and Roslbal Salazar and the late Reyes Campos, Alberta Galvan and Joyce Smith.

Melissa is a varsity cheerleader and an All-American Cheerleader. She is a member of the Lady Dawg Soccer team where she was selected to the All-District Academic team. She scored the most points and had most assists for the 2020 soccer season. Melissa is also on the CHS track and field team. She would like to continue her love of soccer and track while earning a degree in psychology. One day, she hopes to be a social worker.

Melissa’s escort is Javarian Roquemore. He is the son of JaHavian and Maxene Roquemore and the grandson of Darell and Carolyn Roquemore.

Javarian is a four year member of the Bulldog football and baseball teams. Javarian was named 2021 UIL District 17, 4-A Pitcher of the Year and Honorable Mention All-District in Football. He was a member of the 2020 state championship football team. J-Roc plans on going to college to play baseball and to pursue a degree in Engineering.

Javarian’s most memorable moment was scoring a touchdown in the 2020 State Championship football game against Gilmer.

Duchess Sadie Faith Smith is the daughter of Roane and Jill Smith and the granddaughter of the late Rual and Patricia Smith and Ruben and Kathryn McKellar.

Sadie Faith is varsity cheer captain. She is a member of the Lady Dawg Volleyball team, a member of National Honor Society and Student Council. Sadie is also on the UIL Academic team and attends Panola College through the dual credit program. Some of Sadie’s honors include All-American Cheerleader, NHS Social Officer, 2019 Volleyball Honorable Mention All-District, Academic All-District and a member of the state qualifying team. In 2020 Sadie was named Setter of the Year, Academic All-District, and Honorable Mention All-State. She was voted Class Favorite in 2020 and 2021. In addition, Sadie is currently in the top 10 percent of the senior class. Sadie is a member of First Baptist Church and participates in Cedar Grove You Ministries and Praise Team.

After graduating from CHS, Sadie Faith would like to play volleyball on the collegiate level while earning a bachelor’s degree in Education. Her dream is to return to her alma mater, Carthage ISD, as a member of the faculty.

Sadie’s escort is Braeden Wade. Braeden is the son of Tory Wade and Shannon Freeman and the grandson of Debra Wade and Kelly and Donna Freeman.

Braeden is a four year member of the Bulldog football and track teams. He is the 2019 Offensive Newcomer of the year, 2020 First Team All-District Offense and Second Team All-District Defense. Braeden was chosen by his classmates as junior class favorite. He is also a member of Mt. Hebron Missionary Baptist Church. B-Wade plans on attending college to major in business.

Duchess Caroline Stacy is the daughter of Chris and Jennifer Stacy. She is the granddaughter of Jerry and Reba Stacy and Joyce and the late Charles Sullivan.

Caroline is president of National Honor Society where she earned the volunteer and service award for outstanding leadership. She is a member of the CHS tennis team, Technology Student Association and CHS-TV’s Big Dawg Crew. She represented CHS at RYLA leadership conference. Caroline is a worship leader for First Baptist Church. Caroline plans on attending Texas A&M University and major in SEAL’s university studies. After graduating from Texas A&M, she would like to further her education by attending law school.

Caroline’s escort is Fredrick Lynch Jr. Freddy is the son of Fredrick and Robin Lynch and the grandson of Alice and the late Earnest Lynch and Grace and Emory Noel.

Fredrick is head photo editor for the Pine Burr Yearbook. He is on the Bulldog football and basketball teams. He is a mentor for the mentoring program. He is also a member of Student Council and Drama Dawgs. Freddy was named Junior Class favorite, SAC of Life’s Community Hero, and he represented CHS at RYLA Leadership Conference. Freddy plans on attending the University of North Texas to pursue a degree in business and photograph. He would like to one day own a Top Golf Business.

Fredrick’s most memorable moment is being with his grandmother sitting on her front porch talking about life and listening to stories from her childhood. Freddy’s favorite place to be is his grandmother’s front porch.