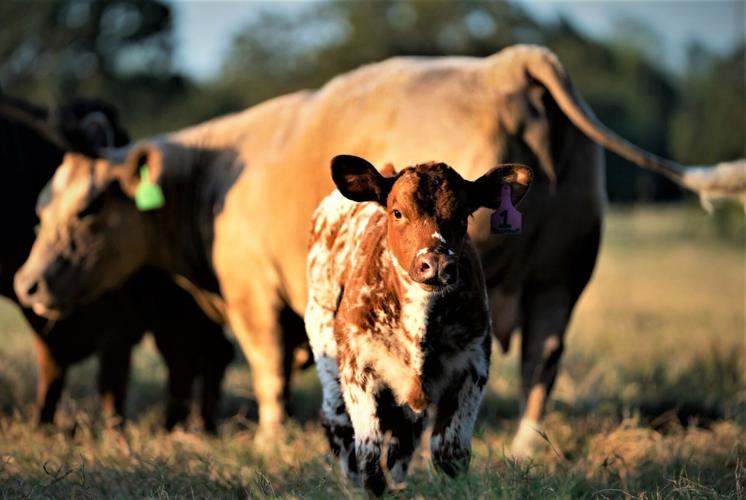 Calf prices could trend upward due to herd contraction from the drought. They hit record levels in 2014 following the 2011 drought. 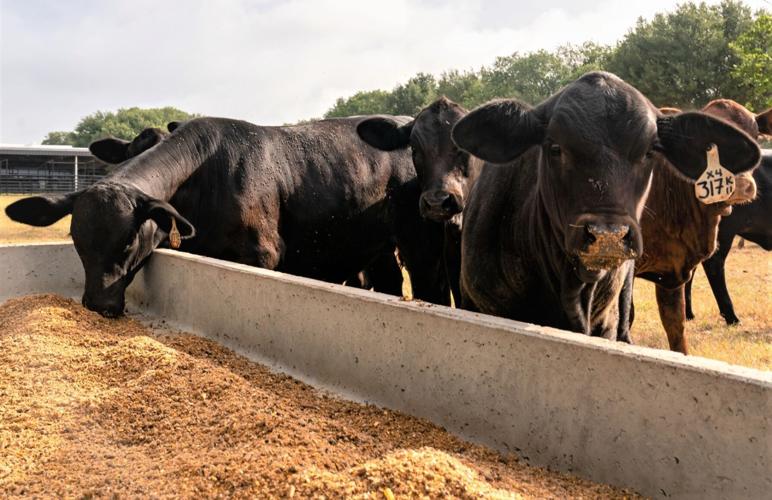 Cattle receiving supplemental feed at the Diamond K Ranch in Hempstead, Texas. Many producers have been providing supplemental rations, including hay, grain and cubes all summer due to poor grazing conditions.

Calf prices could trend upward due to herd contraction from the drought. They hit record levels in 2014 following the 2011 drought.

Cattle receiving supplemental feed at the Diamond K Ranch in Hempstead, Texas. Many producers have been providing supplemental rations, including hay, grain and cubes all summer due to poor grazing conditions.

The shrinking Texas cattle herd is likely to translate into higher calf and beef prices years beyond a break in the 2022 drought, according to a Texas A&M AgriLife Extension Service expert.

David Anderson, Ph.D., AgriLife Extension economist, Bryan-College Station, said Texas cattle producers have culled earlier and deeper than normal this year due to drought. He suspects the number of culls, and the small number of replacement heifers could mean post-drought herd recovery could be longer than the years following record drought in 2011. It could also drive calf prices toward records set in 2014.

“It’s clearly bad out there based on the number of culls we’ve seen,” he said. “Drought is forcing the issue. Whether it is zero grazing, low forage stocks, high feed and hay prices, or running low on water, Texas ranchers are facing tough decisions right now.”

Historically, Texas accounts for a big chunk of the U.S. beef cattle herd. Mother Nature’s impact on Texas ranchers is likely to ripple into sale barns and grocery stores around the country years beyond the drought. The U.S. herd has been shrinking in recent years, and the Texas drought is further reducing cattle numbers.

Anderson said this weather-related contraction is impacting producers negatively. There are no estimates available that quantify the economic hardship Texas’ ranchers have endured so far in 2022, but livestock losses during the 2011 drought were estimated to be $3.23 billion.

The 2011 drought was a bad time for ranchers, but the years following included historic cow/calf prices as the Texas and U.S. herd numbers recovered.

Anderson said nominal prices are higher now than in 2011 as the drought was taking hold and forcing widespread herd consolidation and liquidations. The weekly weighted average price for 500-600-pound steers at auctions across Texas in 2011 was $139.73 per hundredweight compared to $181.12 per hundredweight so far this year.

Record prices occurred as the beef cattle herd recovered, and the same weight class steers rose to a weighted average of $236 per hundredweight in 2014. Calf prices peaked in late October 2014 at around $283 per hundredweight.

“The beef cattle market isn’t something that turns on a dime,” he said. “It takes time. Cattle are a long-term cycle, and I suspect this will all play out similarly to the years following the 2011 drought.”

Anderson’s concern about the Texas herd this time compared to 2011 is that replacement heifers — the young, future calf-producing cows — are at their lowest point nationally since USDA began keeping numbers in 1973.

“That means we are going to see tight supplies of replacement heifers, and were it to rain and break the drought and pastures recover, we’ll see higher replacement heifer prices,” he said. “The absolute numbers of heifers in 2011 through 2014 are interesting because it indicates a lot of Texas heifers were shipped elsewhere. But this year, we’re already looking at the bottom in terms of estimated numbers.”

Anderson said rainfall spurring winter forages and good spring growth could trigger a reversal, but that a fall and winter with below-average rainfall could make conditions even uglier for Texas cattle producers going into the spring calving season.

Despite the relatively good prices cattle producers are seeing at sale barns now, they are also dealing with much higher input and feed costs compared to a decade ago. Corn and hay prices will continue to weigh on calf prices.

“If there is any way to keep young cows and hold on to some replacement heifers, we’re going to see record-high calf prices,” he said. “I think that’s an opportunity, but that’s also easier said than done.”

The 68th annual Texas A&M Beef Cattle Short Course, BCSC, Aug. 1-3 in Bryan-College Station will focus on guiding beef cattle producers through many drought-related management decisions. To register, go to https://beefcattleshortcourse.com/. The cost is $240 for in-person attendance and $160 for online if registered by July 27. A $40 late registration fee will be charged after that date.