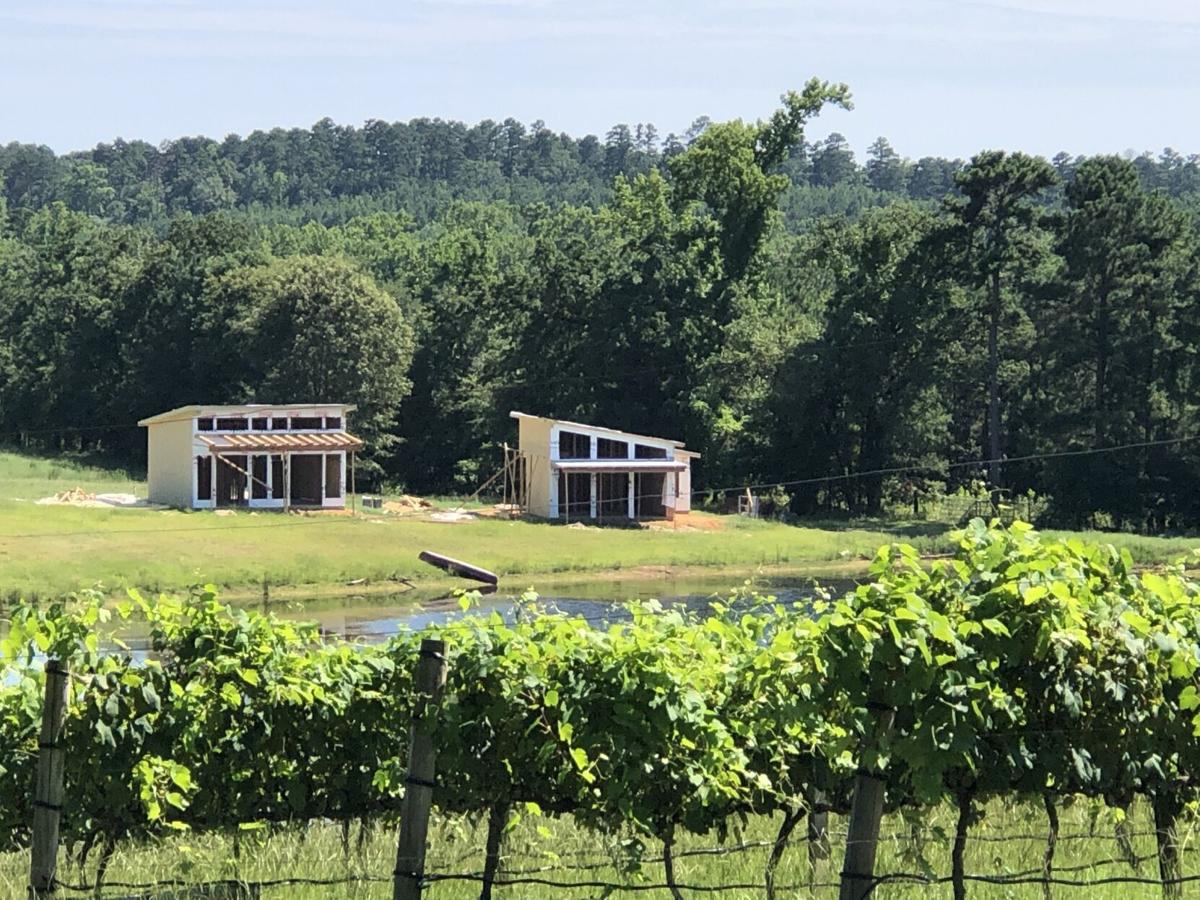 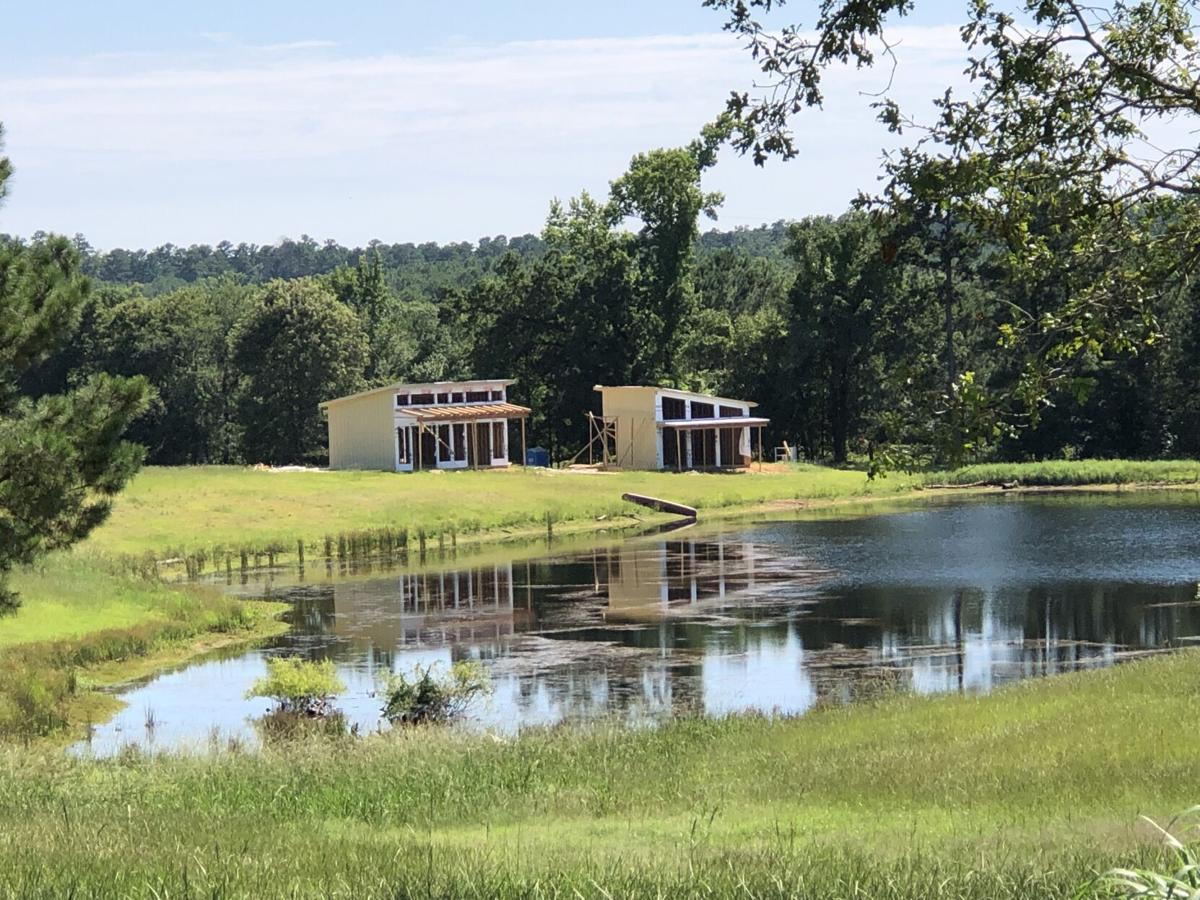 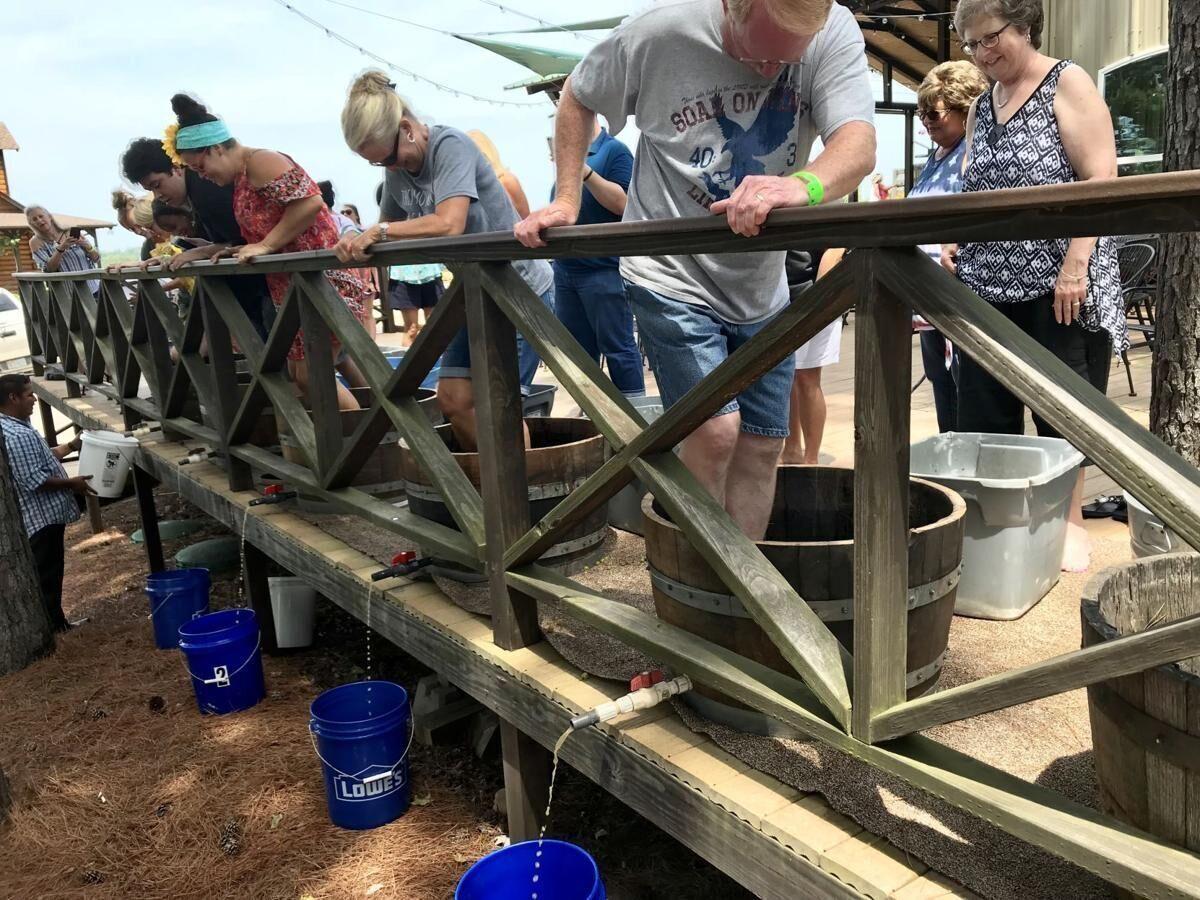 HARLETON — A Harleton vineyard soon will have overnight guests as it works to complete rental cottages that are being built on hills near the grapes.

Enoch’s Stomp Vineyard and Winery co-owner Jon Kral said the two tiny cottages are under construction, and he hope to have them completed for use this fall.

“They will be open for daily and weekend rentals,” Kral said. “Right now, we are currently building two tiny cottages, but we might build more later on down the road.”

Kral, who co-owns the vineyard with Altus Koegelenberg, said the tiny cottages have actually been in the plans from the beginning of the vineyard.

“We’ve been wanting to do these since we opened the place 20 years ago,” he said. “We’ve just been waiting for the right time when we had the staff to manage them and run them.”

He said the tiny cottage rentals have been often requested by customers and fans of the picturesque East Texas vineyard.

The two tiny cottages are being called the Villas in the Vineyard, but Kral said those names could change in the future.

The cottages consist of one one-bedroom rental and one studio-style rental. Both cottages are about 400 to 500 square feet and are meant to house a couple of people each.

Kral said the construction of the two cottages has been slower than usual because of demand and scarcity of construction supplies, but the design part of the projects began last summer.

“We are hoping to have them open, I’m hoping for October,” Kral said.

Once the rentals are available for reservation, he said a link will be posted on the vineyard’s website at www.enochsstomp.com

The vineyard is set to host its annual Red Grape Stomp event Aug. 24.

“This event will follow the same format as last year,” Kral said.

Guests will be allowed to pick the grapes, squeeze the grapes and bottle their own wine in a complete wine making experience from start to finish. The event also will include a tour of the vineyard, tank room and will also include a live band.

Reservations for the Red Grape Stomp soon will be available on the vineyard’s website.