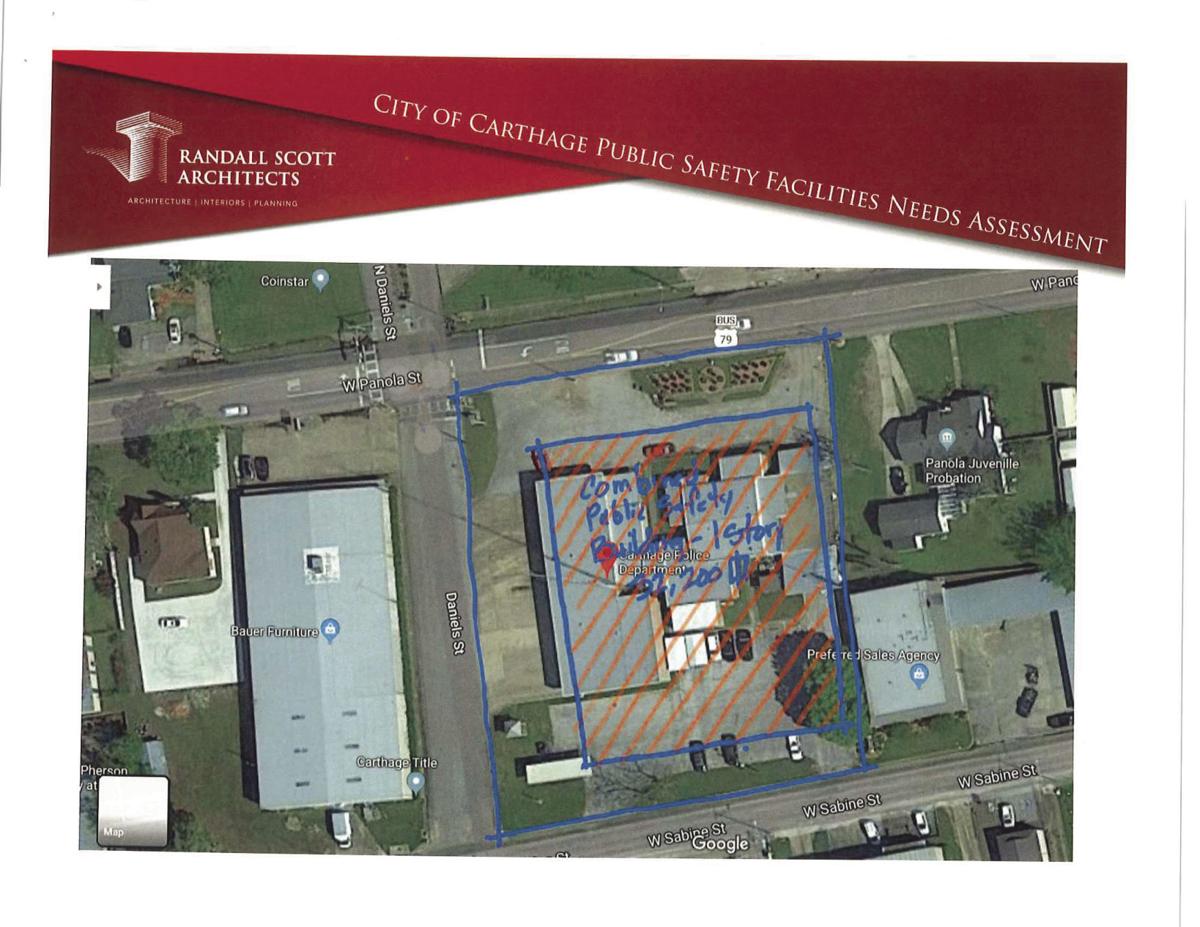 A building needs assessment shows the footprint of a single-story combined police and fire building would take up almost all of the existing site. 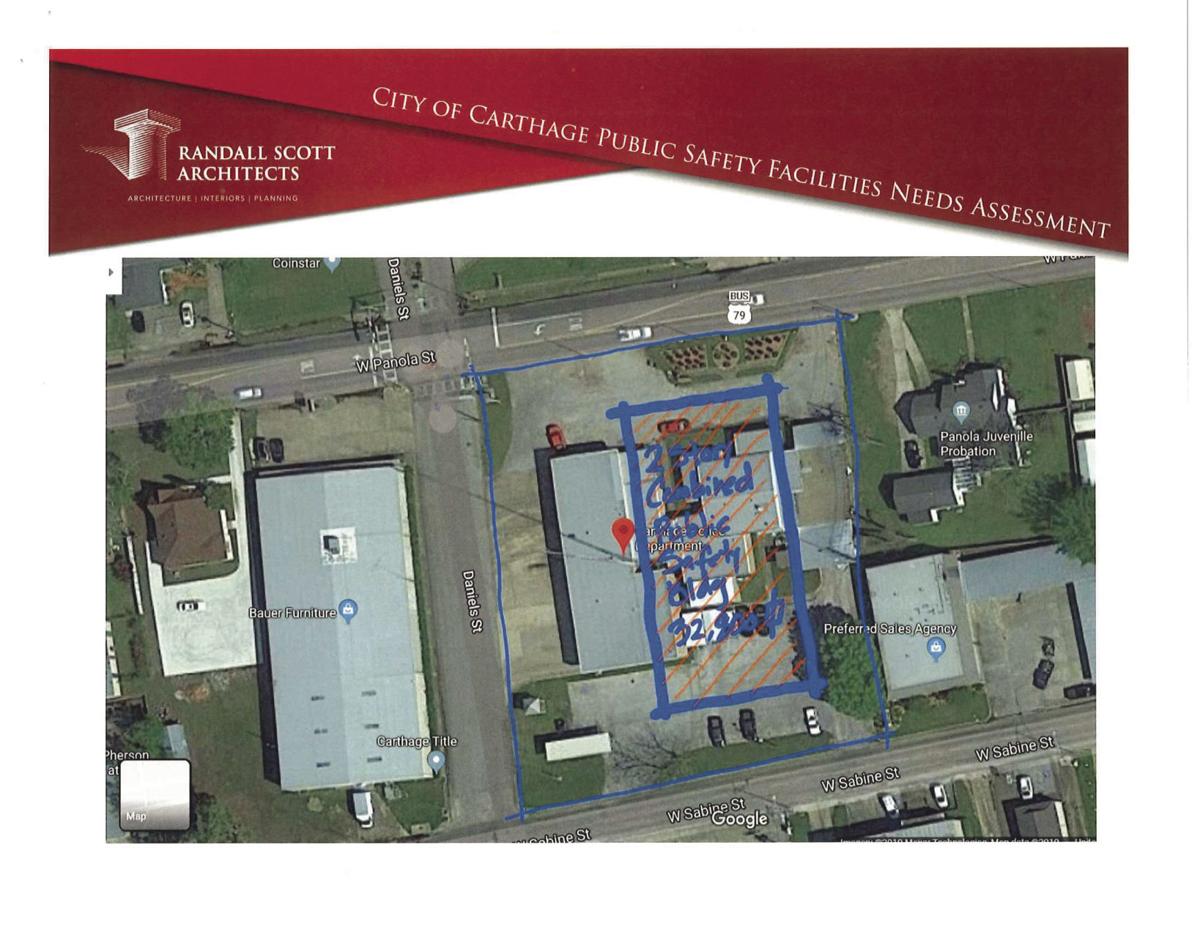 A building needs assessment shows the footprint of a single-story combined police and fire building would take up almost all of the existing site.

Carthage city officials have cited a need for new police and fire stations. Now they have to figure out what that new building or buildings would look like and where they’d be located.

Commissioners had a first-pass discussion of their options during a meeting Monday, deciding to hold off on making a decision until next month so they could consider their choices.

“With our facilities, we’re going to have to do something... sooner rather than later,” City Manager Steve Williams said.

Randall Scott, with Randall Scott Architects, presented a building assessment to commissioners and offered the city three different options and price points for the new police and fire buildings:

A single-story combined police and fire building, with an estimated cost between $10.08 and $11.35 mil

A two-story combined police and fire building, with an estimated cost between $10.26 and $11.54 million;

Currently both police and firefighters are stationed in one building on West Panola Street — a building that city officials previously said was not working, especially on the police side. A feasibility study conducted in 2018 noted overcrowding; a lack of space for storage and training; and problems with security and handicap accessibility. Scott noted Monday the current building doesn’t meet existing best practices.

The new police and fire stations’ building assessment looked at the departments’ current needs and future needs over the next 10 to 15 years. 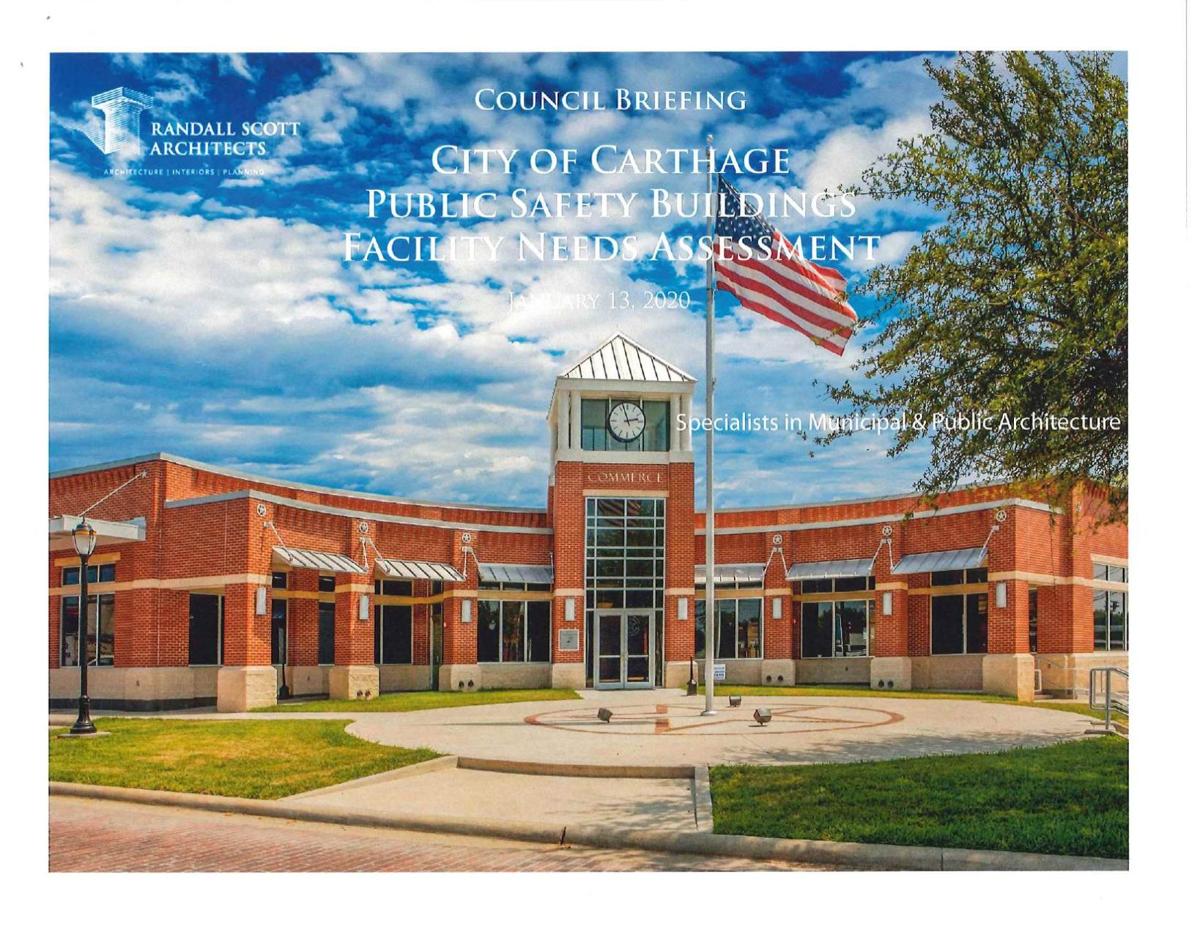 Scott recommended the city build a combined police and fire station, noting both departments would share a lobby, locker room, fitness center, dispatch center and multi-purpose room. His cost estimates for a combined building include a municipal court, something not included in the standalone police building.

“There are efficiencies in having police and fire in the same building,” he said. “Even though the square footage is relatively the same, what you’re going to find is people aren’t having to go back and forth between the two buildings that are two blocks away from each other so there’s internal working efficiencies there in a building that’s together. In my way of thinking, it just makes a lot of sense to have those together with the emergency operations center is centrally located.”

The main question if the city wants to build a combined public safety building is whether to make it one story or two, Scott said.

“If money weren’t an object, and I always know it is, a two-story building is by far more impressive, more civic, feels like a building where government is taking place,” he said.

Proposed standalone police and fire stations would cost about $500,000 less than a combined building, Scott said. A police building, which would include dispatch, detention and emergency operations centers, would be an estimated 15,447 total square feet. That estimate does not include space for a municipal court. A central fire station would be 16,613 total square feet.

Standalone buildings would require some redundancy, Scott said, because there’d be no shared spaces. Williams did note one benefit to standalone sites: the construction logistics would be easier. Construction is estimated at 16 months.

“We do separate buildings, you kind of stay where you are, you get it built and move,” Williams said. “If you do either a single story or a two-story on that same location with combined, then everyone has to get out of that building.”

Williams also noted that separate buildings could allow the city to build improved police facilities, which they need, while then evaluating fire facilities needs, which are not as urgent.

Williams also said the city is currently looking at how to fund construction of new police and fire facilities without raising taxes.

The commission is expected to revisit their discussion in February. Scott asked commissioners to think about the direction they wanted to go and whether they were comfortable with the budget estimates.

Carthage is moving ahead on a new police and fire building, with commissioners agreeing to n…