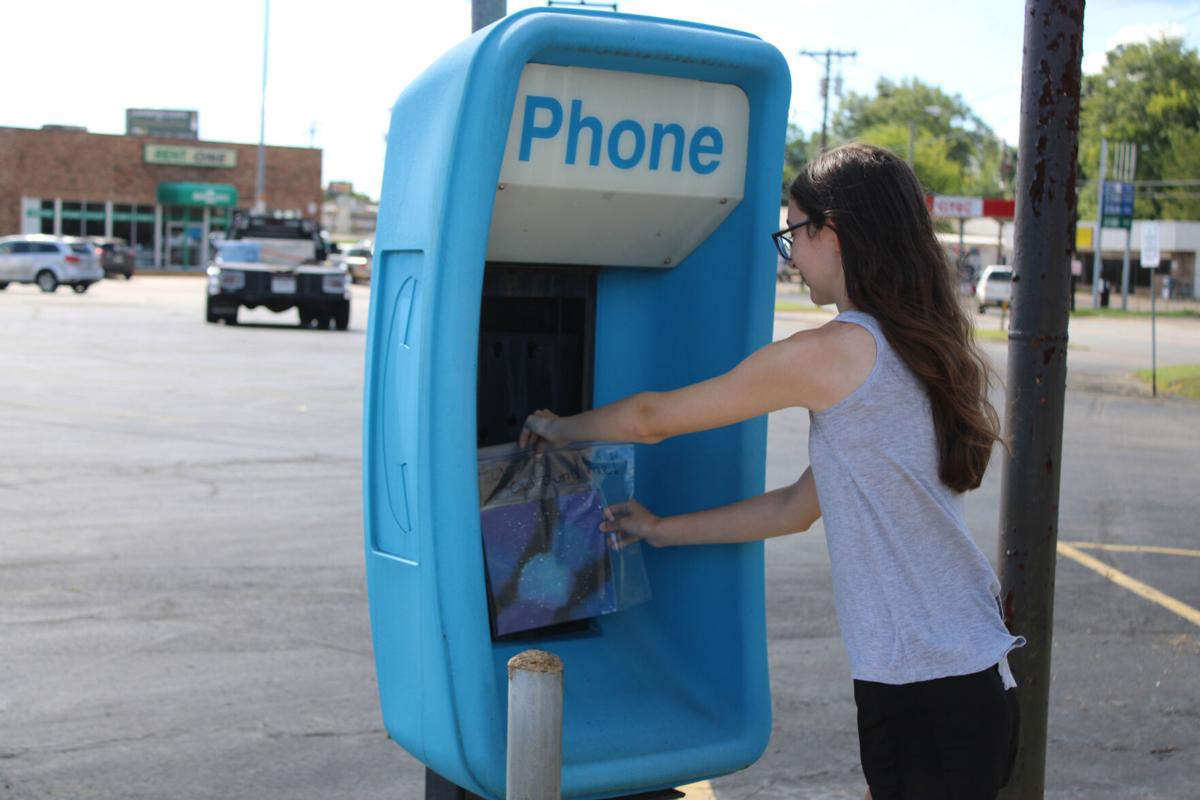 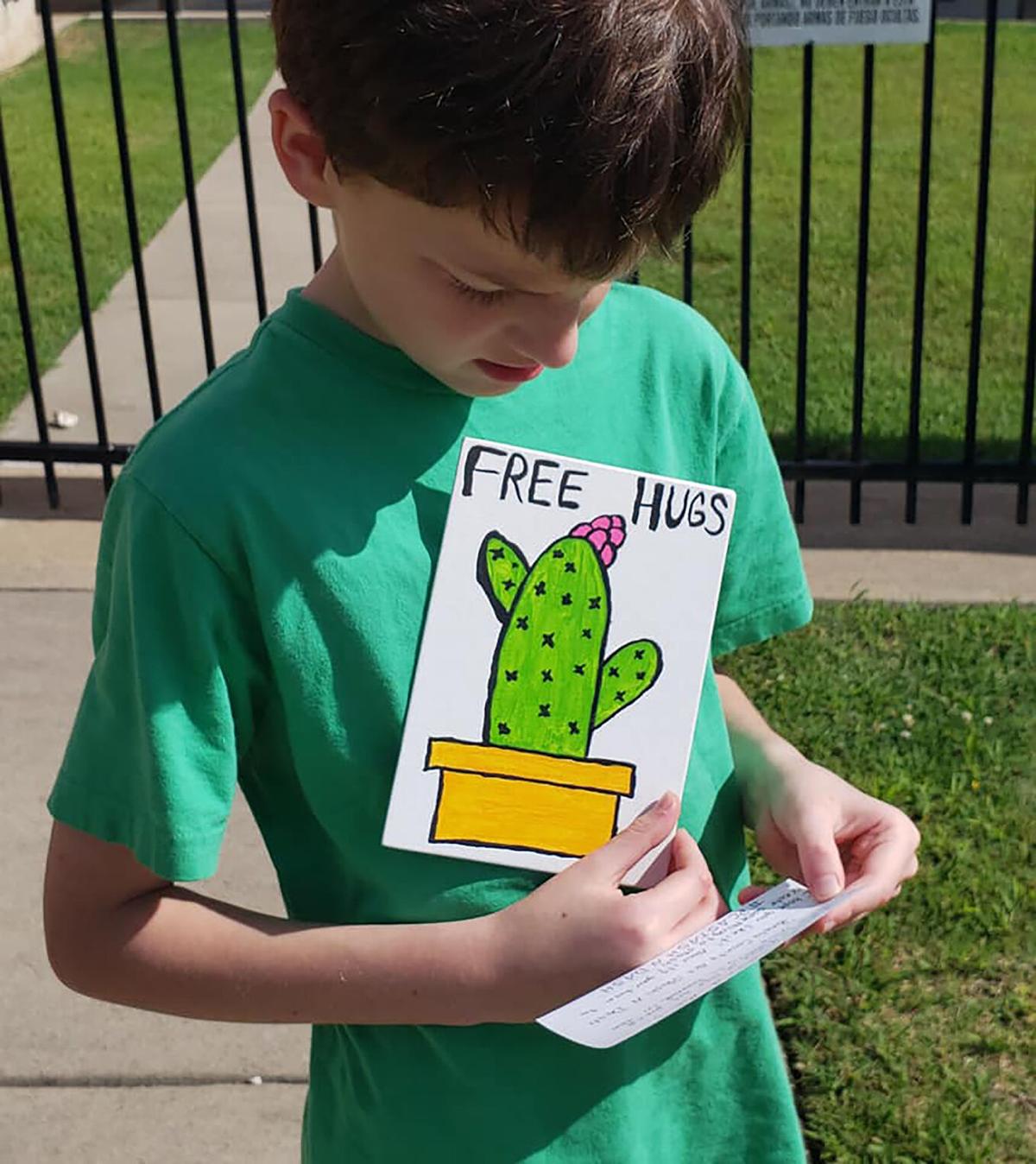 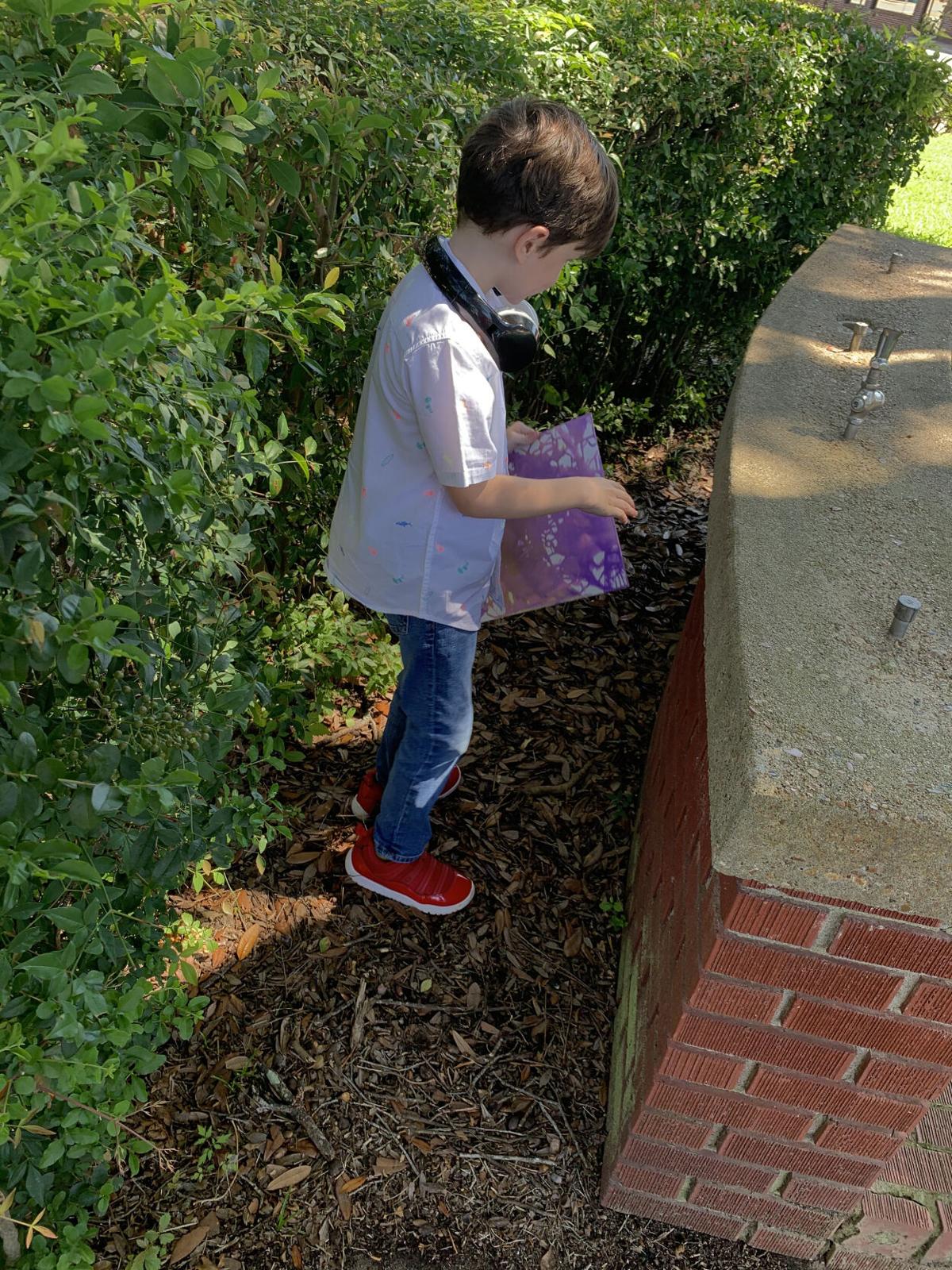 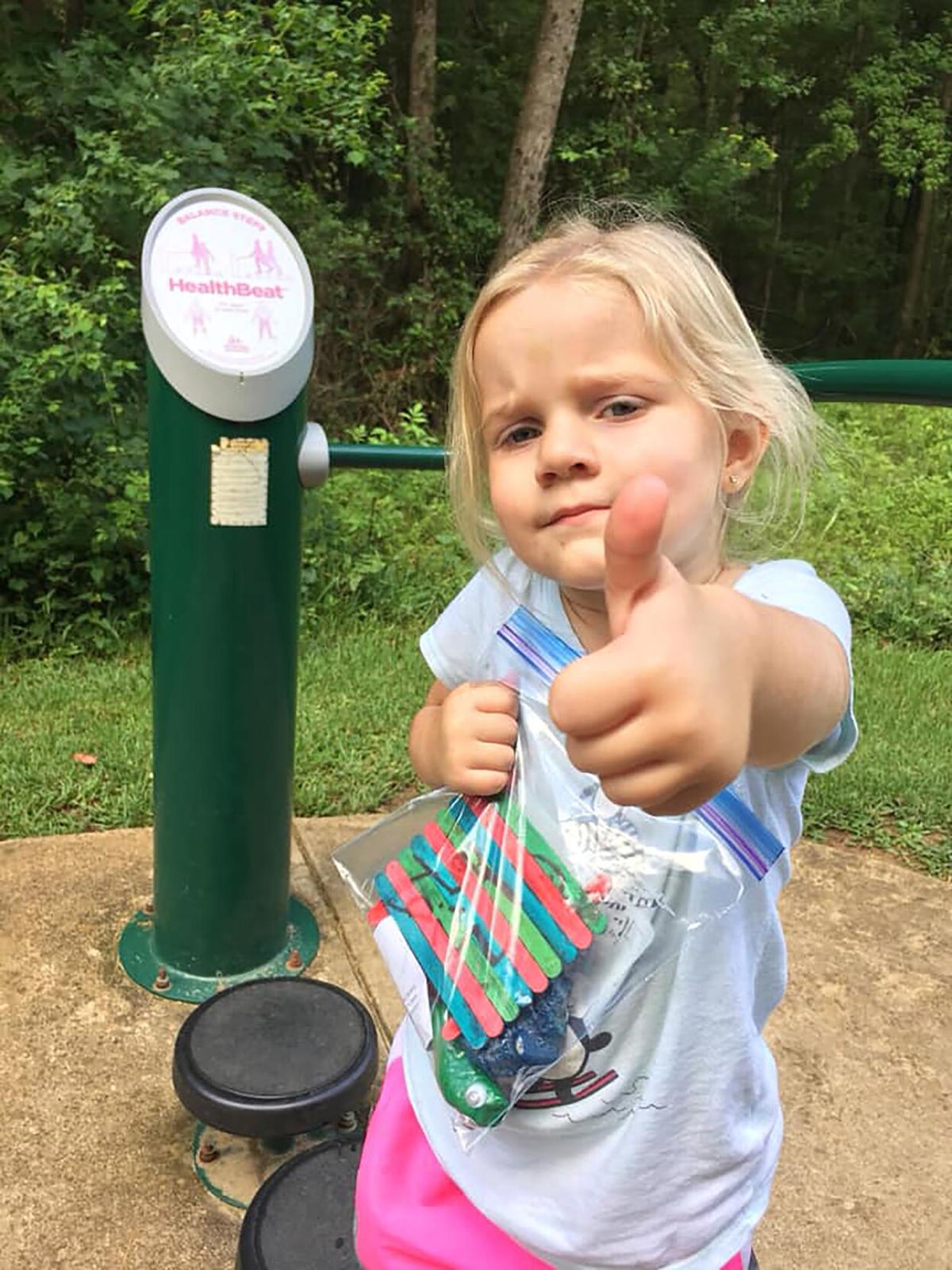 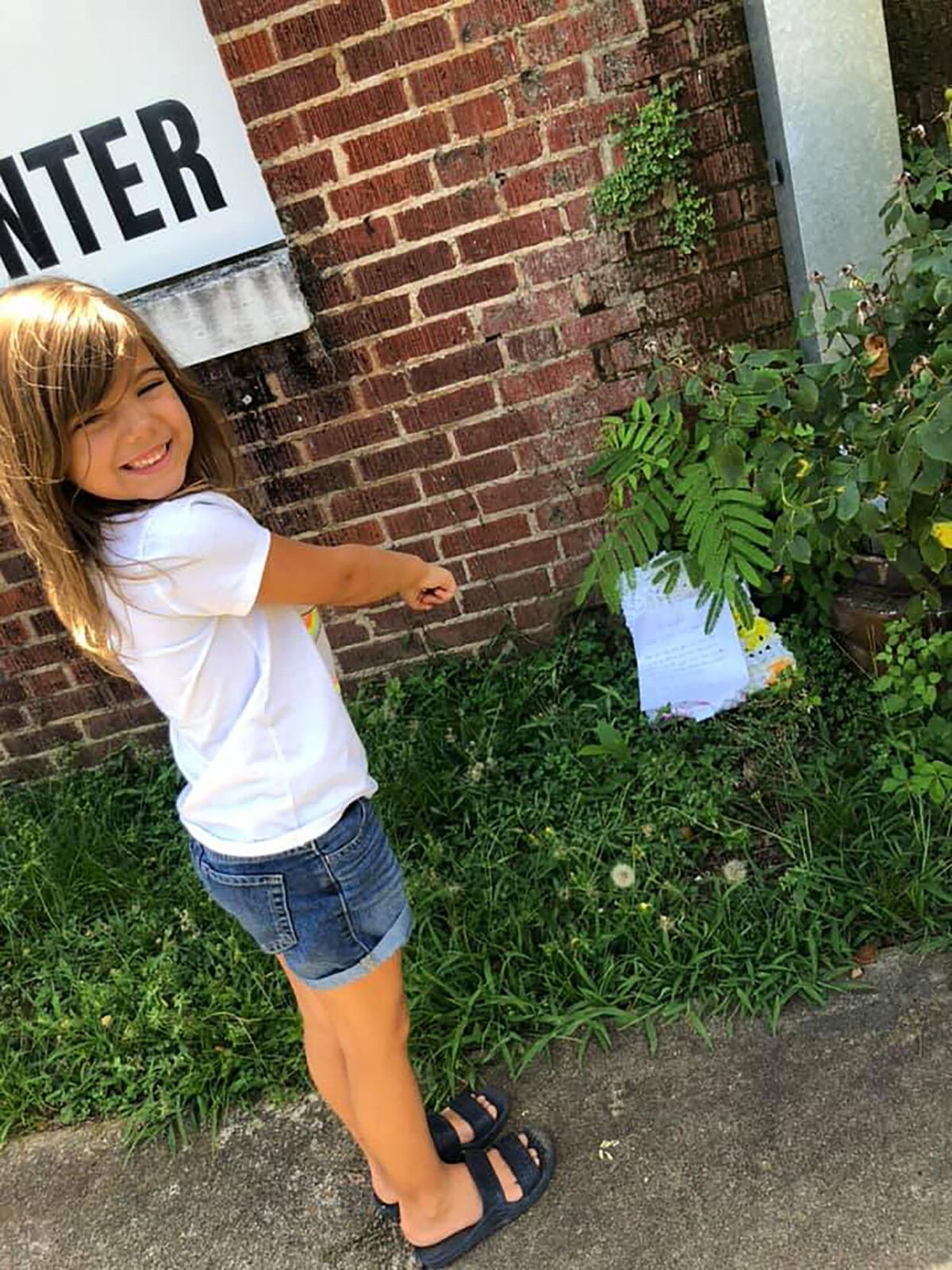 Above and below: East Texas children get in on the fun of stashing and dashing art treasure hunts. 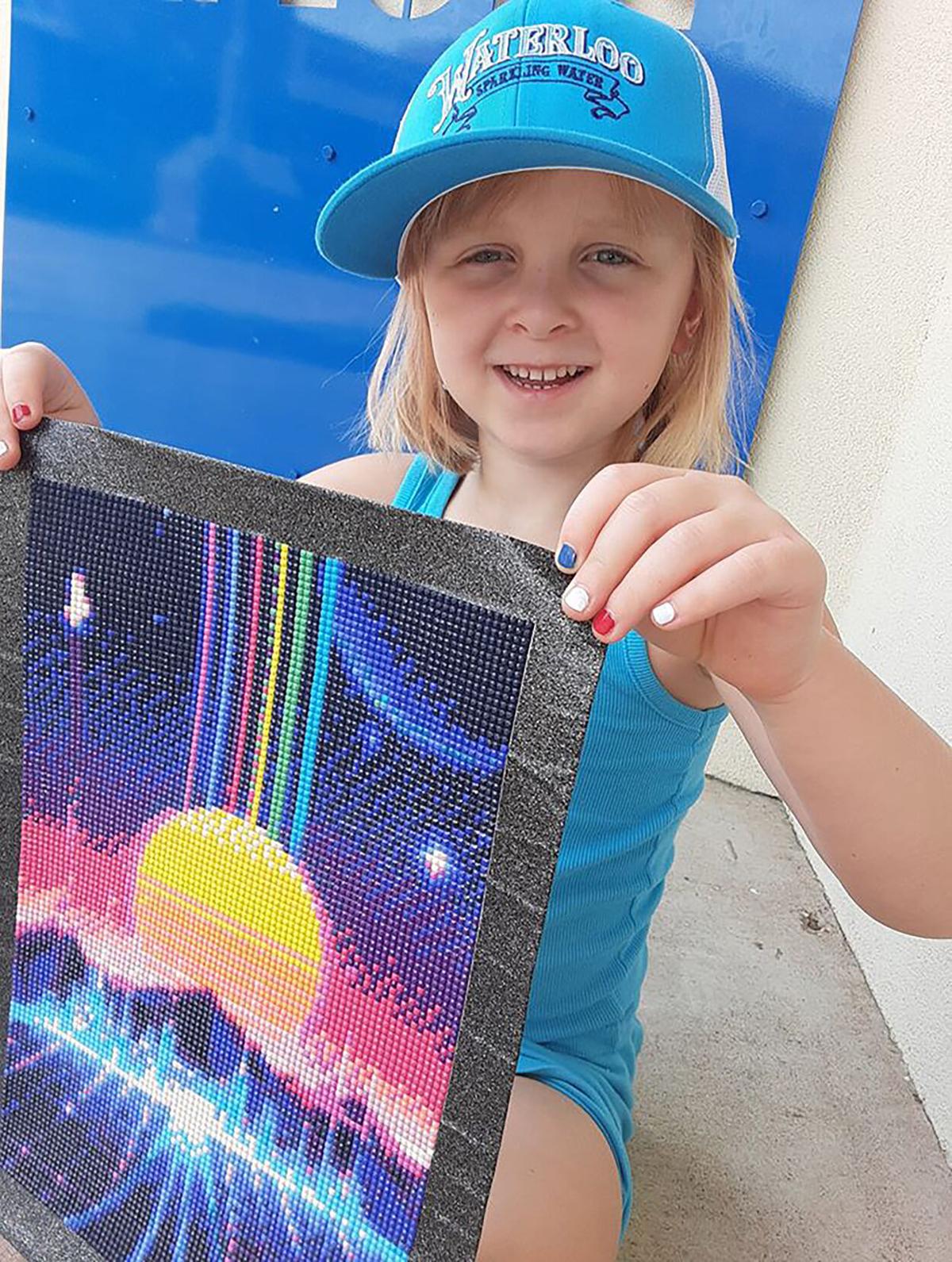 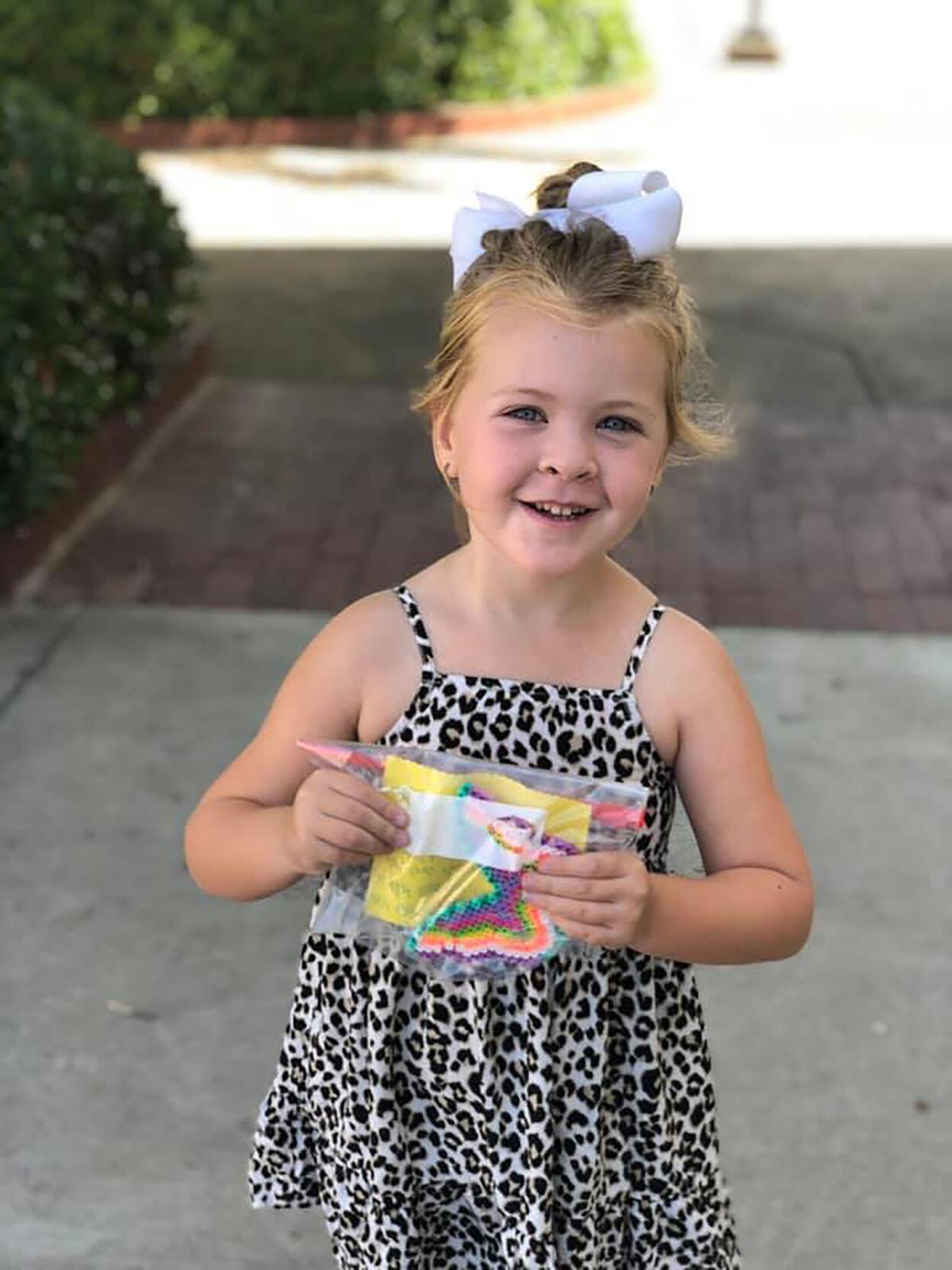 Above and below: East Texas children get in on the fun of stashing and dashing art treasure hunts.

Love free arts and crafts? Look no further than a group on Facebook called ETX Stash An Dash.

Tiffany Downing began the group in May. It allows anyone in the area to ‘stash’ art and other crafty objects for others to find and ‘dash’ away with around the community.

“It was actually the quarantine (that inspired the group),” Downing said. “I was not handling everything so well and kind of turned to crafts to try to get my mind off of stuff, but quickly it became a hazard in my own home because I had like 14 glass terrariums hanging around, and then I had paints and all kinds of jewelry stuff that I’d just been tinkering with throughout the day because I’m a stay-at-home mom. My husband came home one day and he was like ‘I think it’s great what you’re doing, but what are you gonna do with all this stuff?’”

The East Texas wide group has inspired at least 12 other stash and dash groups to pop up in Texas and as far away as Rhode Island. Two of those groups are a bit more locally centered — Panola County Art Stash N Dash started by Brandi Pitts, as well as Panola & Shelby County Stash an Dash started by Dina Donald.

Downing remembered a group in Austin that did ‘Free Art Fridays.’

“A little small community would just get around and start hiding things, and it was either art, or some people hid different pictures that they had found online or stuff like that, and so I was like ‘I wonder if anyone would want this terrarium.’ And so I hid my first terrarium on Mother’s Day,” Downing said. “It turned out really really well ‘cause a little boy, I think he was about 8-years-old, had found it and was like ‘I’m gonna give it to my mom for Mother’s Day.’ And I was like ‘oh my gosh,’ and his dad was really really sweet, and he messaged me, he’s like ‘I just gotta tell you, that really made my kid’s whole month.’”

The group grew quickly. There were 200 members within the first two weeks, and now the group is comprised of a little more than 3,000 people. Downing reached out to another member, Austin Albert, to help her run it, and soon several more joined to help them run it as they grew.

“We kind of just became a team, and now we’re starting to bounce off different ideas of what we could do to try and make the community better, and it’s just becoming a whole community, a movement, and it’s so exciting,” Downing said.

Participating in the group is simple. Those stashing objects make a post on the Facebook page with a picture of the object stashed with clues to where it’s stashed — making sure to mention which city it’s in — and those who find art are asked to comment on the post with a picture of them finding it. If you find art, you’re asked to also hide something.

“I try to tell people whatever they have in mind, keep it family friendly and definitely do it from a place in the heart,” Downing said. “Don’t try to make it about yourself. If somebody finds your stash and doesn’t post about it, it’s OK because it still made someone smile. It’s not longer theirs if someone picked it up, and they still loved it enough to take it home... we definitely want to keep it art based. If you’re not super crafty or anything, you could always buy art supplies just to kind of push people toward more creating.”

Brandi Pitts, founder of Panola County Art Stash N Dash, is an art teacher, so this is right up her alley. She started out as a member a part of the larger East Texas group, and as more and more people started stashing in Carthage, she saw a need for a separate group. She and her daughters are currently creating small paintings to hide, but she said she has a ton of ideas for other types of art too.

“This activity has allowed me to share my passion with my daughters,” she said. “We create things together. I get to teach them new techniques and help develop their art skills as well as my own. Stashing and dashing gets them off of their phones and allows them a chance to get out of the house. Many days we drop whatever we’re doing and run to the car to go find something we ‘have to have.’ They know when I yell, ‘Girls! Let’s go!’ that there is something cool we need to go find.”

The group adds some positivity to the world, Pitts said.

“The world is so ugly right now, and I hope that stumbling across a random piece of art puts a smile on someone’s face, that it makes their day better,” Pitts said. “I hope that this group can help bring the community together and give families something to look forward to. I hope to change Panola County one art piece at a time.”

Donald said she started her group because the larger one covered more of the Longview, Kilgore, Tyler areas, and she wanted something for the little towns so they wouldn’t get lost in the feed of the bigger towns.

“I love the fact that even with COVID-19 we can still get out and have fun,” she said. “Giving away small things is something big to everyone, plus it’s fun as all get out trying to see who gets to the stash first.”

The aim of the groups is to bring communities together, Downing said.

“In terms of COVID-19, not personally bringing them together, but on a mental and virtual note and making people smile, and that’s what we want to reach, that’s what our goal is,” she said. “We want it to be nationwide, and we just want everyone to kind of lighten up, let loose and smile a bit more.”

Downing said that stashing is probably her favorite part of the group, and it’s especially fun if you’re able to wait around and see someone find your stash.

“I actually got to do that about two weeks ago,” she said. “Someone from Massachusetts sent in a piece of art and it was this beautiful rose, and so I stashed it in Longview, and I wanted to let my child play on the playground that was next to where I stashed it. So we just kind of stood there and played, and then suddenly this lady and her daughter pulled up and I was like ‘I wonder if they’re here to find it, I wonder.’ And she made a beeline to the tree and scooped it up and then started jumping up and down, and it was the best feeling. It wasn’t even my art, but just to see somebody so excited was awesome.”

The group has been a breath of fresh air for Downing.

“I didn’t know what to do in the quarantine, so for me it’s been like a beacon of hope, a beacon of light,” she said. “I could put my energy into something; I can think about something other than what’s going on in the news or the world, and everything suddenly doesn’t seem too heavy.”